When it comes to dining out, Los Angeles is all about image and showmanship and Top Chef-ery and exclusivity, so the fact that Kaz Oyama’s Totoraku reigns as the hardest restaurant to get into in the city is kinda mindblowing – and hilarious. Because Totoraku is flat on image. No website or social media, they won’t pick up the phone, even the sign outside is wrong. Something about a deli on the awning? 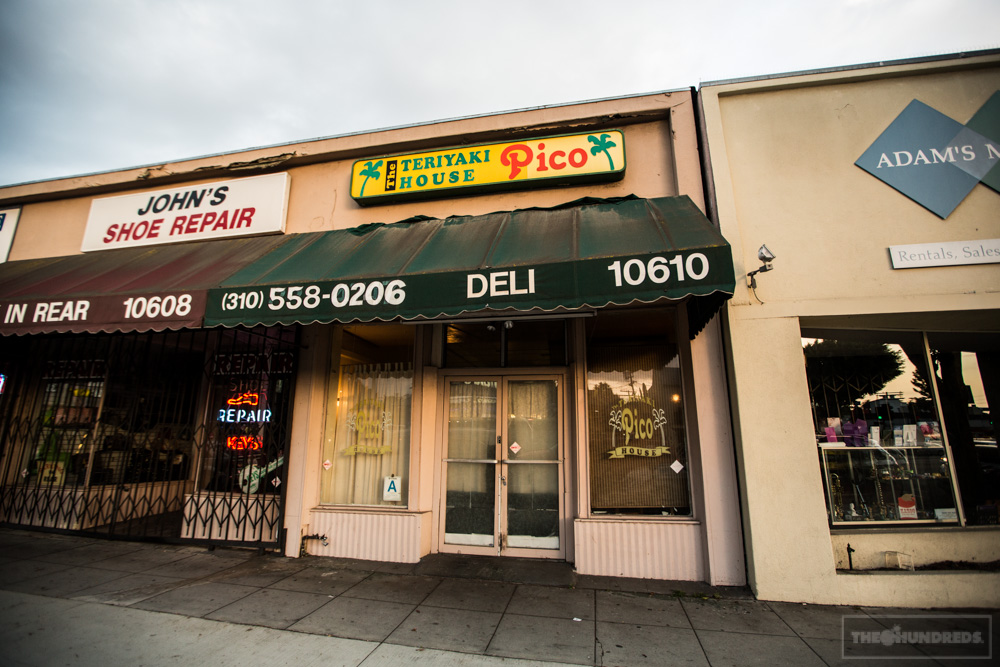 The first time you hear of Totoraku, it starts as a cloudy myth, an urban legend. “Have you heard of this secret restaurant?” “Apparently you can’t get in unless you’re friends with the owner.” “If he likes you, he handwrites his numbers on a card and discreetly passes it to you at the end of the night.”

All of these rumors actually turn out to be true. 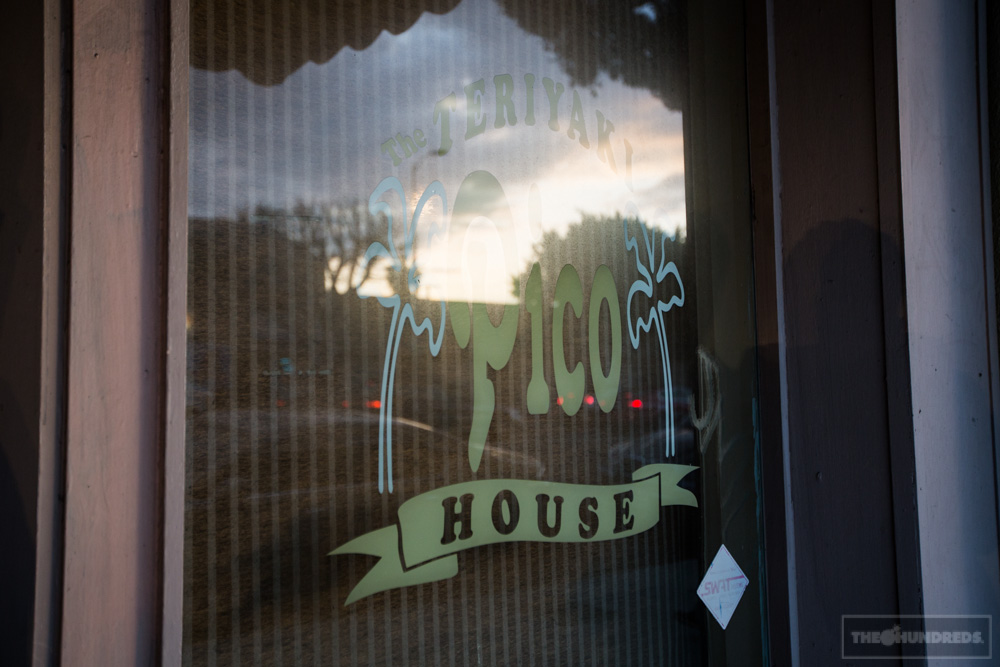 Chef Kaz opened this restaurant under the Pico Teriyaki House name years ago, but it failed fast. Instead of giving up, he threw all his quail eggs in one basket and went big on an idea that theoretically shouldn’t succeed in the States. The idea of Totoraku is to create a restaurant experience not unlike the geisha houses of Japan, where invitations rule over reservations, and hospitality competes with the delicacy. While the rest of L.A. restauranteurs are chasing celebrities and overdressing the venue, Totoraku is the unassuming underground clubhouse for every A-lister and superstar chef. 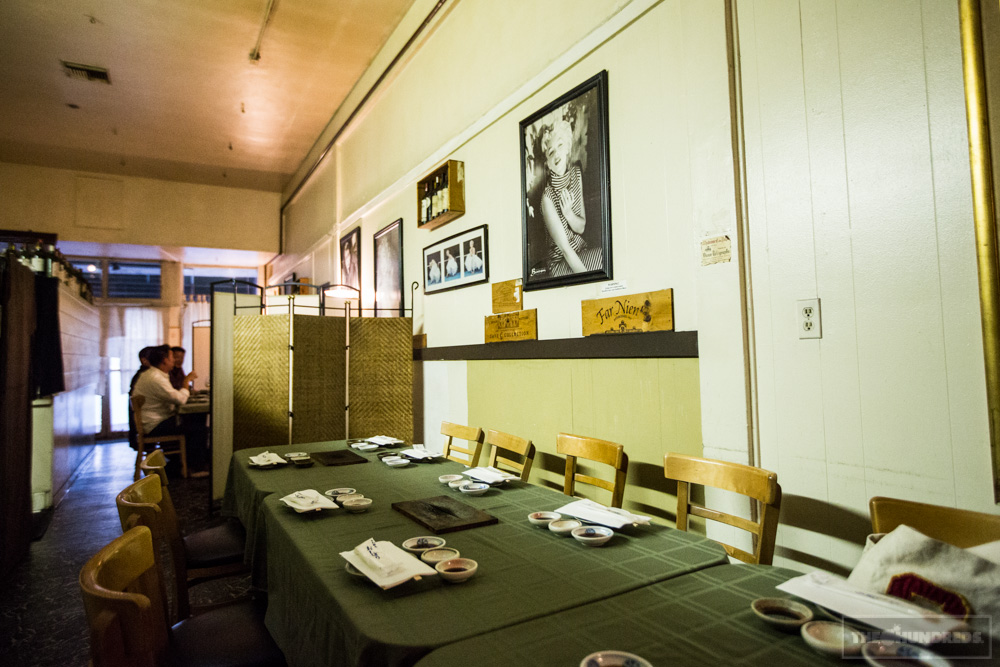 It’s true, the only way to eat here is to be Kaz’s friend and be specially invited by him. And the only way to build a relationship with the chef is by accompanying one of Kaz’s approved guests (we were all co-signed by our attorney Brent *THANKS BRENT*), and working your wiles. Except there’s no science to impressing this guy, really. Custom is every guest brings the nicest bottle of wine they can afford. Kaz is a big wine guy, but he’s had it all. Said one patron brought him 3 different years of Screaming Eagle once (if you know, you know) to wow him. He then referred to the show-off as “this stupid guy.” 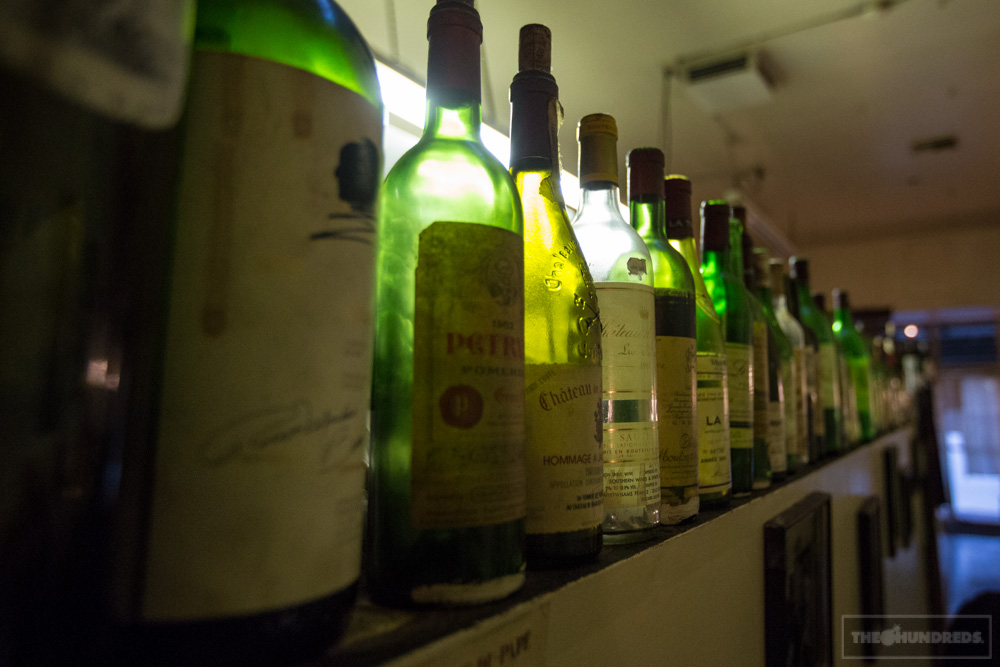 Although people stay for the chef’s showmanship and banter, they come for the food. Los Angeles Magazine doesn’t call him the Zen Master of Beef for nothing. Kaz serves kaisekistyle (multiple-course meal), a mix of raw meats and yakiniku (grilling at the table). There were some things I ate last night that I’ve never been afforded the opportunity to taste in my life (and probably won’t ever again outside of Totoraku). 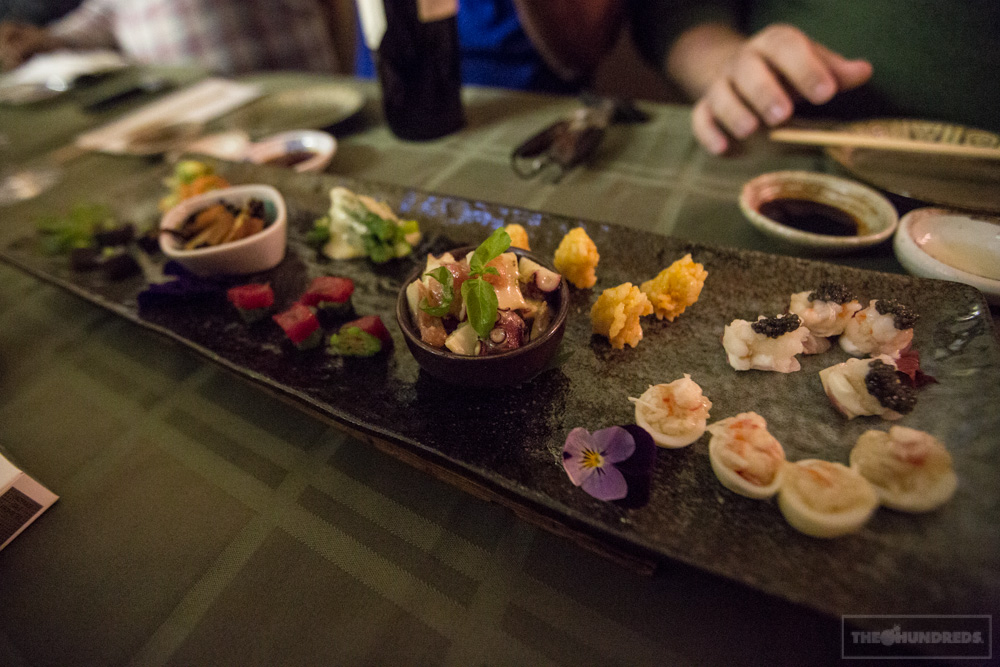 Like this dish. Okay, see that bowl that’s no larger than a lemon? That particular meat comes from a special area of the cow’s neck. That amount of beef took 2 cows to make. 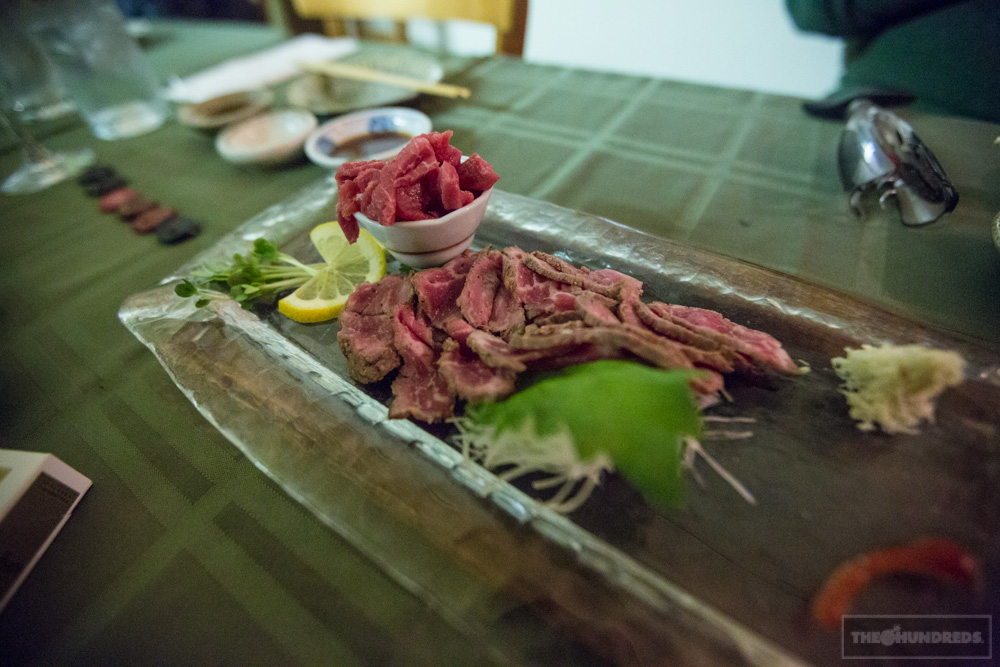 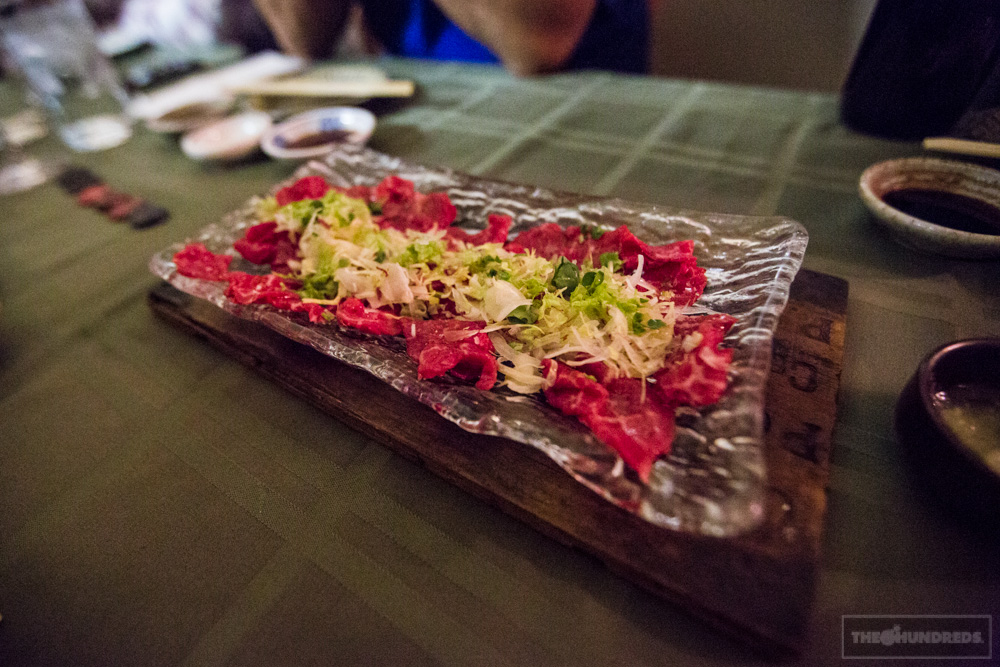 This was my favorite entree, which is a beef tartare topped with a quail egg and mixed with pear. I noticed a lot of Korean crossover in our selections, and this dish is akin to yukhue. 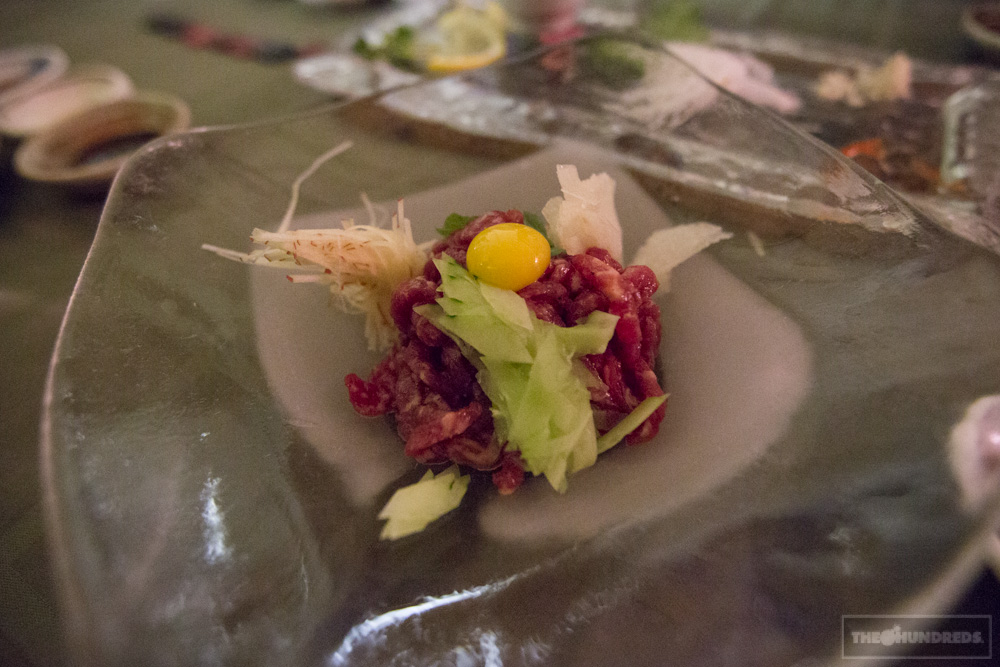 The rest of the night was yakiniku: tongue, short rib, short rib, and more short rib. Sprinked with green onion and dipped in the house sweet sauce, the meat was buttery, not overwhelmed with marinade but ripe with the inherent taste, it really doesn’t get better than this. 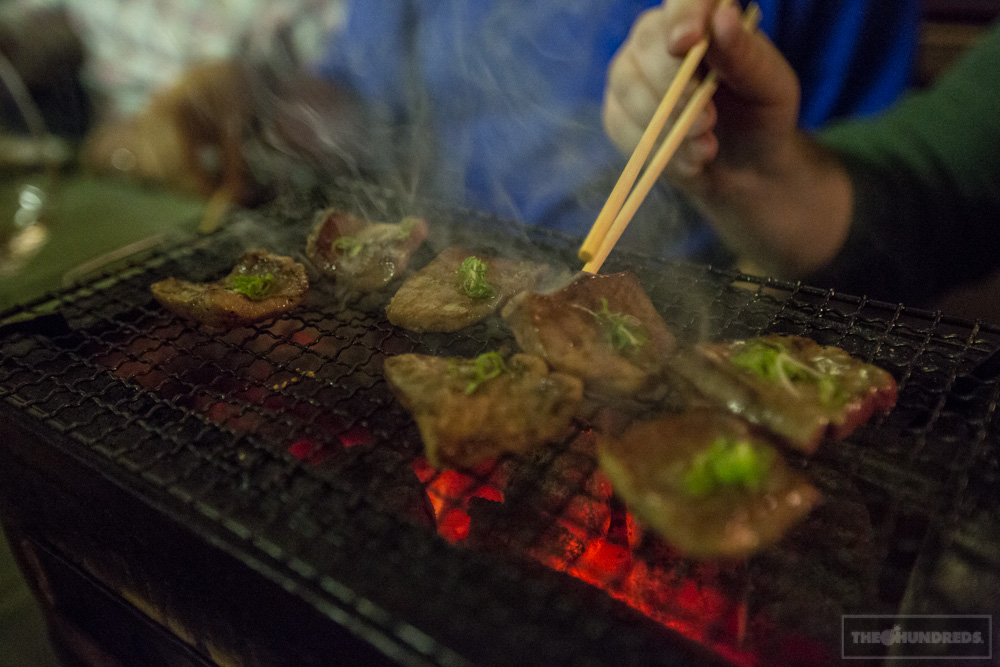 But of course, the most memorable part of the entire experience was time shared with the Chef. He book-ended our evening by regaling us with stories of the best sushi he’s ever had in Japan and why Jiro’s all media and PR. For Chef Kaz Oyama, it comes down to hospitality. The community and the friendships. Why be a dick?? Like all great brands who really get it and are here to last a lifetime, Totoraku understands that it all starts with, and comes back to, the people. 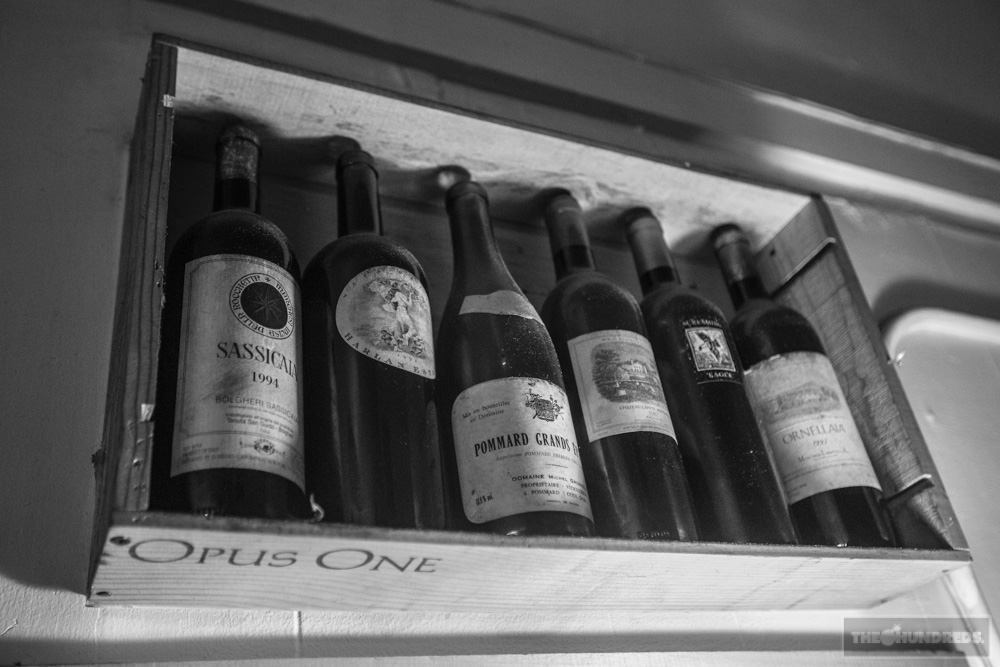 We watched an entire table full of guests next to us get shut down for the “card,” these were dudes spending $40,000 on a single wine bottle. As the chef walked us out, he knighted Jon Hundreds as his new “friend.” Jon, the guy who barely spoke a word to the chef the whole time, got up 11 times to smoke outside, and hated raw beef. Until tonight. 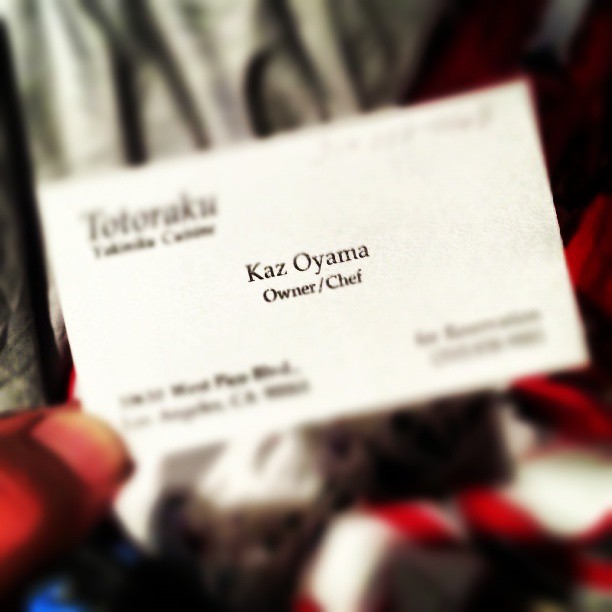