As the Sun-Times Media, and 58 other newspapers, took a nasty nosedive last week, the day we’ve all been expecting is upon us: Print media is falling by the wayside. Statistics came in last week that 0% of the under-30 population reads newspapers. That’s not 5 out of 100, not 1 out of 100,.. that’s NOBODY out of 100. Considering the demographic that reads this blog, that means neither you or anyone you know reads the morning paper. Maybe Kevin Arnold’s dad on The Wonder Years.

Our kids are gonna grow up in a paperless world. I can be the old, stubborn guy and whine about how that’s a bad thing, or just see it as a different thing. As most of you probably know, my background is in print media, ‘zines and magazines.. it was my first foray into the street culture universe, and that’s why I’ll always have a special place in my bookstand for annals of my favorite mags. 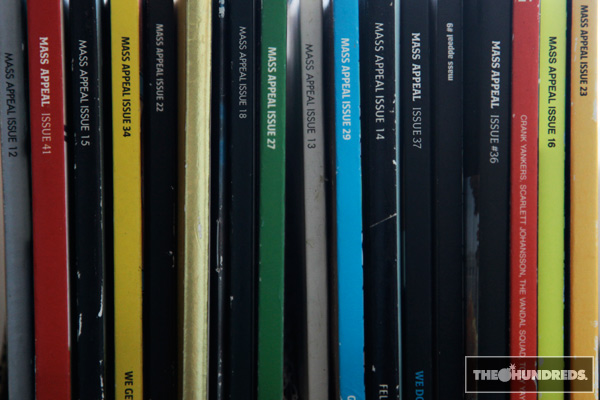 The New York-based archetypal street culture book bowed out gracefully last year, after over a decade of building the platform for, and documenting, the legitimate “urban experience.” I started collecting Mass Appeal at the same time I was formulating my own perspective on street culture. So in many ways, to understand The Hundreds and what streetwear stands for today, it’d do you good to also know what Mass Appeal was all about.

The following are excerpts from some of the earlier (not earliest) issues, circa 2000, 2001. In my opinion, the glory years. The original Alife squad was running Creative, co-founder Patrick Elasik hadn’t passed on, Angela Boatwright was banging out the bomb photography, and IRAK was all up in the piece. Case in point: Issue 10, with the metallic gold perfect-binding. Speaking of IRAK, you know whose grill that is. 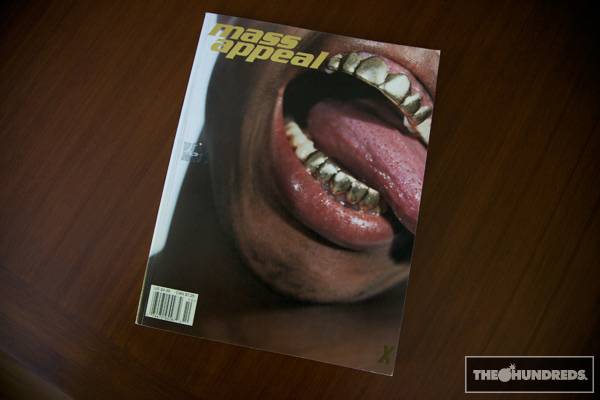 The editorial associated with this shot was interesting. Talking about how we aren’t looking to buy mass-produced, mall-stream apparel. How our reality is driven by limited, creative, unattainable goods. Like the IRAK camo hoody, Alife-customized Levi’s (years later, truly did become a reality), and some of the first RTFT (Alife) slip-ons, which were never instock whenever I hit up their original shop on Orchard. 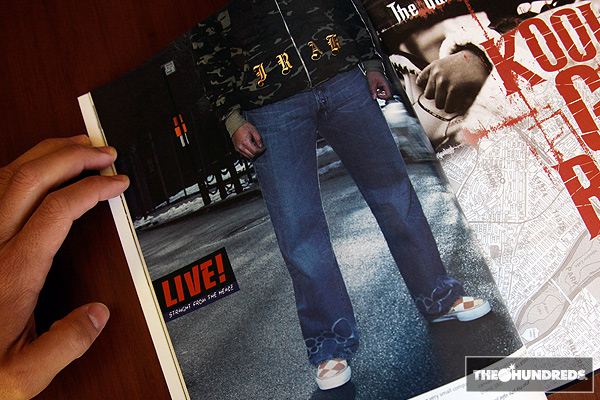 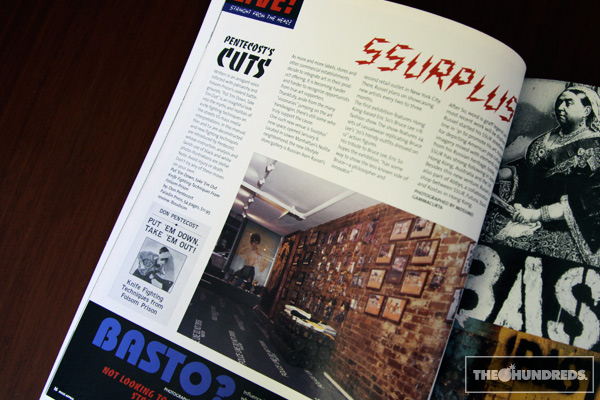 You gotta remember that this was before the internet had permeated the culture, so outside of NY, this was the way most of the world found out about new retail boutiques like Alife Rivington Club. The entire concept of an exclusive sneaker aficionado’s lounge, buzz-in door, carpet/wood furnishings, was further shrouded in mystery by the scant reporting offered to the public. Which forced people like me to save up for a plane ticket and fly out there to see what the experience was all about.

These days, you don’t get that too much, thanks again to the dub-dub-dub. 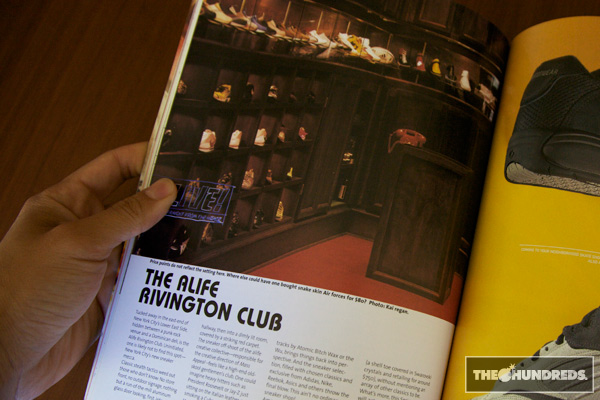 The popular brands at the time were derived from a latter-day hip-hop aesthetic, technical outerwear, zippers and nylon and hidden pockets and all that jazz. Reflective of Triple 5 Soul, Spiewak, Ecko, anything you’d find on DROOG.com.. this was when hip-hop culture was still very cool and bankable, so lots of graffiti and turntable references also.

Speaking of popular brands of the time, look at that, Landscape at the turn of the millenium. Now known as Crooks & Castles. 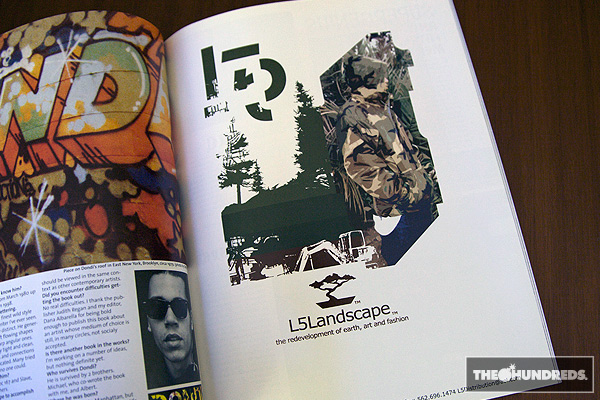 Portraits of the architects… 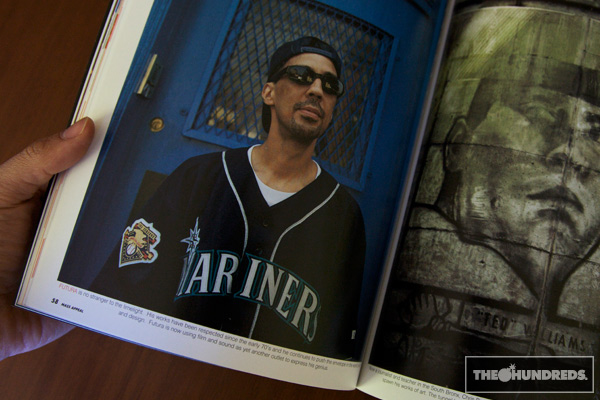 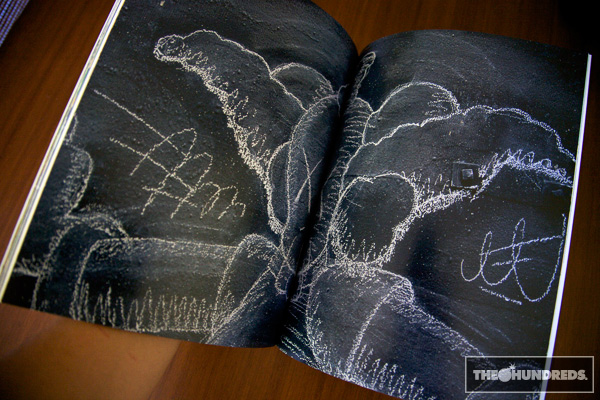 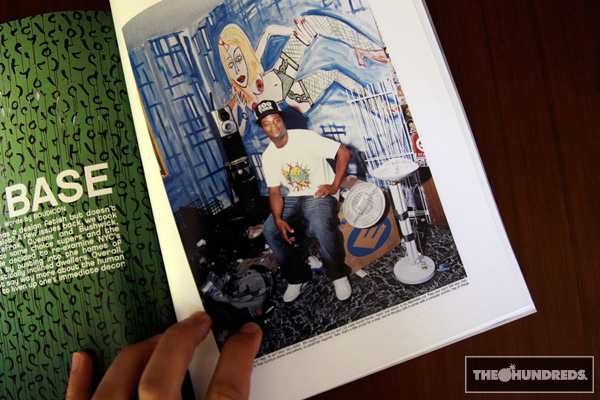 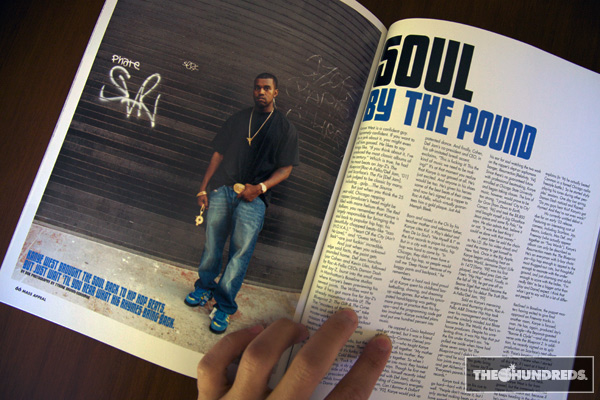 …the original Supreme team. Mass Appeal #12. 2001. Again, in my opinion, this is the be-all/end-all Supreme interview. Kicked off by Alex and Gio, Aaron, and then finished off with Jebbia, the article hones in on Supreme’s 7th year of existence, explaining the original concept for the brand (which they’ve still never strayed from), why they didn’t have a website at the time, how Supreme acts as currency in many countries, and what New York skate life was all about. Aside from the ones who went on to have burgeoning professional skate careers, a good number of the heads in this shot went on to start their own stores and brands that you shop at and buy today. 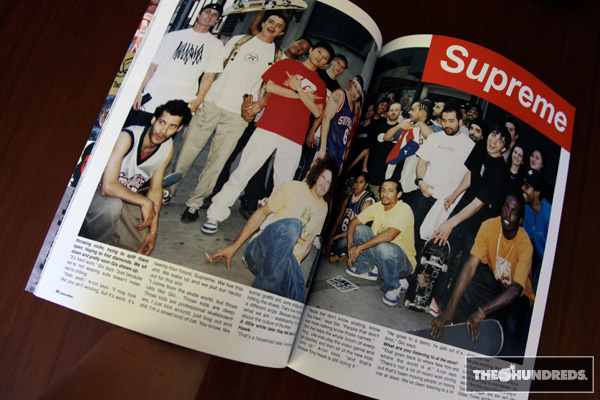 Speaking of A-ron, early aNYthing ad from 2002. Act like you knew. 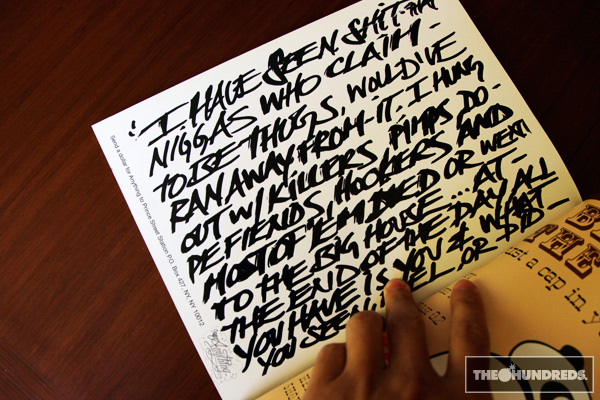 Aaron also had a regular column where he did a quarterly wrap-up on happenings in the city. 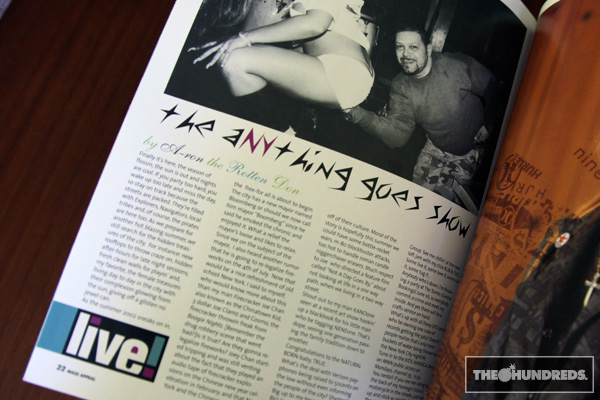 Later on, I ended up getting a Mass Appeal column myself, breaking down the ins-and-outs of Cali culture. It was taggedWRITE FROM LEFTand yes, I miss doing it. 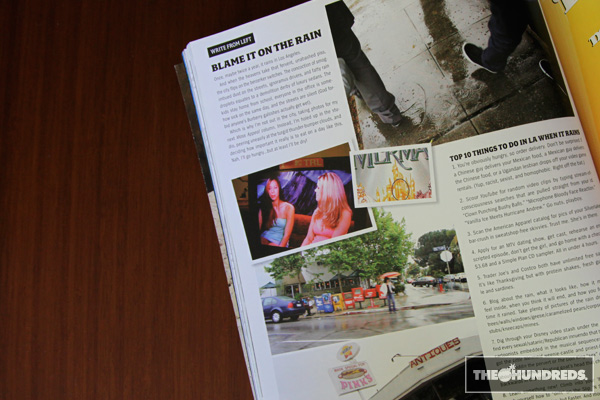 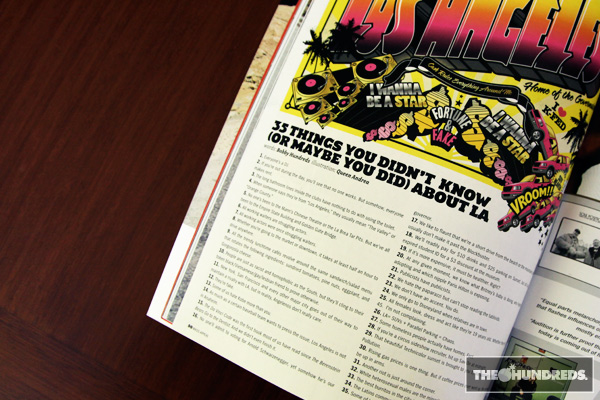 And yes, I miss Mass Appeal. 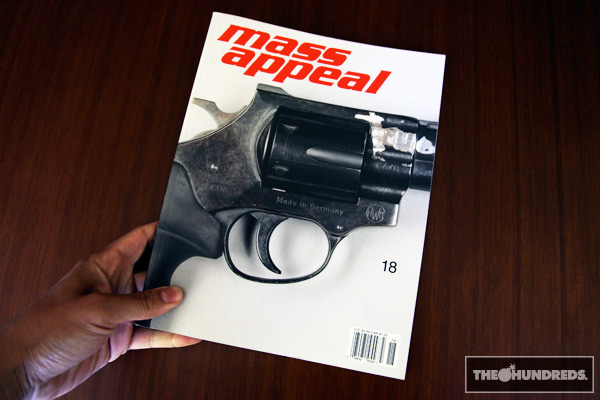