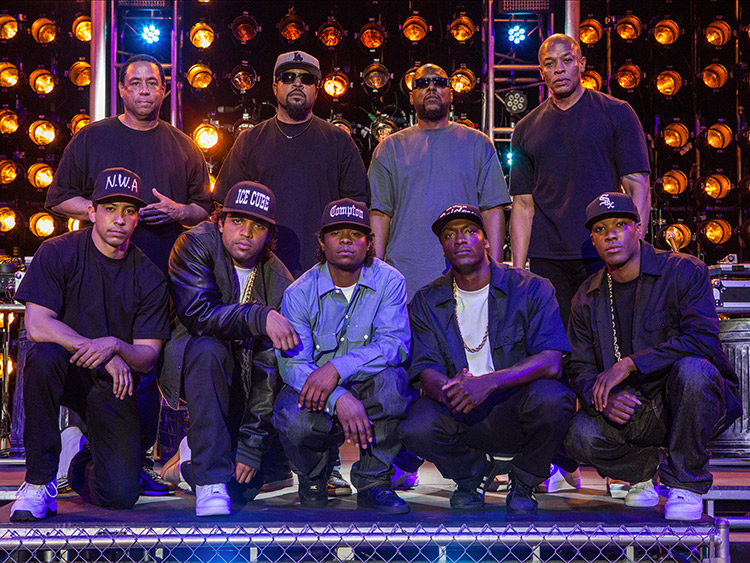 There’s a lot of talk right now that the feature-length film is an endangered species. As serial television, Netflix shows, and Amazon continue to deliver quality content – and as YouTube clips erode our attention span – the idea of a $14 two-hour movie is almost daunting in the handheld entertainment age.

But Straight Outta Compton overwhelmingly disproves this theory. Who would have guessed that a rap biopic choked with F-bombs, video hos, and Paul Giamatti in a wig, would evoke a new way to relate film to a young, relevant audience?

I know I’m a week late and $14 short, but I finally got around to watching the NWA movie last night, and can easily say it’s my favorite movie of 2015. When a leak of a teaser of a trailer first spilled onto the Internet late last year, I immediately slapped it onto our site. My body was ready. I mean – come on – Ben and I grew up in this era of dangerous hip-hop, pandemic gangbanging, and parental advistory stickers. It wasn’t the best of times, but it was authentic and coarse. I’d never promote gang violence or misogyny in music, but there’s something to be said for literal, vehement rap that speaks out against injustice. Compared to today: ironic, gentrified hip-hop that chases after views.

However, I was still cautious. Again, I vividly recall the ’90s. Gangsta rap wasn’t fabled or storytold. NWA was a very real thing, a very powerful and menacing phenomenon. Imagine if Kanye West penned a song called “Fuck tha Police!,” and had a nation of young, angry teenagers chanting it like a mantra. Now turn the clock back almost thirty years, before mainstream media crowdsourced police brutality videos. As America was crawling out of the crack epidemic. On the brink of the LA riots. Just a generation before, segregation was still alive and well. Oh yeah, rap music itself was still as taboo and publicly abhorred as pornography. To America, rap was a crude weapon, not a flag to bear.

But Straight Outta Compton delivers. First, the acting. I know, right? Dare I say..shockingly good? I heard Cube, Jr. trained for two years to get his part down. A comical Jerry Heller at first, Giamatti quickly wins us over (as he tends to do) with frankness and commitment.  In a first-class performance, Jason Mitchell challenges us to make all sorts of comparisons in our head against the late NWA frontman.  By the close of the movie, we can’t imagine Eazy-E any other way.  There are rumors that this is the first Oscar contender of the season, and I’d have to smile and nod my head.

Making movies is troublesome.  To produce a good one, near impossible. I’m no expert, but in the last eight months, I’ve endured a crash course in filmmaking with my documentary, and can unequivocally say it’s the hardest thing I’ve ever done. And so I can empathize and only appreciate F. Gary Gray’s direction that much more.  Locations to scout, storylines to arc, actors to wrangle. Editing alone – How did they pare down

into a 2-and-a-half-hour narrative that feels fluid, logical, and captivating?

And all of it told through resplendent cinematography and heavy-handed production. This is what I love most. Hollywood would have never signed onto such an idea. The American moviegoer long gave up on taking rap movies seriously. Yet, with Dre’s and Cube’s venerable lifelong success (and pocketbooks), with an earnestness to the NWA story that flies above mediated sensationalism, and most of all, the decision to design a great, honest movie that cuts through race, class, and generations (instead of just a great, honest rap movie for a young, black audience), Straight Outta Compton prevails. No Marvel superheroes. No 3-D special effects. Just an impassioned story to tell, in the face of industry norm, public expectation, and inequality.

It doesn’t get more NWA than that. 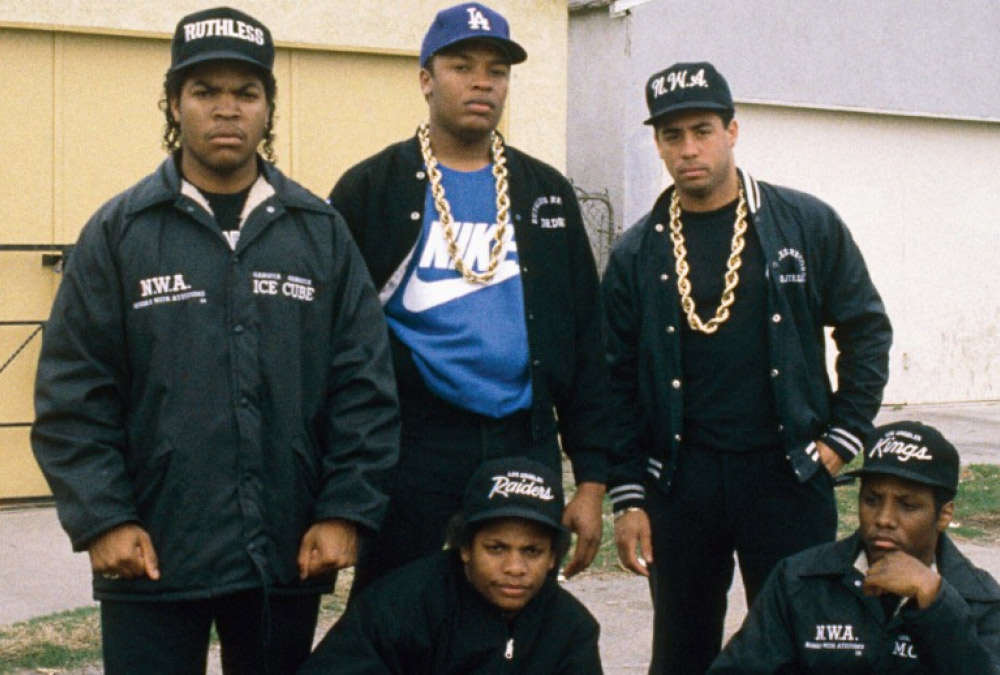 Brandon Diaz
"[SUGE KNIGHT'S CHARACTER] IS SO UNTHREATENING ON-SCREEN THAT I WAS WONDERING ABOUT HIS PINTEREST ACCOUNT." Brandon Diaz hilariously reviews the film Straight Outta Compton. VideoDaze
The long-awaited N.W.A. biopic, "Straight Outta Compton," may not hit theaters until August, but you can check out the energetic first Red Band trailer for the film here with a brief intro from Ice...
HIDE COMMENTS