BEATING THE ODDS :: THE STORY OF IN4MATION

This summer, we’ll be introducing a collaborative project with In4mation that’s been years in the making.  And by that, I mean the friendships we’ve developed with the Hawaii-based crew, the mutual respect we’ve fostered for each other, and the creative competition we’ve shared between our brands.  I recently caught up with Jun Jo – one of the four horsemen – on the past, present, and future of In4mation. 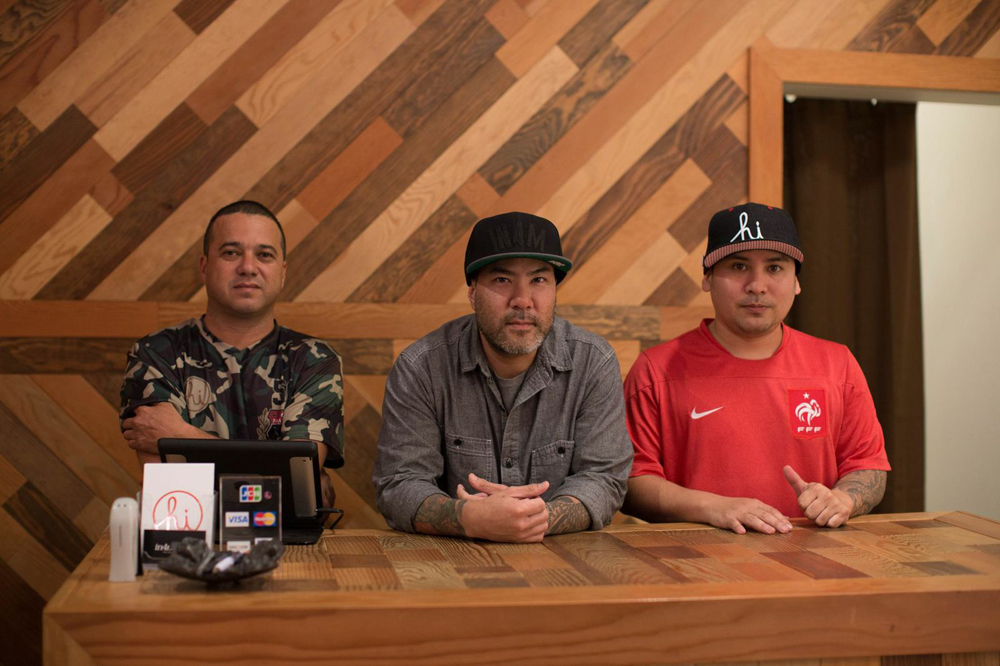 I’m trying to think way back to when I first discovered In4mation and what intrigued me. The first thing was the San Diego tie-in with this collective of designers and creatives that I deeply admired and looked up to. Can you talk a little about that crew and how In4mation fomented around that?

Yeah, we really looked up to that crew that Alyasha Owerka-Moore put together.  For me, I was lucky enough to be put on the team as their only sponsored surfer.  Around the same time, my partners from In4mation (Todd , Ryan, and Keith) were working with them as well, so it was a real natural thing for all of us be tight with the SD crew. It was such a great time I think for all of us, as it set the base to what streetwear is today.

I think what most distinguished In4mation from everything else at the time was that not only was it doing some of the most progressive and original work in the Street design space, but it was coming out of Hawaii, of all places. Not New York or Tokyo, but right inbetween on an island that is known in the larger consciousness for tourism and beaches.  How important was Hawaii’s role in In4mation’s DNA and eventual success?

Being from Hawaii helped a little, but I think it was more of a mindset that we all had at the time. It was a consciousness we had that was influenced from what we were into, which was skating and surfing. Which led to music, then design and concepts. 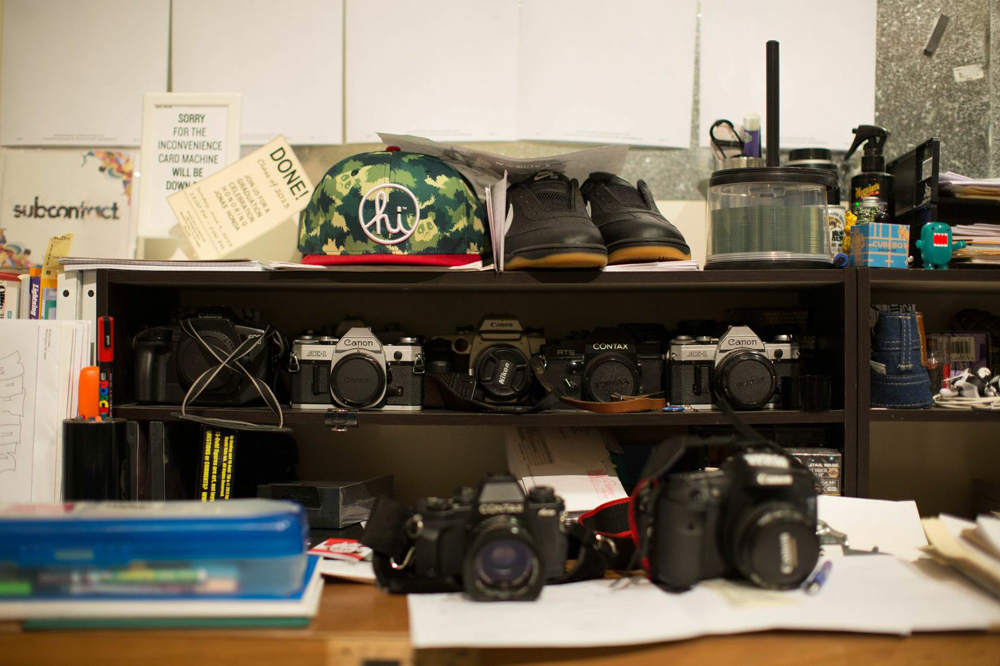 The brand has had a storied lifetime. Just from a business and corporate vantage, I know it started off as a smalltime project amongst the 4 guys and then I remember when it exploded into this larger skate company thing.  Now it seems like it’s returned to its roots. More core, more pure, in my opinion.  Can you talk about that journey and where In4mation stands today?

Well, when we started, it was all about doing what we wanted to see in a brand. Soon In4mation caught on, and to be honest, we strayed away from who we are. We had an office in NYC with stressed out humans treating people terribly, which in turn just made things something we never wanted to be. From there, we decided to move forward which is kinda funny, as our motto fits into where we are now: “I shall proceed and continue.” It’s been a journey and we feel real happy for who we have become, and the brand’s direction is now where we have always envisioned it to be. It’s something that we live, love, and feel. We’re real proud of where we are now with everything.

The Hawaii street scene that I fell in love with–In4mation, Fitted, KICKS, Leilow–has now grandfathered in a new generation of brand-runners and visionaries.  Who is this group, and what is the climate for Streetwear in Hawaii right now?

I have to say when we first started, it was only us and KICKS with Fitted following 5 years or so later.  Now 10 years later, there are so many brands and new shops popping up everywhere. It’s amazing to see how polished the new guys are and to be honest, it feels good to see them prosper. These new businesses are providing a roof over families’ heads and food on the table. It’s amazing!! Hawaii is a strong, proud place with everyone from the islands supporting all of us who are working hard to do what we love. 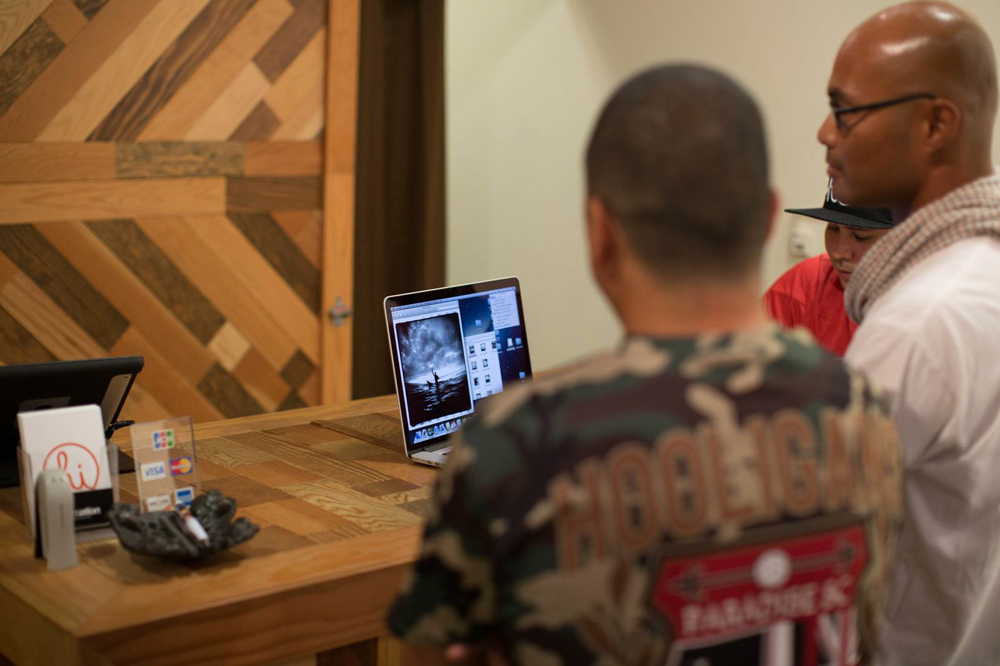 In4mation is geographically wedged between Asia and the States. From your objective view, what’s going on, trending, and happening on both sides? Both Street/Streetwear wise, and beyond...

Right now, it’s a strange time of brands losing a little of their identity by chasing trends. It’s happening everywhere–Asia, Hawaii, all over. I think it’s a time where we have to look at ourselves in the mirror and say, “Is this me?” If it is and translates into your brand, I think you’re in a great place. People are starting to demand authenticity in brands now since there are so many corporate companies acting like something they don’t live.

You guys made something from nothing. I’m sure there’s an entire class of youth on the island that looks to you for advice, and want to do what you did. What do you tell them? What does it take to create a successful business that survives a decade, to own and operate stores, maintain a staff, and preserve a brand…?

It’s simple. If you love what you do, then that strength will get you through the ups and downs of being a small business. With the store’s staff and such, it all trickles down from the vibe that we carry, which in turn makes what we do a positive experience.