11 French Names You Should Know

Paris. What a terrible, piercing tragedy. I don’t know about you, but I’m still feeling the hangover from Friday’s terrorist onslaught in France. Maybe because I had just been there a few days earlier, on the same block as the Bataclan? Maybe because this evil is so incomprehensible and unpredictable. And inescapable. Whatever it is, the world seems to have once again moved off its axis. Is this our new reality, or has it always been?

Per usual, I turned to writing to help me process. My first inclination was to search for the positive, and that got me raking over all of France’s contributions to our culture and community. For example, have you ever considered how much the French have impacted street art history or the modern electronic sound? Then, you can start with fashion, from street to skate to high. Here are some of my favorite French artists and innovators who have led the rest of the world.

As with most “street artists,” the anonymous JR began his career in the underground as a prolific graffiti artist. He rocketed through the mainstream by blowing up and pasting his portraits of kids from the projects around Paris. JR won the TED prize in 2011, created the Inside Out Project with the money, and is now respected around the world for his “urban artivism.” 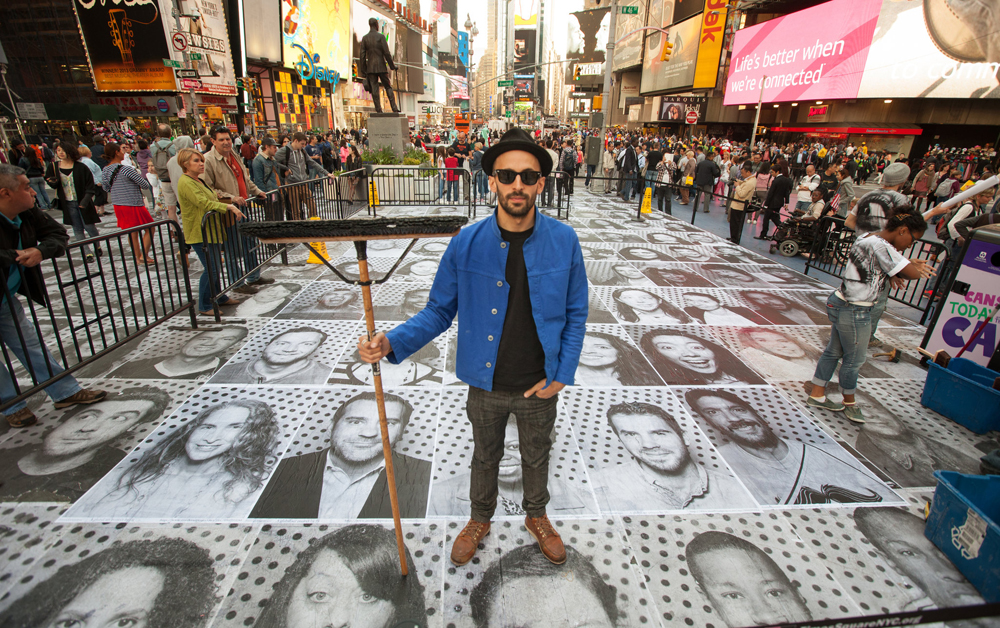 Although not a French native, André hails from Paris. The graffiti artist-turned-street artist has blanketed the earth with his ubiquitous Mr. A character. 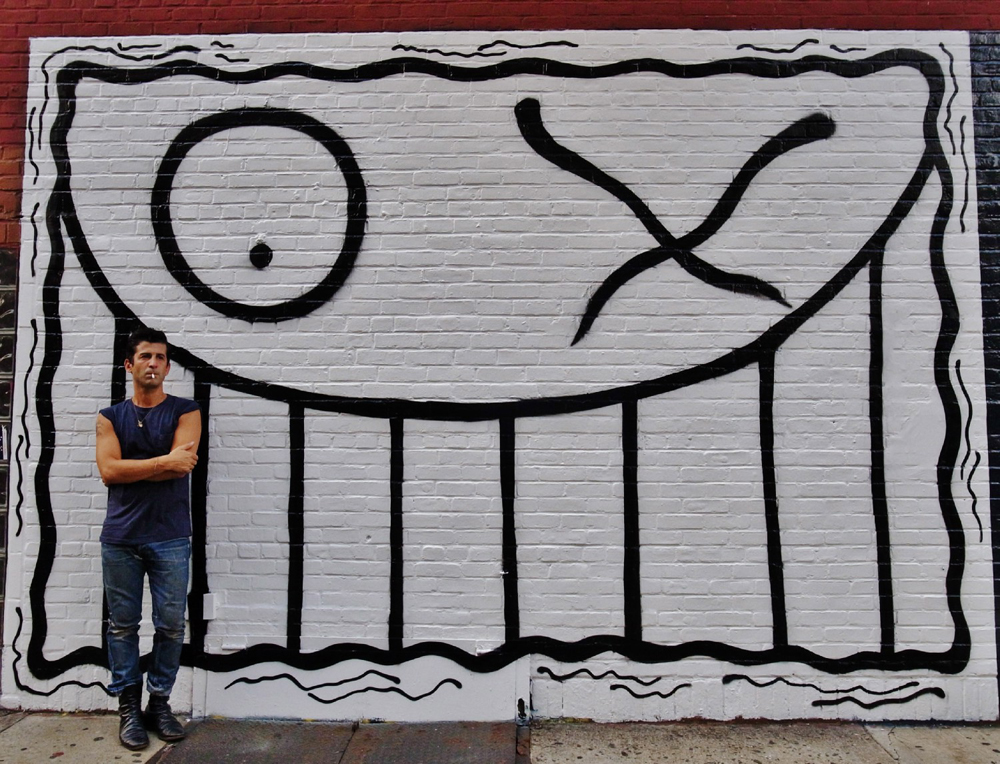 The greatest electronic duo of all time. Guy-Manuel de Homem-Christo and Thomas Bangalter—better known as Daft Punk—were responsible for a string of radio hits in the ’90s, but over the decades, have solidified a home deep in the heart of dance culture. Is there any other name that can out-Coachella a Coachella flyer? 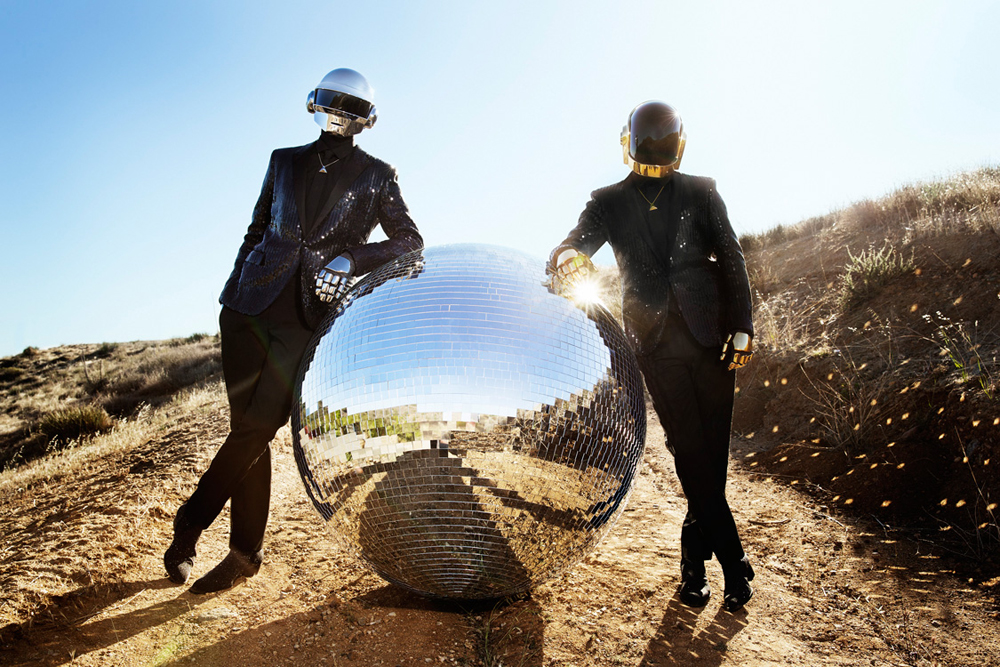 Michael Dupouy of LaMJC and Club 75

When it comes to Paris and street culture cool, Michael is the arbiter. Then again, you could probably say the same for the world over. Besides his LaMJC agency and Club 75 street fashion boutique, Michael publishes the annual ALL GONE book, chronicling the finest in street culture each and every year. 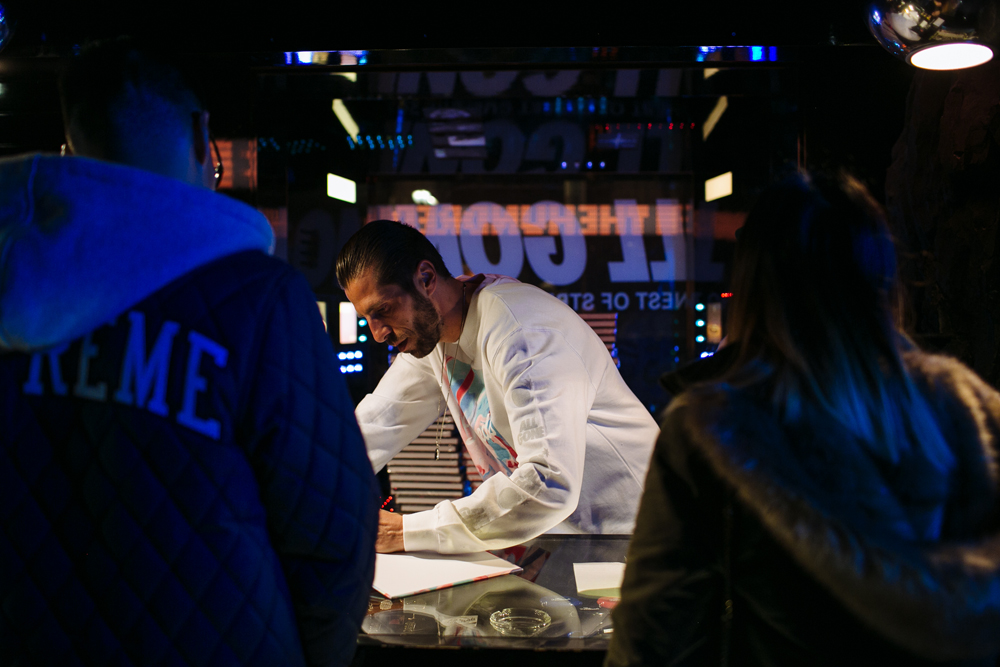 Michael at his ALL GONE book signing at The Hundreds San Francisco.

Starcow is the home of authentic streetwear and skateboarding in the heart of Paris’s Rue Saint-Honoré. Stocking premium goods from Nike, Palace, Patagonia, and Born X Raised. 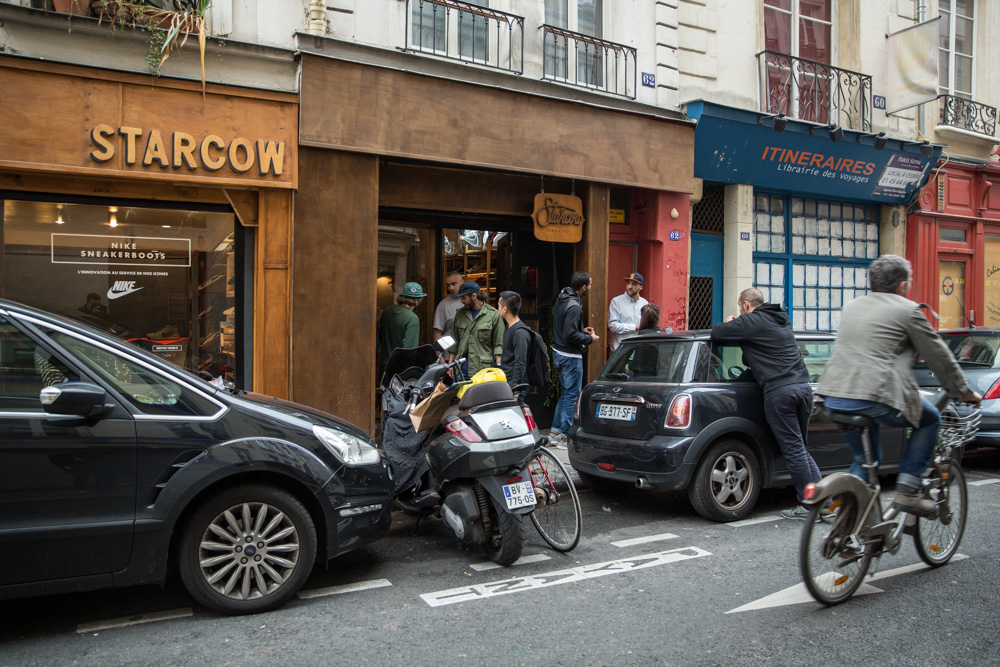 Paris’s uber record label holds a roof over Kanye’s secret weapons, Brodinski and Gesaffelstein. Also Known As… the only two guys who can make me love this genre of music!

Since the start, France and hip-hop have gone hand in hand, whether it’s B-boying or graffiti. But MC Solaar put French rap on the map early in the game by working alongside De La Soul and Guru’s Jazzmatazz.

My favorite French rappers, however, were Joey Starr and Kool Shen of Suprême NTM. In 1997, they released a song with Nas called “Affirmative Action” that is regarded as one of the earliest and strongest rap tracks pairing an American and International artist.

As Daft Punk’s former manager, the prolific Pedro is not just a renowned DJ himself, but a producer and owner of his own record label, Ed Banger—home to Justice, Uffie, and So Me. 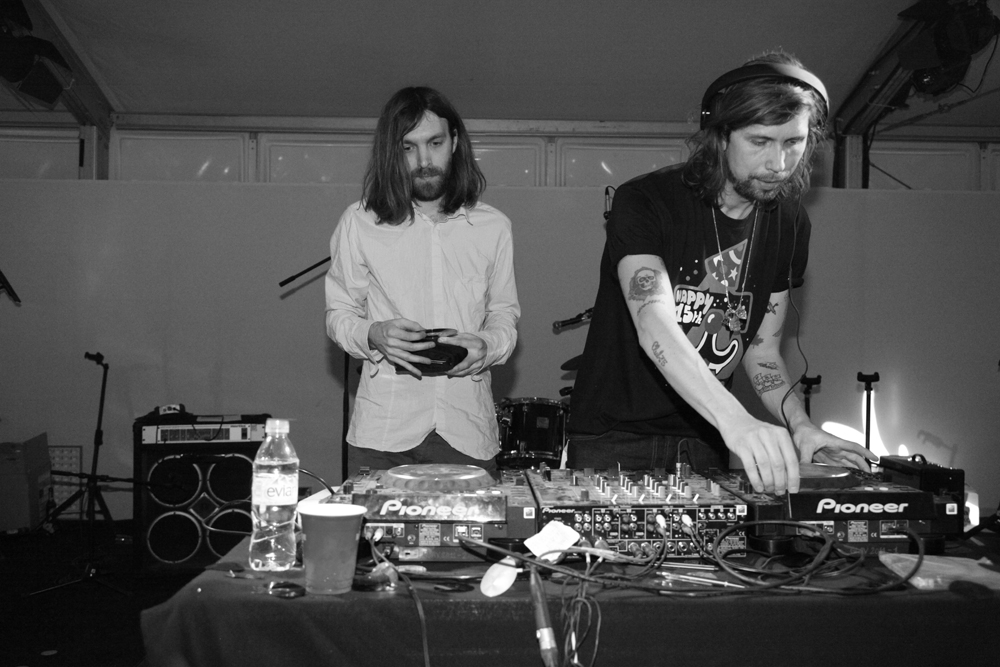 Okay, maybe Daft Punk isn’t the ONLY greatest electronic duo of all time.

Over the last half-decade, streetwear-turned-fashion designer Stephane Ashpool has turned the spotlight on his neighborhood through A$AP co-signs, Nike collaborations, and critical acclaim on and off the runway. 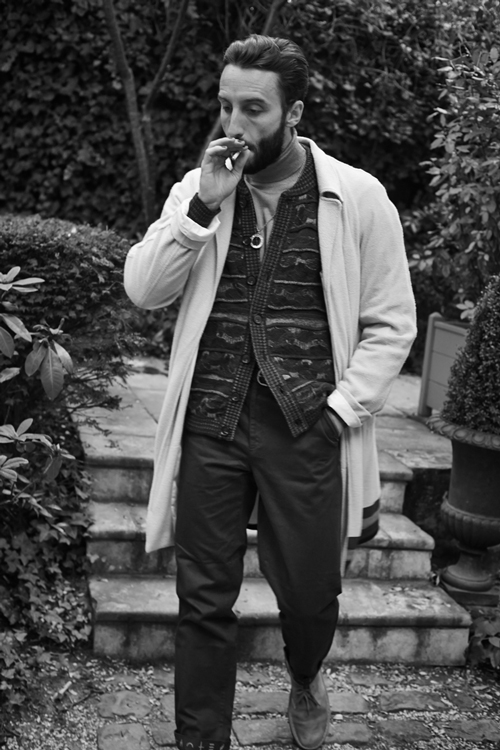 Planes, Trains, and Ubers :: Europe in a Week

Bobby Hundreds
London to Amsterdam to Brussels to Paris. Bobby details his week in Europe. Zio
In 2000, Michael Piovesan opened Starcow on Rue Saint Honore in Paris. It was the first shop of its kind in Paname, combining skate and hip-hop styles before there was even a word to describe it. S... Bobby Hundreds
Brodinski visits The Hundreds Homebase to discuss our ongoing collaborations and partnership with the French DJ/producer and label BROMANCE. Michael Dupouy on All Gone 2013

Zio
On January 18, La MJC released All Gone 2013, the eighth book in the annual series that documents the most sought-after street culture items of the past year. The 248-page 2013 edition features mor...
HIDE COMMENTS