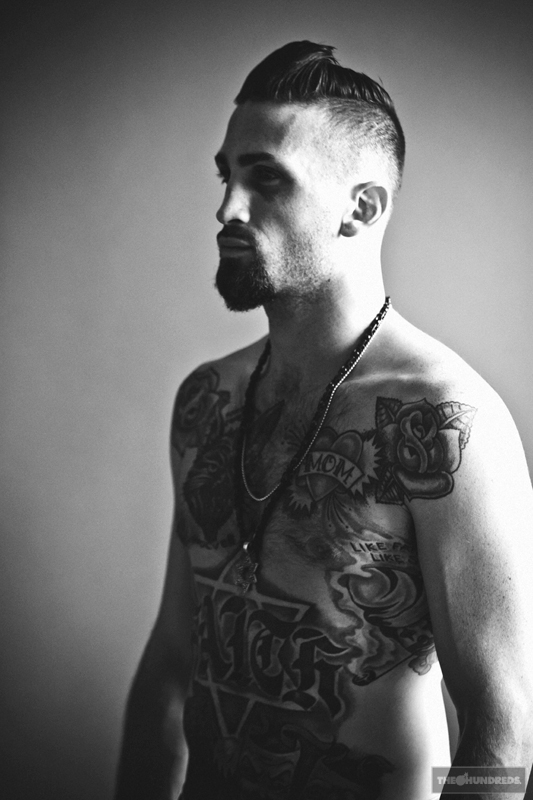 In the prophetic words of Zach “Kid Yamaka” Wolhman, “Everyone wants something to be a fan of,” and after spending an afternoon interrogating the 25-year-old-angular-nosed-proud-Jewish-boxer about his bad boy background, the current state of boxing, and how he gets his pre-fight abs tight (admittedly, I never asked him that), I can confidently say that you’ll probably want to hunker down in his corner next to coach Freddie Roach, on-hand to administer vaseline, q-tips, and shoulder rubs.

It’s Sunday in Los Angeles and the painfully-disciplined fighter sits before me at my craftsman coffee table sipping water from a mason jar just a week before his highly-anticipated fight at the Hollywood Park Casino. I specifically land on the word “painfully,” because it wasn’t long ago that he had his jaw wired shut (a combat casualty; par for the sparring course), and forced to eat nothing but foods mashed into liquid for two whole months. If you’re not feeling like a lazy slob just yet, he’s also been rumored to quit drinking water to shed pounds in preparation for fight day, chewing on cubes of ice to satiate his thirst. No water, people. Talk about sacrificing for your sport.

You may recognize the heavily-tatted, sculptural fighter from his collaborative lookbook with Freshjive, the pioneering streetwear label that also produced his classically-inspired robe and trunks, and sponsored his fights early on; a role which has since been taken over by the esteemed team over at Undefeated. The handsome contender connected with Rick Klotz, the eccentric garmento behind Freshjive, after taking home the coveted Golden Glove award. More than just digging his debonaire looks, Klotz jived with Wolhman’s old-school mentality and appreciation for the forgotten traditions of the sport. The two cultivated a symbiotic relationship. 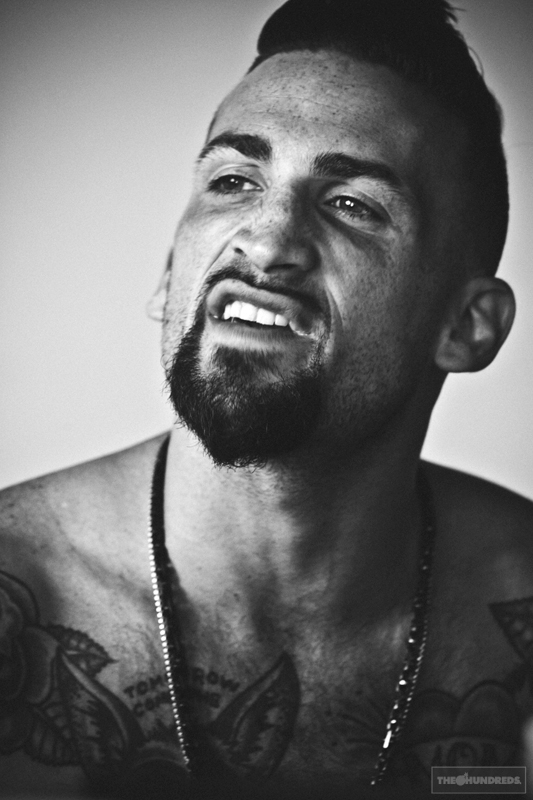 Yes, Wolhman is hungry for victory, but risking his chiseled cheekbones on a daily basis is about more than just amassing fame and fortune. He assures me, quite convincingly (and I’m no sucker), that riches are not of the utmost importance; he aims to restore the sport he loves so deeply to its former glory– to a time when it wasn’t all about fancy cars and gold grills and badmouthing the opponent. “I’m not a superstar, but I think I can fight for a world title. And when I get there, I’ll know I’ve sat in every seat, and worked my way up from the nose bleeds to the ring.”He continues, “I don’t like the sport as it is now. They’re always shit-talking and there’s an absence of sportsmanship. And it is a sport. Yeah, it’s a fight, but after the fight is over, it’s still a sport. It’s been butchered, it’s all kind of gone to shit.”

Wolhman’s gentlemanly approach to boxing is just one of the many reasons he’s become that very something we want to be a fan of, although I’m sure his strikingly-good looks haven’t hurt him in the likability department (I’m spoken for, so obviously I wasn’t looking during this shirtless photoshoot). While he isn’t reluctant to admit that he’s a well-trained, technically-adept fighter who wins rounds based on skill and smarts, he isn’t too proud to divulge that stepping into the ring can still be humbling, even with the best trainers by your side. And it’s that bit of humility which separates him from many celebrity athletes with big egos and bad attitudes.

“No boxer wants to acknowledge this, but it’s mortifying. I don’t give a fuck who you are, when you go into a ring, the thoughts you have with yourself as you’re walking out there are intense. They say fighting is the most man-on-man thing you can do, right? So you’re doing that, and you’re getting in front of a crowd, and you’re naked, as naked as can be up there. Totally exposing yourself. Maybe I think deeper than other boxers, who knows, but no one seems to want to admit this. I walk in the ring and I’m thinking. ‘Yeah, this is kind of fucking scary.’ Back then I didn’t know if I had the balls to do this. But I see it clearly now. I have this look in my eyes that says, ‘Holy shit. How did I get here? I don’t know, but I’m here to fight.’ ” 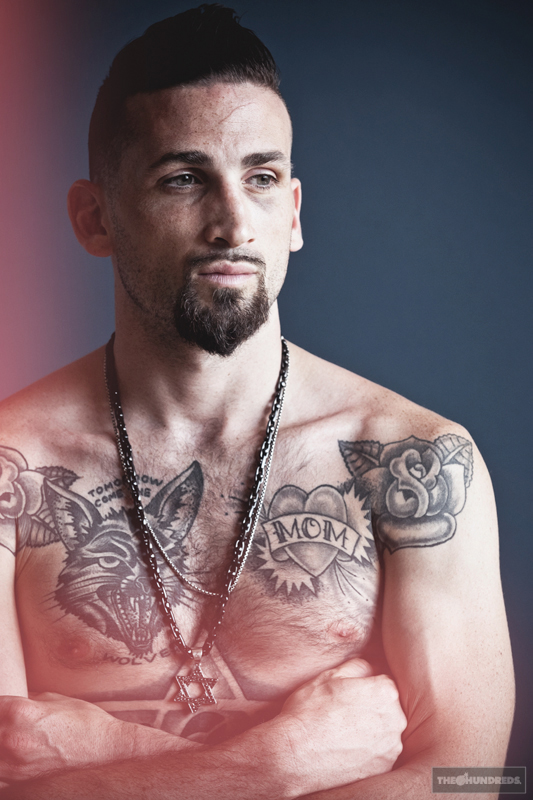 Perhaps his sense of peace comes from a renewed faith in Judaism. After a rough childhood devoid of religion, he was Bar Mitzvahed at age twenty, and now attends temple every Friday back at the halfway house where he once lived and worked as cook, a job he was given so that he could still have enough hours to sweat it out at the boxing gym. He’s grateful, spiritual and superstitious. His elaborate pre-fight ritual includes visiting a witch doctor where he lights ceremonial candles, rubs scented oils on his heart and palms, and prays, “Please keep me calm and professional. Box box box.”

Zach “Kid Yamaka” Wolhman is a fascinatingly dichotomous character. Tough and raw, vulnerable and commanding, eloquent in speech and fluid in movement, he tells me, “I’m lucky to be a smart fighter. If I have to rely on something, I’m glad it’s my brain. I’d rather that than be some brawny street-fighter thug-type. I’m pure boxer.” 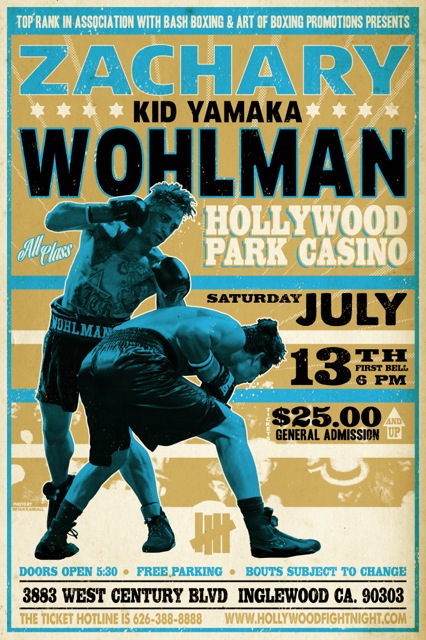