Fuck this, I’m about to Urban Dictionary this shit.

DEFINITION: Any statement or picture used to intentionally create attention or “thirst.”

Woman on Twitter: Who wants to come over and put me to sleep? (Thirst Trap)

Thirst traps are as old as time. It’s just a new name and new technology. Aren’t Thirst Traps self-evident? You can’t tell when a chick is using sex to get attention?  When a chick’s on Instagram stating she needs company or saying, “I’m hungry, who’s finna bring me food?” The bitch is a thirst trap – if she ain’t DMing you to fall through, ignore that bitch. She’s just trying to accumulate likes while she’s watching Netflix with her auntie’s password and bastard child on a sheetless mattress fast asleep in the next room.

Here’s another sign. If she’s ODing on selfies: Thirst Trap. This is a tuff one to measure too, because that’s what IG’s for – selfies. When I look at a chick’s feed, I don’t give a fuck about her interests or what food she just ordered from Cheesecake Factory or her nail polish color. I don’t need to see a screen shot of her Iggy Azalea song on iTunes. I’m trying to see if she’s fuckable. But if she’s got too many of them selfies up and she ain’t a fuckin’ Internet model, she’s doing too much, avoid her.

The Fitness Motherfucker. This motherfucker be posting about working out more than they actually do squats. The worst ones are the ones who been the same level of fat for the last 8 months. Yeah you tell me every time  you do a pushup but you never post about you late night eating your feelings, obese motherfucker.

The Rise and Grinder. They’re usually the unemployed or unsigned rappers who feel the need to post inspirational memes or “go get it” memes – from their couch. You know who doesn’t post about Rising and Grinding?  People who are actually doing it. You know why they don’t? Because they’re busy doing it. You don’t see Obama on Twitter talking about, “I’m ’bout to president the fuck out this country today, god willing.” You may see the Rise and Grinder posting memes about haters as well. You 25 and claiming haters? Come on man. Hate what? That your whole existence is dependent on the generosity of your receptionist girlfriend? Get your bum ass off your girl’s sofa, pay your own fuckin’ phone bill and quit talking shit about what you finna do while University of Phoenix commercials are playing in the background.

The Yoko Ono. They ain’t about shit but try and get likes by always posting dead celebrities on their birthday and death day. They don’t even have to like the said celebrity, they just like the likes. Not sure if you follow any? Wait for Big L’s birthday, they’ll show up. ‘Cause if as many people actually copped his album who memorialize him, he woulda went triple platinum.

One more to be weary of, The Drama Queen – They usually post about breakups, sickness, haters, and dead relatives. The slick ones won’t actually spell it all out in the post, but be vague enough to encourage conversation. Like, “Just got back from the doctors.... Bad news.” Now that tweet will elicit about thirty, “What’s wrong?” responses and that way, the Drama Queen can get the most attention possible out of their kidney stones.

Alex, I hope I gave enough examples of attention whores/thirst traps to avoid. The problem is they’re everywhere and the only way to truly avoid them is to get off the Internet. Because people are awful. 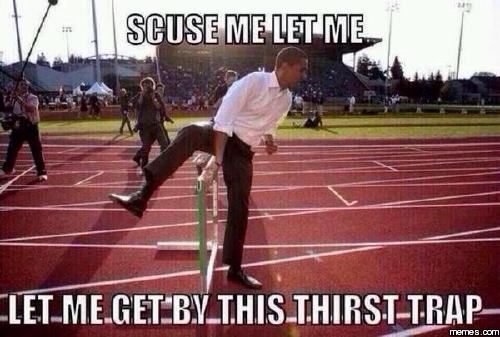 Jude Angelini
"Rude" Jude Angelini's advice column, "Yo! Jude" returns – this time offering one of his greatest challenges yet: How to ask a friend or acquaintance to join you and your significant other... for s...
HIDE COMMENTS