Wrestling is not real. We all know this, and some of us have accepted it, but for some reason countless people think that just because it’s not real it’s no longer worthy of being entertainment. Look, I know that The Undertaker isn’t actually a dead guy with supernatural powers. I realize that Val Venis didn’t really get castrated with a samurai sword. I’m fairly certain bumping into a referee wouldn’t render him completely unconscious and unaware of anything happening in the ring until the exact moment when he needs to count for a pin fall. But why does that automatically cause it to lose all entertainment value?

You realize that Daniel Radcliffe isn’t actually a wizard, right? Robert Downey Jr. doesn’t fly home in his Iron Man suit instead of taking an Uber. I was going to say Johnny Depp isn’t really a pirate, but he’s pretty much an eye patch away from sailing the seven seas full time. So why is it that we can, not only accept, but embrace and celebrate fiction in other aspects of TV, books, and movies, but wrestling is nonsense? Not only are they performing on a near constant basis, it’s also happening live in front of millions of people every time. “Well it’s just not very realistic.” Have you ever been to a musical in your life? How on earth is it realistic that a dozen supposedly random people just broke into a perfectly choreographed song and dance number?

Wrestling is a soap opera dipped in testosterone. You watch it for the athletic abilities, but it’s all about following a storyline, picking a side, and witnessing the drama unfold. Granted, the WWE has made it clear it’s geared towards a younger audience now, but I would put WCW’s nWo invasion angle up there with any television storyline in recent memory. If you aren’t familiar with it I feel like I should hug you because it was amazing. Here’s how it went down. The WWE and WCW were rival wrestling companies. Each organization had their big weekly program every Monday night head to head in direct competition with each other. That may sound like a terrible problem for a pre-DVR world, but what it actually meant was that each company would pull out all the stops every week to try and outdo the other and win the ratings battle. WCW pulled off a blockbuster move by signing two of the WWE’s biggest stars: Diesel and Razor Ramon. Since this was also pre-internet it wasn’t worldwide news within an hour of it happening so they could actually surprise their viewers. 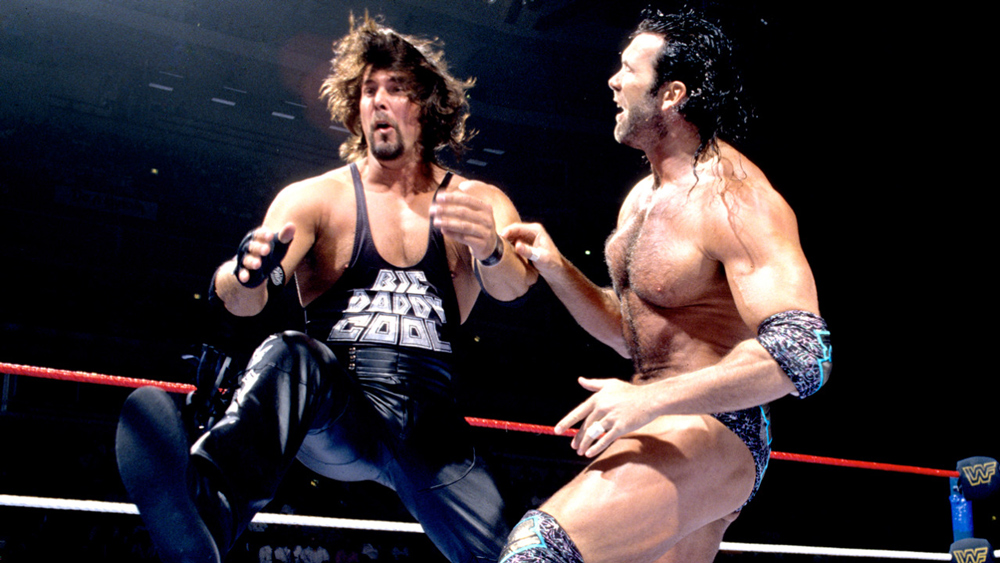 Instead of having the two stars debut under new gimmicks and become part of the regular lineup, WCW mapped out a fascinating plot where Razor Ramon would show up in the audience in street clothes going by his real name, Scott Hall, and make it seem like the WWE was waging a war on WCW and literally invading them. He made promises that he wasn’t alone, which sent everyone into a frenzy trying to figure out who was joining him. It was presented as real life and an interruption to the regular program, so it felt unlike anything we had seen before. The next week Diesel showed up, but he was simply Kevin Nash in casual, everyday clothing. Our minds were blown. Was this even legal?? After that we had to tune in every week to see what these outsiders were going to do next. They didn’t have to abide by the rules. WCW even had armed police officers rush to the ring when the duo appeared to keep them from doing whatever it was they were there to do. It blurred the lines between entertainment and reality. 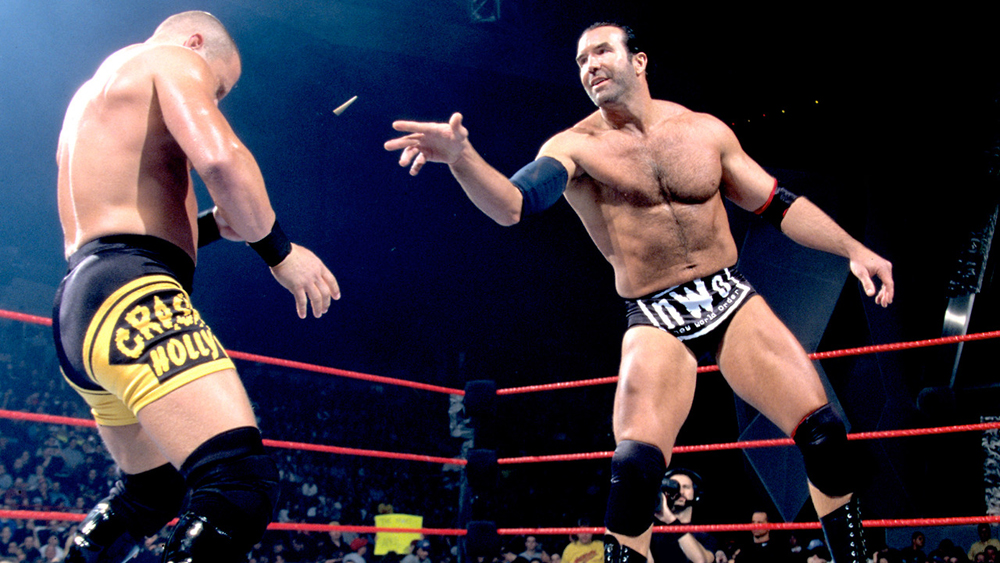 Finally a match was set where the best of WCW, Sting, Lex Luger, and Macho Man Randy Savage, would take on the outsiders along with a mystery third member. The mystery of trying to figure out who the third man would be was as engulfing as any episode of Lost or 24. We speculated and hypothesized, playing out every possible scenario. The match took place at Bash at the Beach and started with Hall and Nash coming to the ring without the third member. The match went on and when all hell was breaking loose in the ring a familiar face came walking down. It was Hulk Hogan. He was here to save WCW and be the hero, like he had done his entire career. He entered the ring, paused, then did the unthinkable; he attacked Macho Man and embraced Hall and Nash. There aren’t enough gifs in the world to express the shock and disbelief of what we had just witnessed. In other words, we were at the peak of entertainment. And isn’t that what it’s all about?

If you’ve never been a wrestling fan it might be a little difficult to jump in now and truly appreciate it, but go back and watch the Stone Cold Steve Austin vs Vince McMahon rivalry. Watch the events that unfolded after Hall, Nash, and Hogan became the nWo. Check out some of the old ECW events with some of the most outrageous and extreme matches you could possibly imagine. If you think all wrestling is fake and your body doesn’t take a ridiculous amount of abuse watch The Undertaker vs Mankind at King of the Ring 1998.

If wrestling isn’t your thing, that’s completely understandable. There are Oscar nominated films that I absolutely hated, (Looking at you, Foxcatcher. More like Napcauser) but people would look at me like I’m insane if I said, “Oh you watched The Dark Knight? You know that’s fake, right?” Plus they’d really hate me for rhyming all my sentences, but that one is deserved. Everyone should go to a live wrestling event just to experience it. You may not become a lifelong fan, but it’ll certainly change your perspective. As wrestling fans, we know wrestling isn’t real, but we get invested in the characters and the story and the drama. It provides entertainment for people of every gender, race, social status, and background. It brings people together, creates heroes for kids, and takes you on an emotional journey and has been doing it for decades. Hollywood would kill for that kind of longevity.