What Mark Zuckerberg's Sprawling Manifesto Might Mean for Our Future

We live in a Facebook-dominated world. A quarter of the population—or 1.8 billion people—have accounts. You could even make a strong argument that the social media platform carried the most electoral votes in this year’s democratic shit show between Hillary Clinton and Donald Trump based on the ease in which information and misinformation was shared.

Whereas people used to turn to venerable news publications like The New York Times or the Washington Post to digest facts, our unbreakable relationship with Mark Zuckerberg’s property suggests a buffet mentality versus something more akin to fine dining a decade ago.

No longer is Facebook merely a place to tell friends who we are. Rather, it’s morphed into a hybrid—where personality traits are showcased in solidarity avatars when terror attacks occur, shared articles, and GoFundMe campaigns that promise a better something.

In the wake of the U.S. election, Zuckerberg embarked on 30-state listening tour of the United States to explore self-improvement, stating, “Going into this challenge, it seems we are at a turning point in history. For decades, technology and globalization have made us more productive and connected. This has created many benefits, but for a lot of people it has also made life more challenging. This has contributed to a greater sense of division than I have felt in my lifetime. We need to find a way to change the game so it works for everyone.” In the aftermath of Zuckerberg’s goodwill tour, he published a 5700 word essay titled, “Building Global Community” which reads more like a cult leader’s call to cyanide-laced Kool-Aid than a more traditional letter to investors or shareholders—serving as an update to his original founder’s letter which was published in 2012 when Facebook went public.

When The Hundreds’ Editor-in-Chief, Alina Nguyen, pitched this piece to me, I thought I was merely doing a TL;DR explanation of Zuckerberg’s musings. Rather, I had to look much more in between the lines to catch his drift.

Here are the biggest takeaways from the manifesto.

Prior to Mark Zuckerberg’s publishing of his lengthy essay, pundits were questioning if his goodwill tour, his recommitment to religion, and his hiring of David Plouffe—President Obama’s former campaign chair—was all in preparation of someday positioning himself for higher office. With a billionaire precedent set recently by Donald Trump, nothing is too ludicrous these days.

Zuckerberg has been adamant that he has no political aspirations, stating, “I’m focused on building our community at Facebook and working on the Chan Zuckerberg Initiative.” But his words are decidedly that of someone championing larger causes and who sees his role as that of a person operating alongside other heads-of-states.

“Today we are close to taking our next step. Our greatest opportunities are now global—like spreading prosperity and freedom, promoting peace and understanding, lifting people out of poverty, and accelerating science. Our greatest challenges also need global responses—like ending terrorism, fighting climate change, and preventing pandemics. Progress now requires humanity coming together not just as cities or nations, but also as a global community.”

If you close your eyes and read the above statement in the tone of voice of someone like President Obama, it seems like something he would have said.

The image attached with Zuckerberg’s manifesto.

“Our society will reflect our collective values only if we engage in the civic process and participate in self-governance. There are two distinct types of social infrastructure that must be built: The first encourages engagement in existing political processes: voting, engaging with issues and representatives, speaking out, and sometimes organizing. Only through dramatically greater engagement can we ensure these political processes reflect our values. The second is establishing a new process for citizens worldwide to participate in collective decision-making. Our world is more connected than ever, and we face global problems that span national boundaries. As the largest global community, Facebook can explore examples of how community governance might work at scale.”

As Quartz noted, “Mark Zuckerberg doesn’t need to be US president; he can be president of the global world society.

Whether it’s coincidental or not, Zuckerberg also chose to conclude with a quote from President Abraham Lincoln during the Civil War, saying, “We can succeed only by concert. It is not ‘can any of us imagine better?’ but, ‘can we all do better?’ The dogmas of the quiet past, are inadequate to the stormy present. The occasion is piled high with difficulty, and we must rise with the occasion. As our case is new, so we must think anew, act anew.” 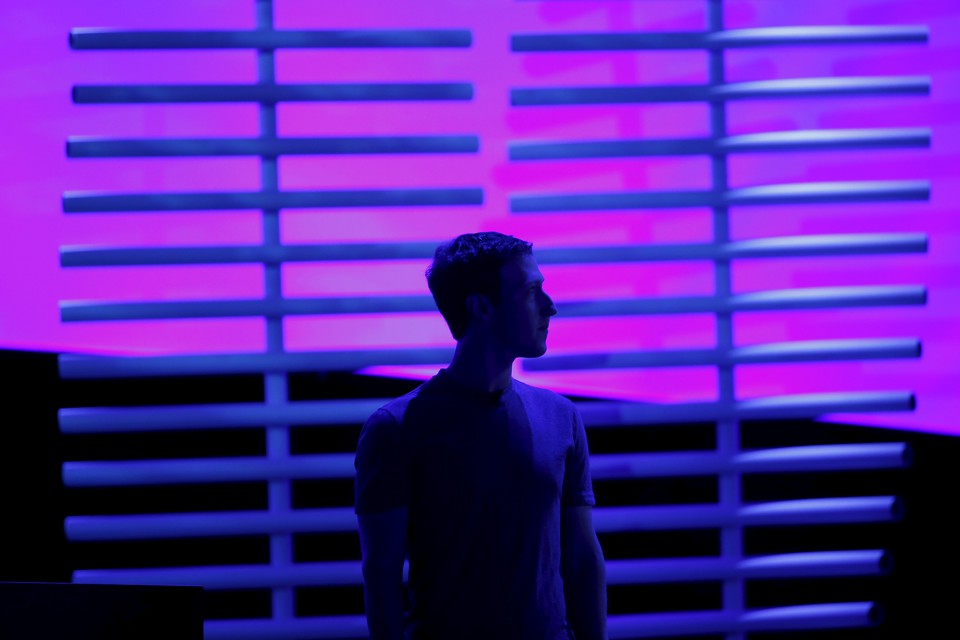 As The Atlantic’s headline boldly suggests, “The Mark Zuckerberg Manifesto Is a Blueprint for Destroying Journalism.”

Much in the same way that Craigslist derailed print by starving newspapers of revenue from personal ads and classifieds, Facebook has a stranglehold on digital spending by advertisers. Specifically, Facebook earned $8.8 billion USD in revenue last quarter and shares 85 percent of all online advertising revenue with Google.

Zuckerberg clearly wants to continue being a go-to news source/compiler of important fact—albeit recognizing the problematic nature of “fake news” on the platform.

“Accuracy of information is very important,” he wrote. “We know there is misinformation and even outright hoax content on Facebook, and we take this very seriously. We’ve made progress fighting hoaxes the way we fight spam, but we have more work to do. We are proceeding carefully because there is not always a clear line between hoaxes, satire and opinion.”

Additionally, Zuckerberg sees Facebook as having the ability to have users “report” on their local happenings. 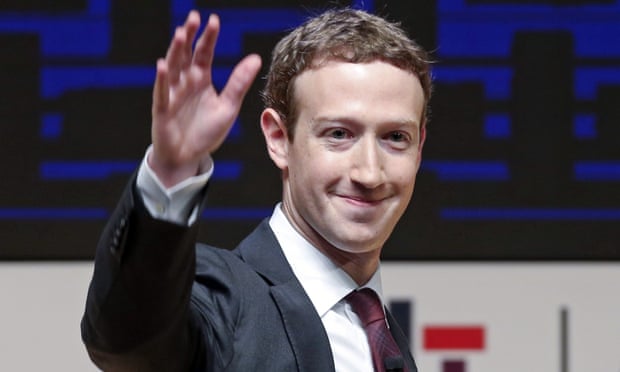 As it stands, Facebook reviews over one hundred million pieces of content every month. Zuckerberg thinks that even if they are recognizing false/bad content at a near perfect clip, they can still do much better.

“Even if our reviewers get 99% of the calls right, that’s still millions of errors over time,” he said. “Any system will always have some mistakes, but I believe we can do better than we are today.”

Additionally, Zuckerberg noted that one-third of all reports to Facebook’s review team are generated by artificial intelligence.

Zuckerberg seems to be very aware that social media is an outlet where if you don’t scream it out, you won’t be heard.

“Social media is a short-form medium where resonant messages get amplified many times,” he wrote. “This rewards simplicity and discourages nuance. At its worst, it oversimplifies important topics and pushes us towards extremes.”

But instead of eliminating negative commentary, he wants it to serve as a sort of “yin and yang” principle so that people can attempt to learn from one another as opposed to shout over one another.

“In a free society, it’s important that people have the power to share their opinion, even if others think they’re wrong. Our approach will focus less on banning misinformation, and more on surfacing additional perspectives and information,” he said.

Although Facebook boasts almost 2 billion users, only 100 million users consider themselves a part of a valuable community facilitated through interactions on the social platform.

The CEO sees opportunity to increase these “meaningful communities,” stating, “There is a real opportunity to connect more of us with groups that will be meaningful social infrastructure in our lives. More than one billion people are active members of Facebook groups, but most don’t seek out groups on their own—friends send invites or Facebook suggests them. If we can improve our suggestions and help connect one billion people with meaningful communities, that can strengthen our social fabric.”

In the wake of the terror attack in San Bernardino, CA, the Justice Department wanted Apple to help investigators get around iPhone security features so that they could access data belonging to one of the killers. Apple was firmly opposed to providing that information because it would involve building a whole new version of the iPhone operating system customized to lift the security restrictions. While the F.B.I. insisted it would only be used once, Apple CEO, Tim Cook, was wise enough to understand that once precedent is set, there’s no going back.

Mark Zuckerberg shared a similar sentiment in his essay, stating, “[It] is important to emphasize that part of keeping people safe is protecting individual security and liberty. We are strong advocates of encryption.” Green Rush :: What the Legalization of Weed in California Really Means

Alec Banks
We all know weed is legal now in California. But now what? Alec Banks explains what this really means for the average smoker in the Golden State. Alec Banks
Alec Banks covers 10 things you need to know about StockX, the first "stock marketplace for sneakers" with an investment that can outperform Apple, Netflix, and Amazon.
HIDE COMMENTS