What a Time to Be a Brit.

Wow, my country is a total mess. On June 23rd, a narrow majority of the British public voted for us to leave the European Union. Wholeheartedly, I never thought it would happen—and to be entirely honest, I’m certain that the people at the forefront of both campaigns were just as shocked by the result. As a nation, we have absolutely no idea what happens next. Our current Prime Minister has announced that he’ll be fucking off by autumn, our currency fell through the floor, our national credit rating dropped—twice—and the stock markets were sent reeling. The irony of these huge shifts in our economy and political hierarchy is that nothing has formally changed yet—with everything that has happened to date being a direct result of fear, speculation, and utter confusion. When the people running your country don’t have a clue what happens next, it’s difficult for us mere mortals on the ground to comprehend the almighty task ahead. 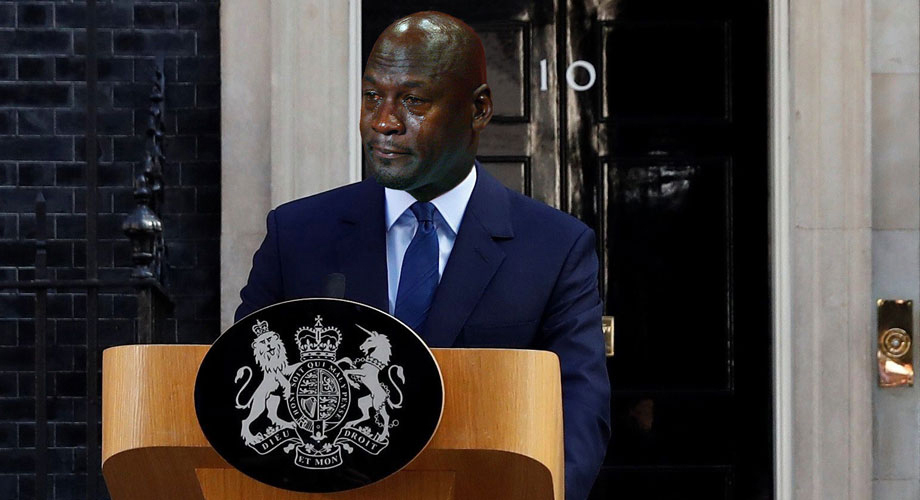 Aside from the fear, there’s a lot of anger, too. The majority of Scotland voted for us to remain in the EU, as did Northern Ireland and London. There’s currently a debate on whether in light of Scotland’s majority vote to remain, they should be given a second independence referendum—allowing them to leave the UK and remain in the EU. This is one of a million current debates, which are all based on post-Brexit theories and a projections of how our divorce from the EU may play out. Despite the hypothetical nature, a number of my Scottish friends in favour of Scottish independence are livid at the thought of them being forced to leave the EU, especially when they don’t even want to be a part of the UK. I personally believe that although they have a valid reason for a second Scottish referendum, nothing should be done in haste. Across the board, we have no clear indication of how things are going to play out in Europe, and until then we should remain united and strong—as painful as the uncertainty may be.

There is also a clear division in perspective across generations. Without bogging you down in statistics, the majority of 18-25 year old voters were in favour of remaining in the EU, whilst the majority of 65+ voters were in favour of leaving. Falling within that younger bracket myself, it hurts that our future was largely decided by generations that won’t have to deal with the fallout of this decision as greatly as we will; however, I have the utmost respect for our democracy and every individual is equally entitled to their vote. With a situation as deeply complicated as us leaving the European Union, and the uncountable changes that this will force within our country, it’s no surprise that there are such mixed views and priorities across age groups and locations. The misinformation and brazen propaganda instilled by both the Leave and Remain campaigns didn’t exactly help people make their minds up based on fact, but that’s a whole other conversation. The bottom line was that this vote was based on emotion and gut instinct for most.

Politics aside, the true reason for this article is to talk about the social fallout of the referendum results. While the politicians run around earning their wages for a change, it is important that we the people maintain just a little bit of sense amongst the madness. At the forefront of all of this, I am disgusted that the vote to Leave has empowered the racist scum of our society, as they all float to the surface with the warped perspective that the referendum result gives their nonsensical hatred some sort of validation. It’s sickening, and I’m not willing to stand by while this cancer threatens to tear my country even further apart. Immigration was a huge talking point during the build up to the referendum, with border control being one of the biggest talking points coming out of the other side. Unfortunately, for the ill-informed (and deeply racist) portions of our society, the majority vote to leave the EU has translated to “We voted for you to leave, now leave!”—as they direct this poisonous rhetoric at both European and non-European immigrants living, working, and contributing to our beautiful—yet flawed—multi-cultural country.

Whilst it pains me that I share this country with such blatant xenophobes, and that the chaos of the referendum has strengthened their irrational views on humanity, we have to capture the momentum of this bleak situation, using these increasing manifestations of hate to put a real emphasis on the ingrained xenophobic and racist issues that have been plaguing the UK for more than long enough. The twisted irony is that while these uneducated morons blame the majority of the UK’s issues on immigrants, our core problems exist within the corrupt mindsets of predominantly white, British individuals that have clearly been failed by our educational system and the broken constructs of our society. I do not wish to simplify the subject of racism within the UK or confuse it with prejudice, as it’s clear the former is a systemic issue deeply rooted in our country’s history, but I do believe that we must first approach this on a personal level. With the vote to leave the EU signifying that the majority of our population would rather us be an inward-looking nation, perhaps it is time that we start by fixing the very real problems on our own doorstep.

It is crucial that we don’t stay silent

I can’t offer a solution via a blog post—but at the very least I wanted to publicly acknowledge this undeniable problem and open the conversation for how we actively combat it. Much in the same way that I couldn’t remain silent online, it is crucial that we don’t stay silent when witnessing these increasingly public displays of hostility on our streets, in our media, or even in our own homes. Particularly speaking to the youth, I know the majority of you are unhappy with the result of the vote, with a fear for our “future” being the main concern—but speaking on this future, it has to be an absolute necessity of ours to fight xenophobia and racism with everything we have. What is the point in this future at all if we inherit the inequality and corruption of the past? While the rest of the world is watching, let us be an example of the future that we want to create both at home and abroad—a future where we are accepting of all cultures, nationalities and beliefs, using our position as a multi-national country to learn and understand each other on a personal level. Conversation and knowledge are the keys to all of this, after all.

It has to be an absolute necessity of ours to fight xenophobia and racism with everything we have. What is the point in this future at all if we inherit the inequality and corruption of the past?

On the subject of the upcoming presidential election in America, please note the outcome here in the UK and acknowledge the very real results of misinformation. Following our referendum, many Leave voters have stated that they would have voted differently if they were more aware of Brexit’s implications. It’s important that the US public are informed on exactly what and who they are voting for. Unfortunately, we can no longer rely on traditional media for our information—you have to get out there and seek the answers yourself. Speak to others, share views, discuss opinions, and inform each other. The information is out there, if you’re looking for it. Looking at our EU referendum results, there is a clear pattern in metropolitan and multicultural cities voting to Remain, whilst more rural constituencies made up of small towns were more in favour of the Leave vote. Again, it’s a deeper conversation, but it’s my understanding that many of these Leave voters were in part “victims of neoliberalism”—the very same ideology that has attributed to the very real possibility of a Trump presidency. As scary as that reality is, this article by George Monbiot of The Guardian better explains how that ideology is our common problem.

Speaking on behalf of the United Kingdom’s sane majority, I want to reassure you that we are still a country full of pleasant, open-minded people who take pride in our cultural diversity. While our currency is currently fucked, please take advantage of the exchange rate being in your favour and come visit us before we implode. It’s not all doom and gloom over here, I promise. Bobby Hundreds
I need to start off this entry by disclaiming all views expressed herein aren’t necessarily that of everyone at The Hundreds. As much as this blog serves to keep you attuned to the lifestyle and s...