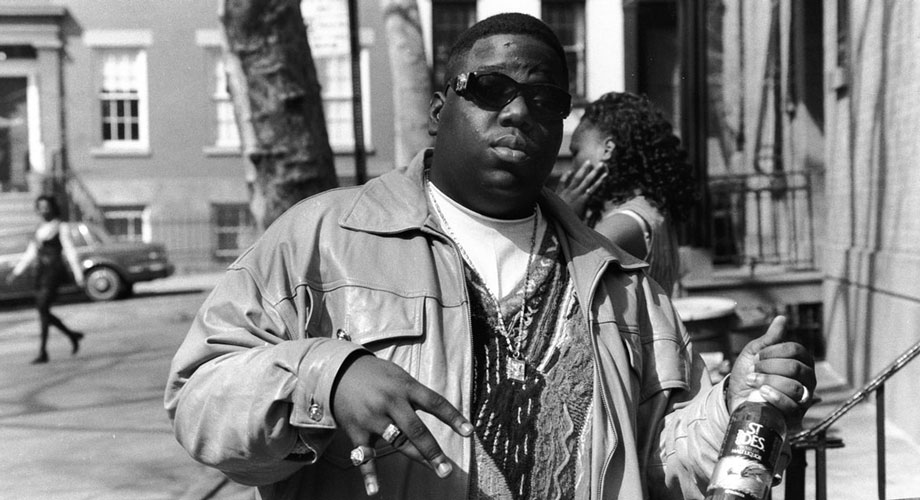 Growing up in Los Angeles, there was no side to choose. If you were a fan of Hip-Hop, you were automatically enlisted into the East Vs. West beef and if you were from the West Coast, your general was Tupac. Coming into my formative hip-hop years, not long after the deaths of Tupac and Notorious B.I.G., I made the decision to become a defector. Tupac and Death Row records had always been omnipresent fixtures in my life, from the Christmas on Death Row album being the soundtrack to my holidays to seeing Death Row B-Team members at the Slauson Swap Meet. But growing up loving the Yankees and being an English nerd, I gravitated towards the smooth, witty technical raps of B.I.G. What can I say, I’m a player—and the violent energy ‘Pac was bringing just didn’t excite me. Notorious B.I.G. was the everyman who turned his faults on its head and made them his qualities.

Notorious B.I.G. was the everyman who turned his faults on its head and made them his qualities.

It all started with my mother. In between “California Love” playing on KDay and “2 of Amerikaz Most Wanted” playing on 92.3 The Beat, my mom always made time for Biggie’s Ready To Die album. Puffy really had something special with the formula of flipping classic pop hits into rap smashes because songs like “Juicy” and “Big Poppa” instantly stuck to me. Underneath the disco melodies were lyrics that perfectly captured the mindset of a young black man growing up in the ghettos of America. Feelings of vulnerability, paranoia, humor, and braggadocio all shined through in Biggie’s music. Coupled with the technical skill of being able to paint pictures with metaphors, similes, and hyperbole, I became enthralled with the Notorious one. Lines like: Black and ugly as ever/however I stay Coogi down to the socks/ Rings and watch filled with rocks became a rallying cry for the kid who wasn’t the best looking but had all the Platinum FUBU jeans and Iceberg polos. Not only did Biggie’s music empower me, it taught me a few lessons as well. On the surface, the “10 Crack Commandments” was a crash course on selling drugs. If you peek under the surface, the song is actually a well-hidden introductory course in economics. I studied the manual. My favorite rule is number 10—supply and demand—”If you ain’t got the clientele, say hell no!”

The problem with Hip-Hop is that there isn’t much gray area. The “Us vs. Them” mentality runs rampant in the genre. At the height of their tension, you couldn’t be a fan of 50 Cent and Ja Rule or Jay-Z and Nas or Remy Ma and Nicki Minaj. The same can be said for 2pac and Biggie’s beef. Even though, the Notorious B.I.G. never had a real problem with the West Coast and even shouted LA out in songs, at the time of his death he couldn’t walk through the Beverly Center without being booed and chants of “Westside” following him.

The East Coast was no different, they were just as callous in the beef as the West. For example, after Biggie’s passing, a friend of mine got a call from a Brooklyn associate who screamed into the receiver: “Y’all killed Big!” The beef was so real that this person thought a whole coast of Hip-Hop fans killed one man. Since the deaths of these two luminaries, regional rap relations have gotten better. Beefs still pop up from time to time but nothing to the extent of before. Big and ‘Pac now act as our martyrs, reminding the next generation of the dangers that lie ahead when life starts to imitate art.

Today marks 20 years since the passing of Notorious B.I.G. I still get an eerie feeling when I drive down Fairfax and Wilshire. I still get goosebumps when I hear “Suicidal Thoughts.” I still follow the 10 Crack Commandments. I still wonder what a third B.I.G. album would have sounded like. Unmatched in his storytelling ability and unparalleled with his polished conversational flow, Biggie Smalls truly was the illest. Without him, we wouldn’t have Jay-Z, the greatest of all time, or 2pac, the revolutionary icon. In only two albums, Biggie was able to showcase the adolescent black mind state of not being afraid to die but also being ready to die.