Over the past few months, I’ve been consciously trying to lessen my dependence on the iPhone. Like everyone living in 2014, checking Twitter, Instagram, Facebook or any consistently updating app has become an essential part of my living, like blinking, or eating or watching this weird clip of Ultimate Warrior on the Arsenio Hall Show back in the ’90s. Just me? OK, fine. I can live with that. Well, I’m happy to let you know, I’ve been maintaining a healthier cellular lifestyle by rationing my social media usage. It’s a detailed regime depending on discipline, but that wouldn’t make for a great article, though it would make for a decent ’80s montage of me training to ignore my phone most the day. But, I am excited to tell you about what I’ve learned during this weaning process and sporadic hiatus from the never-ending handheld Internet: Everybody online is bullshit.

Once I stepped away, I quickly realized that people have a certain set of goals with their online media presence and it’s mostly heartbreaking. I understand that users won’t express every mundane aspect of their life like doing the laundry or watching Ultimate Warrior interviews when they’re bored, and I can’t expect everyone to just post meaningless jokes like I do, but it’s no secret that people put their best foot forward when sharing online. I know insanely depressed individuals who post pictures of pool parties or celebrity functions they’re at, including a #blessed or #SorryNotSorry, hoping you’ll be jealous of their current “situation.” I’m not asking them to post crying selfies or details on how they can’t pay their gas bill. I’m just asking for slight humility. The old Edgar Allen Poe adage “Believe only half of what you see and nothing that you hear” now would just be “Believe none of that shit.” Everybody has become a rap video, and there’s nothing we can do about it. Especially with this new Peep.me app. 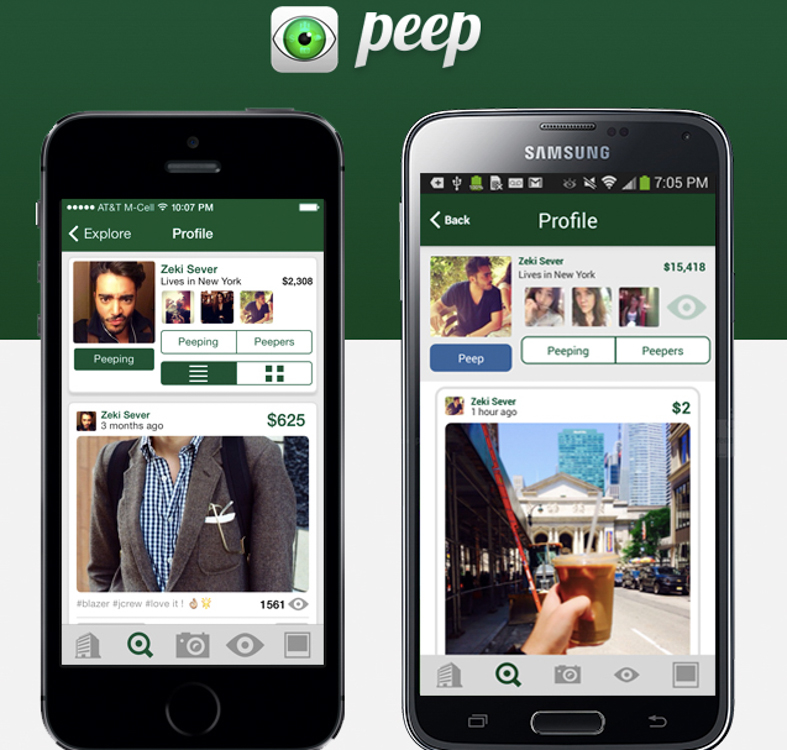 I’m no Don Draper, but here’s a slogan I came up with for the app: Peep.me is like being friends with the worst people in the world... ALL THE TIME. Don’t believe me? Here’s how the awful technology works: You take pictures of the items you buy, from food to clothing to electronics to a new car, and then you share those pictures with other users. And, alongside the pic, you input how much you paid for each item and an optional small note. Now, this may sound like a healthy budgeting device, or an easy way to track your purchases for tax reasons, but it’s actually the opposite. This is just a social media program to stunt and prove you’re not a basic bitch. It’s literally the worst human trait you can have: the need to brag. Also, for the record, this is a good way to be targeted for robbery. 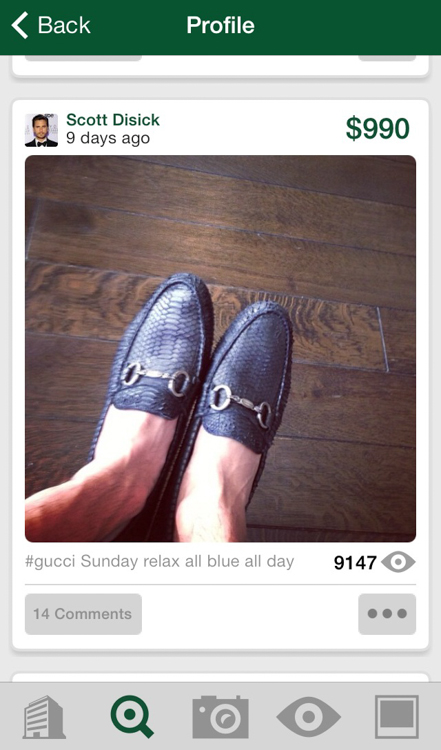 After some research, I stumbled on a rumor that the Kardashians may own a piece of the app, since Douchebag Supreme, Scott Disick, has promoted it a few times, and Khloe and Kim have both posted in the past. It all started to make so much sense. So with this in mind, I downloaded the app, hoping to delve into this disgusting world of online show-offs, and it was even more heinous than I suspected. I had to log in through my Facebook, which gave me immediate anxiety that everyone would see that I signed up and assume I was just dying to post a picture of my whip, although it would be the first time anyone has referred to a Prius as a “whip.” My fears started to dissipate when I saw actual posts on the app and realized, even if I tried, I could never be this douchey. I decided to screencap some highlights, so that you don’t have to download this app and hence, lose a little piece of your soul too.

Like sex, let’s start slow and then get to the shameful stuff in due time.

I can’t be mad at people posting everyday mundane items. It’s actually kind of adorable. I even own a few of those Huf socks myself. I assume every kid on Fairfax has posted this photo on his or her Instagram. I’ll allow it. No harm, no foul. 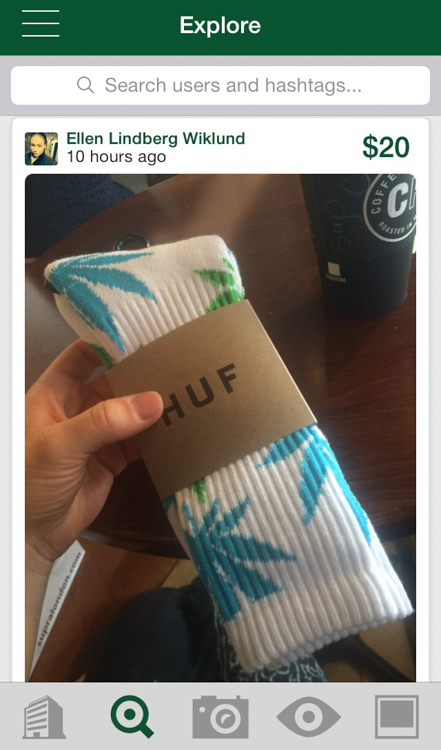 OK, everyone needs a lamp and I’m fine with IKEA. It’s the type of place you go to when filling up a dorm room during Parent’s Weekend, so it doesn’t feel too pompous to share. I’m adding a dollar to the total though because no one can go there and deny the meatballs. That’s just fact. 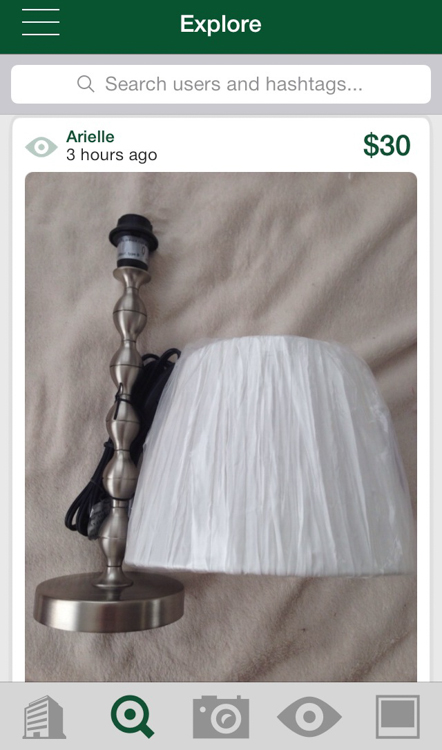 If you’re willing to admit to eating $15 worth of McDonald’s Hot Cakes, you deserve an app to express that feeling publically. Again, this whole voyeuristic way of spending is jarring, but at least I started off by seeing some realism and cholesterol. 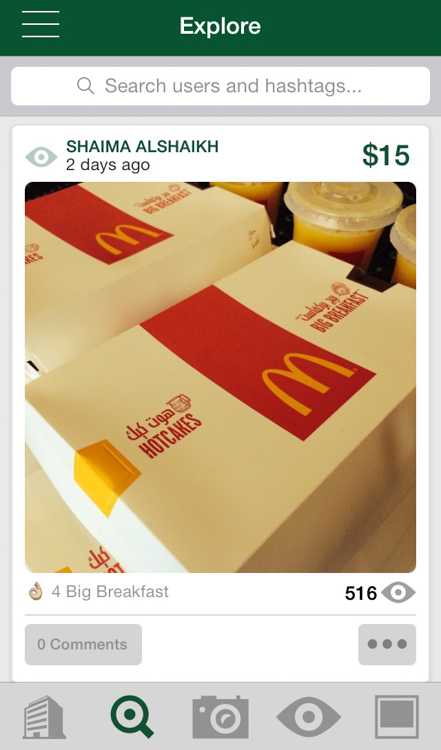 We’re still rather mild here, but I’m genuinely hoping the $20 was for the book, because if she spent even $1 on those nails, she was taken advantage of. I think they glued the rope from the board game Clue onto her middle finger, and I’m going to assume her pinky wasn’t enough, so she’s doing coke off her thumb. 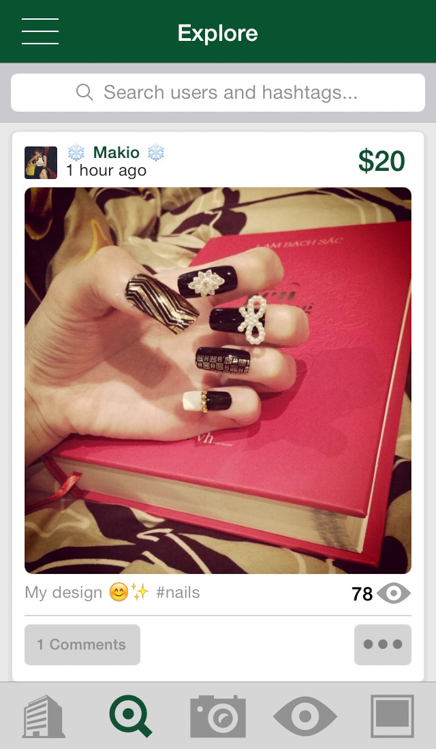 We’re slowly knocking on decadence’s door with stupider selections. $380 for a replica Iron Man mask seems excessive, but also real serial killer-esque. Imagine swiping right on Tinder for this guy and getting to his house to see this. I’d be afraid of both the extent of his nerdiness AND the possibility that he’ll put it on and murder you for your skin. I applaud his fandom, but also feel for his virginity. 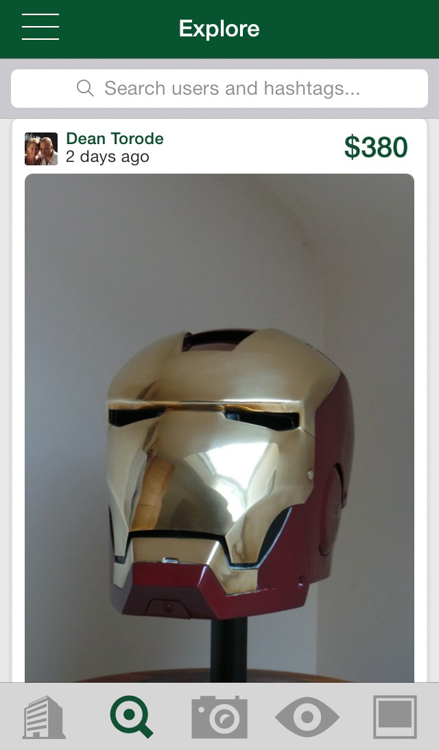 This frothy cup of what I can only assume is Willy Wonka’s urine is just too much. I love that he vaguely said that it’s from a “famous #restaurant in NYC,” like if he actually told us the location, we’d run there as soon as possible to meet him and drink from that $50 rave cauldron with him. This is what anime characters drink to get wasted. 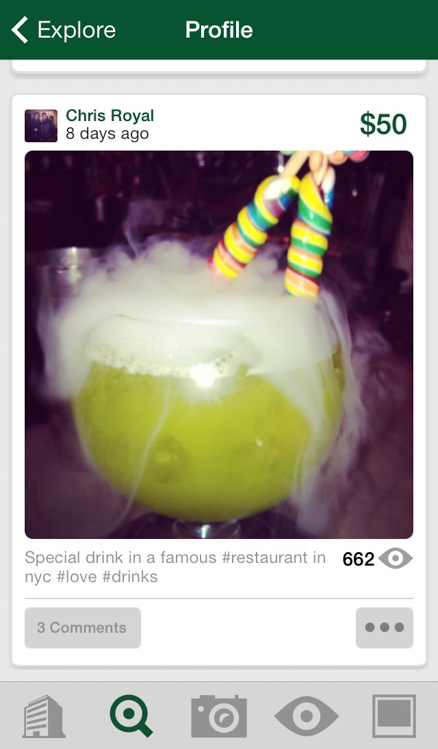 Someone kill me if I ever brag about paying for reserved seats and spending $135 in snacks with the phrase “we get it in,” when in reality I just took my family to the movies. Protective services should be called because I guarantee you this grown man also says “bae” and “turnt up” in the presence of easily-influenced children too. 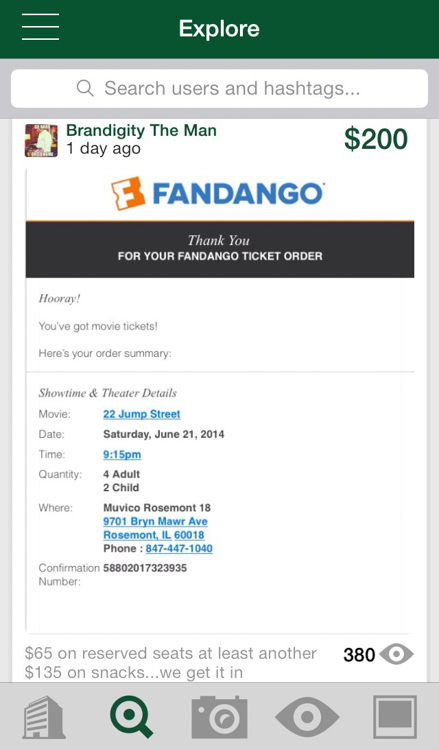 Spencer! WHAT IS YOUR SHOE SIZE? 1.5? Also, those socks? How am I supposed to be impressed you have $550 for sneakers if your whole bottom half looks like bad Photoshop? Could you imagine seeing this dude walking down the street? I’d ask everyone around me if I’m on mushrooms. This makes Elton John seem subtle. 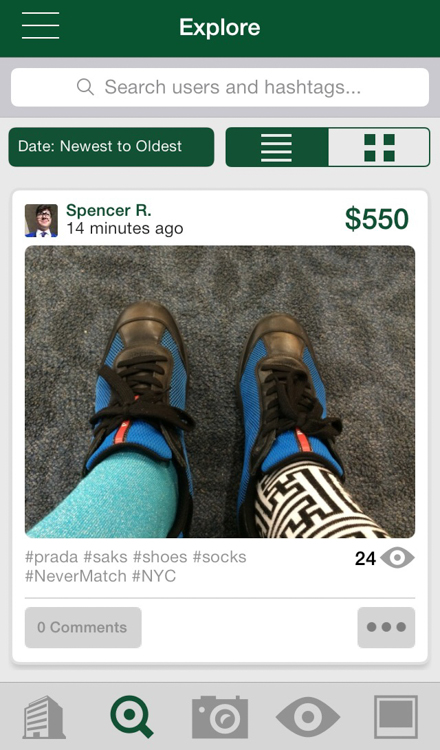 I’m all for a $3,000 computer, and I’m not even that mad about sharing the purchase, but why is your deodorant next to your keyboard? Are you genuinely sweating that much from checking your email? Also, get real plates, dude. You’re not at a family BBQ. 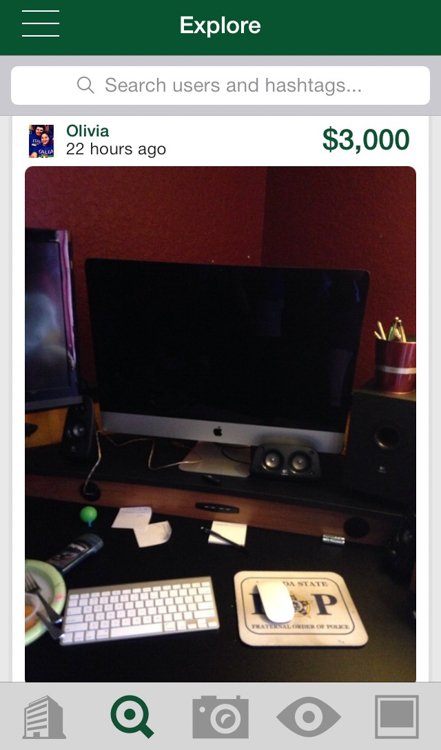 The $6,000 “silver from late 1800s” is the type of post that makes you furious about your student loans. We got a real American Psycho here. If you pay $6,000 for eating utensils they better be forks and spoons the Goonies found on that pirate ship. I bet even Donald Trump sees this and is like, “Calm the fuck down.” This is some real “I’m an asshole shit,” but just you wait... 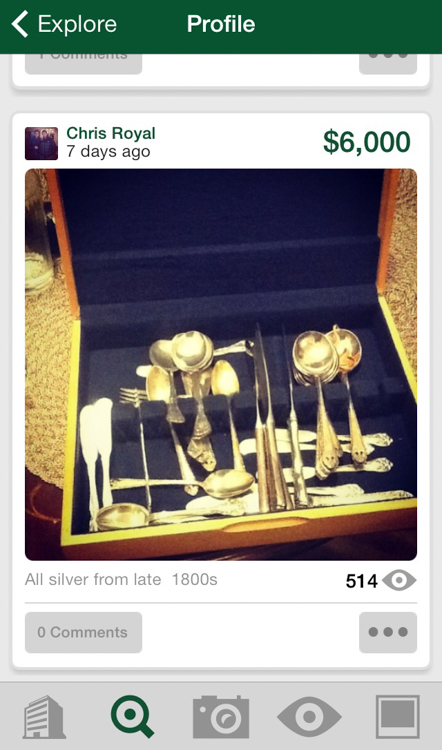 Jet skis? Who posted this: a rapper from the year 2000? It’s actually the same guy as the $6k silver set weirdly, so we know this dude’s a real winner. And honestly, after the Sean Kingston thing, wave running is something you just do in private. Too soon, bro. Also, make sure you can afford a lawnmower before you get super into watersports. 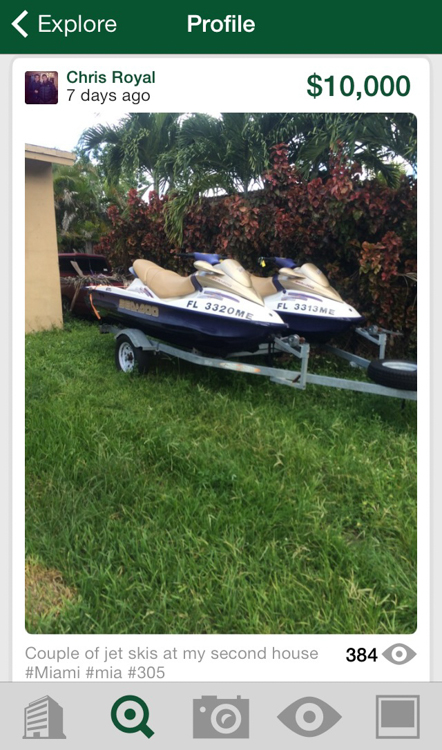 I can’t even with the “Night life with the crew... Blessed.” As if God has blessed you with the ability to spend $168,118 at a nightclub and ignore starving children in EVERY country that could use that money. You could’ve hired Dillon Francis to come to your house and play every request you had from techno music to the Billy Joel theme song from Bosom Buddies. Instead you got wasted, went home with a girl named Peaches and now have HPV. Congrats. Also, for the record, you have a drinking problem. 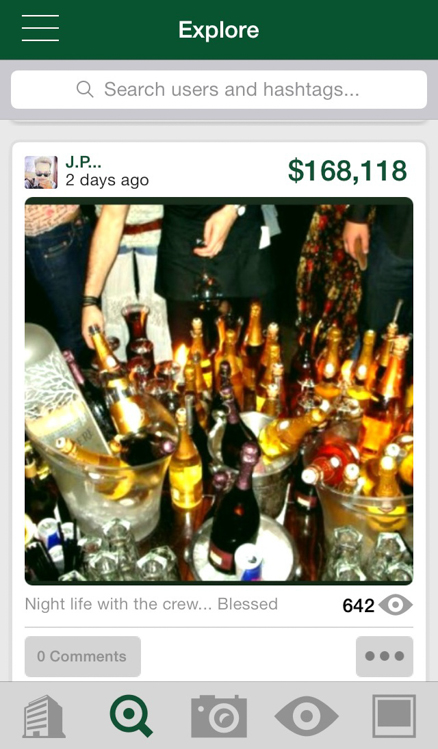 He tagged this one “High class escort in NYC,” which is the easiest way to alert the police you’ve broken the law. It’s ironic that his name is Waldo because the entire precinct will get a laugh when they yell “Where’s Waldo?” during the manhunt. Also, this is a compassionate way to alert her dad that New York City isn’t going as well as planned. What an asshole. 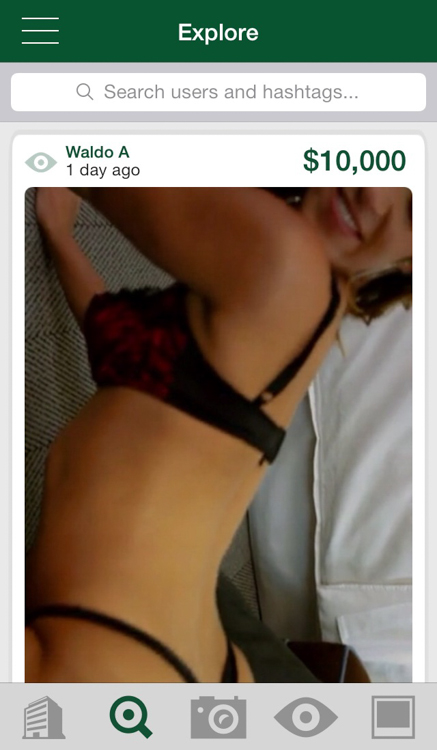 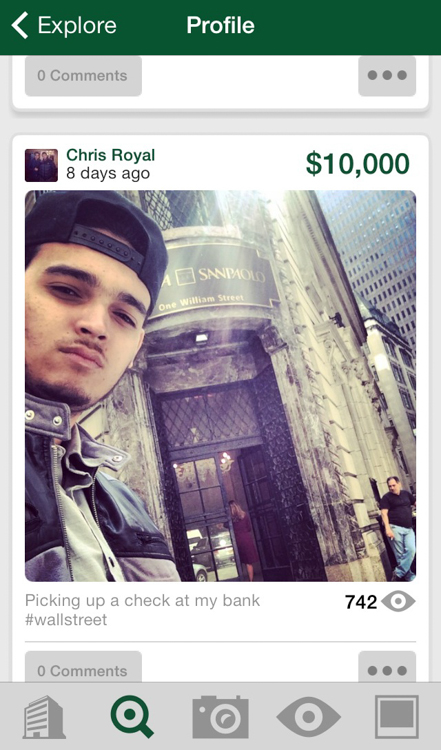 I have bad news for you: You were ripped off. Google Flight Club. 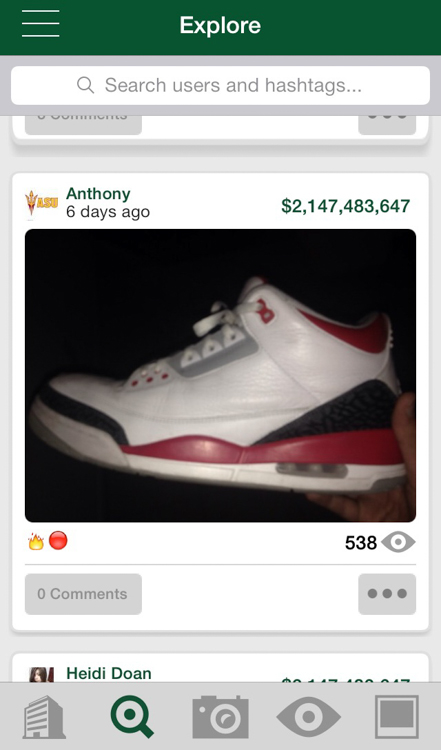 I don’t know this for sure, but I’m gonna assume they bought this baby on the Black Market and are straight up bragging about it. I wish this baby all the best, but that’s quite a price tag to live up to. My parents still hound me about $200 drum lessons I abruptly stopped going to because playing them gave me a headache. I could only imagine their disappointment if they spent over $2 billion on hopes that I was the next Dave Grohl. 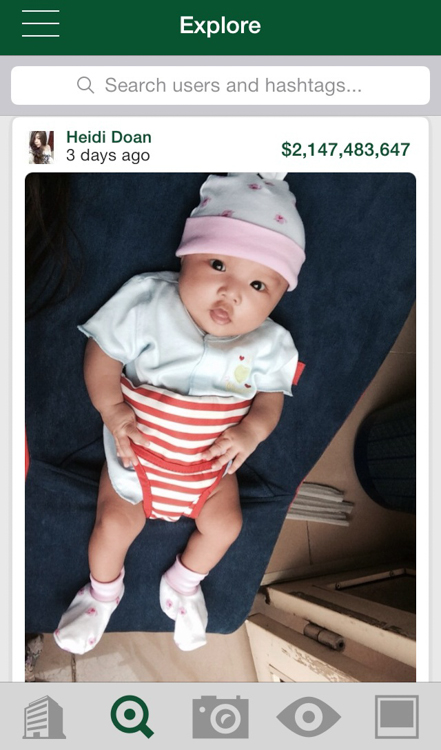 After seeing what Peep.me had to offer and scouring each monster’s profile, I decided I would join in on the fun. I figured, how could I truly judge this app until I partook in the online Lifestyles of the Rich & Famous? So, I decided I would not only chronicle some of my own spending, I’d leave them with some words of wisdom. Then I drove home on my jet ski to quench my thirst with some smoking wizard’s semen and enjoy a $10k hooker. Idiots. 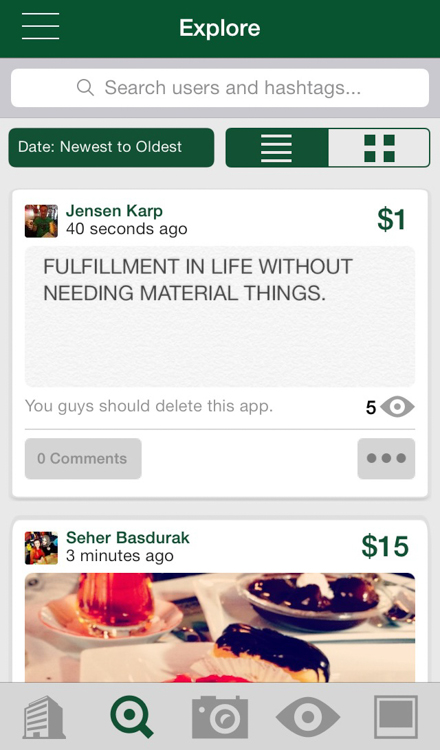