Correct me if I’m wrong. If I ask this question to a 16 year old girl, “Who is your favorite Canadian rapper?” She will most probably answer, “Drake! Sigh. He’s so cute in his wheelchair.” Right? It’s not breaking news that his sound is sonically pleasing to the masses and that he holds the Heisenberg formula when it comes to making tracks that work on the charts. And he does not want to give away his throne yet.

What I am trying to say is that there is only a handful of good rappers hailing out of Canada. Tom Green happens to be one of them – just Check the O.R. – but when it comes to Montreal, the scene is pretty much dominated by the Francophone rappers. Yes. We have this division within our province. Francophone vs. Anglophone. Similar to the Bloods and Crips beef, but minus the drive-by shootings and the gang signs. It’s more of a cultural difference. There is a big political debate on it, but I will let you guys Google it.

We do have quality DJ/Producers like Lunice, Simahlak, High Klassified, Tommy Kruise – but we’ll talk about them in another write-up. 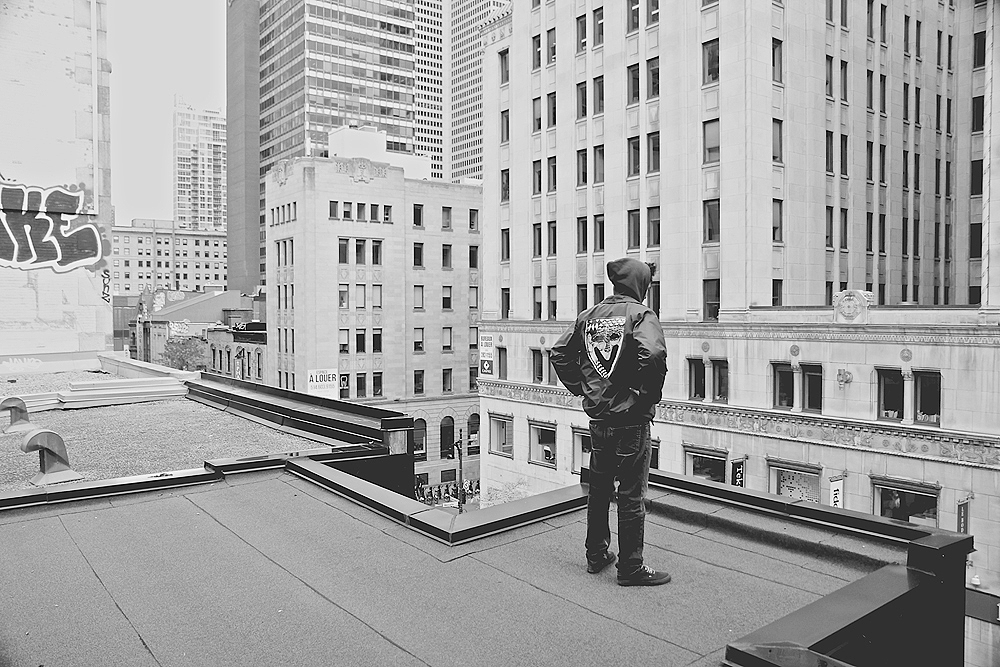 Sir-Share-It: “Right now, the issue in Montreal is within the anglophone rappers. We either got Drake wannabes or Ye rip-offs. There is nothing like us and we are here to fill the void.” 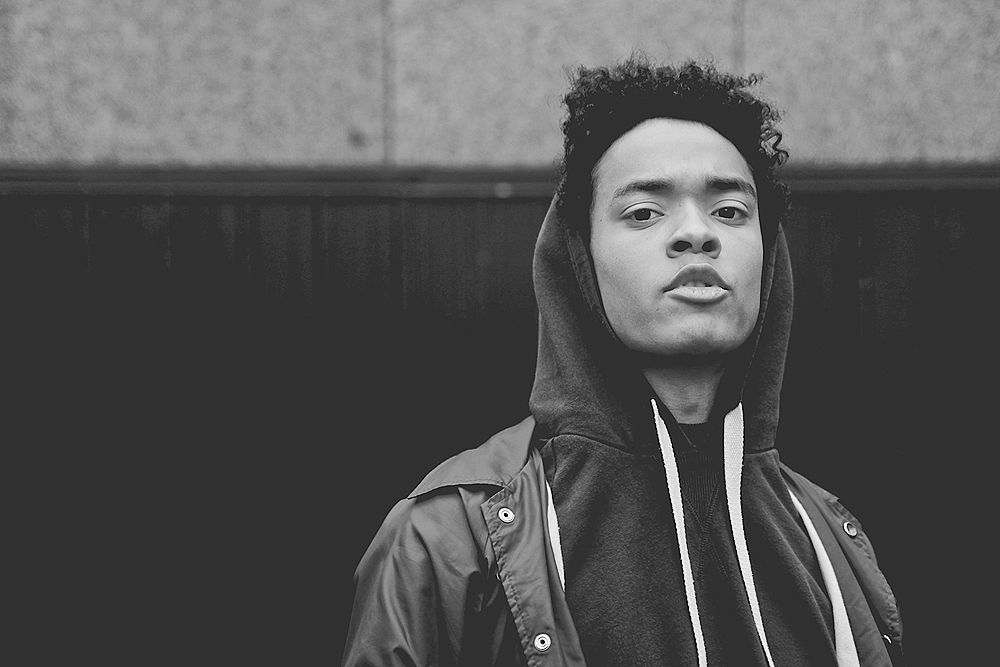 I still remember the first time I was in contact with The Posterz. It was through their music video for the track “All I Know.” I remember when Nate aka Husser spit his first verse in that video and his first lines burnt my ears off. I was just happy to finally hear some good rap coming out of my hometown. It felt like if the Canadians won the Stanley Cup – except Husser, Kris The Spirit, and Sir-Share-It are holding the Cup. Imagine that. But I met up with the guys last Friday to connect and shadowbox with them a bit. The Posterz consist of two emcees, Nate aka Husser and Kris The Spirit, and one producer/emcee Joey aka Sir Share-It. 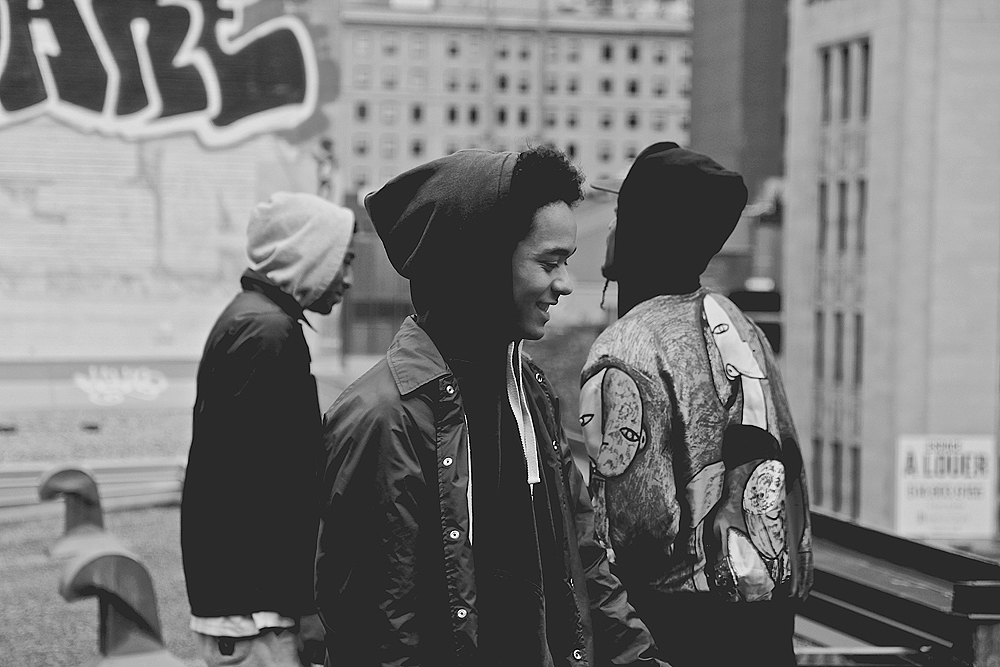 JOHNNY: When was the starting point for The Posterz?
Sir Share-It: The Posterz was formed in the year 20AD. The Wise Men that helped birth Jesus converged at a local pub and decided that the Illuminati shouldn’t be the only secret society in existence, so they spawned THE POSTERZ.

Husser: [Laughs] It was really like 4 years ago, we met at a community center basement back then. There was a small studio set up and I used to go there to record tracks and I noticed Joey had some dope beats. So we started kicking it and here we are.

Who came up with the name The Posterz?
Sir Share-It: The Wise Men.

Kris The Spirit: We were originally called the Posterboiiz, back when it was just Nate and Marcus. Then our balls dropped right before the “boiiz” dropped. Then we became The Posterz. The poster childs for hip hop and anything swank in the city. Innovators, leaders, creators, kings. 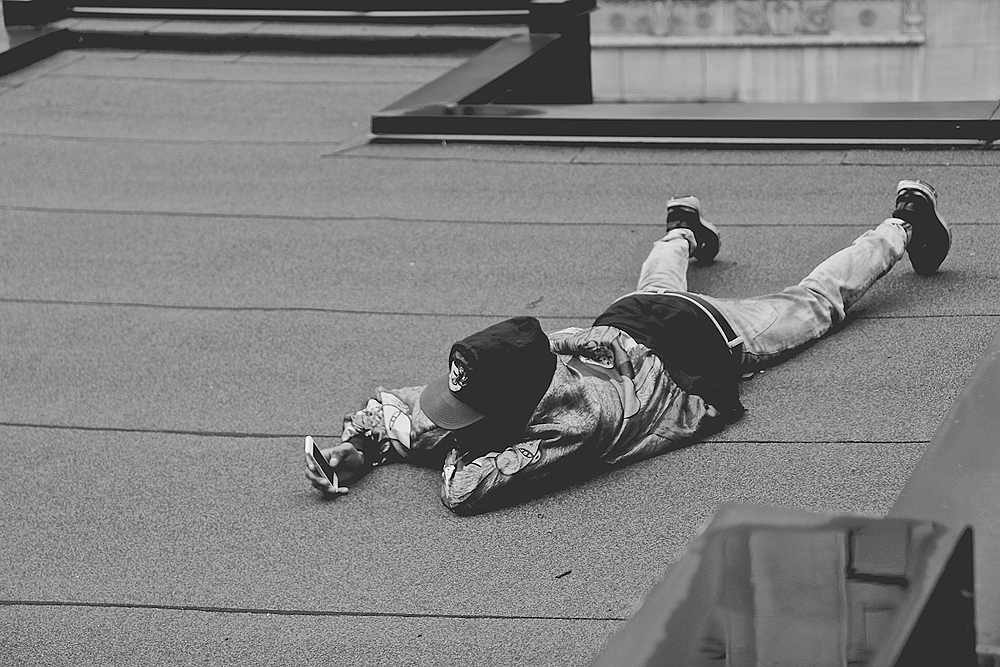 We briefly spoke about mixtapes and you guys said you had done one in the past but are now over it. What is the importance of a mixtape in the industry at the moment? Do you think people still care? Like you guys were just dropping tracks and came out with an EP? Do you think rappers nowadays still need to prove that they can rap over someone’s beat before releasing an original track?
Sir Share-It: Mixtape, Album, Album, Mixtape. I think a mixtape is basically a demo tape. Or a way of saying, “Here’s a shitty collections of tracks I made!” An album should have some sort of cohesive vibe and energy that flows from through every song, making it a full body of work. Mixtapes are a little bit like a McDonald’s combo, whereas albums are like a 3-course meal. McDonald’s fills you up quick, but you don’t even remember you ate it a month later. A good 3-course meal will leave you a sick lasting memory if it was cooked and presented in a dope way.

How has the work method and chemistry been so far? Is there a fair share of creativity amongst the three of you?
Kris The Spirit: The chemistry is pretty awesome. Song ideas and concepts come from anywhere. Sometimes Joey brings a beat that he made at his crib, Husser might have a song in his head,  sometimes I have a certain sound that I heard and would like to use. You never know where the spark will come from next, but it always comes. 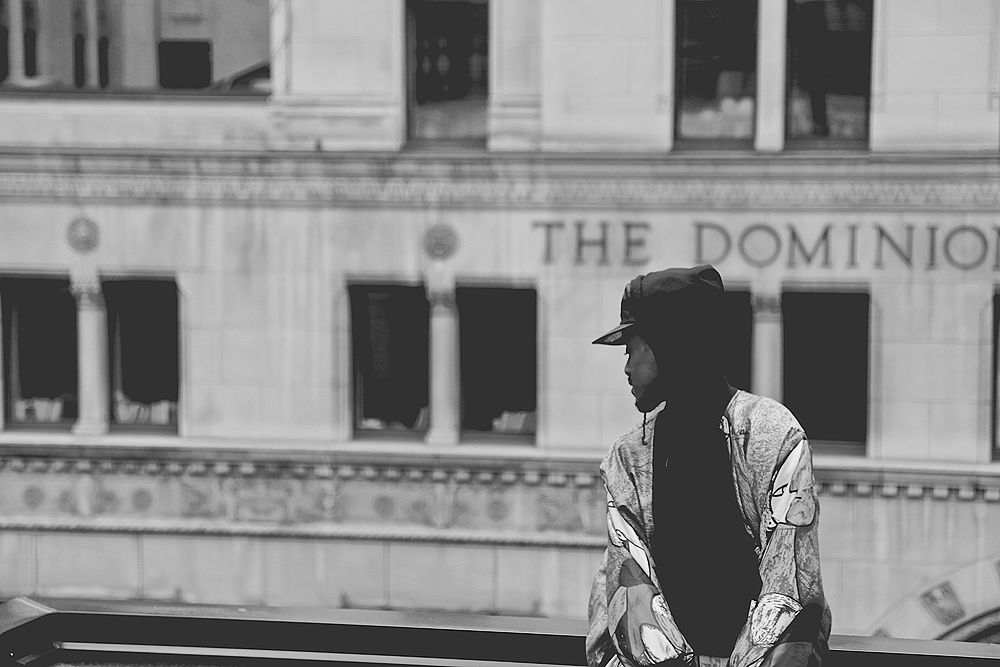 Image seems to be an important aspect for you guys. Why is it so important to have a well-conceptualized image?
Sir Share-It: Image is definitely important to us, but not in a manufactured way. Image is important because we don’t want to be portrayed as something that we’re not! Our focus on our image is to make sure that we don’t end up looking corny, whereas most people focus on image to look cool/trendy. Conceptually, yeah we like to create themes and concepts, but the themes and concepts pretty much all stem from our real lives and then are made more epic for the sake of entertainment.

Husser: Image is just as important as the music, if not even more. If it comes to people seeing before hearing, you have to impress them. If they hear you before seeing, well, it’s a wrap!

Starships & Darks Tints has been out for a while now. How is the response so far?
Sir Share-It: Dope response! Pretty much what we expected! It’s been like our training camp. Our boot camp in how to be a dope artist and how the “industry” works. We learned a looooooooot. 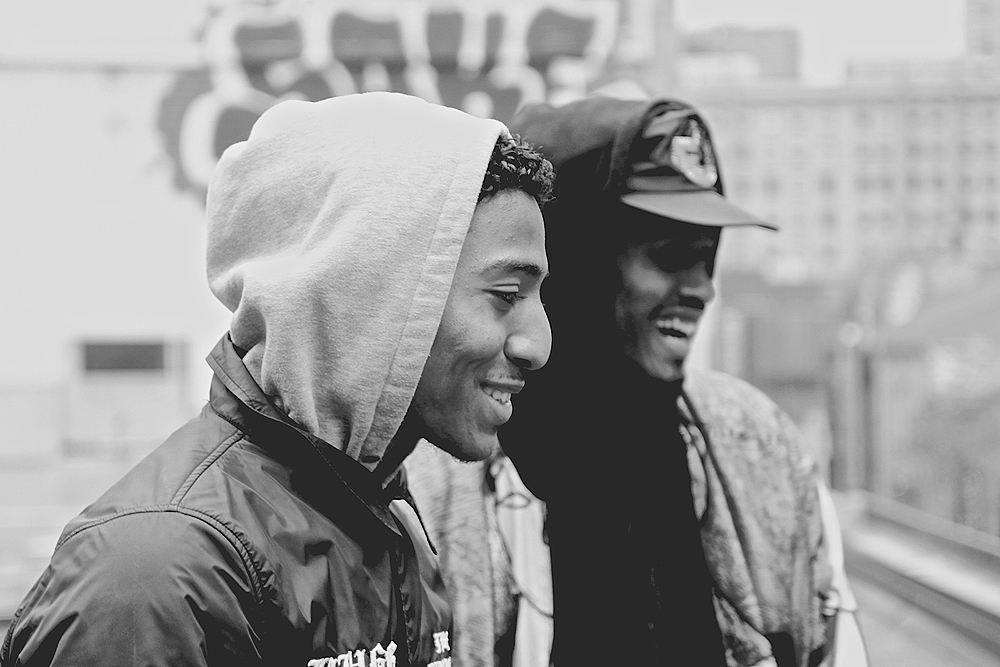 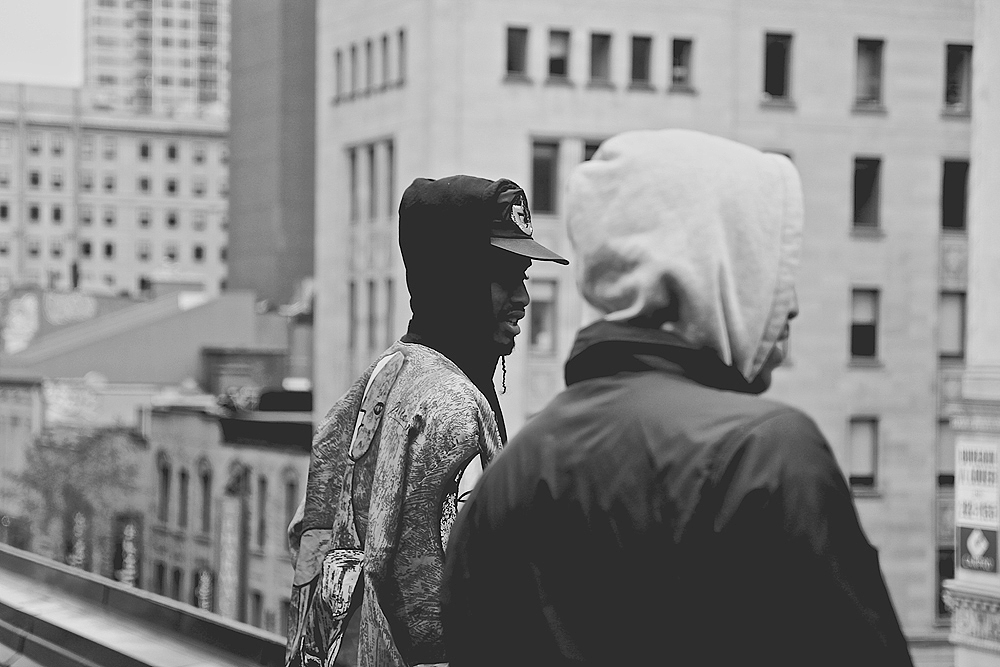 What are your thoughts on the current state of Hip-Hop in Canada, but more specifically Montreal? Where does The Posterz stand in the midst of it all?
Sir Share-It: Canadian Hip-Hop = The Posterz and then Drake, “C’est toute!”

Husser: We them niggas, but shout out to everybody doing their thing though. 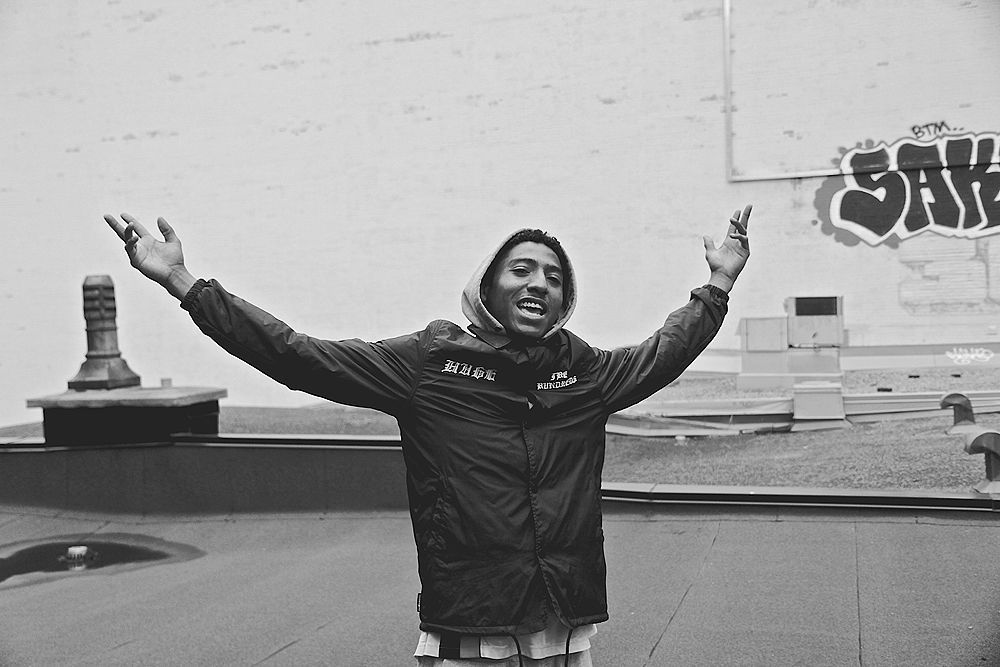 Husser: It’s just us being us. 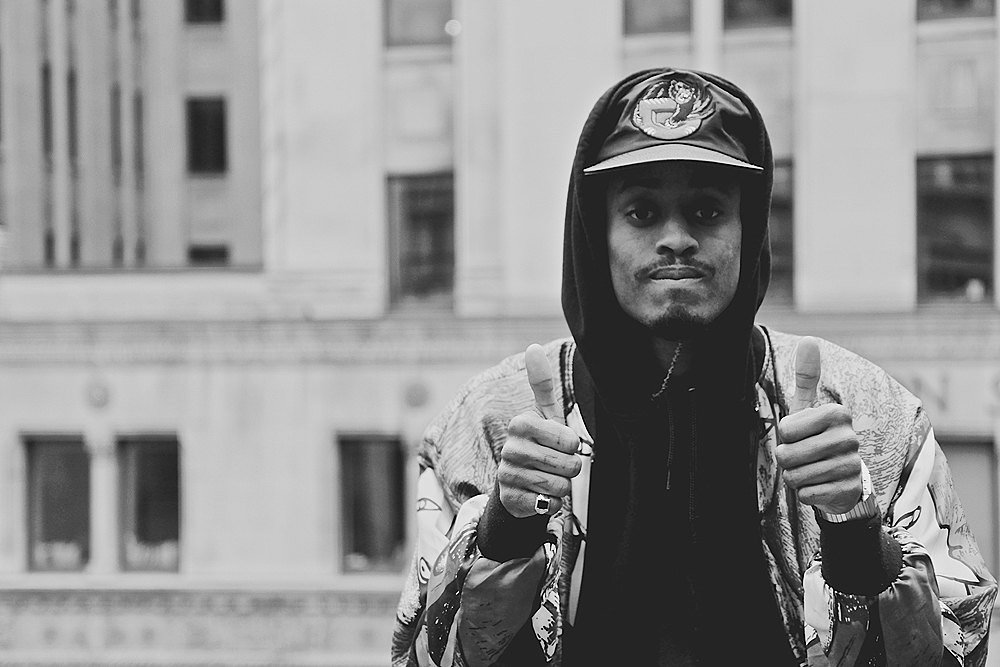 What is cooking up for The Posterz in the near future?
Sir Share-It: Working on the next release. It is going to be juicy. People are going to need their weed wackers and bug spray. Thats all I’m gonna say. 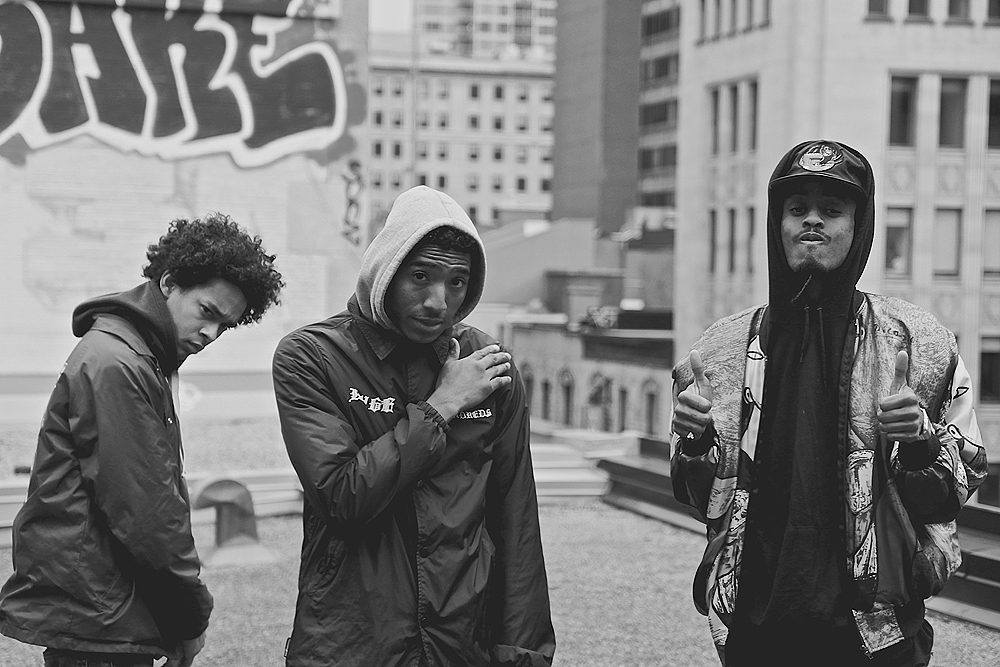 How would you describe your sound in one sentence?
Sir Share-It: Evolving.

Husser: Unheard of. Something pure.

What is the message the Posterz want to deliver to the world?
Sir Share-It: Be yourself, don’t drown your inner child, and break free from the tunnel vision. To be yourself, is to be a Poster.

Husser: Be yourself like nobody’s watching. Stand. Be. Create. And fuck the police.

The Posterz will be performing in New York TONIGHT, October 24, at Arlene’s Grocery for the CMJ Festival. 1:15am sharp. For their November/December tour dates in France, click here. THE POSTERZ :: UP THAT BASS