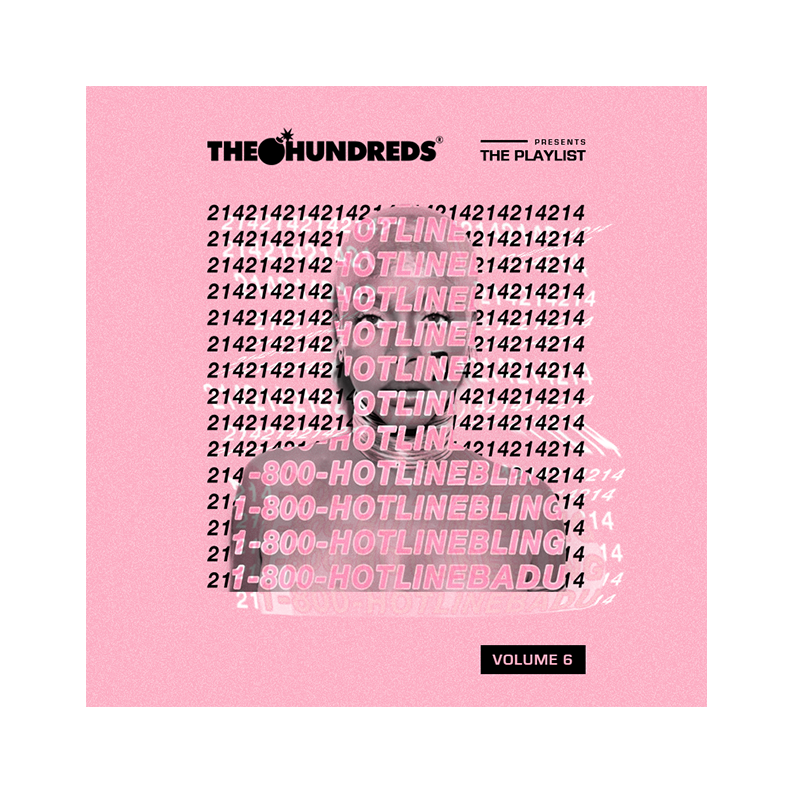 “HOTLINE BLING (BUT YOU CAINT USE MY PHONE MIX)” – Erykah Badu

There’s been no shortage of “Hotline Bling” covers, remixes, and generally terrible attempts at leeching off that relentless 2015 Drizzy hype. But if anyone was actually going to do it justice—post-summer—of course it would be tha R&B goddess herself, Erykah Badu. Lifted from an upcoming mixtape, her cut reworks the original in a way that only Badu could, blowing open the instrumental with an extra spacey soundscape and laying down her iconic, soulful vocals throughout. This is everything.

“The Lavishments of Light Looking” – WOKE

Flying Lotus, Shabazz Palaces, and Thundercat come together to form a supergroup of sorts, producing music under the collective name of WOKE. Their first offering, entitled “The Lavishments of Light Looking” is a multi-layered, clusterfuck of funk-infused hip-hop and soul, with so many different sections that it takes a few listens to fully comprehend what’s going on. Hoping to hear more brain-melting stuff from this Frankenstein’s monster of a group soon.

We first heard Big Boi and Phantogram come together on “Lines” a couple of years back—also featuring—Mr Pretty Flacko, and tbh that shit bumped. Big Boi and Phantogram obviously kept that musical relationship flowing as they’ve just dropped off Big Grams, a collaboration project which makes my big-ass ears very, very happy. Super refreshing sounds bless all 7 tracks of the joint-release, with “Goldmine Junkie” being an early favourite. This is essential listening.

Skepta doesn’t need an introduction no more. This man has been shelling down on radio stations, club venues and festival stages internationally all summer long, and “Shutdown” is easily a contender for song of the year. Top Boy should keep the grime-heads happy while they wait on his upcoming album to finally see the light of day, with the supporting trailer for an upcoming documentary of the same name giving a little insight into how Skeppy’s US/Canadian tour went down.

Jesse James Solomon is one of the most promising MC’s working his way through the ranks in the UK right now. No gimmicks, just raw lyrical heat with an unashamedly British undercurrent. This shit is London, this is what the streets sound and feel like. The Ride Home EP and the title track in particular are truly worthy of your attention and curiosity. (WARNING: May contain bars.)

We may be in that awkward transitional stage between seasons, but this joint from Death In The Afternoon will help squeeze out what’s left of the sunshine, or at least slow-down the post-summer depression a little bit. Hella funky, colorful, and atmospheric sounds c/o the Swedish duo. Very easy-listening, much fun, wow.

Is DOOMSTARKS actually, finally happening? Maybe, hopefully, who knows. The elusive MF DOOM/Ghostface Killah joint project has been rumored for a minute now, with “Lively Hood” being the first track to surface in 2015—the year that DOOM claimed the long-delayed holy grail of an album would drop. Whether we finally get the album or not, this track certainly gives us an idea of what the project may sound like. Classic hip-hop vibes, rawness. It’s actually a really weird song, but I fuck with it just because.

Run The Jewels 2 was up there with best records of 2014. No question. However, the idea behind the Meow The Jewels remix album always left me feeling quite conflicted. In essence, the album was pitched as a series of remixes of tracks from RTJ2, but consisting of... cat noises. I know, it sounds like it should be terrible, but it’s actually far less feline than expected. Get your paws on it for free here.

It would be fair to describe Isaiah Rashad as the most low-key member of the TDE clique, but with his silence comes consistency. And with his consistency? Execution. Last year’s Clivia Demo was a more than convincing debut EP, and although Isaiah has remained relatively quiet since then, it seems like the kid has been busy working. New track “Nelly” picks up where he left off last year, and with any luck, we may be blessed with an LP sooner rather than later.

To round of Vol. 6 of The Playlist, I’ll leave you with the haunting sounds of Novo Amor. The British singer and songwriter produces the the most beautiful, immersive music that it could bring a grown-ass adult human to tears. If you enjoy using music as a vehicle to escape your head for a little bit, this delicate, atmospheric masterpiece by the name of Anchor should serve you well. The cinematic, accompanying video is a touch of class too—just in case the song itself doesn’t paint enough of a picture in itself.