HOW T-PAIN HELPED ME GET OVER MYSELF

The Internet was clamoring over T-Pain not too long ago when he went to NPR on a media circuit to promote the release of his Happy Hour: The Greatest Hits album. It marked the start of a rollout of his upcoming Stoicville album, named for a fictional town in which T-Pain wants to live, where nobody has any emotions, minds their own business, and “you don’t get shit from nobody.” After his Tiny Desk performance, Stoicville seemed like a place that a lot of people wanted to live, or at least visit for a couple of songs or so.

It was just him and a keyboardist, doing a stripped-down medley of all his chart-toppers in front of about 15 people. It was the most vulnerable anyone has ever seen the Nappy Boy CEO. Instead of in a nightclub full of people where he could hide in low lighting behind his signature Oakley shades or top hat, he was perched atop a wooden barstool in broad daylight, nervously adjusting his hat and remarking on how awkward the whole thing was in-between every song. He seemed almost naked in front of that small audience. It was beautiful. His guard was completely down, and I’ve got a sneaking suspicion that the reception of the performance was so overwhelmingly positive because people were finally able to make a connection with him. A connection that I feel I’ve had for quite some time now. 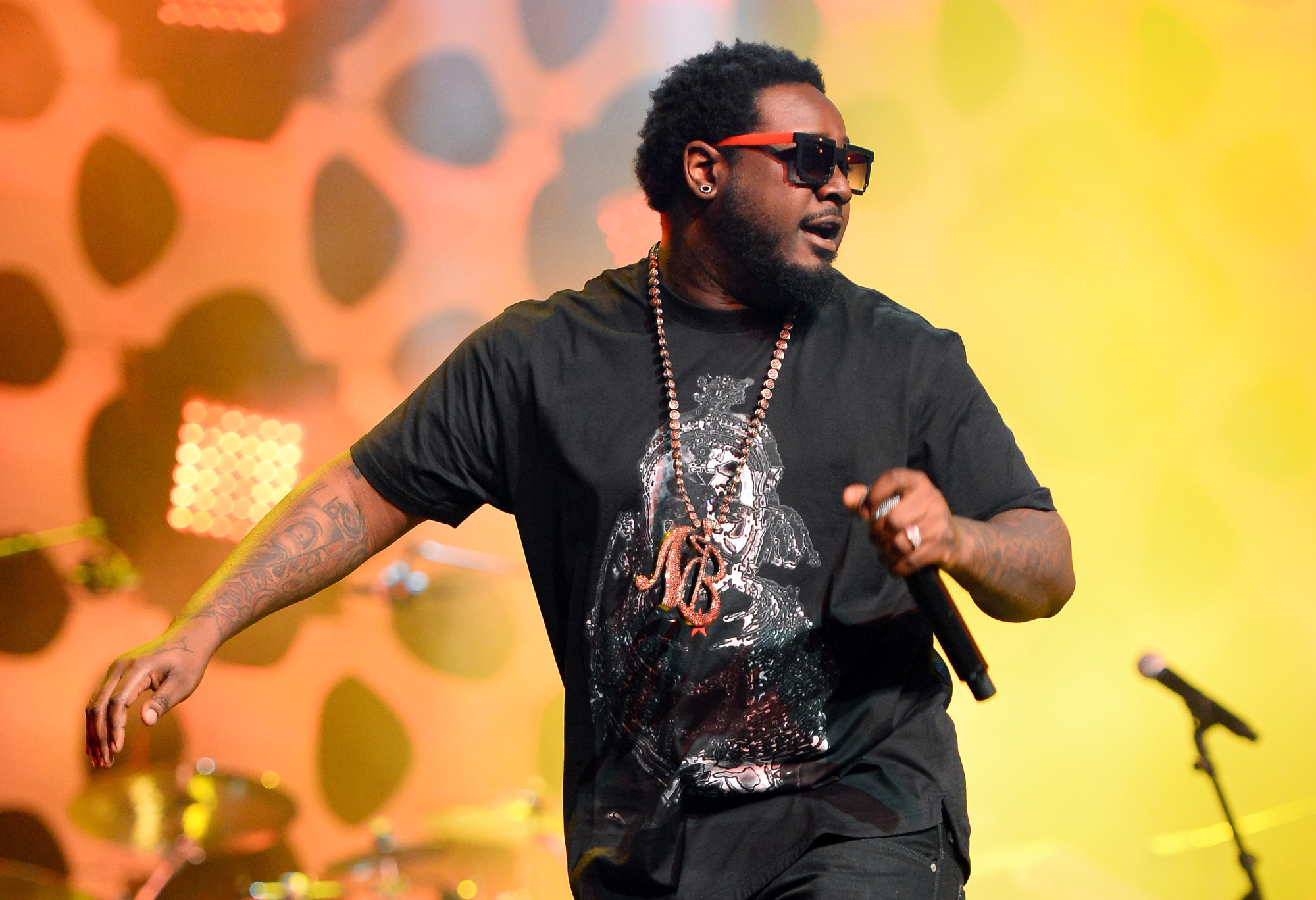 I have always loved T-Pain. From the very first time I heard the infectiously bouncy and heartfelt “I’m Sprung” crackle through the radio, I never faltered. I might be among the minority that thinks that “I’m In Luv (Wit a Stripper)” was one of the greatest love songs ever made. I wholeheartedly believe that he is one of the very best singer-songwriters of our generation and cannot understand why people seem hell-bent on refusing to give him his due. I would trade “Death of Autotune” and the entire The Blueprint 3 album back to see T-Pain’s unfettered progression as an artist in a heartbeat.  Why? Because he’s always been there to help right the ship for me when the ship desperately needed righting.

In junior high, like every other hormonal preteen kid that romanticizes everything, I was crushing seriously hard on this girl. I mean, really, really hard, as in, whenever I saw her coming towards me down the hallway, I would suddenly start to be able to hear my heartbeat thundering in my ears, and every time I’d try to speak to her, my foot would automatically insert itself into my mouth. I really thought it was love.

We added each other on Facebook before ever having an actual conversation in person that exceeded 5 minutes. Regular posting on Facebook walls wasn’t frowned upon back then like it is now, and it wasn’t out of the ordinary to post stuff that wasn’t informative or noteworthy in any way, so our mutual acquaintances got to be a party to riveting back-and-forths as “What’re you up to?” “Nothing, just watching TV and thinking about how many slurpees it would take to fill a bathtub.” Finally, probably to the relief of people that had saddled themselves with our friendship, we exchanged phone numbers and started having these boring exchanges through text messages. It went on like this for some time; I’d grin like a total idiot every time my phone buzzed and it was her. I’d talk about how her nose wrinkled when she laughed and about how things “were so her” as if I were her boyfriend. That was, of course, until she got an actual boyfriend and summarily stopped talking to me.

That was the first time I’d ever really felt anything that I could call “heartbreak.” Nevermind the fact that I knew next to nothing about this girl. Nevermind that we never even kissed. You couldn’t tell me anything. I was in shambles.

This was around the time that Epiphany came out, so I faked sick and gave it a spin. I jumped straight to “Suicide” because why wouldn’t I have? I listened to it on repeat for what must’ve been a full two hours before actually listening to the lyrics, grasping that the song was about contracting AIDS after having unprotected, anonymous sex, and figured out that I had absolutely no clue what real problems were. This was followed by a truly cathartic bathroom mirror performance of “Bartender” that sparked a one-person dance party that took up almost the entire afternoon. Suddenly everything was fine, when hours before I was sure that the world was ending.

That might not be the hardship that you would expect to forge a bond with an artist, but from then on, the connection was made, and it wasn’t going away.

Time passed. Thr33 Ringz came out and I bumped it all through senior year. I graduated high school and went to college. People got tired of the autotune gimmick and Jay Z made “Death of Autotune.” It was my ringtone for my entire freshman year of college. T-Pain tried to maintain and released a passable Revolver album, but even I couldn’t say that I was all that into it. I might’ve only run back two or three tracks from the effort more than once. Looking back on it, it wasn’t even that bad; he tried new things, and assimilated current trends into his trademarked style in a way that made sense.

The music industry had roundly dismissed my beloved T-Pain as a stale joke, and I was nowhere to be found. Not that I could’ve done anything about it, but still.

The base of his decline came around a time when I felt what true heartbreak was for the first time. He’d become fed up with an industry that refused to take him seriously or give him his due, and I’d gotten into my first real relationship at school, which obviously went completely sour on account of getting a late start on the whole “girls” thing.

When it was over, in the seething anger phase of my grief and totally satisfied that it was her fault, nothing but her fault, and her fault only, I went on this stormy breakup music binge for the better part of two weeks. I was home for the summer, I was bored, and mostly alone. In all of my lonely, righteous fury I stumbled back over an Epiphany Japan release bonus track called “Calm The F**k Down,” and was reminded why I loved T-Pain so damn much.

You can’t find it (legally) anywhere anymore aside from a pitched-up “Chipmunk” version on YouTube, which is a travesty, but also cosmically funny in a way.

I was completely blown away by the hook: “Baby girl, I’m not gon’ take all of this / fussin’ and hollerin’, throwin’ and tossin’ shit around / and you best not throw them pots in here, I’m the man in here / you better calm the fuck down.” I listened to it all the time and sang it at the top of my lungs. I knew these weren’t things I should’ve been singing, but it felt so good to sing them aloud. 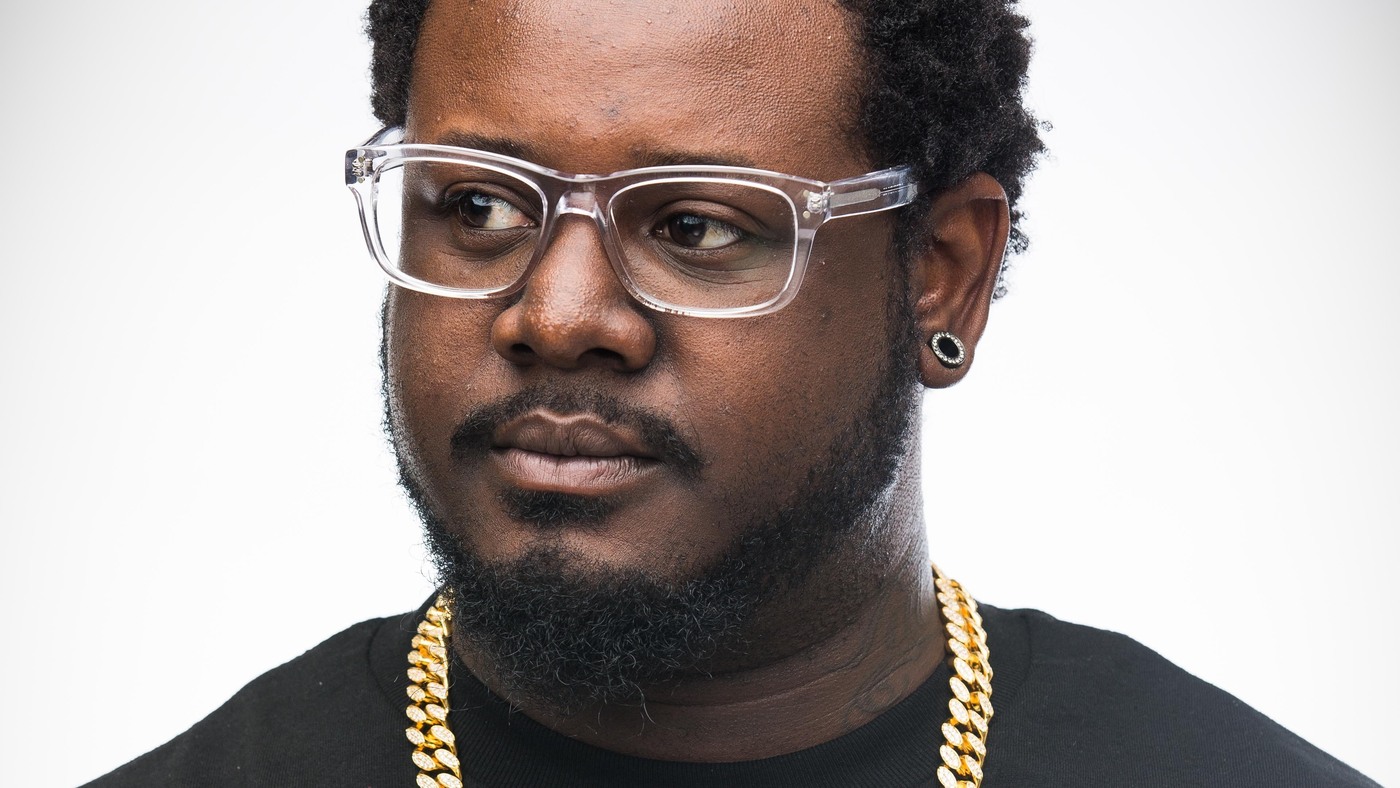 It was so scornful and serene and was by far the realest song I had ever heard about what it means to be in situation where you’re both just surviving each other. It was also so relatable: “We in love / they don’t wanna see us happy / walking, talking doing our thing / but hold up / you can’t disrespect me / bitch get out and gimme back all my change.” Are you kidding me? That hit me like a ton of bricks. I found that I wasn’t bobbing my head so much as nodding in agreement. Was it healthy? Who cares? It was like having the requisite, post-breakup, “girls are crazy” session after playing ball with the homies, and at the time, it was what I needed.

The song was irreverent, playful, and disarming like all of the ones that came before it, and, God-willing, all of the ones that will come after. It helped me get all of that toxic rage out of my system, and, however unrelentingly petty, led me to the realization that hey, I had my hand in the breakup too, and maybe we just weren’t right for each other. 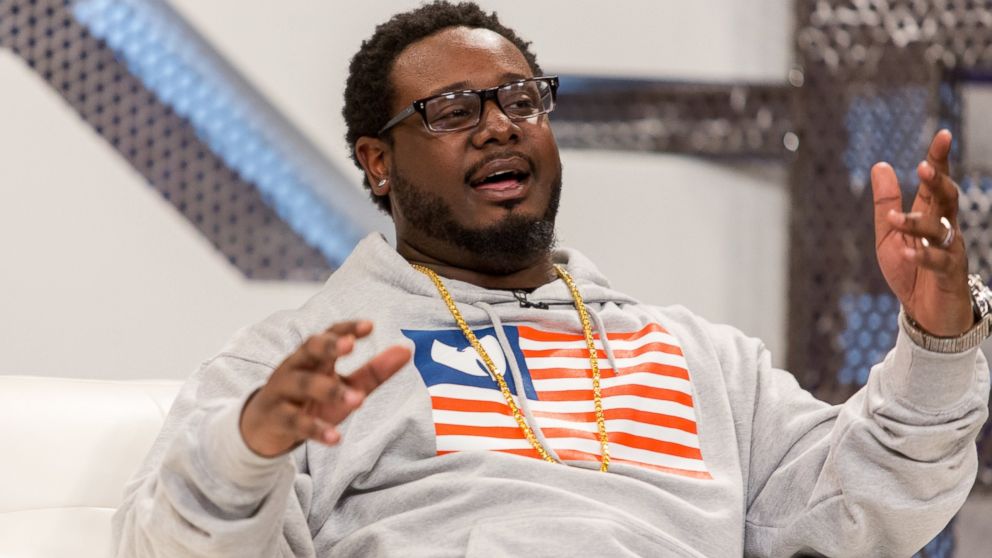 T-Pain helped me get over myself and for that I will be forever grateful through any dips or turns his career may take. I’ll always have a special place for him in my heart/CD sleeve/hard drive, and when Stoicville finally drops, I will neither walk, nor run, but fly to the nearest record store to get all of the copies they’ll give me. ON LEGACY, LONGEVITY, AND DJ QUIK

Senay Kenfe
Longevity is a difficult concept to translate to today’s audience. Especially when you’ve been an active participant within a culture for over 20+ years. The Internet and the instant gratification ...
HIDE COMMENTS