Tell me about Massillon, Ohio. What do you think has helped you as an emcee, being from a place most people outside of Ohio have never heard of?

Massillon has just helped me because it’s a unique place and a small city and there are a lot of cities like it in America that people don’t know about. I also have the opportunity to put my city on the map and there are a lot of places like that that need that voice. It has also helped me because it’s a place that’s built on hard work and not a lot goes on there, so it’s kept me motivated and inspired me to want more than what is there and transcend it. Massillon has really inspired me to become the greatest MC I can be.

Can you name 5 famous people from Ohio?

I’m surprised you didn’t mention Arsenio Hall. So what made you decided to move to Brooklyn?

I moved to Brooklyn to play basketball at LIU after I transferred from Michigan, so that was the basic reason for the move. But I ended up staying after injuries sidelined by basketball career because I felt that if I wanted to make it in the music industry, I wouldn’t be able to do it from my hometown. 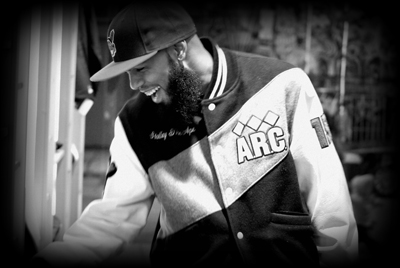 My least favorite is probably Ã¢â‚¬Å“swaggerÃ¢â‚¬, I hate that word (laughs). My favorite hip-hop slang word is Ã¢â‚¬Å“coldÃ¢â‚¬.

How do you go about the process of crafting a song? Do you have a concept and then build on it, or is it more organic?

Most of the time the creation of a song is organic; playing a beat and then just listening to it and zoning in on whatever comes to mind when I write. There are times when I come to a producer with a concept and then have the producer create something with that concept in mind, but most of the time it’s just organic-vibing out to a beat.

It seems like a lot of artists are just giving away music on the Internet and making up the difference with tours and merchandise. Is that the route you are looking to also take?

Honestly, I’m looking for whatever route allows me to be as successful as possible, but as of right now that’s the route I’m taking, just building my brand. I’m fortunate enough to be able to make up for giving away some music by making up for it with shows, t-shirts, GoodWood pieces, etc. However, in the future I would like things to grow and be greater than that and sell albums too!

How did it feel to be invited to join Mos Def, Jay Electronica, and Curren$y in Center Edge Territory?

It was an honor because those are 3 artists that have been around and they’re all dope in their own right and have their own style. To be looked at as an entity with a different style and to be the MidWest addition and to be able to be a voice from a small city in Ohio it was just a complete honor to be a part of. Mos is also one of my favorite artists of all time, and he has given me advice in the past and been somewhat of a mentor to me, so the whole thing was just very humbling. 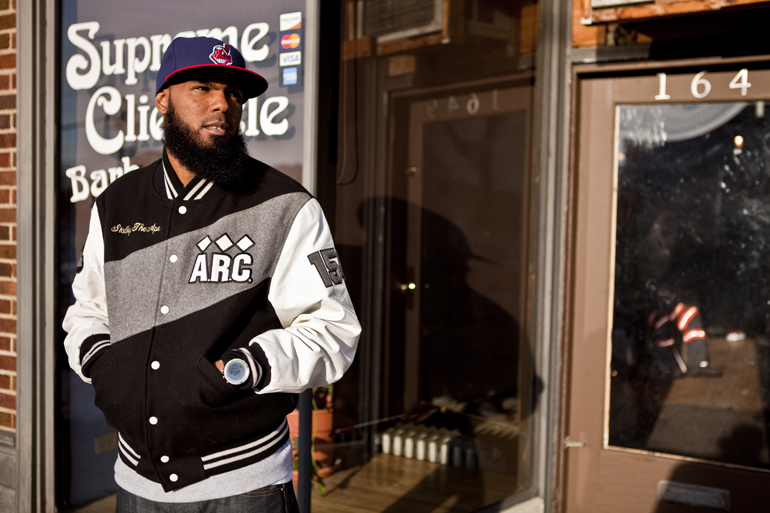 Who are some of your influences in and outside of the Ã¢â‚¬Å“industry?Ã¢â‚¬

My mom is my biggest influence because I’ve seen her raise me as a single parent and provide for me the way she has. She never complains about anything, so she gave me that attitude. She made me feel like if I want anything I can get it if I put all my heart and soul into it. I’ve seen her do it with nothing and I’ve never really wanted for anything. There are a lot of artists that influence me, like Outkast, Mos Def, Common, etc. but my greatest influence is my mom.

Can you explain what DD172 is and how you became involved with it? Were you already doing Creative Control?

DD172 is really just a collective of like-minded people that are trying to create the best art possible, whether it’s visual art, videos, designs, clothing, music, websites, photography, whatever. I became involved with Creative Control, who did my first music video Ã¢â‚¬Å“Autobiography.Ã¢â‚¬ After that, I really started going there more often, got to know everyone and have worked on various projects within DD172 and Creative Control.

Besides the music, you are also building a brand. I saw you did some t-shirts with 10 Deep. Did working at Alife educate you about the business?

I knew about the clothing business before Alife, but Alife did help me a little because they have a presence in the streetwear culture and I helped build and merchandise their ARC Sports store. My experience at Alife also allowed me to learn about product placement and make some connections in the industry. I took what I learned there and put that into the building of my own personal brand, since I helped build their brand. 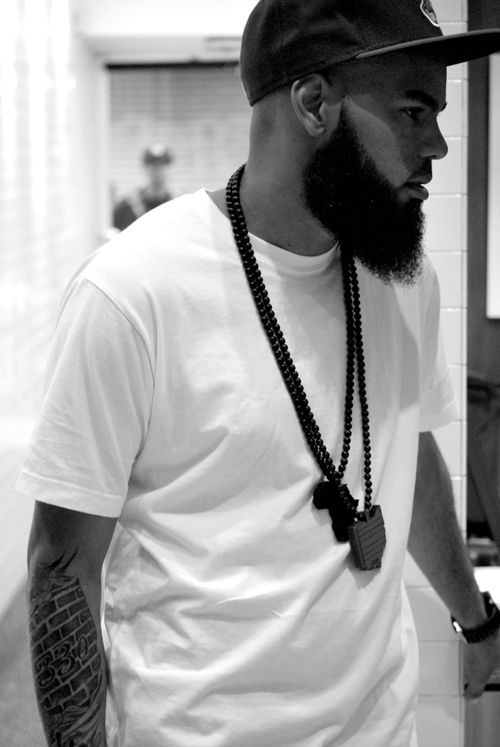 You always hear about how hip-hop is in complete disarray, with the excess, paper cutter emcees and corporate money dictating what songs are played on the radio. I wanted to get your opinion on the state of hip-hop and what you think should happen in the future?

. I think that’s wack because the game lacks originality and in the past it was cool to be original and different and that attitude has kind of dissipated.

Last question, what’s the power of the beard man? That thing is legit.

The power of the beard is me, I’m the power of the beard.Really though, it has come along with me and my experiences being an emcee, it really gives me strength, wisdom, knowledge and growth. It’s been with me since I really started to write music and it’s grown with me and helped me keep me grounded. It’s also part of my religion and it’s a staple in hip-hop these days, everyone wants to grow a Stalley beard.

To find out more: