Rye Beres rules! He’s not much different than the average 14-year-old boy – he likes to skate, hang out with his friends, and visit his older brother who lives in San Francisco. But he’s extra awesome because he started Boneless Magazine, a black-and-white paper zine featuring friends, events, product reviews, and interviews with his favorite pro skaters. Did I mention he’s only 14? What were you doing when you were that age? I’ll tell you what I was doing… sneaking out of the house and not doing my homework, that’s what (sorry Mom and Dad). What’s even cooler is he started it all because he wanted people to really see what skateboarding is like from a kid’s perspective.

In a world where our youth seems to be pretty caught up in video games, the internet, and basically never ever going outside… it’s really refreshing to see this adventurous DIY mentality alive and well in Rye. He’s out there having a blast and doing what he loves. Lucky dude! He’s well ahead of the game, if I do say so myself.

How old are you?

When did you start Boneless Magazine?

In November 2009 at the Make-A-Wish event in Houston. 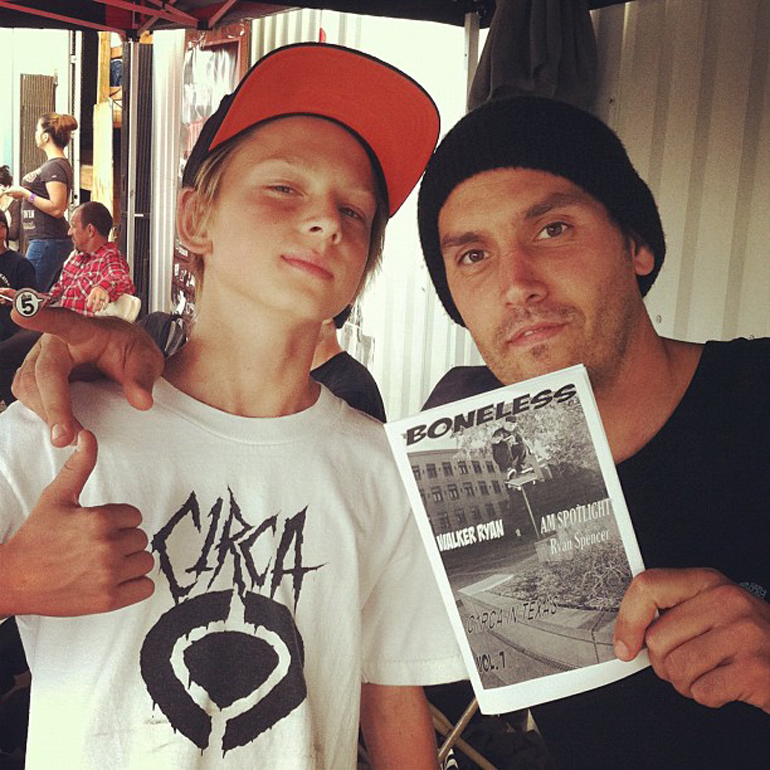 Where did you get the idea to start it? How did you start it?

I got the idea because I wanted people to see skateboarding from a kid’s perspective instead of someone who has probably been around skateboarding for ten plus years. I started it with pen, paper and my pure determination.

How did you get into skating?

From my older brother Raney Beres,He was doing it and I thought it looked fun so I picked up a board one day and loved it ever since.

What is the best part about skating?

Being with my friends and meeting new people. To me, skateboarding is a form of art and you get to express yourself whether it’s through your style or your personality and attitude, whereas in football or baseball it’s either this or that. So what I’m trying to say is that with skateboarding you can be FREE and that is just the best part.

What is the worst part?

Falling, and people who do it for the fame. There are other ways to be in skateboarding besides being a pro. You can be a team manager and do just as much as a pro, if not more. You’re supposed to have fun with skateboarding, it’s a toy. Don’t make such a big deal out of it.

To me, skateboarding is a form of art and you get to express yourself whether it’s through your style or your personality and attitude 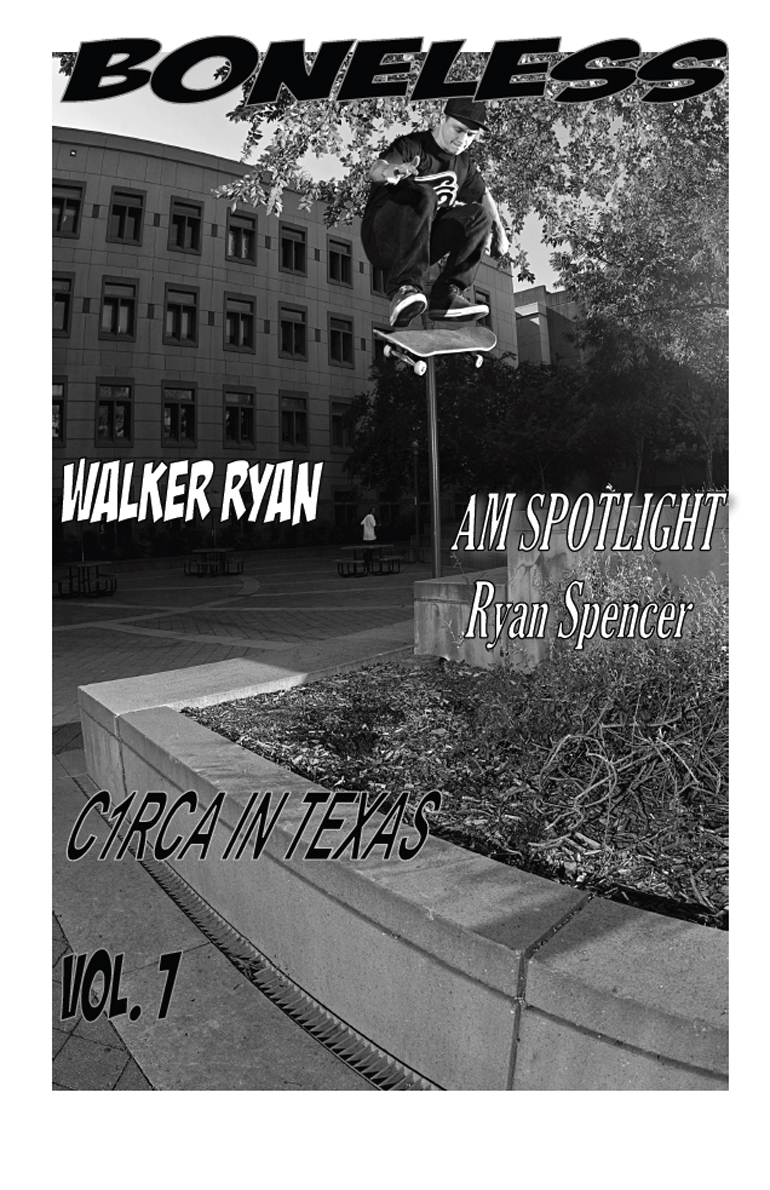 What is your favorite thing about making Boneless Magazine?

How did you come up with the name?

I really liked the trick Boneless so I thought that would be a pretty tight name.

What would you like to see Boneless turn into?

Obviously a big magazine like Transworld or Thrasher, but maybe a color magazine first!

Is working at a magazine something you might want to do when you get older?

Probably. As long as I have something to do with skateboarding, I’ll be fine but that’s probably the one thing that sounds the most fun to me.

What are some of your favorite tricks?

I like them all. I like fakie full cabs and shuv its. Nothing is wrong with an ollie either.

What are some of your favorite skate spots?

Well, in San Antonio there isn’t too much, I like skating at the schools in my area. Not too far from my house is a DIY spot my brother and his friends made, so that’s pretty fun. Then when I travel I love going to 3 up 3 down and 3rd and Army in San Francisco.

Favorite skater of all time?

My top pick would probably be Kenny Anderson.

What’s the craziest/scariest/funniest thing that’s ever happened to you while skating?

It’s not like I’m making a magazine about something boring. I get to have a fun time traveling, shootings photos and videos and being with some of the coolest people. 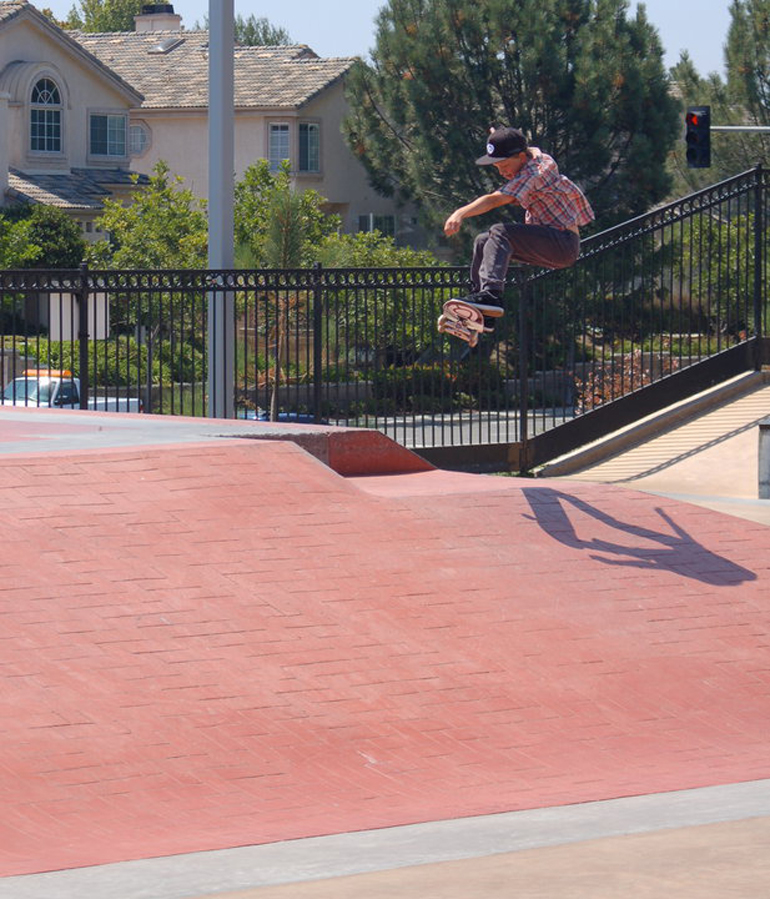 How do you like growing up in San Antonio?

Well it’s not the best place to grow up if you are trying to get your name out there in the skate world. Besides that, it’s awesome! The coolest people live here, the skateboarding scene is rad and it has good weather all year round.

If you could go anywhere to skate where would it be?

Probably Oregon, New York or Chicago because I’ve never been there. If I could go out of the country, probably Canada or Europe.

Any cool plans this year?

Hopefully I get to go on a road trip with my friends from Tetra Media and trip up to SF to see my brother Raney! I also hope to make Boneless bigger and better this year!