“Creative Minds, Creative Spaces” is a new series in which Tyler W. gives us an inside look into the process, surroundings, and motivations of creatives.

Ryan Plett has a very specific type of energy about him. It’s not a nervous energy or a restless one, but something that can best described as ambitious. It’s not too often that you find a photographer with his savvy mindset, which is probably why he has been able to accomplish so much in less than two years living in New York City.

With a creative style that blends the lines of raw portraiture and editorial fashion, Ryan has shot for a number of brands—both big and boutique. In addition to his commissioned work, Ryan also operates his own creative agency as founder of #CURRENTLY, where he contributes his photography to digital strategy and marketing concepts developed for a variety of clients.

We caught up with Ryan in between his coverage of NYFW for Tumblr and him heading out west for an upcoming gig in Austin. Ryan gave us an inside look at his West Village apartment and spoke about leaving his corporate job to run his own business, middle school fashion, and his move to NYC. 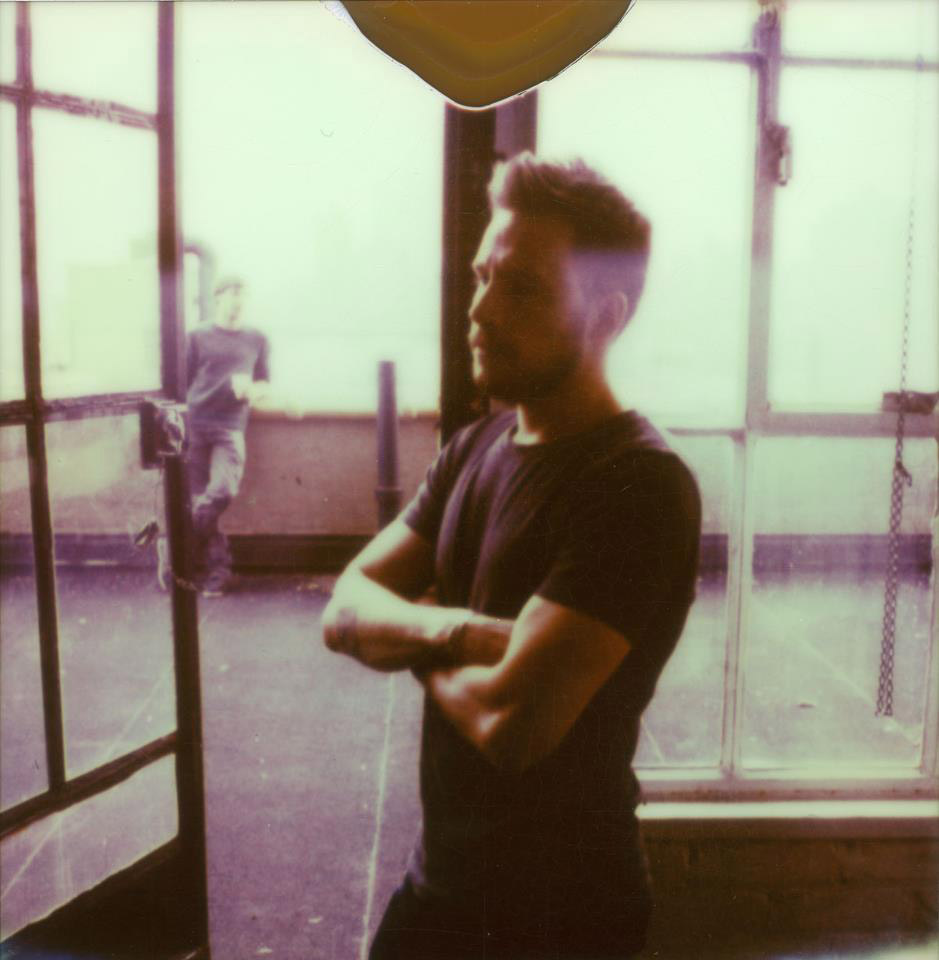 TYLER W: You grew up in Iowa, which is perhaps better known for abundant land and farms than fashion and culture. How did you end up finding yourself in this world?
RYAN PLETT: I’m still not for sure if I’m in this world yet, but I guess I’ve just always sort of liked clothing – mostly fit and function.

In middle school it was Jordans, Starter jackets, Guess jeans, NBA jerseys, all that logo-based shit that now I can’t imagine ever rocking. Basically as a kid you wore anything that said, “I spent money on it.”

After that, I went back to basics, then suits in my corporate gig, then that finally parlayed into starting a blog talking about the stuff I liked. 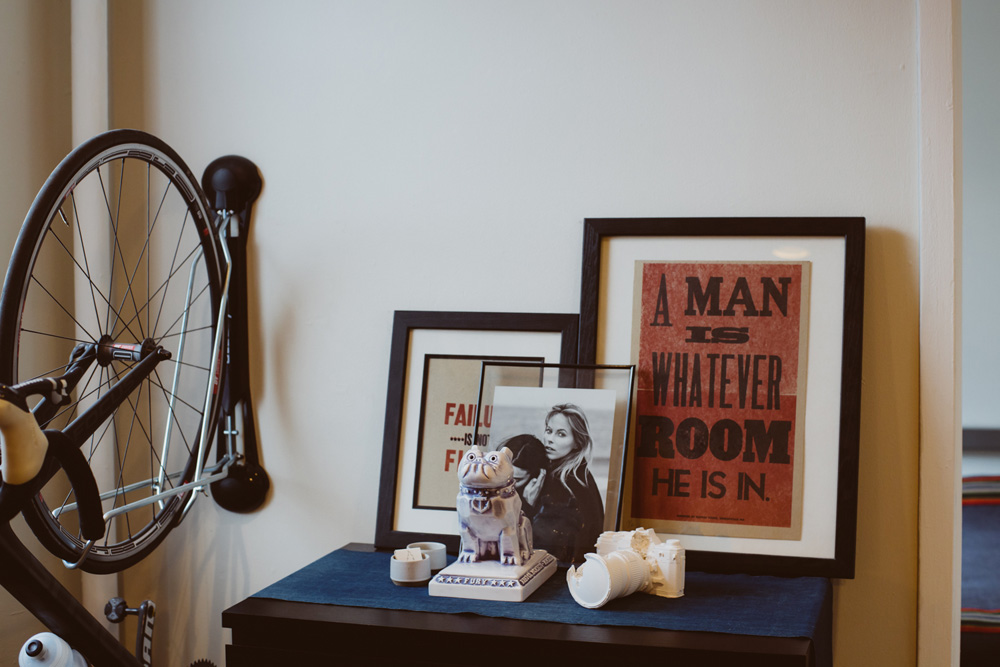 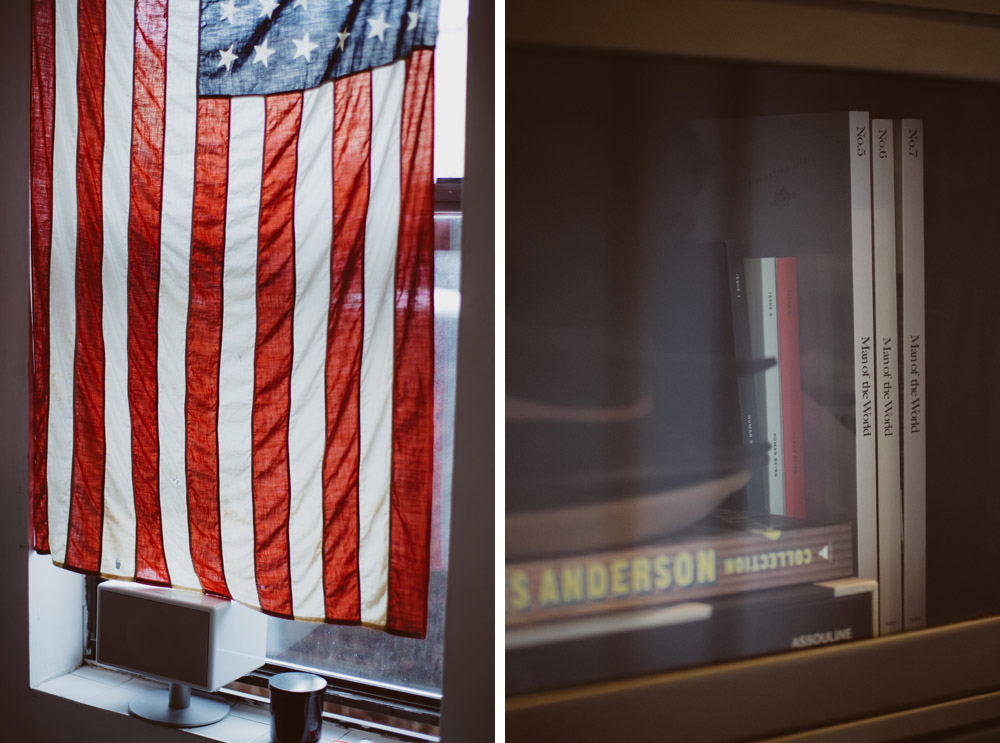 Your full time gig is running your creative agency, #CURRENTLY, but you cut your teeth at a larger, more corporate company. Can you speak about your time there and how the two worlds compare and contrast?
I worked at a consulting firm called Accenture and mostly worked in MNA, Change Management. As social medial and digital marketing evolved, I built some practices out at the firm and started working on those types of projects.

The thing about consulting that most people don’t understand is that it’s basically business boot camp. I pretty much had 10 jobs in 6 years and flew around the country Monday through Thursday night, working non-stop. It’s insanely valuable for your business acumen and your wallet, but terrible for having a personal life. Hence the career move.

What were some deciding factors that made you want to branch out and do your own thing vs. working for one of the big guys?
I always enjoyed the style world and always loved shooting images. The success of my blog eventually led to opening doors and making introductions, and I then started helping friends and stores with consulting, shooting, and social media.

Most independent shop owners aren’t that driven by business, they’re passionate about the style, art, and their community, so it’s amazing to step in to help them with their reach and branding. Overall it was a pretty simple transition, less money but more freedom to do the right work. 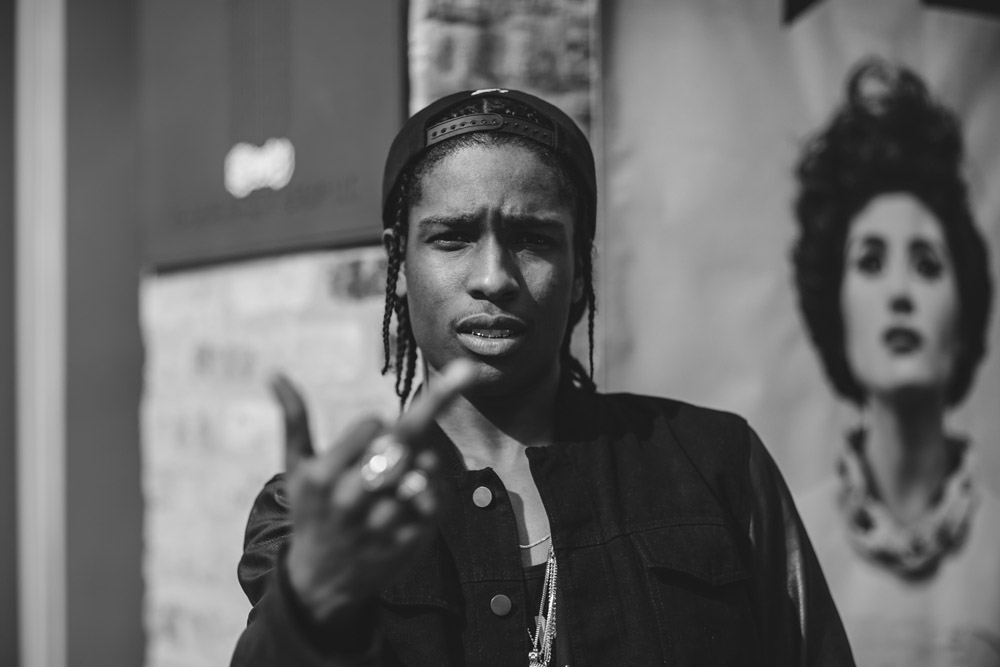 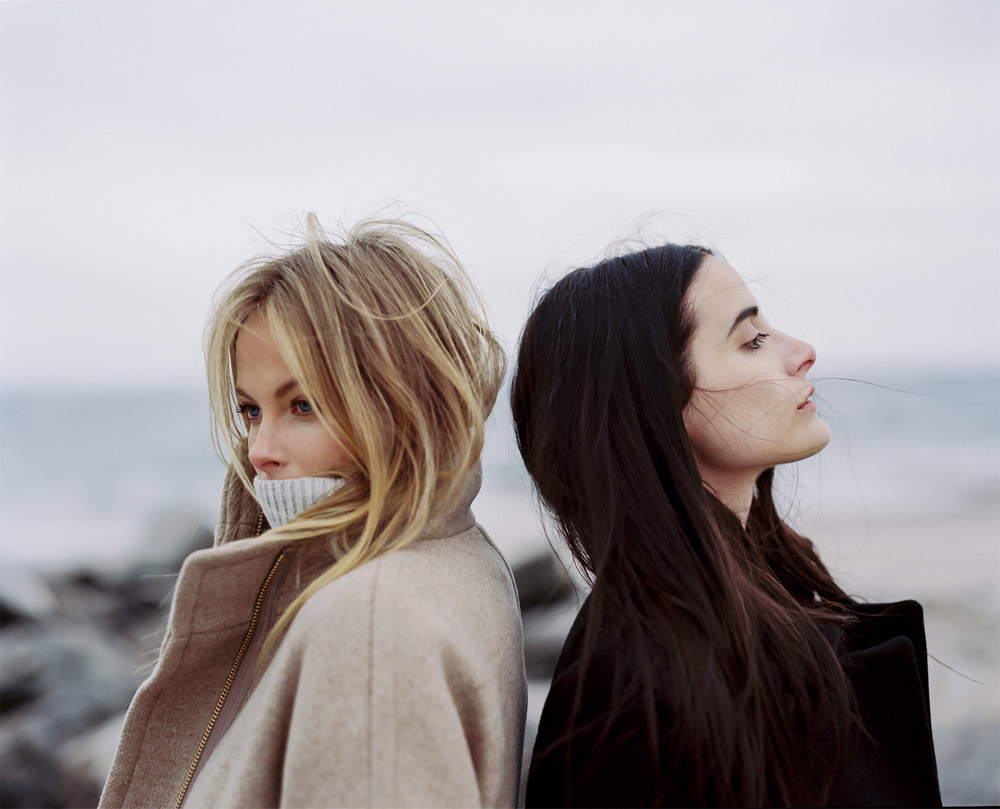 Moving to any new city, especially New York, is pretty damn daunting. What led you to make the move and what was your mindset when moving here?
I was actually working at a startup and had already wanted to move here. My relationship with the business had started to fall apart, which was a huge lesson and push.

I definitely learned that no matter how intelligent people in your business are, if the goal is just that you want to make a successful business and money versus create the right product, it will fail. So, I decided the day I left the business to sell all my shit and move here. Including my condo, which was a “surefire investment” that I lost my ass on.

I signed over the condo to the new buyers one morning and I was on a plane three hours later to NYC – one of the best days of my life. 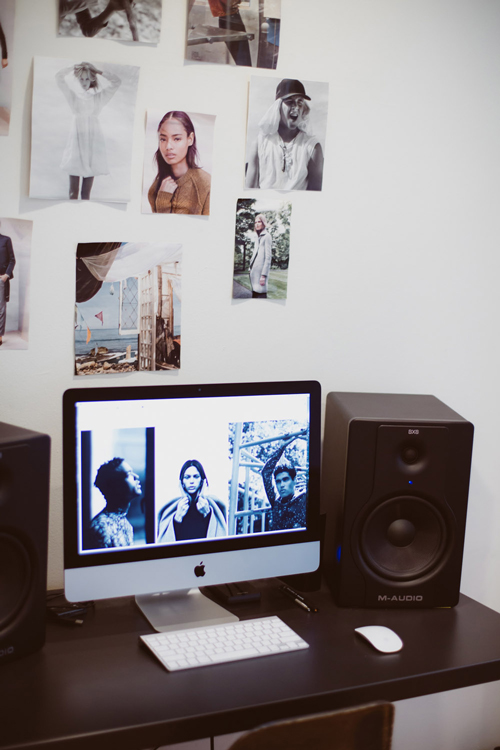 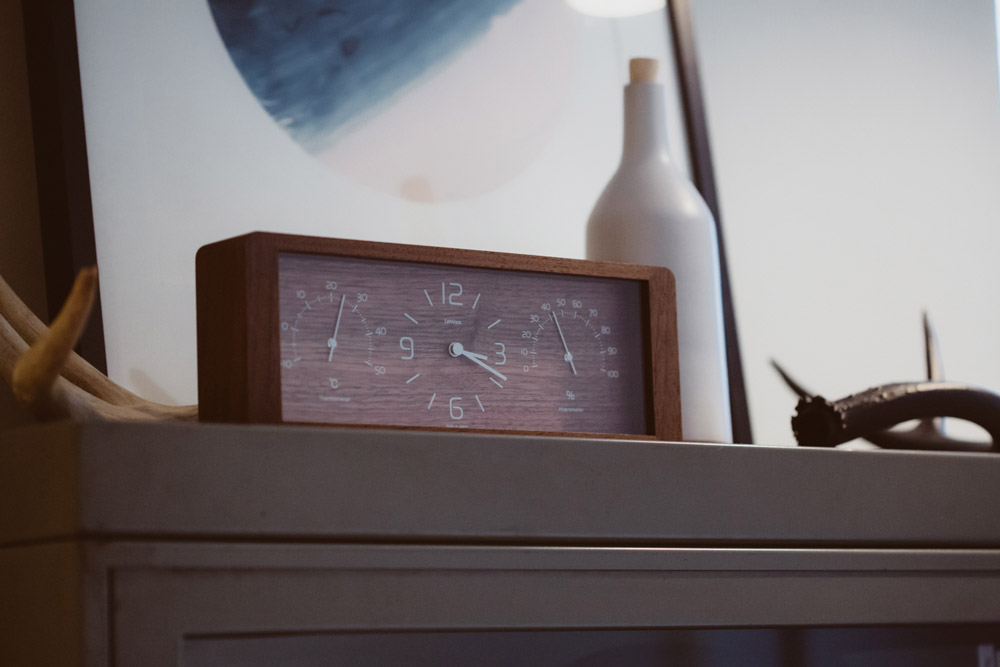 What do you think living in New York means to something who is creative and ambitious?
Opportunity and energy.

Please tell us a little about your journey into photography.
I guess I’ve just pretty much always had one. I signed up for a photography elective class in 7th grade and learned how to develop film, dark room techniques, and just fell in love.

What traits or characteristics do you think are instrumentally important for someone working in a creative field?
Drive is without a doubt number one. People will talk shit, not appreciate or understand your work, you will lose money on projects, and clients will make terrible choices. The list goes on and on so you have to want it for yourself, not for money or fame.

Besides being driven and self-motivated, I think having a unique perspective coupled with the ability to accept and learn from feedback is super valuable. Once you’ve learned the rules and know how to pay your rent, then you’ll know when to break them. 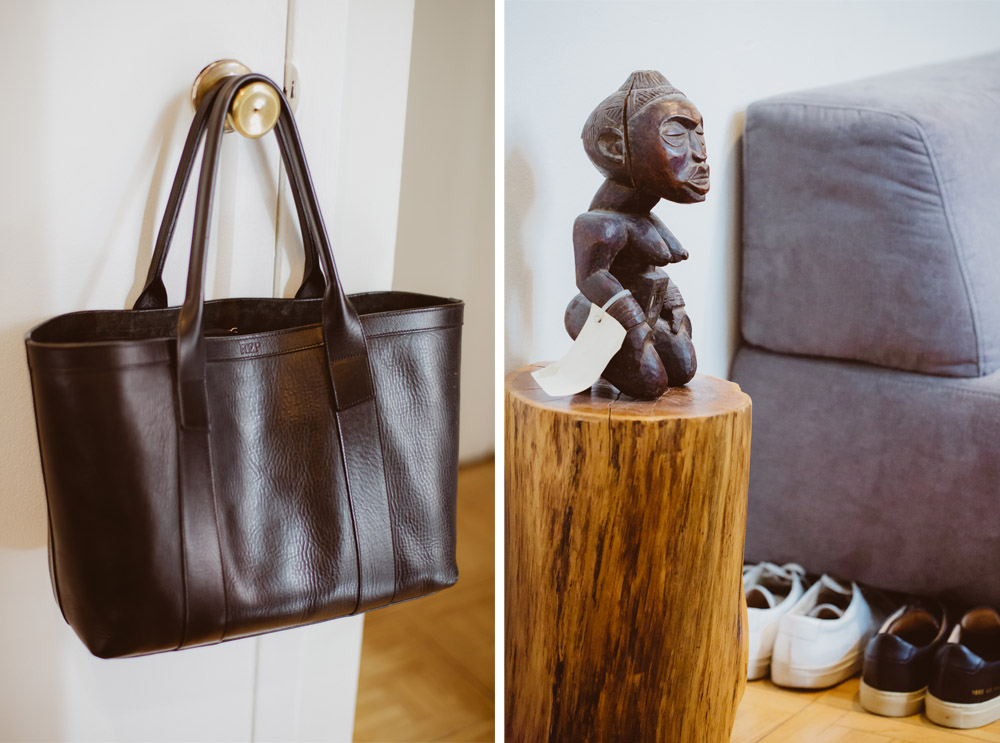 What are some of your favorite aspects of working with film?
For me, it’s composing and planning out a shot because of the effort and cost it takes to make an image. Specifically speaking, I love the contrast, the skin tones, and, of course, the range and depth of shadows.

[And yes] I know you can edit digital to look like it, but I’m not that great of an editor. I’d rather spend my time with a camera in my hands.

As well as shooting for bigger names, you are also involved with a number of smaller, independent brands. Would you consider working with up-and-coming talent something that you are passionate about?
Always. I love working with the little guys. Whether it’s new models or new businesses, their hunger is contagious. Plus, you never know who’s going to be the next big name. 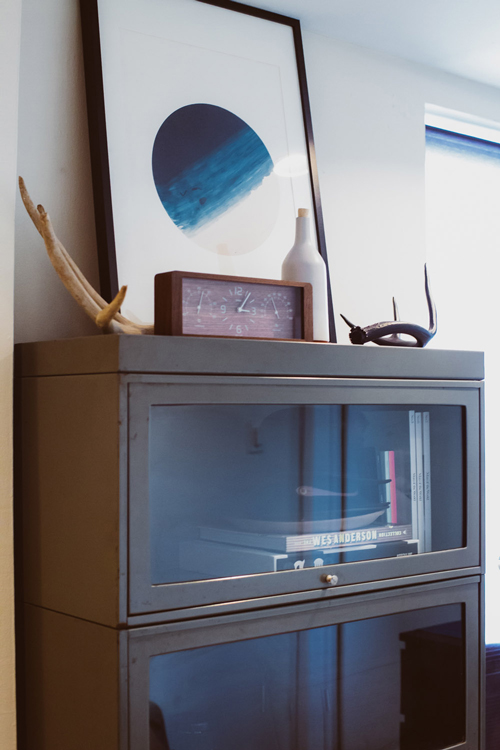 How do you typically approach a new project?
Listen. Then if there’s an opportunity to help, I think through what can be done and see where they want to be. After there is some sort of agreement or contract in place, then I’ll give my opinions or suggestions.

Between you_have_broken_the_internet and TravelWell you’ve been blogging for the greater part of a decade. Has it been difficult to maintain YHBTI over the years as your career and business has grown?
Yeah, basically Tumblr is my inspiration board and research platform and Instagram has now become my blog. I post way too much on there and some people don’t like it, but who cares. I work for myself and I enjoy taking photos. I use it as a sort of sounding board.

What are some key lessons that you’ve learned along the way?
Execution of a non-perfect project or idea is a thousand times more valuable than a flawless idea that never sees the light of day. Another thing I’ve learned is to not be afraid of failing. It truly is the only way you’ll learn.

Lastly, no matter how creative you are, you’re running a business – commercial work finances your art. All stuff you’ve probably heard before. 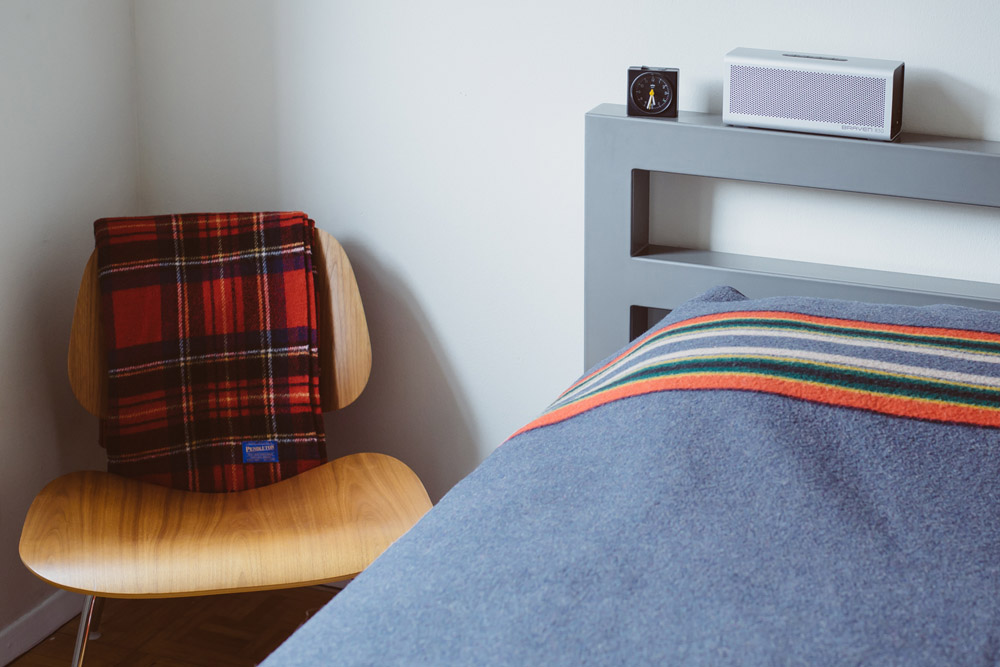 Are there changes you’d like to see the industry make to help push it forward?
I’d say the biggest change I’d like to see is brands, retailers, and clients focusing on style and image quality, rather than numbers and social following when booking photographers. Not to say that these platforms aren’t great for getting noticed or getting the work out there, but brands hiring basically off of presumed numbers doesn’t make sense.

Yes, you get numbers, but most times the client is just overpaying for eyeballs that just don’t care. Instead, focus on creating a better product with the creative team and working with a photographer who shares a vision and interest in your brand. Worry about marketing the product after. We live in a completely transparent digital world right now. If your work is good, then it will be found.

Lastly, describe your creative process in ten words or less.
Listen, understand, research, collaborate on a solution, execute, and observe. Boyce
Luke Beard's a truly restless designer, whose story begins with a series of "fuck it's" and plane tickets from the UK to California – resulting in his current career at Elepath and his creation of ... HOW A FARMLAND KID BECAME A CAR & SHOE DESIGNER

Luis
I always thought of myself as a pretty knowledgeable dude when it came to shoes, but Brett Golliff’s affinity for footwear and problem solving reaches heights I don’t think I’ve ever really thought...
HIDE COMMENTS