Locals Only :: Noon Goons Is a Celebration of SoCal Counterculture

It’s pretty much impossible to fully explain what “SoCal culture” is to outsiders. End of story.

Streetwear pioneer Rick Klotz told Hypebeast in a recent interview after they most likely asked him to describe Southern California culture: “I’m not here to explain SoCal culture, I’m here to design a project.” The project? Noon Goons, created by Kurt Narmore, with Rick Klotz (Freshjive) leading design. The two met while working at Klotz’s former CFDA-nominated surf-inspired brand Warriors of Radness, which was later acquired by American Apparel. According to Vogue, Narmore—himself rooted in surf culture—started Noon Goons after leaving Warriors, and with Klotz on board, they also have Sam Jarou as creative director (former creative consultant at Comme des Garçons and Richardson). All their garments are made in Los Angeles. 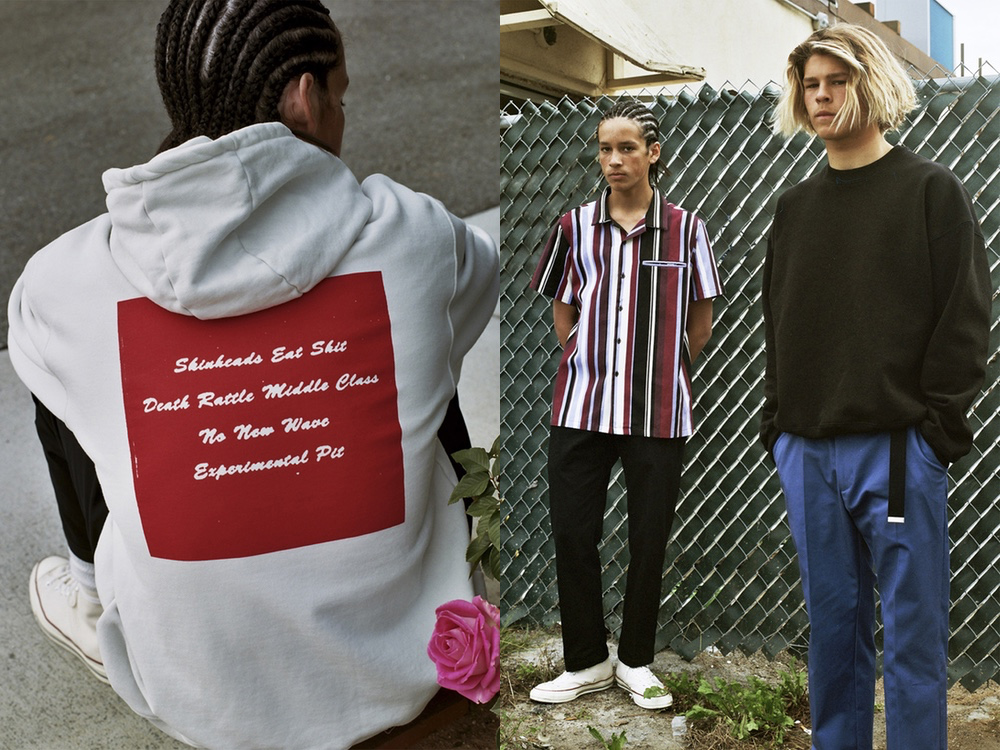 For us, here, growing up entrenched in the strange suburbs of Southern California’s South Bay and Orange County, Noon Goons feels like home.

For you transplants who don’t know what Costa Mesa is, we’re talking about the SoCal scumbags and slackers littering the coastline and fringes of inland. The pool skaters and the 24/7 surfers from beach bumfuck towns. The youth scene in these same cities and ports decades past birthed bands like Black Flag and Circle Jerks (Hermosa Beach), T.S.O.L. (Long Beach), to acts like Minutemen (San Pedro with its Bukowski-reading punks), and others that could’ve only come from Orange County like Social Distortion (Fullerton) and Agent Orange (first band to fuse punk rock and surf music). Especially in Orange County, the counterculture of its cities has a storied history of pushing back against greater Los Angeles and its ideals. When punk went Hollywood and major label, OC punk went hardcore, preserving its anarchist and DIY mentality.

There is a very regional, irreverent, and politically fueled undertow that remains from all this history. And it lends to Noon Goons’ lookbooks and videos feeling distinctly SoCal, with skate rats and local kids from Newport Beach and Costa Mesa used as models. Narmore describes it as the “skate, surf, party, repeat” lifestyle. It’s not so much that it’s rebellious, but that it’s DGAF (by the way, a term that could’ve only been invented in the South Bay). That being said, while (usually/unusually ignorant) nostalgia for the post-punk and grunge eras seems to remain the recurrent theme in American Streetwear (I’M YAWNING), Narmore and Klotz take a different approach. Likely because they actually are from the culture, Noon Goons doesn’t feel like it’s about about emulating or reiterating, but rather a new project from an authentic and raw point of view. “It’s not about being nostalgic, it’s about living now,” says Klotz. 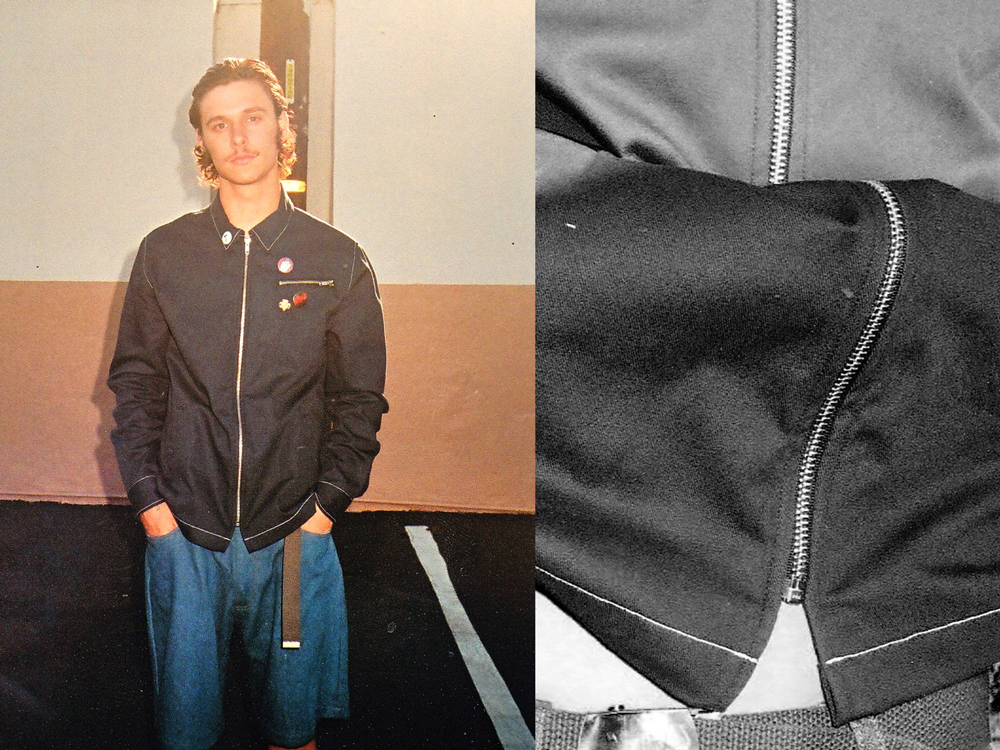 As Narmore told Vogue, “People do a lot of stuff for attention; we call them posers. I think if you came and hung out with me and my crew on any given weekend you’d see we are skaters, we are surfers, we are a rowdy bunch of scallywags—Noon Goons is an expression of who we are.” As a brand also born in the edges of Los Angeles County, The Hundreds feels this hardcore.

Check out Hypebeast’s video feature/interview with Klotz and Narmore below and peep Noon Goons’ entire collection over at noongoons.com.

One of the brand’s promo videos: Bobby Hundreds
Jeremy from House/House33 is my hero of the week. Last week it was Britney Spears’s mom, and the week before, it was probably the guy who green-lighted VH1’s “I Love New York,” but yes, this week, ...
HIDE COMMENTS