UNDER THE BRIDGE :: "OLDSCHOOL MEETING" GRAFF FESTIVAL IN ATHENS

It’s been a while since I attended a good graffiti festival in Greece. I didn’t even attend the last two international Meeting Of Styles festivals in Athens, so it was about time.

Maybe I’m all wrong – I really don’t want to get into a debate. I really do think street art is the thing of today in Greece, despite graffiti’s ever-present bigger following – it’s more accessible, but I haven’t really seen young talent in a while. Maybe I feel the way I do about graff because it’s not “dangerous” anymore – this, along with the decline of hip-hop has fewer young people getting into it the way they did in the ’90s and ’00s in Greece. Young people in Greece also simply don’t have the money to buy many cans, and at the end of the day, graffiti will always stay at the hands of the few dedicated ones.

The event I attended was the second edition of OldSchool Meeting graffiti festival happening in Neo Faliro at the outside walls of ‘Kato Apo Ti Gefira’ theater (“Under The Bridge”), just a couple minutes’ walk from the Piraeus port. We never expected to see some local writers coming from the ’80s and ’90s, with many of them being very active in our days: PALADIN, SAKE, ARTEMIOS, WOOZY, MEZ, TARE, SPARK, BRAZE, BOR, SMART, JAR, WER, DASK, WORE, TAZE, ZEST, 114, WFC, FSB, INC, FTA, UDK, and more.

Charitonas Tsamantakis organized the festival and he is also putting the final touches to a new big book about the Greek graffiti culture and history. I interviewed him below. 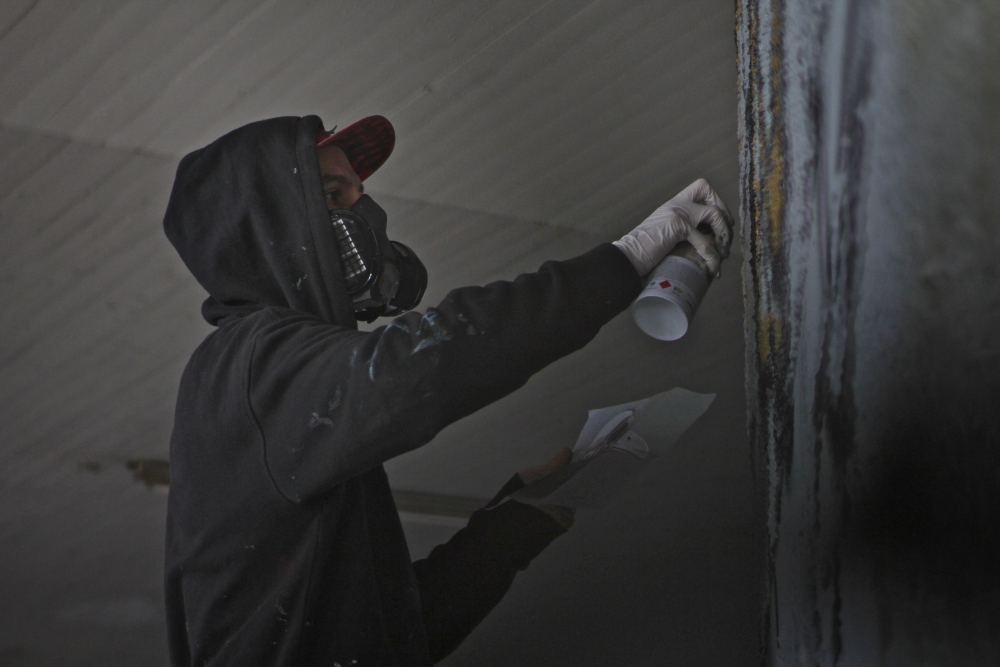 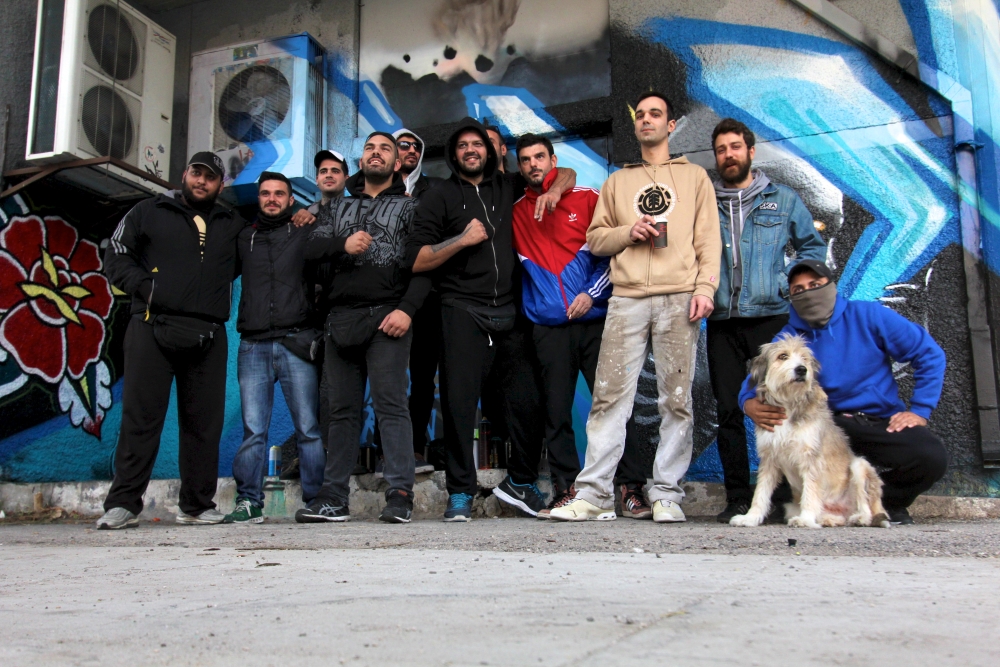 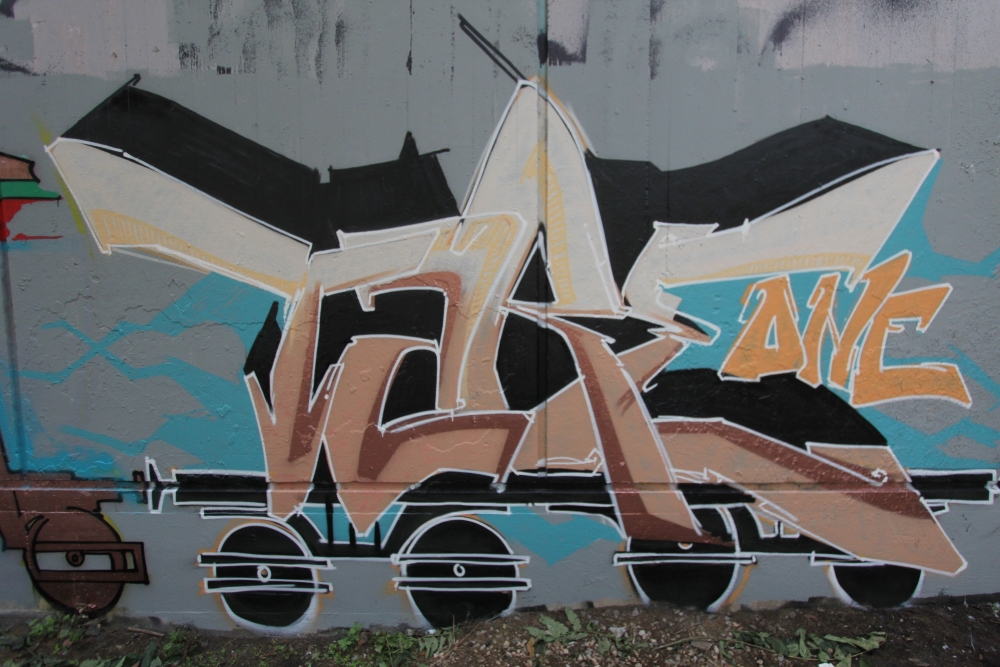 MANOS: What is the OldSchool Meeting and what is the purpose of it?
CHARITONAS: The OldSchool Meeting is a graffiti festival and the big effort of us releasing a book for the history of the Greek graffiti scene, covering everything from the ’80s to our days. The end of the festival is to bring people together, people who were making their first efforts in graffiti back in the early ’80s, people who haven’t met for over 20 years and put the foundation of graffiti art in Greece. 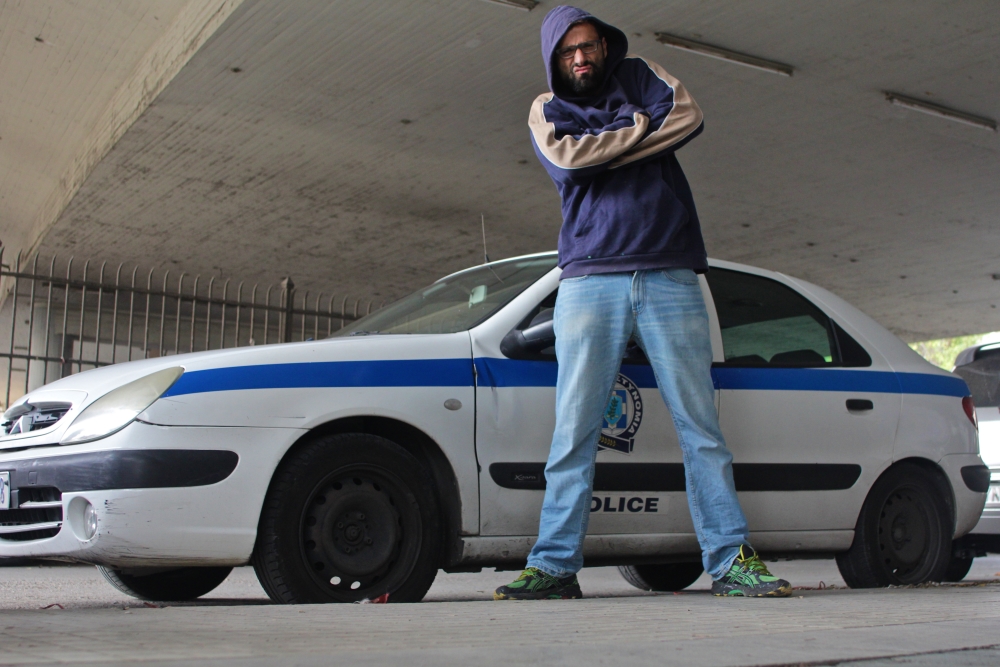 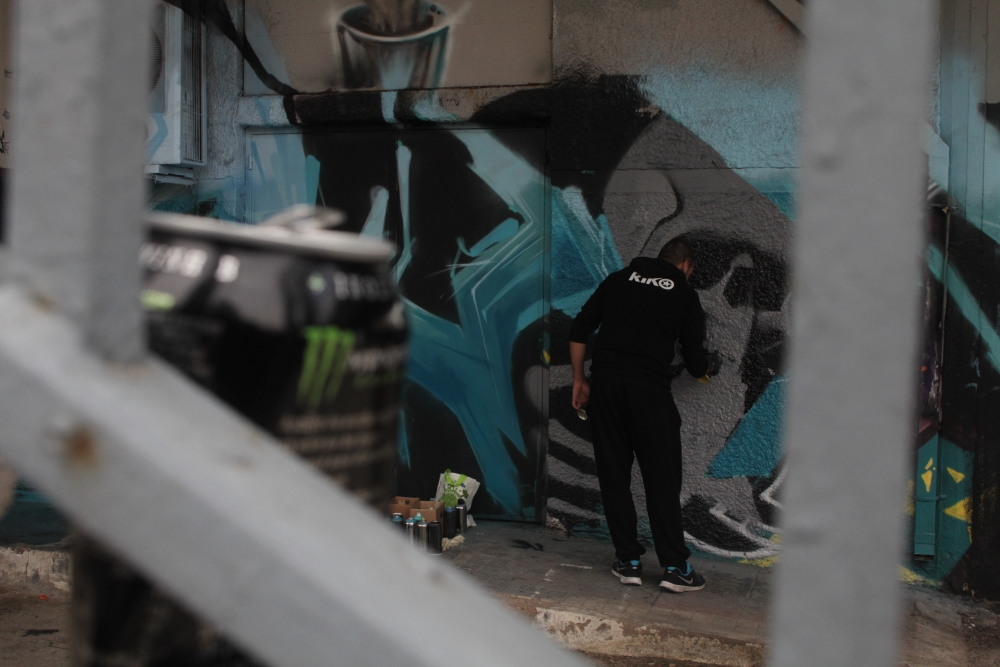 “[WE’D GET] CANS FROM LOCAL HARDWARE STORES AND USE THE CAPS OFF COLOGNE BOTTLES.” 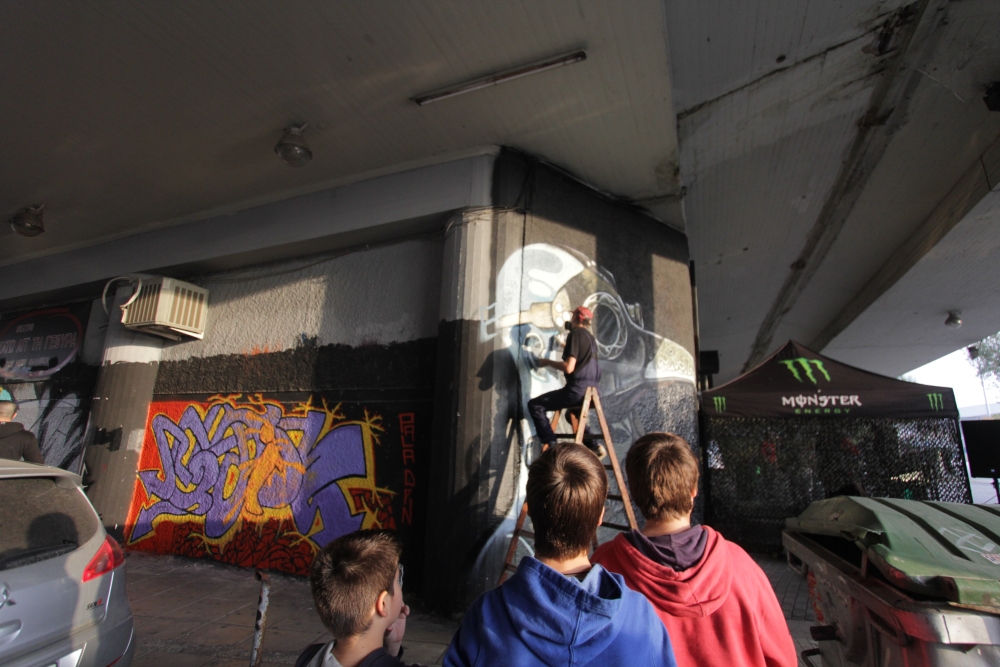 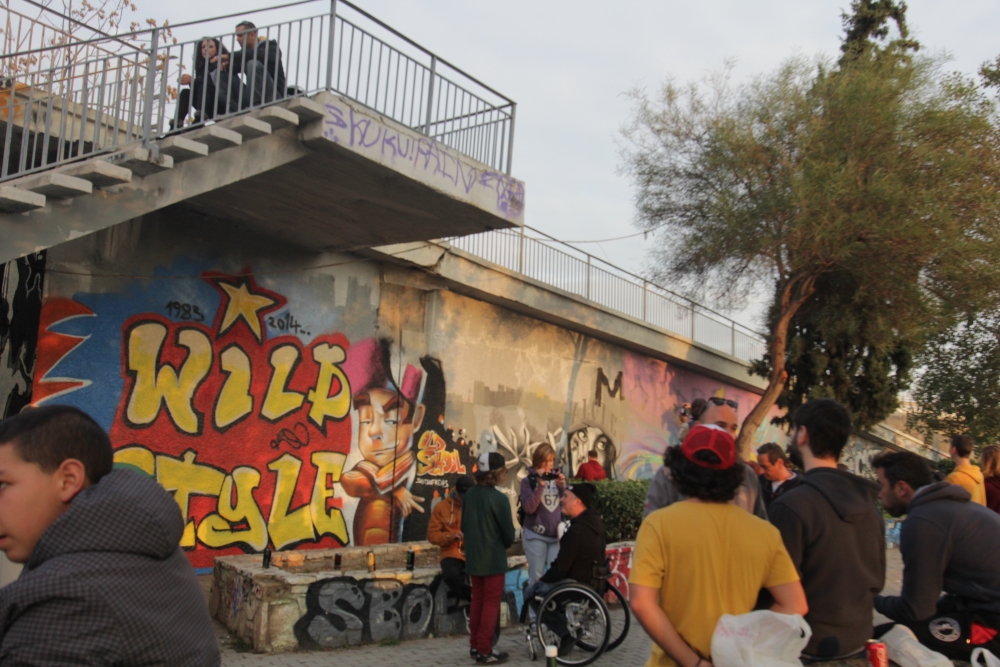 How did the 2ndOldSchool Meeting go and what do you have to remember of it the most?
This year’s OldSchool Meeting made me realize there are a lot people – beyond the graffiti writers – who are very interested to know of the graffiti history. From young kids to old folks who attended the event as spectators, they were asking us about all things graffiti, taking photos, getting all excited. This festival was the precursor for an upcoming book release as I mentioned earlier and hopefully we will be organizing the festival every year.

The attendance was large, lots of smiling faces, the thrill and emotions of the old school graffiti writers meeting again after so many years. Like a time travel to when they were kids, back in the day. The living history of Greek graffiti scene in action again!

All these elements and strong emotions made me start organizing by now the next year’s event. 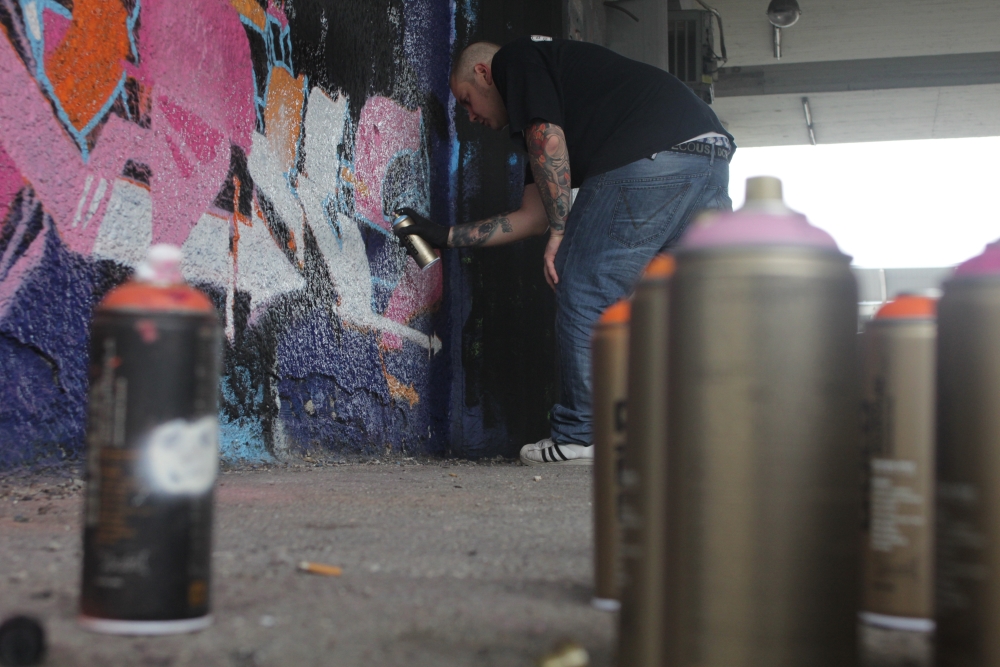 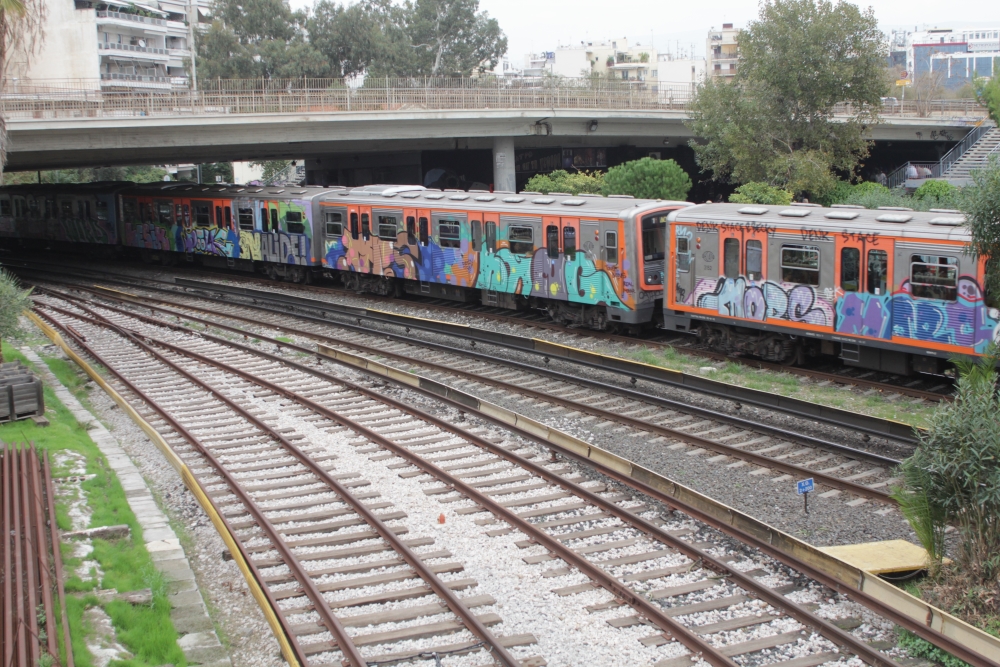 We saw some legendary local names – like Paladin and more – attending the festival. How did an ‘American product’ like graffiti make its way to Greece in a time with no Internet, social media, and so on?
Getting to meet the people who were involved in the graffiti art [scene] in Greece back in the early ’80s – it’s not common and you have so many questions to ask them. As these protagonists and pioneers mention, even the word ‘graffiti’ didn’t exist among them back in the day. Graffiti – along with breakdancing – first came to Greece as images through hip-hop album covers. No spray cans, no caps, no magazines and books for graffiti, no nothing. You could not find anything in Greece – there were just a couple of crews or circles of people [and we’d get] cans from local hardware stores and use the caps off cologne bottles! 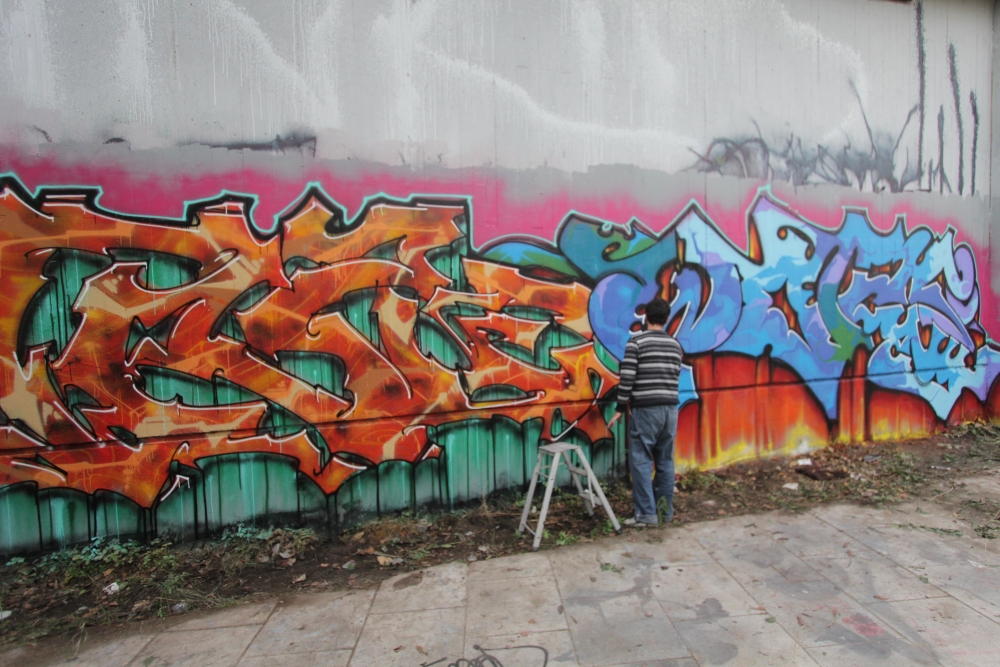 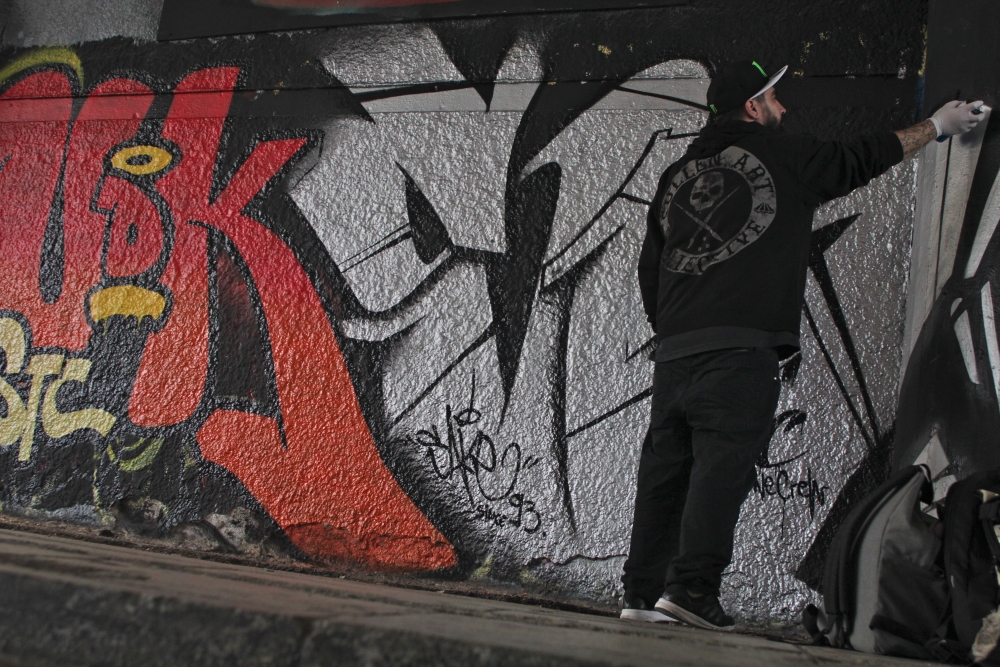 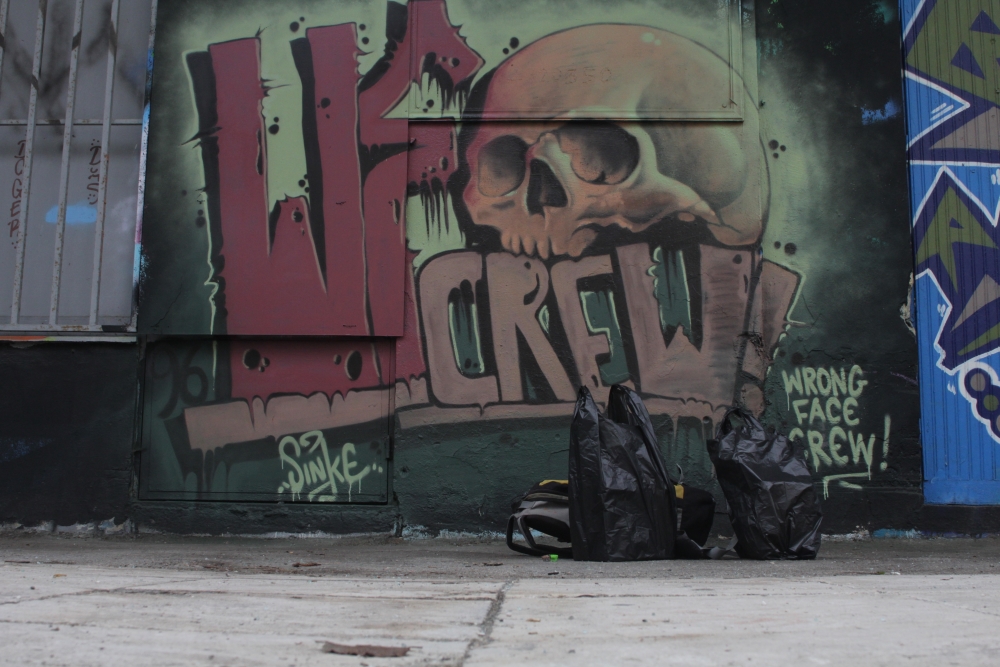 What does the future hold for the Greek graffiti scene and the OldSchool Meeting festival? Also, has graffiti become an ‘expensive sport’ for the young generation?
Graffiti art in Greece is in a high level of quality, blending various styles and having many faces to show. From legal to illegal, from trains and rutty paths to the galleries. The OldSchool Meeting festival will be hopefully held every year from now on, reminding to all of us the living history of this ever evolving culture, always free and diverse, magical, and surprising at times.

Our next edition will still be around the old school pioneers of the scene, but this time with an eye to the early and mid 90’s scene and the early ’00s too. Like the first and second generations coming together.

As for the other question, graffiti always was an “expensive sport.” You have to buy your cans, caps, masks, various other accessories. In Greece of 2014 the products haven’t gotten more expensive, it’s the kids who have less money to spend. Just think of it, if you want 4-5 cans for a small to medium size piece, that’s easily 15-20 Euros total cost. A spay can costs something in between 3 to 4 euros. 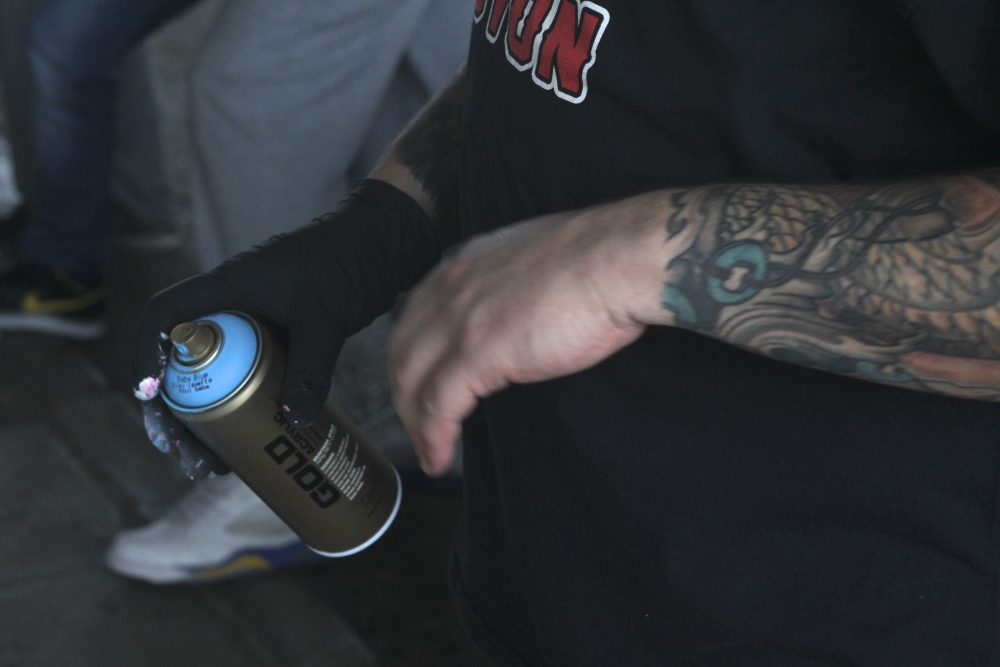 Luis
According to Stash, a visit to L.A. longer than a couple of days is rare for him, but when he’s here, he seems to enjoy it. In town for not one, but two showcases, the East Coast artist made some t... Senay Kenfe
I have few reasons to be on Skid Row these days. I’m not going to underground raves thrown in the warehouse district anymore, nor am I buying crates of records for five bucks from very entrepreneur...
HIDE COMMENTS