Inspired by his surroundings and equipped with a vivid imagination, Yis Goodwin – also known as NoseGo – creates spectacular and expressive designs that incorporate bright colors and characters full of life and energy. I had the pleasure to watch his process unfold, turning a blank wall into a surreal and visually fascinating scene.

I took some time with the Philadelphia-based artist to speak about his art and career. 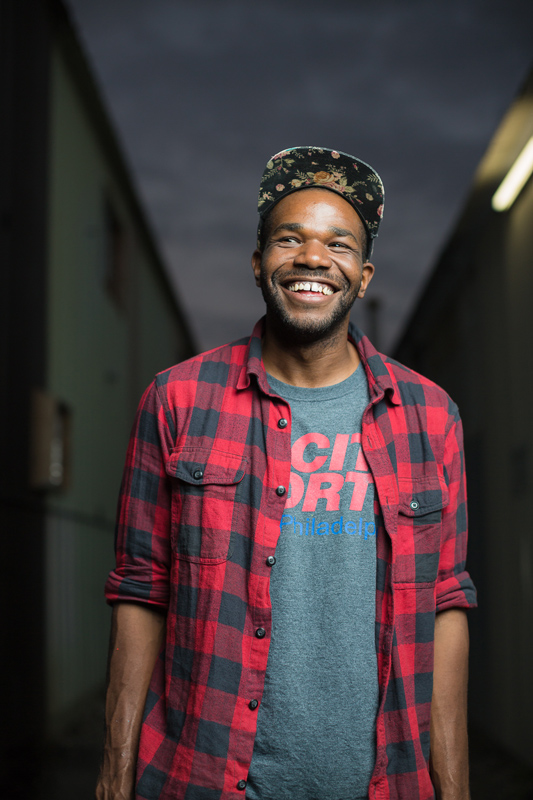 JOHN PANGILINAN: First off, it was great meeting you in Hawaii. How was your first experience with Pow Wow Hawaii? What did you like about it and what separated it from other art events you’ve participated in?
NOSEGO: Thank you. It was nice to meet you as well. My first Pow Wow experience was truly incredible. It was the perfect atmosphere and I met great people! 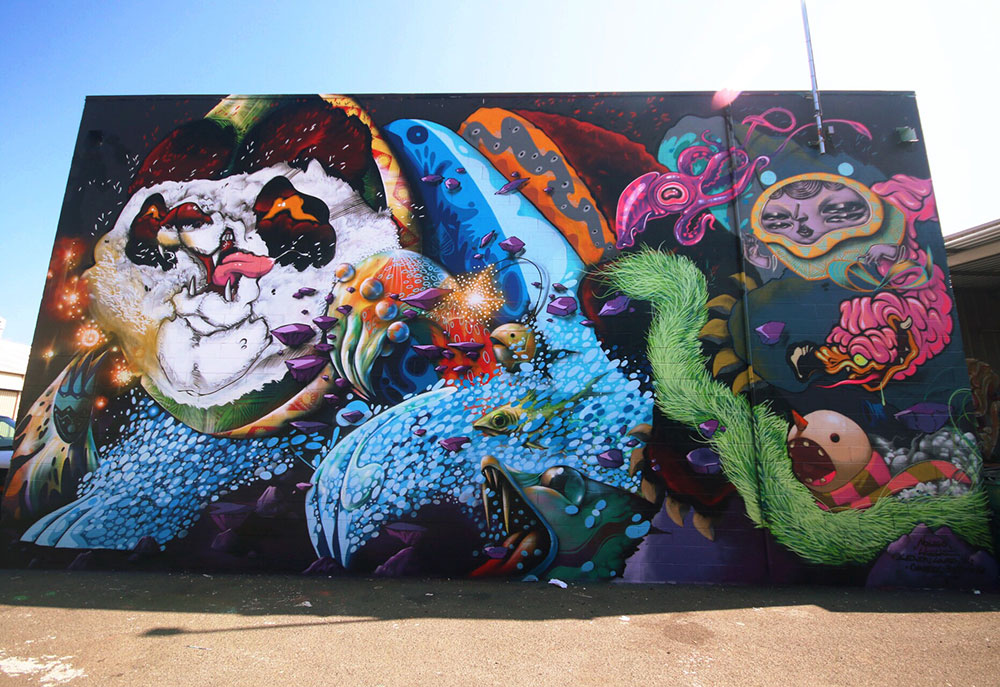 How was the collaboration process with Woes? How did a few other artists get involved with your wall?
It was awesome painting with Woes, especially since I’ve admired his work for years. Other friends got on the wall just by being around and hanging out.

Your wall was one of the key walls being featured on Lana Lane Studios, which may have been both a gift and a curse as it seems it could be very distracting in that location. It definitely took a lot of time from what I saw. Is it by nature that your work takes longer?
That’s what makes mural painting enjoyable for me – the different environments bring new challenges. It keeps painting murals fun and interesting. 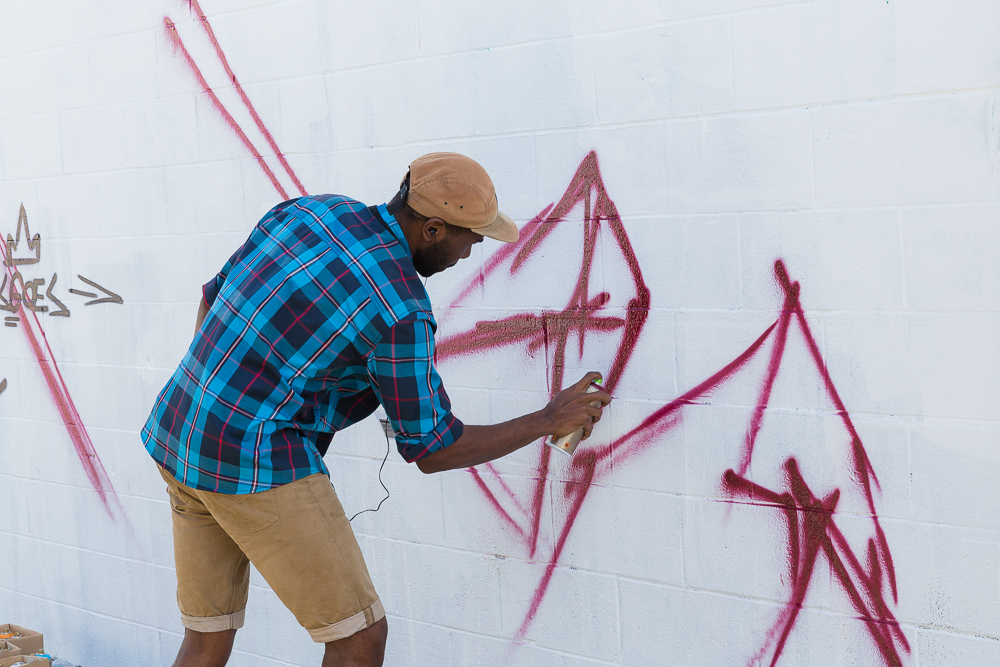 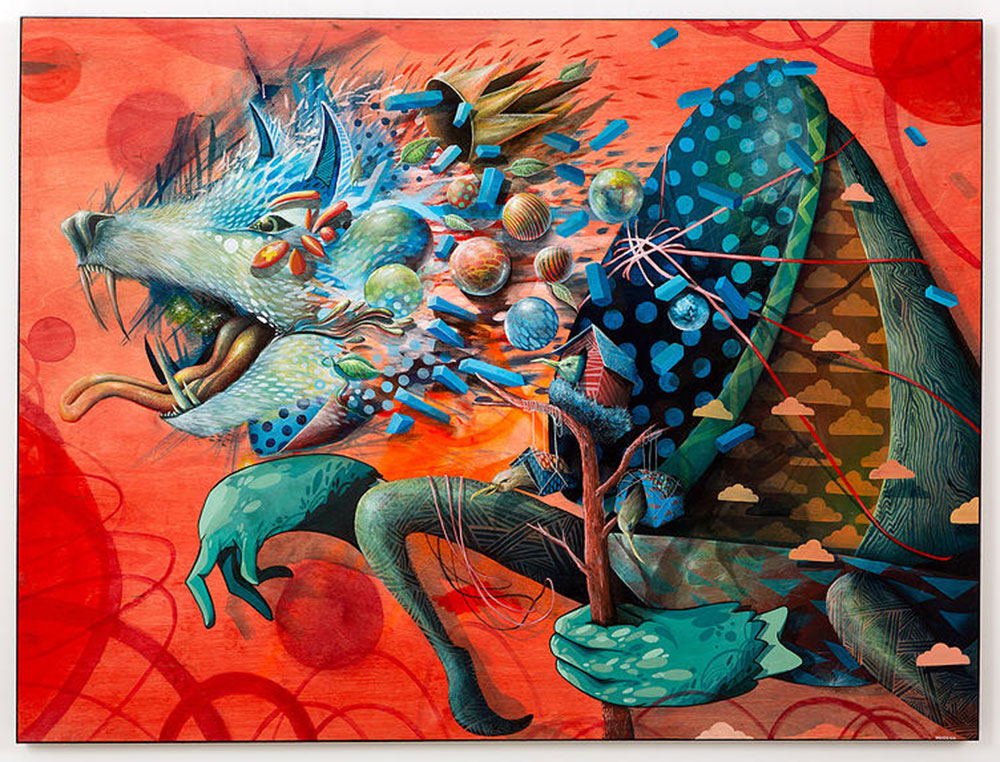 What initially drew you to graffiti when you were younger?
I had a friend that got me into it back in high school. We used to sketch in black books during lunch and the interest grew naturally from there.

You grew up skateboarding. How did this play a role in your art career and do you still find time to skate?
I would say it played a big role creatively and it’s definitely been a source of inspiration. I don’t skate too much anymore. I mostly cruise around from time to time. 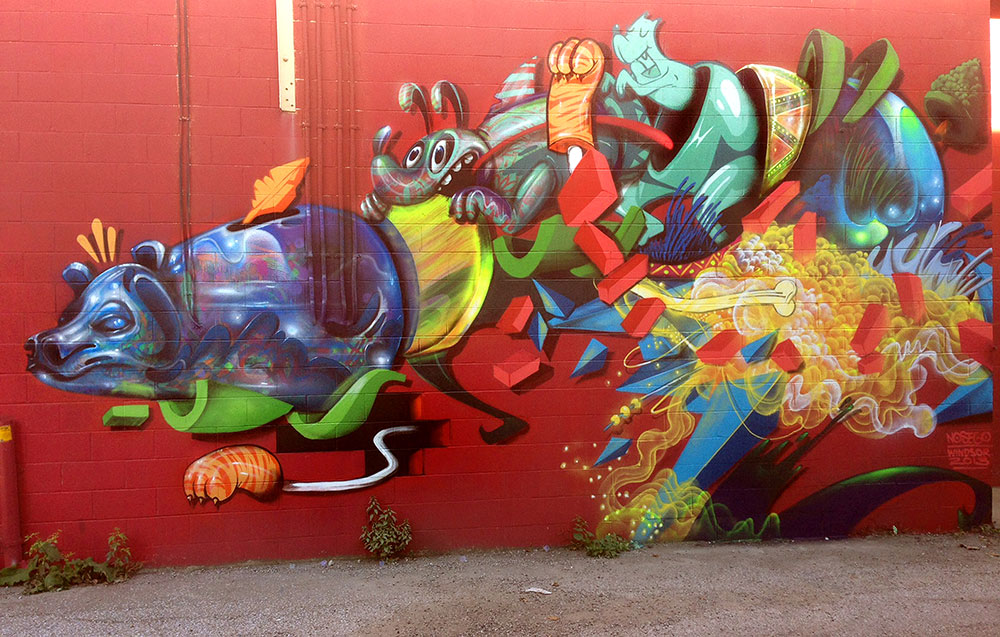 I heard that some of your inspiration is derived from childhood and playing with various toys intermixed with each other. Which toys were you into?
I was a Ninja Turtle guy. I liked GI Joe too, but would break them really quickly and end up turning them into some kind of android figure.

What inspires your choices in color?
I usually choose the colors depending on the mood or feeling I’m trying to create and which colors may relate well to one another.

You experiment with a few different mediums. Which one gives you the most satisfaction?
I enjoy them all fairly equally. I find it fun and refreshing to be able to mix it up from time to time. 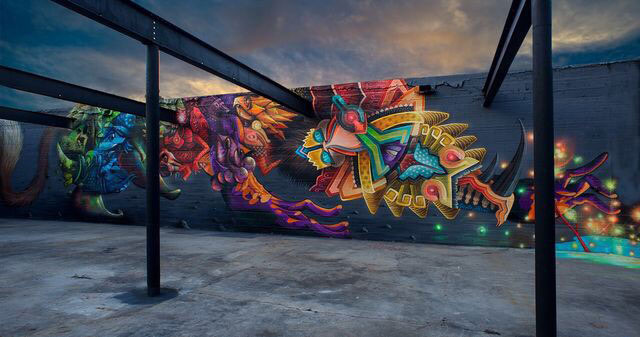 What do you look for within your own work?
Just a feeling.

Even though you love your hometown of Philadelphia, are there any other cities you’re interested in infiltrating? As far as their art culture goes?
I don’t know about “infiltrating,” but I’m definitely always open to explore new places and meet new people. Travel brings so much inspiration to me.

What is your connection to the animals in your work?
I tend to paint animals for several reasons, but the ultimate motive is that I believe animals are easily and universally translatable.

Is there one particular message you’re trying to get across but maybe feel like you haven’t?
Not really, I try not to harp on that.

There are messages, but just like anything, they’re open to interpretation. I’d rather let the viewers think what they will. We can all look at the same thing and potentially envision something different. That’s one reason why I enjoy collaboration. 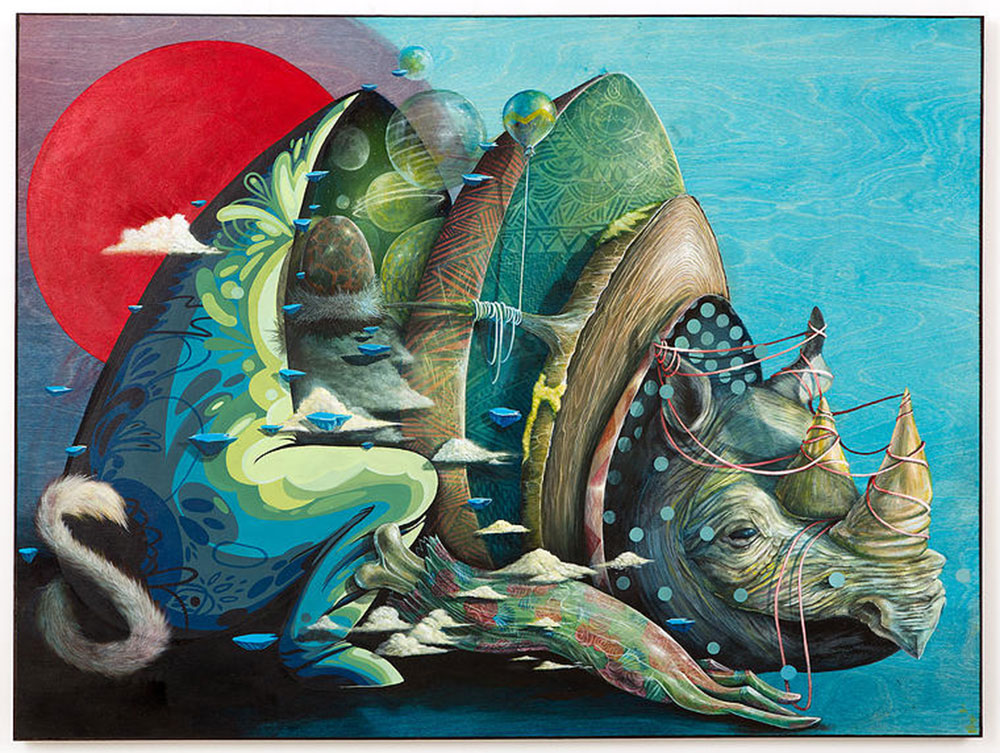 How do you know when you’re satisfied with your work’s message?
That’s sometimes difficult, but I usually work on a piece until it reaches a point that that I feel comfortable with. Essentially, I just stop when I’m happy with it.

Any future plans?
Yes, currently, I’m working on a body of work entitled “Along Infinite River” showing at Thinkspace Gallery. The show is set to open on July 18th of this year. John Pangilinan
Hawaii is more than just pineapples and palm trees. Outside the tourist trap of Waikiki, there is a culture deeply rooted with history and heavily influenced from the the melting pot of ethnicities... Kazie Holiday
Wrapping up Hanksy's 6-episode street art travel series, we give a recap of each stop along the way, like the mural-mecca Montreal and the burgeoning street art world of Chicago. Zio
Zio talks to Mexico City-based street artist Curiot on mythology, environmentalism, and his interpretations of balance between man and nature. The Hundreds Staff
In the latest edition of "In the Studio," we head over to the absurdly talented Greg "Craola" Simkins to see where he draws his inspiration from and learn more about his fully realized universe, Th...
HIDE COMMENTS