Neave Bozorgi is a student of light. He studies it with deliberation and careful intent—the way it moves, interacts with space—the way it can caress a subject or grace a moment in time. That’s where his images always start, with light; “Everything else,” he says, simply “falls into place.”

Based in Los Angeles, Bozorgi is a critically acclaimed photographer who’s been profiled by Newsweek, and praised by the likes of Juxtapoz, Hypebeast, and Live FAST Magazine. His latest project, Shadows, is a line of graphic T-shirts that he calls a “visual story,” told through a series of images that explore how his subjects play with light, and simultaneously, its absence.

In the interview below, we catch up with Neave Bozorgi to talk about Shadows, his expressive approach to photography, and how a photo shoot can be the beginning of a conversation of moments. 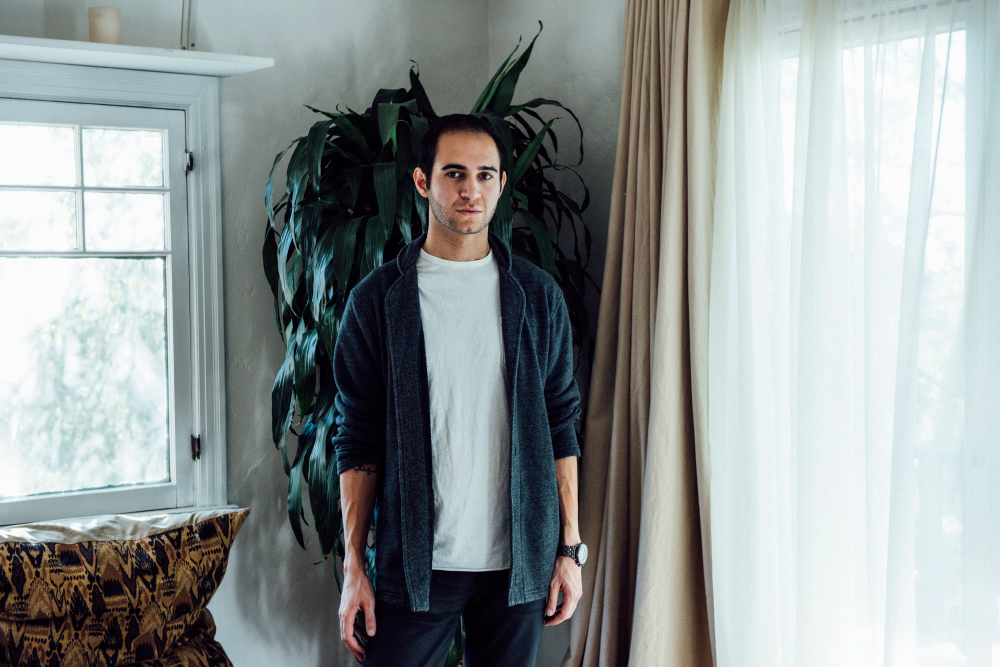 You started shooting while studying graphic design in college. How does your experience with design inform your style of photography?
During school, one of my instructors told the class, “You’re a designer when you unconsciously start to dissect the observational world around you. You will become aware of textures, patterns, shapes, tones, lines, movement, without even consciously thinking about it.” Either that day I was paying attention in class or it really did stick with me. Though what I started doing halfway through my career as a photographer was to always study light and its interaction with all the elements I was already aware of as a “designer.”

What are some key details you look for when constructing a portrait? In terms of light, frame, color, etc.
It always starts with light. I don’t use light reflectors or artificial light, so I have to base all my shots based on what is available to me at the time of the shoot. Everything else falls into place once I find a spot that has good light. And good light doesn’t mean abundant light. I look for interesting interactions between light and its hosts, and from there I decide where I want my subject, with what colors and what moods. I don’t stick to a shot list. I walk around, observe light, and go from there. 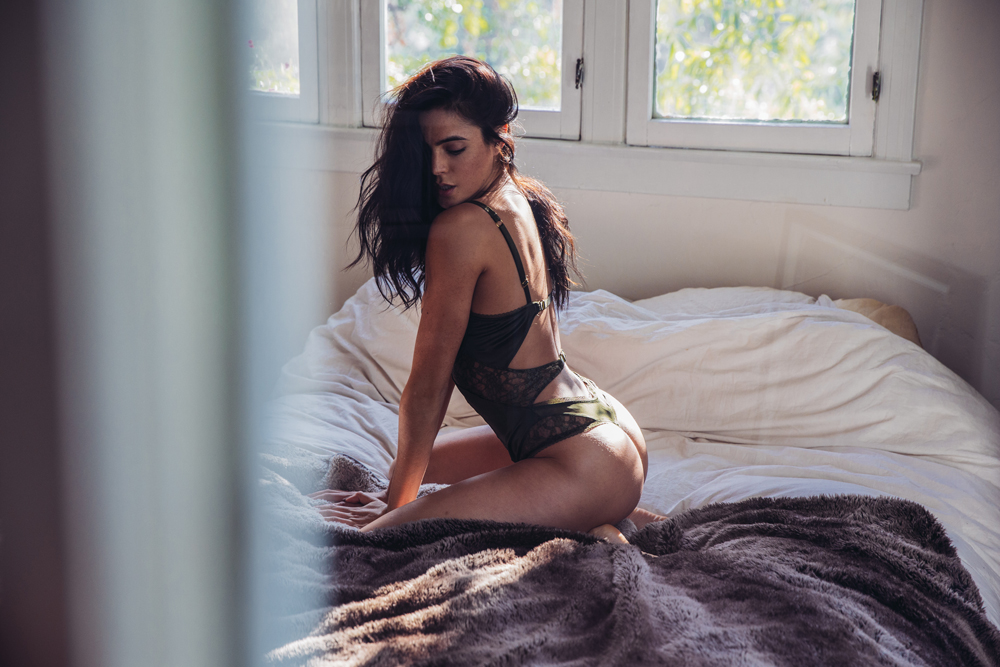 I was looking through the portfolio photos on your site and feel like some of your subjects exist in this liminal space between solitude and engagement. Can you tell me more about your experience as a photographer capturing subjects emoting in such an intimate way? How do you draw it out? Are there times when it just doesn’t work? And when it doesn’t, what do you do to make it work?
I have always been very private with my emotions and thoughts, though as I photographed more subjects I realized that in order for the person in front of the camera to show a bit of their real self, the person behind the camera also has to do the same.

There are certain times where I work with a model and as I am shooting, I notice that she is giving me a range of poses. Neave circa 2013 would have been thrilled by this! Less directing by me?! They just give me poses and I capture it the way I already do?! That is fantastic! Though now, when I come across that, I stop the shoot. I asked the model the relax, and I engage them in conversation while still keeping them in frame. As the conversation progresses I find moments in between and I take my shots. I’m happy to say that some of my best photos have been a result of this. 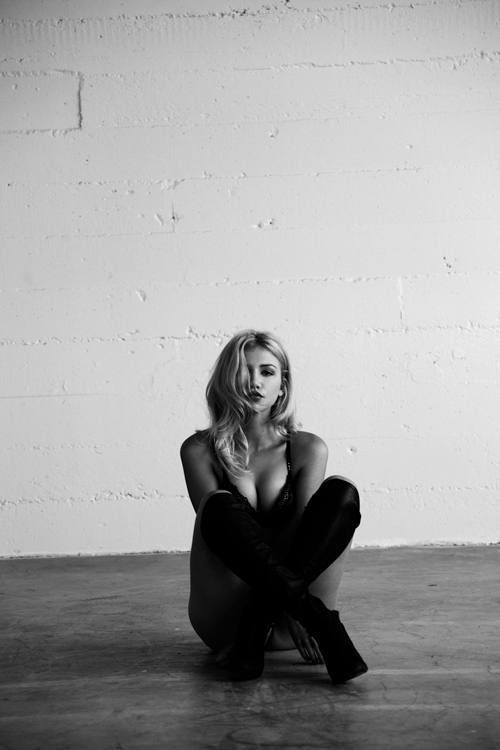 Your new collection Shadows is described as a “visual story.” Can you tell us a bit more about this story and maybe what kind of stories you try to tell through the images you create?
For the first season I decided to start things off with some work from the archives, though moving forward the seasons will be essentually capturing light interacting with the things that I love. My love for photographing the female form, and the way she interacts with her surroundings, free and comfortable, will never die. Through Shadows, I want to tell the story of light, shadows, and everything that exists under it. The way I see it. 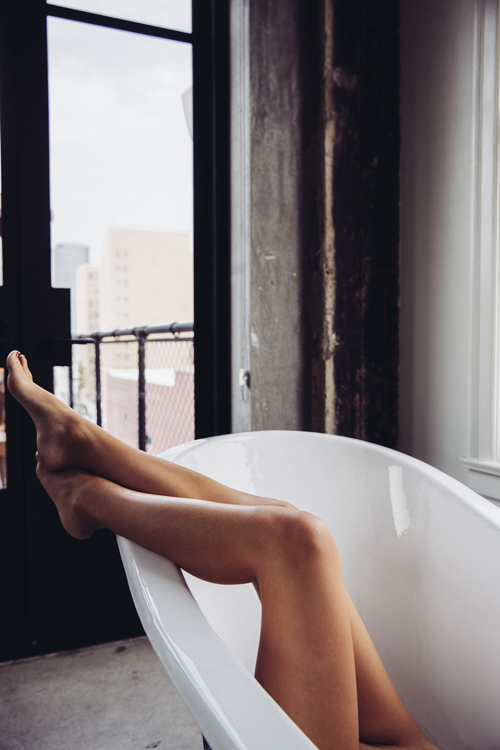 Can you tell me more about your particular interest in nostalgia/expressing a sense of longing visually?
I have always been a huge fan of photography prior to the ’90s. I say prior to the ’90s because literally most of the photos I admire are taken before that. Even photos from WWI and WWII have inspired me in some sort of way, so what I try to achieve is a balance of the modern time that I am a part of, and mix it with what visually has inspired me so far. 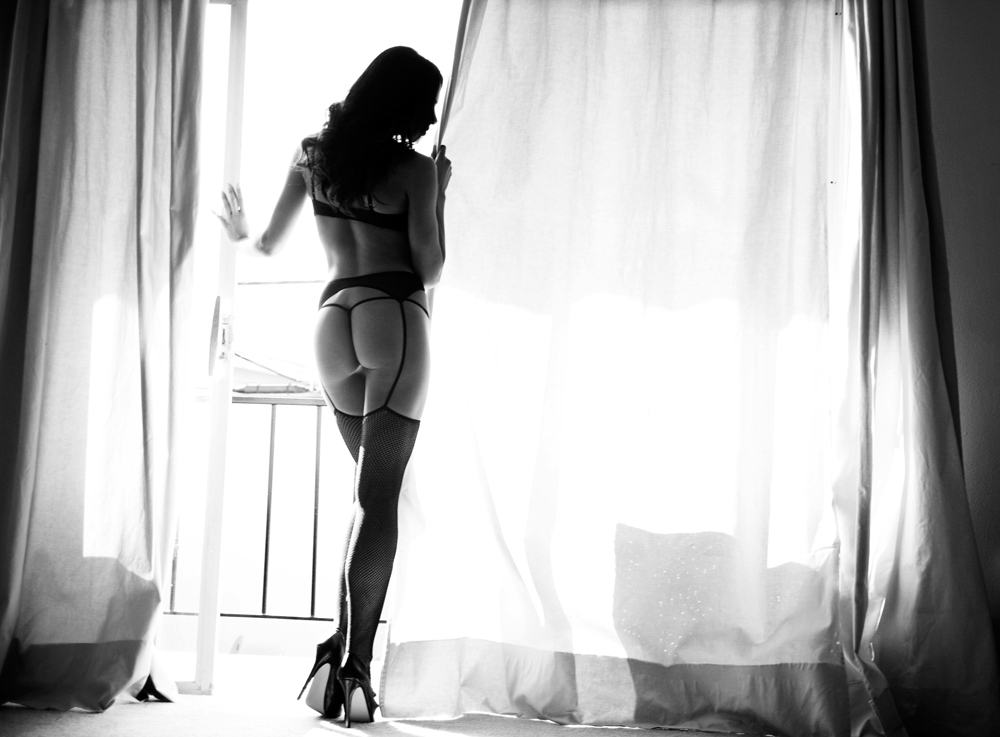 Is there a particular photograph that you feel encapsulates a philosophy towards photography that you relate to?
There isn’t a specific photo that stands out to me at that level, but the work of Helmut Newton has always been an inspiration to me. The way he made his subjects larger than life is something I always strive to do as well. Neave Bozorgi
For this Friday's Rendezvous, Neave hooks up with one of our favorite brunettes – Paloma, for an intimate at-home set that shows Neave's expertise with natural light, and Paloma's natural beauty. Brock Brake
"I am just framing out parts of the world that I believe subtly carry weight... retracing what we are told through the media and ideals and looking at the reality of what lies beneath that fog."