Photos courtesy of: The Popular Workshop

Are you ready for something a little different? Meet the guys behind San Francisco’s The Popular Workship – a creative haven for art lovers and design pros alike. Boasting extensive backgrounds in graphic design and art curation, Andy Hawgood and Nate Hooper decided to branch out and create an all-encompassing agency of their own. Located in downtown San Francisco, The Popular Workshop moonlights as a rad gallery that shows up-and-coming, unknown, and just plain amazing artists; all the while the dudes are working behind the scenes on creative projects across the board. Read on to see what brought them to where they are and what the future holds.

How did you come up with the name? What does it mean?
A: The Popular Workshop is a direct translation of “L’atelier Populaire”, a radical student/situationist movement that transpired in Paris, May 1968. It was a complex movement involving social and political unrest, theory and renegade print making and graffiti. While we are not necessarily communist radicals, the energy and commitment to empowerment and change through creativity has been a very inspiring to us. Additionally, the idea to of a “Workshop” really worked for us as well, it just sounded and fit right with what we are trying to do; we are in constant flux here and wanted to base what we do on experimentation through our work.

While we are not necessarily communist radicals, the energy and commitment to empowerment and change through creativity has been a very inspiring to us. 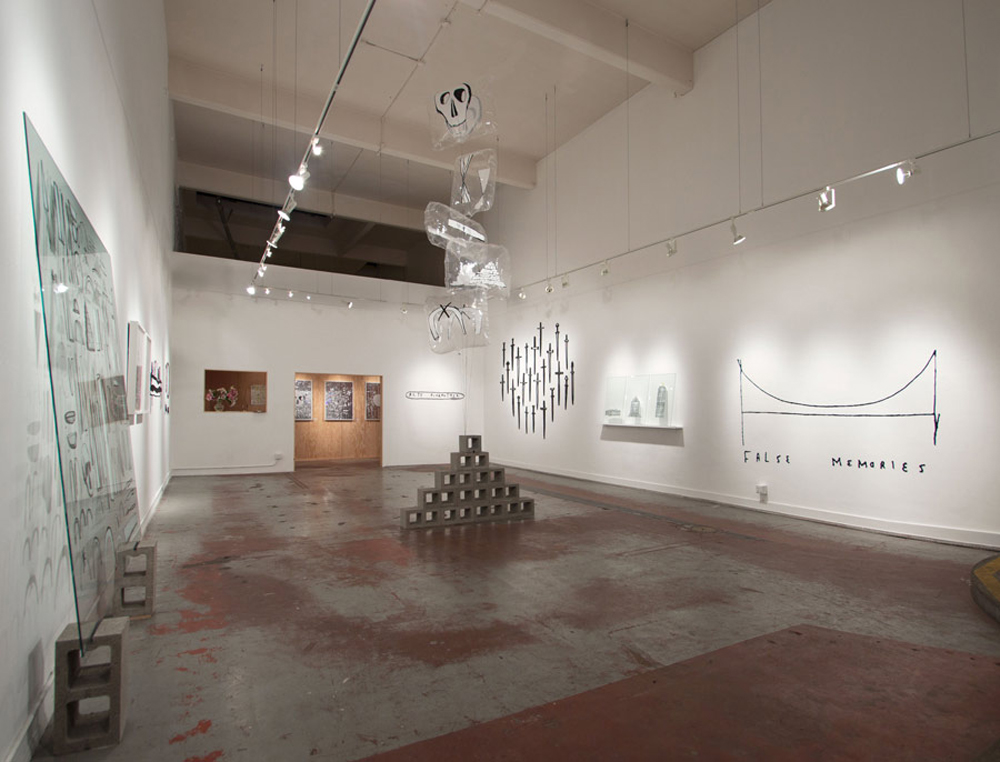 You and your partners have an extensive background in art and design œ what was the moment you all decided to come together and create TPW? Why?
N: We were all kind of coming to the end of our ropes at our jobs at the time. The options on the table were basically, find another job or do your own thing. Also, I would say that the timing of all these initial decisions to do our own thing overlapped with the 2010 Giants Post Season had a lot to do with our collective sense of optimism. Andy’s and my collective experience and personal design sensibilities seemed to compliment one another, so it happened pretty naturally.
A: We realized the future will only contain what we put into it.

Is there a certain aesthetic you’re after when curating shows at the TPW gallery space?
N: I think Andy and I have curated the shows in the gallery on a fairly intuitive level. As we have more and more shows though, the conceptual language of the work is really starting to coalesce. Particularly in regards to the deconstructive nature of most of the work.
A: Their is certainly an idea of deconstructionism, of the “anti-image”. We live in a image blitzed world right now, an idea a lot of the artists we have worked with, chewed up, and spat back out.

Tell us a little bit about the artists you’ve shown at the TPW gallery so far.
N: We’ve show quite a few artists over the course of the year and change. Hunter Longe was our first artist, he’s a relatively young guy from SF who kind of comes from your standard skate/graff background but who’s work is impressively cerebral; he’s concerned mainly with magnetism, its metaphoric implications, aesthetic by-products, etc.
We’ve shown the photography of Bob Chisholm, who’s body of work was essentially in storage for the last 20+ years for the show “Forgotten and Undisturbed”. Upon it being re-discovered, we were able to show his thorough and heartfelt documentation of 20+ years of extensive travels. He was shooting color street photography when virtually everyone else of that era was doing it in black and white.
A: Recently as well we have had some more international flavor as well, with Luis Urculo [Spain] showing earlier this year, Facundo ArgaÃƒ±araz [Argentina] being our current show, and the photographers Klara KÃƒ¤llstrÃƒ¶m & Thobias FÃƒ¤ldt [Sweden] being our next show. The mediums vary, we have show prints, sculpture, video, photo, painting, and all in between. 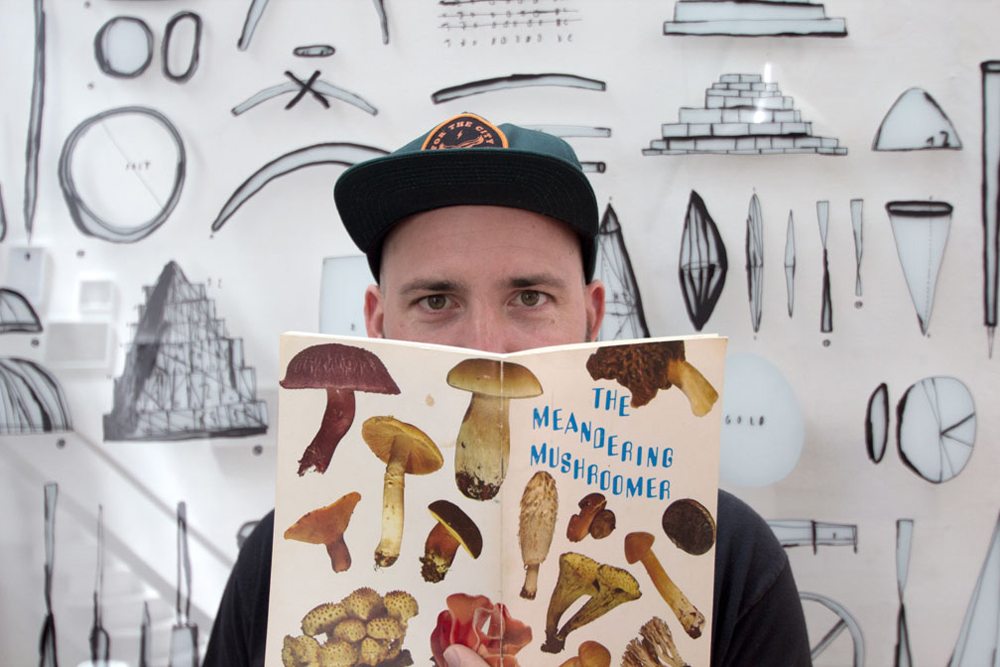 Aside from the gallery, what other endeavors is TPW pursuing?
A: A big part of business is our creative studio endeavors. We do Creative Direction and Art Direction for a number of brands and other initiatives. Right now we are working on several things with FSC Barber and some other bigger companies in San Francisco. We also have all sorts of other initiates going; restaurants, various print and music projects as well as a couple retail initiatives.
N: Andy and I have worked designing and art directing fairly extensively within the streetwear and apparel industries, so we’re definitely working with a variety of clothing brands on projects. We’ve also been gravitating towards more video projects, stemmed from the mini-docs that we’ve been making about some of the artists we’ve shown at the gallery. We’re basically trying to have our commercial work be just as inspiring and rad as the stuff that’s coming out of the gallery.

You recently celebrated your one-year anniversary. What are some things you have gained and learned in that year?
N: The last year has been amazing and a major learning experience all in one. Basically starting your own business is no joke. We’ve got to basically be firing on all cylinders at all times to keep this thing progressing. Our business is really more like two or three businesses with the gallery, the agency and the small retail space behind the gallery that we’re slowly but surely developing. The main thing that, while sometimes hard to subscribe to, is that building up a business takes time, patience and a lot of hard work, but even in the relatively short time we’ve been open, staying the course has definitely yielded and continues to yield results.

San Francisco has a kind of aesthetic that I think at this point people expect to see when they go to shows. We want to offer an alternative vantage point.

How, if at all, does San Francisco influence your work?
N: With Facebook about to go public, Instagram being acquired for a cool billion, etc, San Francisco actually seems to be going through another financial boom. On one hand that’s good for business, because there is a lot of client work out there, on the other hand it makes us need to be constantly hustling because the cost of living here is equivalent to living in downtown Manhattan. Starting a fairly “out there” business like this in such an expensive city has forced us to really evaluate every move we make and try and build as smartly as we can. That being said, we’re all born and raised in SF (really in SF proper, not the suburbs nearby) and have deep love for our city. 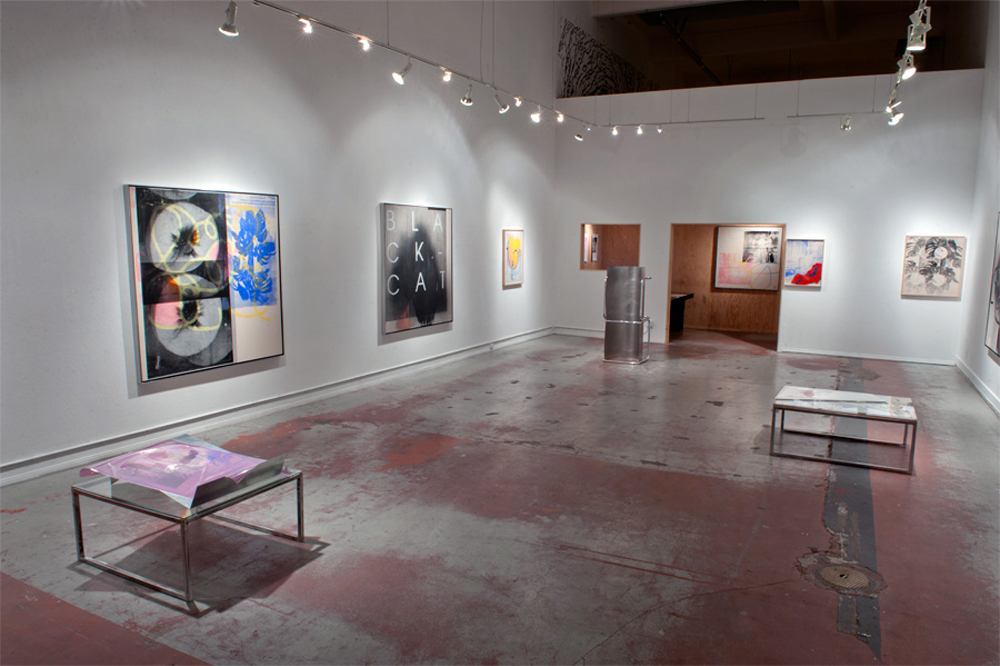 What do you think TPW is bringing to the city, and the creative design world in general? What sets you apart from the rest?
N: When we started the gallery, we really wanted to bring work to SF that folks weren’t acclimated seeing here. San Francisco has a kind of aesthetic that I think at this point people expect to see when they go to shows. We want to offer an alternative vantage point. Additionally our programming has become fairly international, so bringing a global sensibility has become a priority for sure.
A: We’re on that new new shit.

Any big plans for 2012?
N: Stockpile canned food and machine guns and wait for the apocalypse.
A : Stay hungry, stay foolish.