Sneakerheads, shoe fiends, footwear fanatics, whatever you call them… you get the picture. People are OBSESSED with what they put on their feet, and rightfully so. I mean, if your shoe game is sorry, well, we just can’t be friends. The Hundreds has been on the serious shoe tip for a minute now, and with that being said, it was about time that they teamed up with someone who is basically above and beyond in terms of what’s hot in the sneaker world. You’ve seen his designs whether you know it or not, and his customization is always on point – Methamphibian is an artist who hails from New York City but currently calls Los Angeles home. Having worked in the sneaker industry for countless years, he’s earned the shining reputation as the king of customization. He can do it with his eyes closed, and he’s been doing it since he learned to tie his shoes. Providing fans and sneakerheads with unrivaled artwork and designs, it’s no wonder The Hundreds teamed up with Methamphibian to create the extremely limited “Methamphibian” Hoya. We caught up with the one and only Methamphibian to ask him a few questions about how he got his start and what keeps him going. Read on to see what he had to say!

How did you get your start in the sneaker/streetwear industry?

I initially started with this whole thing as a “hobbyist” and as a collector. I started heavily getting into sneaker collecting en masse right around ’98 or so. I’ve always been into sneakers since I can remember but never started really collecting them in greater numbers until that time. And it was also right about then when I started to experiment with painting on shoes in order to come up with different color combos that weren’t ever available on shelves. Ever since I was a kid I was always customizing my shoes (or anything for that matter). Back in the Ã¢â‚¬Ëœ80s I would draw on my Converse and Vans. 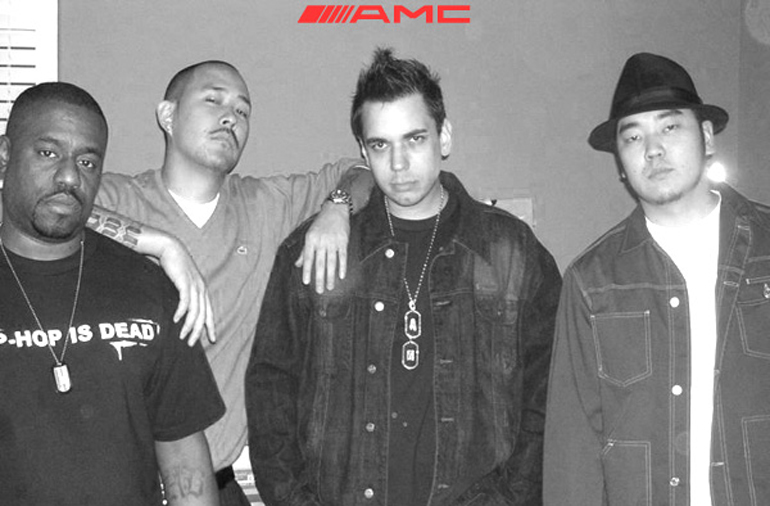 As far as getting into this “industry” professionally, I would have to say it all started in 2001 when I had my first commercial collaboration with a retailer in NY called Prohibit.

Where did the name “Methamphibian” come from?

Back when I was in art school in the mid Ã¢â‚¬Ëœ90s I wrote a story for a comic book (which unfortunately never saw the light of day). The story’s protagonist was named Methamphibian. The name itself is a portmanteau of the words “methamphetamine” and “amphibian”. The story heavily revolved around drug use and the character’s eventual inability to differentiate between reality and hallucination as a result of his mind constantly traveling in and out of consciousness (like an amphibian living simultaneously in and out of water).

The name eventually stuck with me, and I used it with the intent to build a new IP around it when I launched my website back in ’01, despite it no longer having anything to do with the original story concept.

Ever since I was a kid I was always customizing my shoes (or anything for that matter). Back in the Ã¢â‚¬Ëœ80s I would draw on my Converse and Vans.

What has been one of your favorite projects to date?

I would have to say of all the projects I have done in the past, one of my favorites still has to be the Artist Projects for DC. It was a lot of fun to work on, I got to travel to cities/countries I had never been to, and overall DC was very keen on preserving the artist’s vision without applying any kind of red tape or corporate restrictions you would normally expect from a large company.

Can you talk a little about the “AMC” crew? 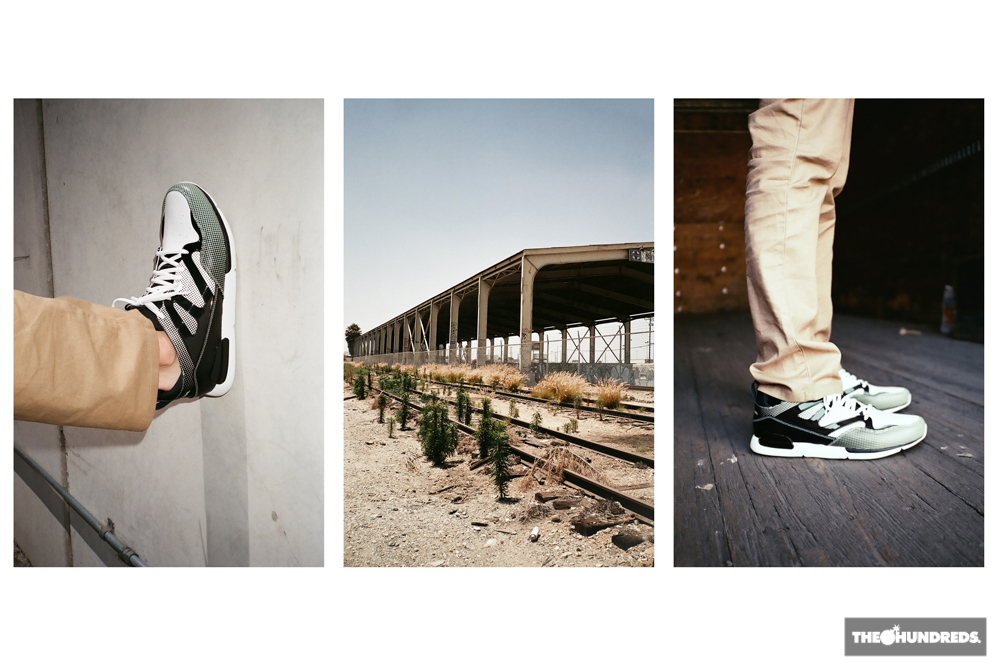 Shortly after gaining a little bit of recognition from my custom shoes, I got in contact with Ben Baller back in ’02. Ben was very instrumental early on in getting the Methamphibian brand out to a larger audience, especially after introducing me to the good folks over at Undefeated and establishing a relationship with Essense in Japan.

AMC was our crew, which consisted of Ben, myself, DJ Homicide and the late DJ AM (RIP). It was all in fun, the idea was to form a group of people who collectively had the illest collection of sneakers.

Do you have any rituals in your design process?

I always start with a concept, whether it be a story, a character or whatever. Once I have that concept locked, I choose a color scheme that compliments or enhances that concept. This applies to anything really. Not just custom sneakers but anything, whether its graphics, music etc.

Where do you get your inspiration for your designs?

A lot of the time I would draw inspiration from life experiences, or even music/pop culture. It can come from anywhere, basically anything that leaves a lasting impression on me will eventually manifest itself as a drawing sooner or later. 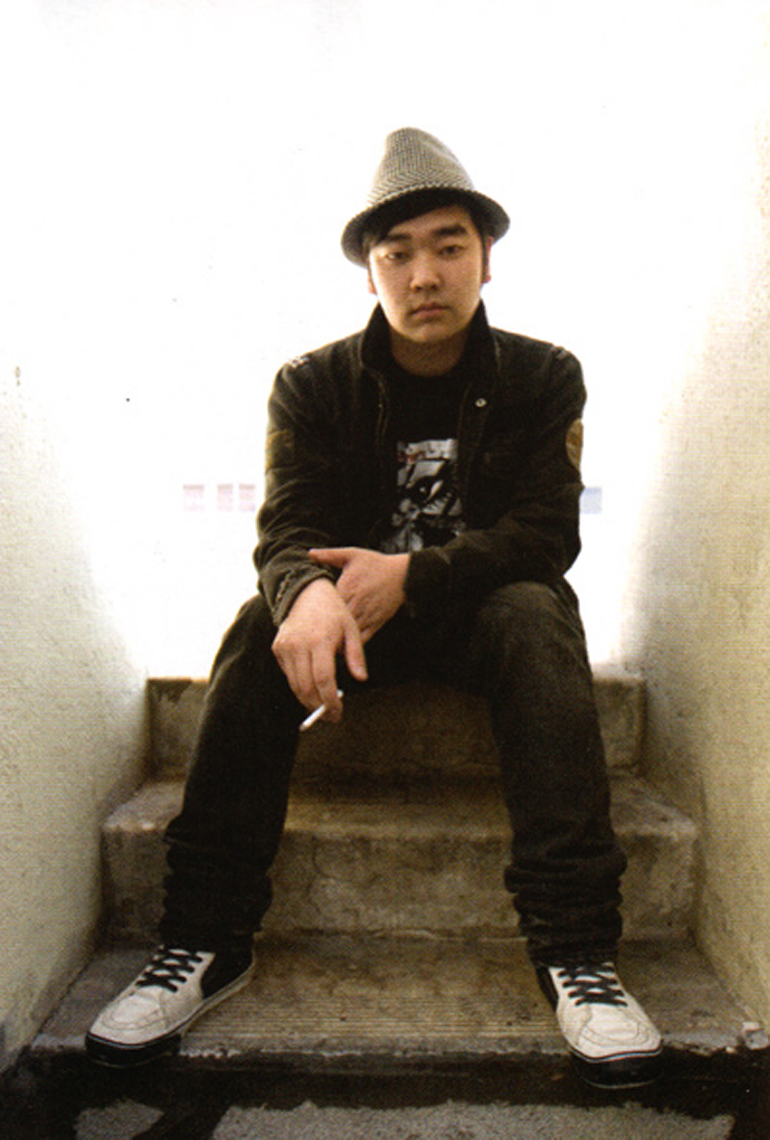 What do you do outside of sneaker design?

Graphics (both 2D and 3D), also been getting back into making music again. Recently I’ve been shifting a lot of time and focus into 3D modeling and programming for games, and I’m working on an independent title with a few other people. I’m also addicted to modding Skyrim for the PC at the moment (under the moniker AmethystDeceiver).

…the approach I took was to modernize the [The Hundreds Hoya] shoe while keeping its distinct retro feel intact, by combining the use of contrasting construction materials, with a familiar “Methamphibian style” colorway.

Since you have been around streetwear since it’s birth, how has it changed throughout the years in your opinion?

Well, I wouldn’t exactly say “since birth” since streetwear has been around far longer than I have, but since I started in its current incarnation, it definitely has changed quite a bit. The most obvious change being that it has become bonafide mainstream industry, for better or for worse, depending on your outlook. In my opinion, streetwear expanding into a mass market is a good thing, but can easily be taken advantage of and exploited with ‘less-than-noble’ motives. It’s good to see some of the brands that came up right around the same time I did, like The Hundreds still thriving and staying true to roots at the same time.

Describe the design process/inspiration behind the “Meth” Hoya collaboration with The Hundreds.

The concept I started with was “Roots” or more specifically the common roots that Meth and The Hundreds share. After having a conversation with Ben and Bobby early in the project, we were talking about how we all came up in the same late Ã¢â‚¬Ëœ80s/early Ã¢â‚¬Ëœ90s era, and when I saw the design prototype of the Hoya shoe, I knew right away that this would be the perfect way to tie all of that together. The Hoya’s design already has that distinct early Ã¢â‚¬Ëœ90s flavor, so I went with a very simplistic graphic that is also reminiscent of that era without being a straight clone of something like Air Tech Challenge. 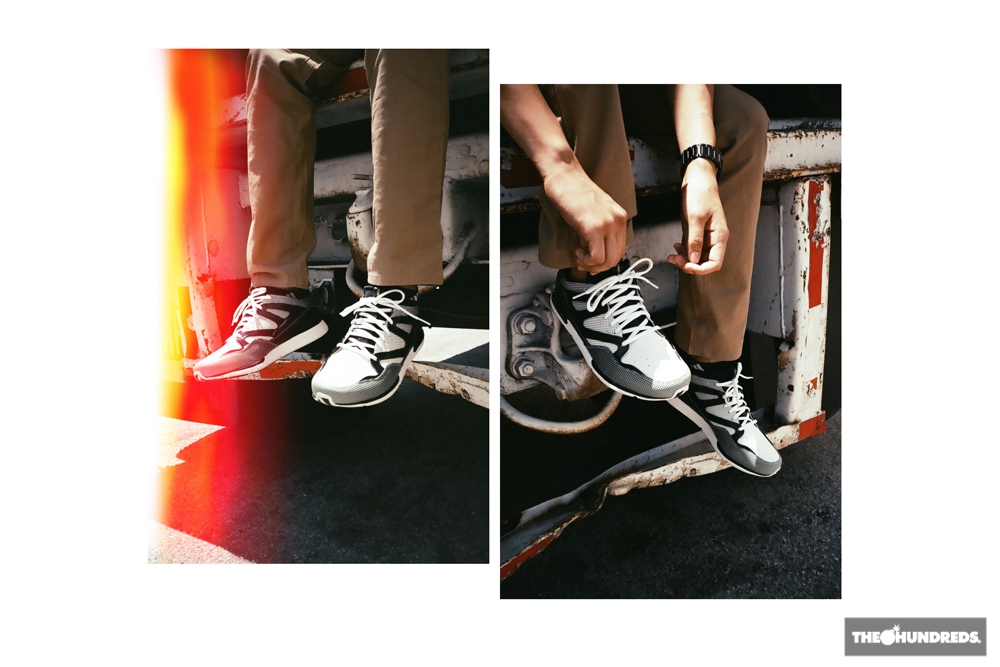 So instead, the approach I took was to modernize the shoe while keeping its distinct retro feel intact, by combining the use of contrasting construction materials, with a familiar “Methamphibian style” colorway. The end product, while still retaining that “Air Tech” style half-tone graphic, is now a “Meth style” almost graphic-novel look (or at least kind of a Roy Lichtenstein inspired comic look), with a modern feel to it.

I’m very happy with how the shoe turned out, and I think it encapsulates this concept perfectly. A great job done by The Hundreds in both the shoe’s silhouette design, as well as the quality.