California recently decided you can’t get a DUI for driving with 2 nanograms per milliliter of THC in your blood. That’s a good thing, because 2 nanograms is really fucking low. Washington currently has a 5 nanogram rule, which is still incredibly low. Such a low amount could put anyone who regularly smokes at risk of a DUI for still having THC in their system the day after or many days after they smoked. You don’t even have to be high.

A recent test of drivers driving on a closed course that CNN administered showed that the drivers tested for THC content had over 20 nanograms in their system after smoking three-tenths of a gram of weed. The test also showed that their driving instructors didn’t find them to be impaired by such an amount. On top of that, a 2007 study showed that drivers who had a .05 blood alcohol level were three times as likely to cause an accident as a marijuana user. I’m not an advocate of drunk driving, but I guarantee you I could pass a driving test with only .05 blood alcohol in me.

Let’s just be real: I’ve driven high many times (and drunk, for that matter). The effects I’ve personally felt from my own well-tested experiments have shown me that driving high isn’t that bad. The worst effect I’ve ever personally felt from smoking marijuana and getting behind the wheel is that the marijuana made me a little tired, and driving tired is not a good idea. However, I was already kind of tired when I had decided to smoke weed.

Furthermore, a study by the National Highway Traffic Safety Administration, a government bureau, says:
“The extensive studies by Robbe and O’Hanlon (1993), revealed that under the influence of marijuana, drivers are aware of their impairment, and when the experimental task allows it, they tend to actually decrease speed, avoid passing other cars, and reduce other risk-taking behaviors.” Translation: Stoned drivers are more cautious and inhibited than drunk drivers.

The same exact study says that using drugs like anti-depressants, benzos and certain antihistamines have more potential to impair a driver than marijuana. This is coming from the government, mind you. Are we going to start considering giving DUIs to people suffering from depression? I sure as hell hope not.

Now, marijuana does affect people differently—that I’m willing to admit. Someone who never smokes taking a big rip of a gravity bong and getting behind the wheel is probably not a good idea. However, someone who does that daily and has built up a serious tolerance might not cause any problems. Thus, I propose that if we must set a limit, it should be at least 30 nanograms (plasma test). I’ve heard that number used before as a guarantee of being at least somewhat intoxicated, and it seems fairer. 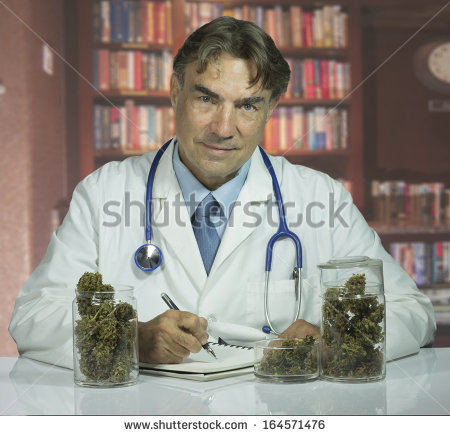 That doesn’t mean I support a limit, because I don’t think scientists have yet found a way to accurately connect THC content with behavioral ability, but you could say the same thing for blood alcohol content. Even with driving, some people operate the vehicle fine at .08 and some shouldn’t be behind the wheel.

The main thing to note here is that marijuana is a medicine. I recently spoke with a doctor who is successfully treating seizures in people with epilepsy using oil from cannabis. Alcohol is pretty much never a medicine, except for my own use of it. Someone who took medicine and had to drive somewhere should not be prosecuted unless they are seriously driving erratically. Perhaps we should consider different rules for different users. There are worse things than someone being relaxed and passive when they drive. Road rage is a real problem, and I think getting high might be the solution.

Author’s note: Special thanks to NORML for doing half my research for me with this article.