Q. What is Monster Children?

Monster Children is a magazine born eight years ago out of a sense of frustration, I guess. The founders had worked within the skate and surf publishing world and were sick of those magazines assuming that because you skated or surfed, you weren’t interested in anything else. People involved in that world have gone on, and go on, to become extremely successful creatives, even on a mainstream level nowadays. So I guess Monster Children was about celebrating this side of that world, rather than just the high action, athletic side.

Q. What kind of subjects does the magazine cover? Who is your audience?

I hate trying to define our audience, the lines are too blurry because the content we cover can vary so much. We have features on incredible artists, Andy Jenkins writes a column that I can only define as prose, and Aaron Rose has a film column in every issue. But alongside that, we have beautiful photographs and stories on girls, skateboarders, surfers, artists and musicians. Nothing is off limits, it keeps it refreshing for us, and hopefully for the readers.

We have beautiful photographs and stories on girls, skateboarders, surfers, artists and musicians. Nothing is off limits, it keeps it refreshing for us, and hopefully for the readers.

Q:Is there a meaning behind the name Monster Children? 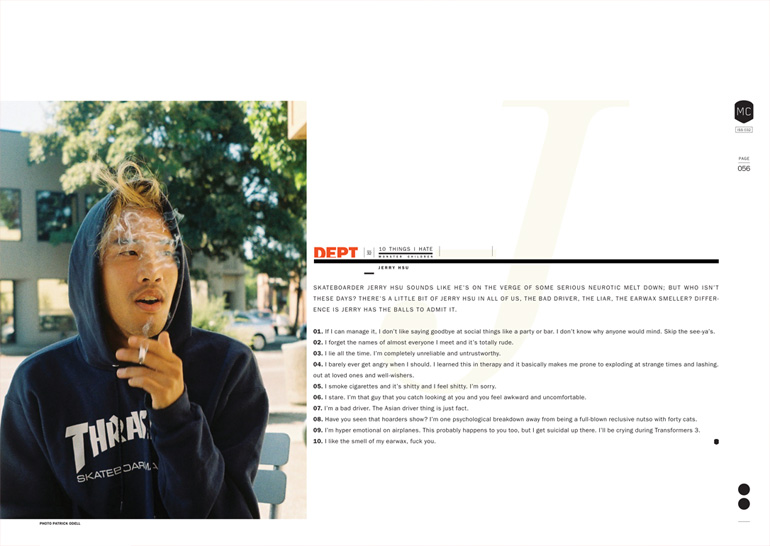 Q.What prompted the move to LA and the creation of the International issue?

Mainly the lack of magazines covering the culture in the same way. Every magazine in this world tends to be core – whether that be skate, surf, art or music.

That, and we had advertisers and contributors begging. It may have also had a little to do with the fact that I’d been spending a lot time in LA and I had a personal vested interest in spending far more…

Q.How has LA treated you so far?

LA has been great! The move here, though insanely busy, has been extremely worthwhile. LA has this incredible culture of support within the art and music scene. It feels like everybody involved only wants to build that culture more within the city, which sadly I think is rare in cities this size. The concept of competition within it.

Q.Is there anything that you’ve accomplished here that you wouldn’t be able to back at home?

We’ve always been lucky enough to work with incredible people on a global level. I think being here means that I get to develop a face-to-face relationship with these people, as opposed to an email one, which is obviously far more. 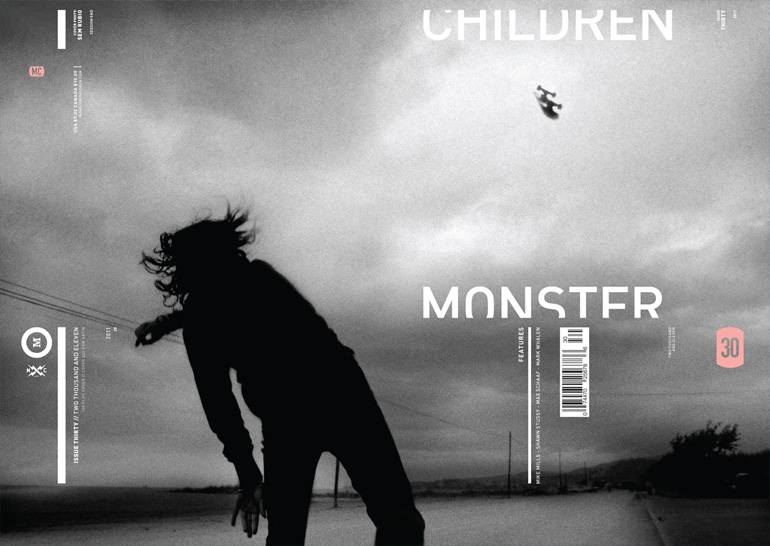 Q.How does the International differ from the Australian/New Zealand version?

It’s a case by case basis, and every issue tends to be different. The magazine we were creating in Australia was always very globally focused with its content, so we do share a lot of content, though we produce a lot of it locally in the states. On average I would say its approximately 60/40 shared to different.

LA has this incredible culture of support within the art and music scene. It feels like everybody involved only wants to build that culture more within the city, which sadly I think is rare in cities this size.

Q. Do you have any cool upcoming projects on the horizon?

Can I be the asshole that responds really vaguely to this and says, yes, we’re working on big things and to check back in future for details? 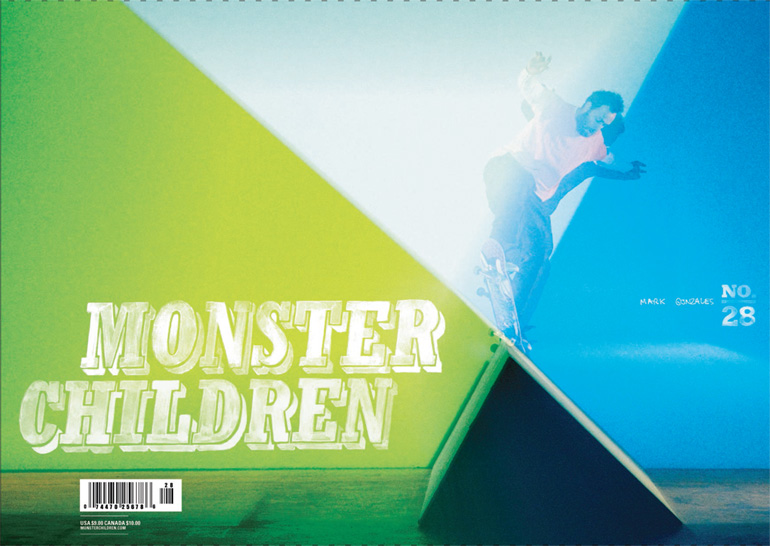 Q. Okay, so who should we keep a look out for the future? Any talented underground artists/musicians/designers you and the magazine are really into right now?

Derek Albeck is making incredible work. I saw Crazy Band play recently and haven’t seen that kind of atmosphere at a show in a very long time. I could go on and on, but the list really is so long. LA is producing amazing work over so many different mediums.

Q. Where can we pick up a copy of Monster Children?