Keys N Krates :: Evolving The Art Of The Remix

It’s been said many different times, by many different people, in many different ways – we’re living in “remix culture.” That is to say, the globally flattening forces of digital content sharing have caused a sort of perpetual remix of culture to happen across the common space. Everyone is sharing, riffing off each other, building up, taking away, or reconstructing ideas, designs, music, and just about everything else at a rate never before seen in human history. Without getting too theoretical or cosmic about it, this plays into a concept explored by sociology known as “the group mind” that suggests humankind shares an inherited, unifying collective consciousness that perpetually drives our ideas and progress forward. In other words, it’s impossible for anyone to truly “invent” something new as this new thing would had to have been predicated, at least to some degree, on pre-existing ideas or information. That’s right, folks, everything’s a remix. It’s pretty trippy to think about, but it sure makes you reconsider the value of what a remix actually is, particularly in the context of music.

So when I met emerging Canadian “live remix” trio Keys N Krates in LA for dinner five years ago, I couldn’t help but be interested in their unique fusion of remix and live performance. Consisting of Adam Tune on drums, David Matisse on keyboards, and Jr. Flo on turntables, the group’s approach combines an in-your-face live performance with all the energy and excitement of watching a band perform with all the booty shake bass and drum oomph of a great DJ set. It’s new remixed content happening in real time, and it’s pretty exciting to watch and listen.

Now seven years into the project, Keys N Krates has evolved quite a bit since our initial meeting – growing from a tight knit group of friends live remixing beats to a collective of bonafide producers and accomplished musicians who have truly grown into their own in terms of refining their sound and defining their live environment.  Their latest EP, Every Nite, is a great example of that evolution and brings listeners a range of genre bending mashups with overtones of rap, trap, UK bass, house, and R&B. 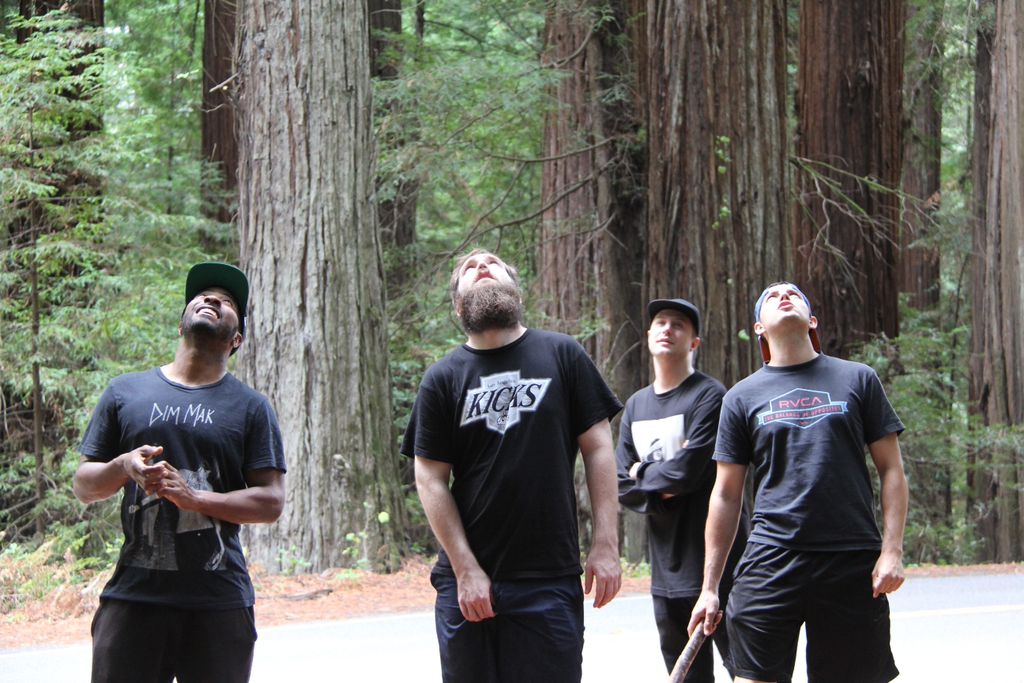 CULLEN: Let me get your guys’ take on what a remix actually is. Like, in theory, isn’t everything kind of a remix? Like everything is kind of a riff off of something else that came before it at least on some level, right?
Flo: Absolutely! Nothing really comes from thin air. Every brilliant musician or act has drawn from somewhere to get their sound to varying degrees—whether they are a rap producer sampling funk records or rock n roll acts reinterpreting blues songs. With that being said, I think there is such a thing as unclassy, straight forward, tasteless sampling that’s not super creative.

Tune: When it comes to distinguishing a remix from an original tune—that can get pretty subjective. We’ve done remixes where we’ve used such few elements from the original, and we’ve done originals where the sample source makes up the heart of the song; and vice versa. It kind of comes down to what you want to call it at the end of the day. Regardless of what we are making we try to flip the source sounds as much as possible. 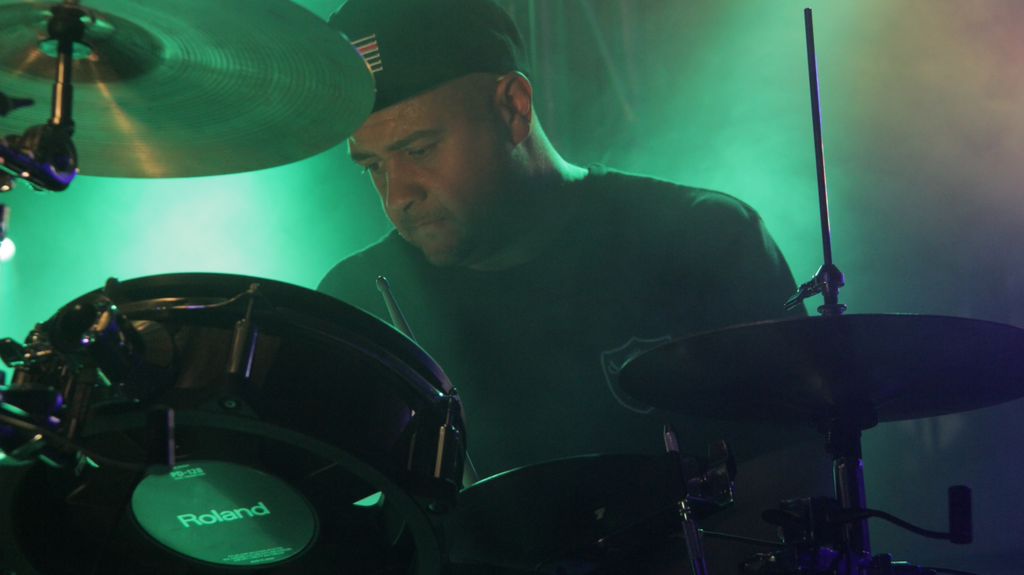 What makes your guys’ approach to remixing unique? Aside from the obvious live element, how is KNK’s approach to remixing songs different from just watching say a DJ mix up records?
Matisse: I think the fact that there’s three chefs in the kitchen with three very different musical backgrounds makes our approach pretty unique, often for better or for worse. Let’s just say it can often take 40 mins to agree on the reverb trail on a snare drum [laughs].

Tune: Yeah – having three chefs makes for lots of good ideas, but often lengthens the process of finishing stuff.

Flo: We also get a ton of ideas and rough sketches by jamming stuff out as a band which is pretty different.

What makes your guys’ new project so special? Have you taken a new approach with your sound? Critics seem to be saying that your new record is that pivotal release where you guys have truly found your “sound” or “come into your own” as a band. Is that accurate to say? What’s the journey like to finding your “sound”? Is that “sound” always changing?
Flo:  The goal was really to elaborate on our current sound and make a mini album.  Club music that could be listened to at home and make you feel some type of way, but still goes hard.

Matisse:  I feel like we are just going continue to evolve as producers, and with that our sound will evolve.

Tune:  We kind of have a bit of a sound going with pitched up vocals, 808s, big bass, and epic synths and we are really just trying to evolve that whole sound and make it better and better. I think this EP is representation of us taking our vibe and using it to make a body of work that can be ingested like an album.

Has your vision for what KNK is and could be constantly changing as you put out new music? Has your live show evolved as you’ve been out on the road more and more? What new things are you guys brining to the table with your approach?
Flo: We started as a live band doing rap covers and reinterpretations, and evolved into full in producers who can play all our beats totally live and put on a unique show. It’s only natural that as producers our sound is going to gradually evolve over time. There are so many ideas and soundscapes we haven’t even tapped into yet that we are excited to explore.  I think being a band in the beat scene is a pain in the ass but definitely brings about different ideas. I think the fact that we three humans jamming on instruments and chopping up shit live is just going to bring different ideas to the table.

Matisse: Playing live every night definitely makes us want to constantly add to and evolve our show. A lot of new ideas come in soundchecks that end up making it into our show. 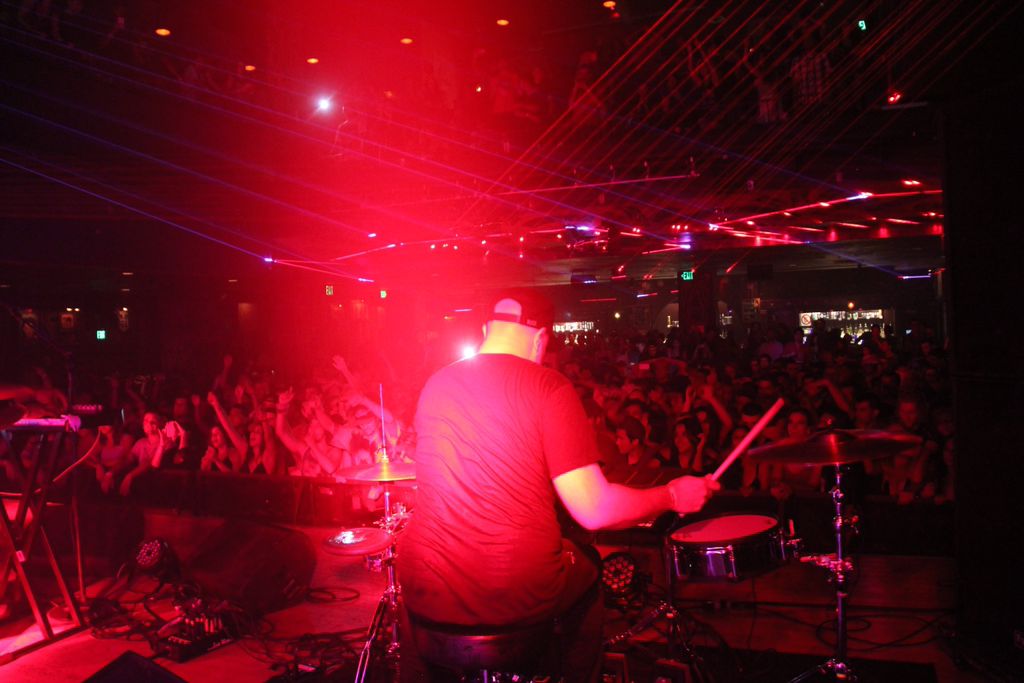 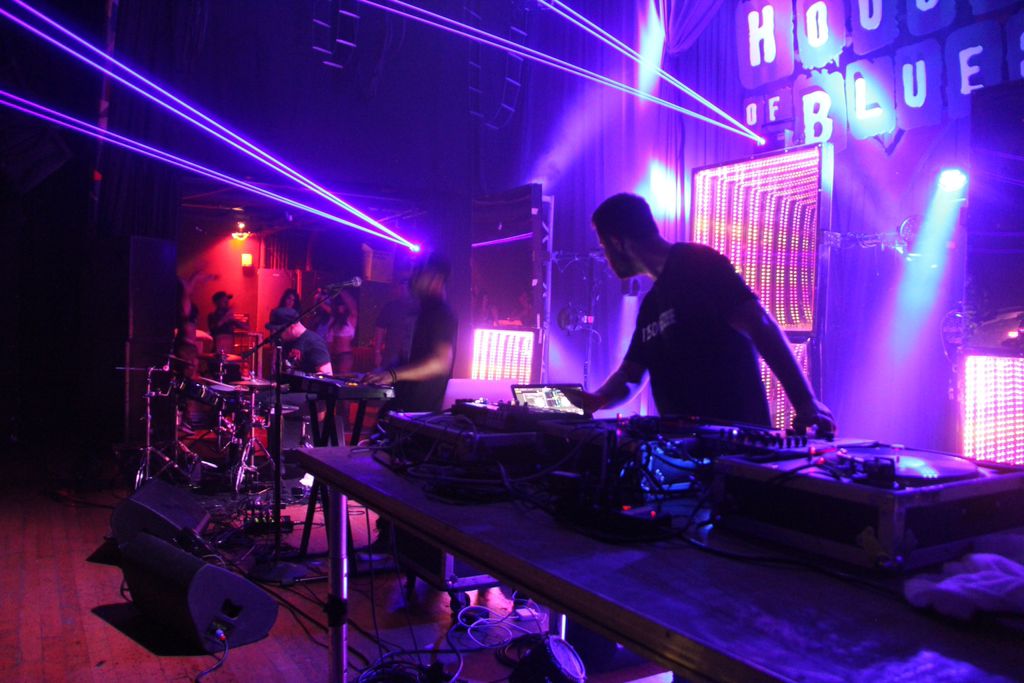 Keys N Krates just hit the road on a 50 stop US tour and will likely be coming to a city near you. Alexander Spit
John Lennon once told Rolling Stone, “I’m an artist, and if you give me a tuba, I’ll bring you something out of it.” A bold statement like that requires an absolute level of artistry, talent, and c...