In 2008, Jenna Bouma, aka Slowerblack, got her first tattoo – a woodcut piece from Barthelemy Aneau’s Picta Poesis, which was published in 1552. “I was a stubborn teenager,” she acknowledges. That same year, Jenna also hand poked her first tattoo, a straightedge tattoo on one of her roommates, followed by the Minor Threat sheep. “It wasn’t easy at all,” says Jenna, who used a pencil end, needle, and thimble, “But I do remember it being fun.”

Jenna selected hand poking over a machine for a number of reasons: “First is that I’m attracted to more primitive methods of tattooing,” she explains. “Second is that I love being fully responsible for the finished result and not needing electricity. Third is because I feel it’s more intimate.” So over the course of the next few years, Jenna refined her practice, engineering her own disposable hand tools, which resemble the tools used by Irezumi master Nakamura Toshikazu. 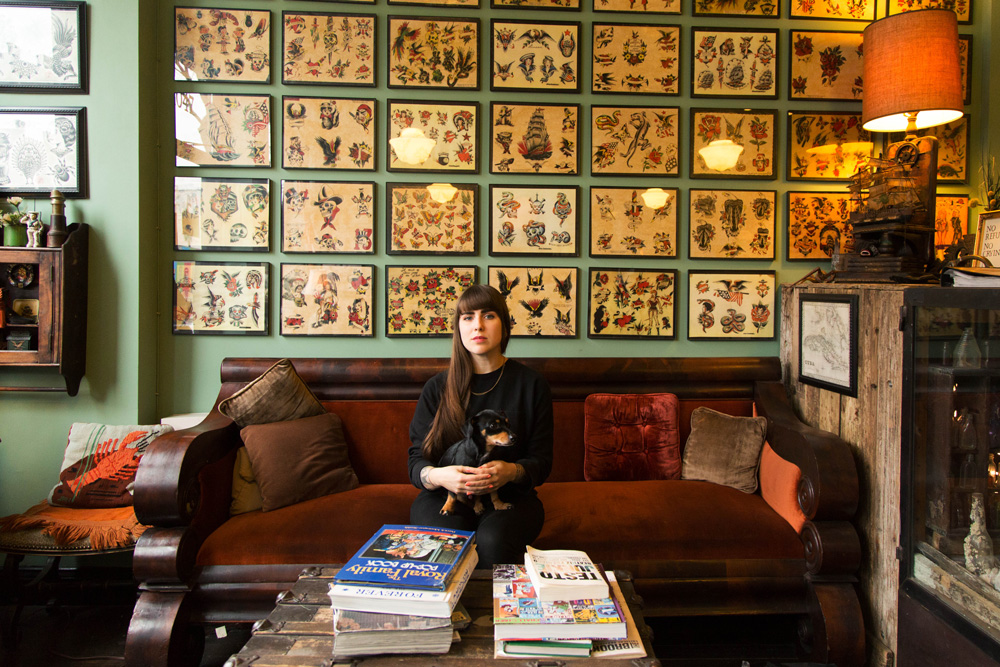 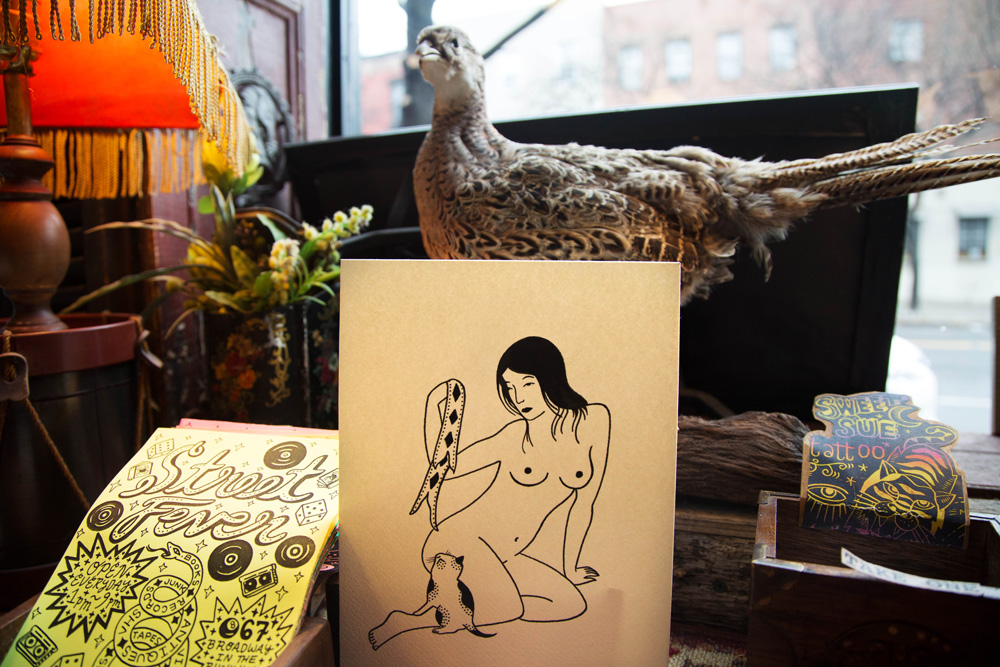 During this period, Jenna also developed her signature style of romantic designs rendered in thick black lines. “Black is what I’m comfortable with,” she says, “and I think black tattoos have a boldness to them that’ll never really die out.” Her designs are inspired from a number of sources – vintage advertisements, catalogs, and cartoons – but Jenna especially looks to classic tattoo flash by artists like Milton Zeis, Owen Jensen, Amund Dietzel, George Burchett, Christian Warlich, and Percy Waters.

Though there is a definite nod to classic tattoos as well as similarities in subject matter, – like naked ladies, panthers, snakes, and roses – Jenna has succeeded in making her work modern, unique, and recognizable. When you see her work, whether it is a woman undressing in front of a mirror, a calico cat with its paws tucked under itself, or a cactus in a southwestern urn, it is instantly recognizable as the work of Slowerblack. 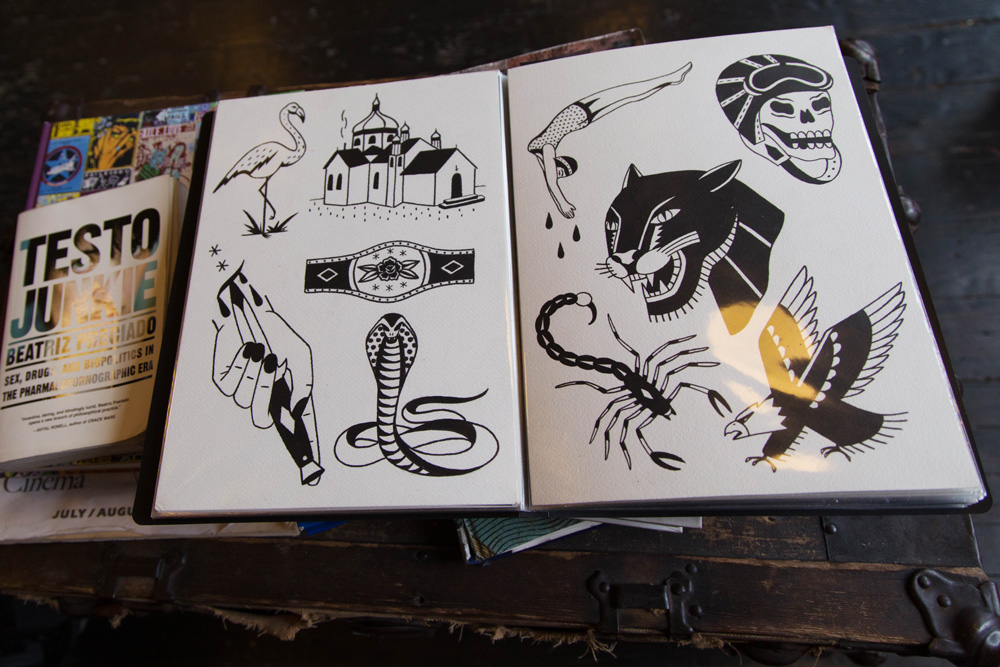 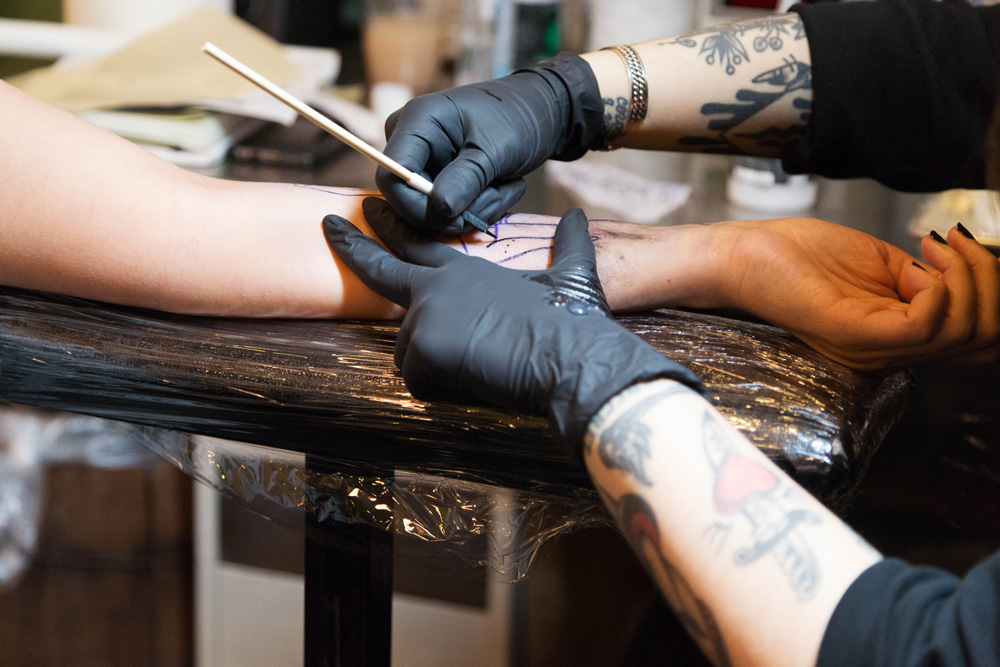 “I get inspiration for the shape of whatever I’m tattooing from different sources and then – I just draw,” she explains. “I’m so used to just stylizing my drawing that it comes really naturally.” Just four years after hand poking her first tattoo, Jenna quit her job as a TV production assistant and started traveling to tattoo full time.

The Canadian artist has since tattooed in Tokyo, Seoul, and Milan, among many other international cities. “Traveling inspired me to draw more and tattoo more,” Jenna said in an interview with Acclaim magazine, “and the people I’ve met have fully encouraged me to keep doing what I’m doing. I’m the most fortunate person in the world for that.” 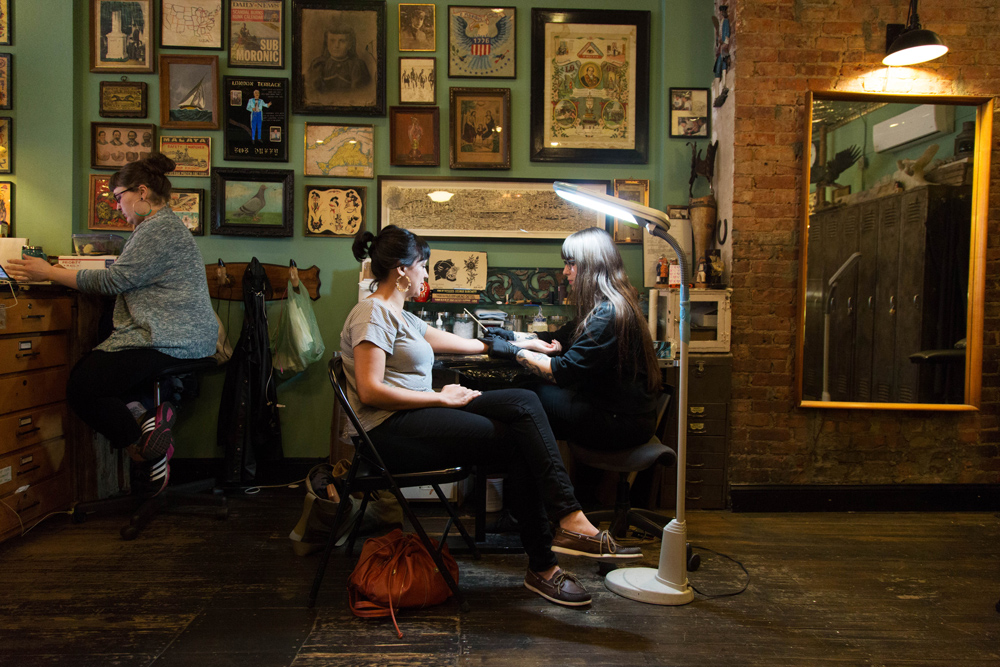 During her travels, Jenna tattooed at East River Tattoo in Brooklyn and fell in love with the shop and the city. “The people [there] are so great and genuine that it was so difficult not to gravitate toward East River and Brooklyn,” she explains. “I visited over a year ago and loved it. I extended my stay and then, the offer was put on the table, and so began the visa process.”

Just this past month, Jenna made the official move to New York, where she will tattoo for the next three years at East River. When asked what’s next, she answers, “Settle into my new home, put down some roots, tattoo a lot, take on bigger pieces, and just hang out.” 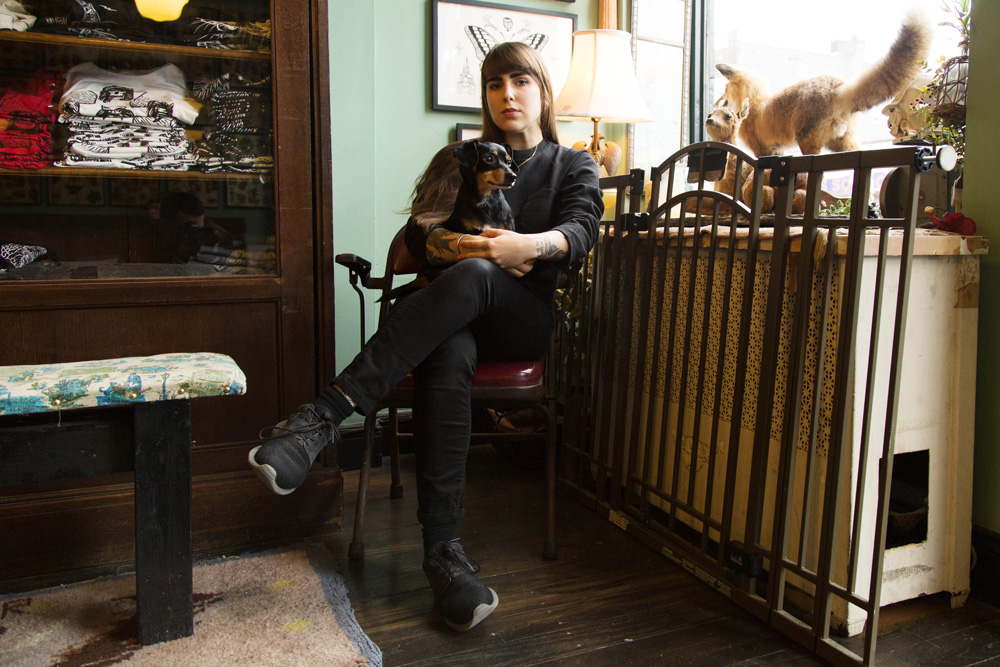 Follow Slowerblack on Instagram @slowerblack and on Tumblr. Email slowerblack@gmail.com to book your own session with the artist. Mac
Mac goes in-depth with 2SHAE to chop it up about his time on Pimp My Ride and West Coast Customs, his 5-year stint in prison, his Seventh Letter residency, & the WAR videos that nearly sent him... Cullen Poythress
Globally renowned & storied tattoo artist Jun Cha is a young master at his craft – dedicating thousands of hours towards a rare tier of perfection. This obsession has led him to open up a new p... Bobby Hundreds
Tattooing, like Streetwear, thrives in the underground.  Correspondingly, as the spotlight peels back generations of secrecy (aided by pop culture, the Internet, and a new school of iconoclasts), q... Fongstarr
Having worked with nearly every important brand, musician, and band out there, Usugrow has come up from printing flyers for underground punk bands in the ‘90s all the way to having a steady flow of...
HIDE COMMENTS