I always tell kids my one regret when asked for general wisdom as an elder chap. If I could do it all over again and rewind the hands of time, I would have spent every dollar I made so I could travel the world. It’s something I never did when I was younger and even though I am getting my licks in now, I feel like this experience is going to end before it really catches on fire. This Jamaica trip will be only my 2nd time ever using my passport with the first being for Iceland. I figure let’s do a total 180 from the snowy ice caps and enjoy some must needed island weather.

This is Rasta Jerry. I didn’t pick him as much as he picked me. Jamaica is a hustle and bustle type town where tourism is a great place to exploit someone’s money. He knew I had some shingles to throw around and I knew I had no fucking clue of where to go. Because of that, I became his bankroll and he became my personal tour guide for our whole trip. 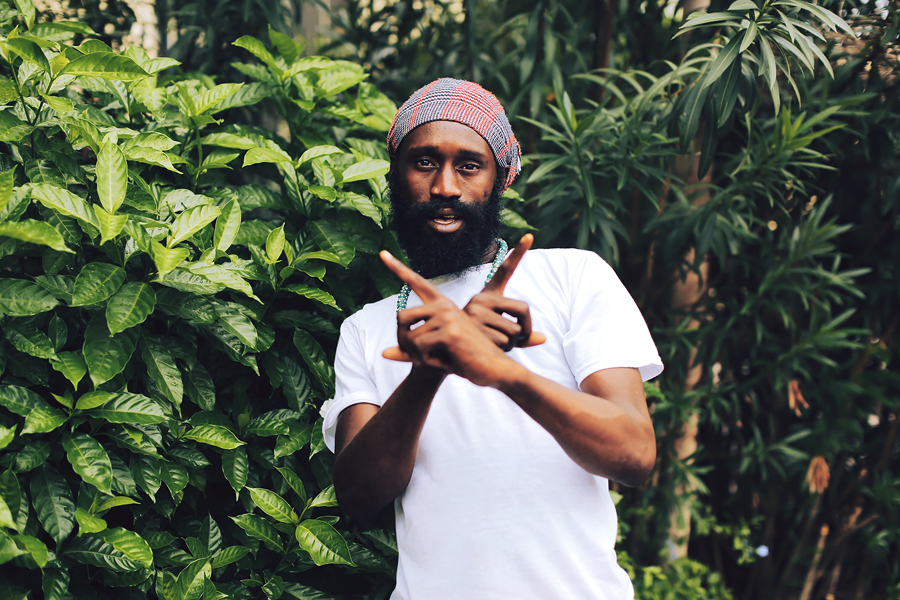 I might be a little naive but it’s hard to believe what is fact or fiction out here. Jerry told us he had a bloodline to Nanny of the Maroons which ironically was illustrated on the Jamaican $500 dollar bill. On top of that, he was a highly coveted futal player as well as a reggae singer to boot. I’ve never had someone spit bars while driving and looking in the camera before.

Rasta Jerry from Fongstarr on Vimeo. 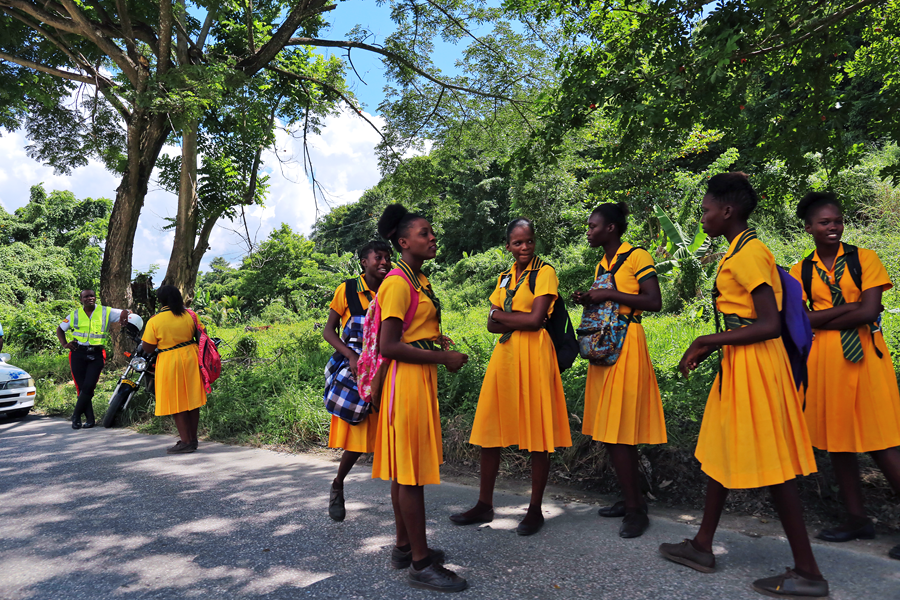 We stayed in Negril, which was an hour away from the airport. It’s considered the tourist country side of Jamaica. Everything out here was lush greens and massive cumulus clouds. Very Jurassic Park-esque. 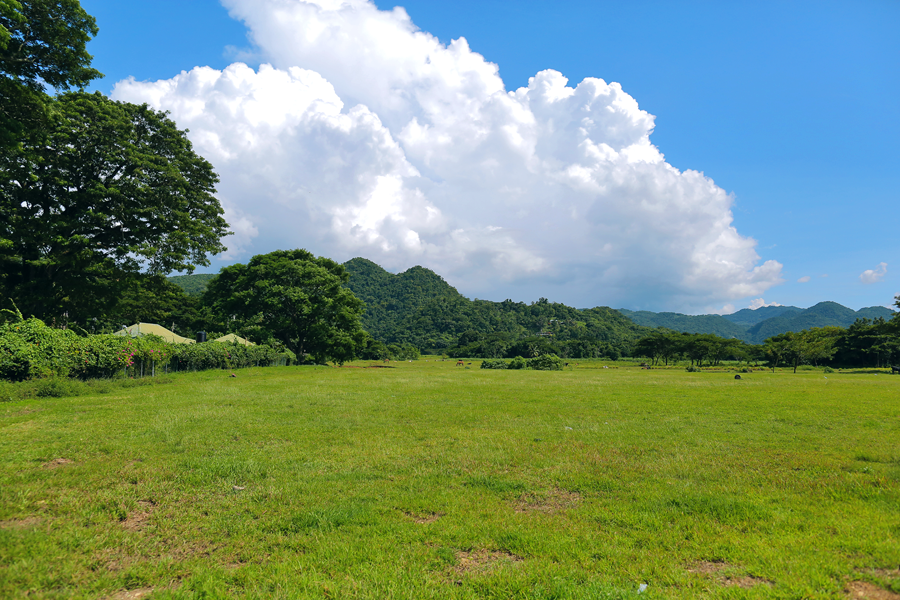 Our first destination was in a cave near the mountainside near a small village. All along the ceiling above in those cavernous pockets, you’d hear just a ton of bats just squeaking away. 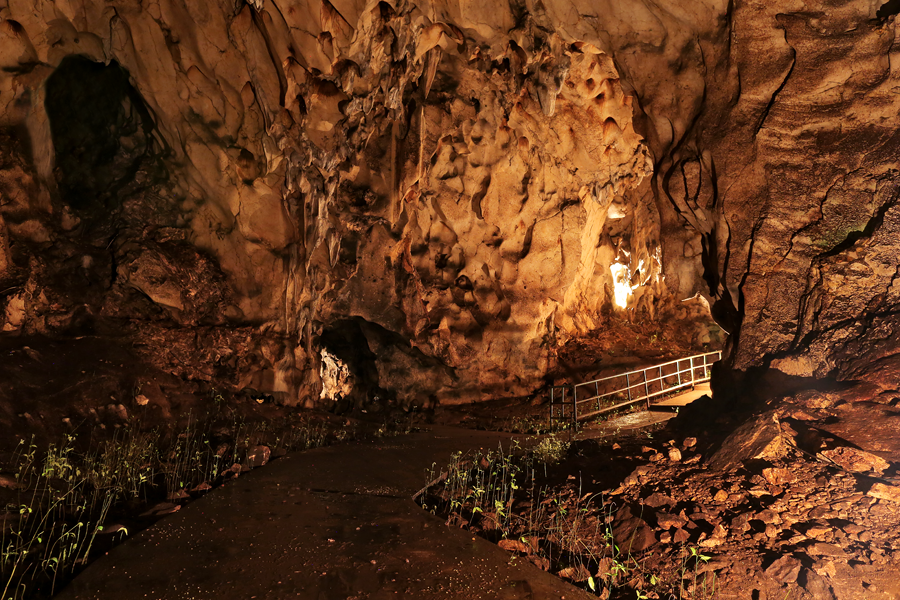 One of many naturally created sculptures in the cave just from water and pressure alone. This is either a turtle of some sorts or a soda can-sized erected penis. You be the judge. 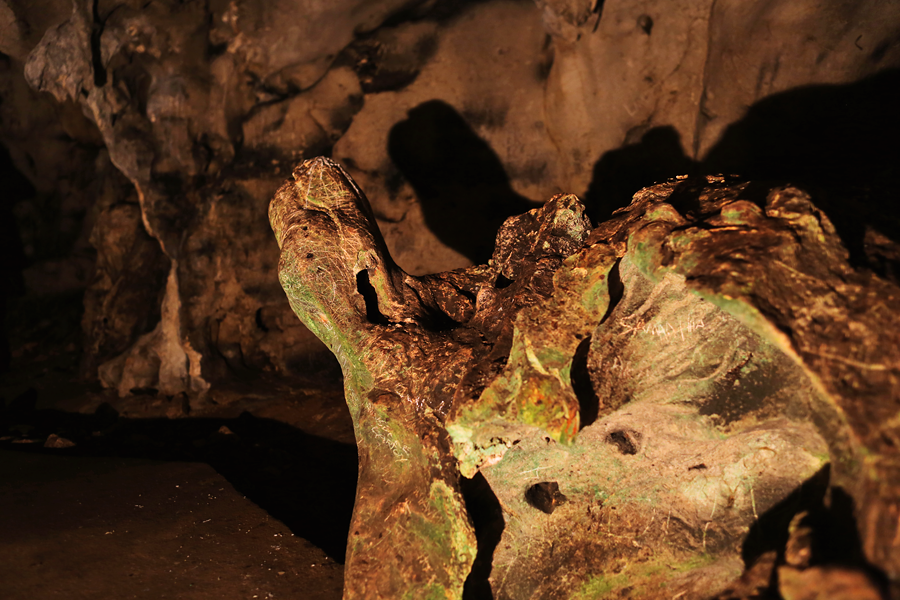 Next stop was sort of a culinary experience more than anything. We chartered a small boat to a miniature island off the coast known as Booby Cay Island. Known among tourists around the world, you can literally pick fresh lobsters from the sea and have it BBQ’d right in front of you. 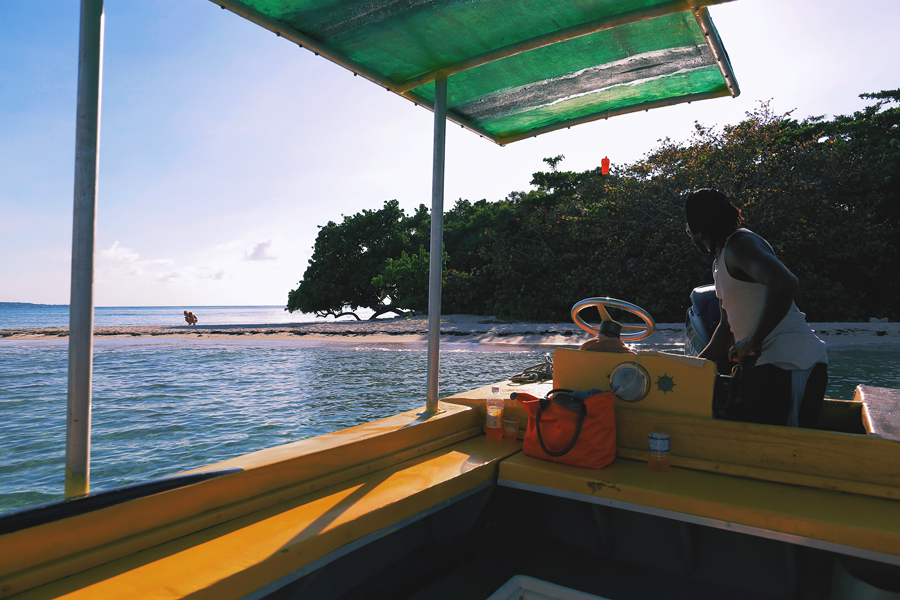 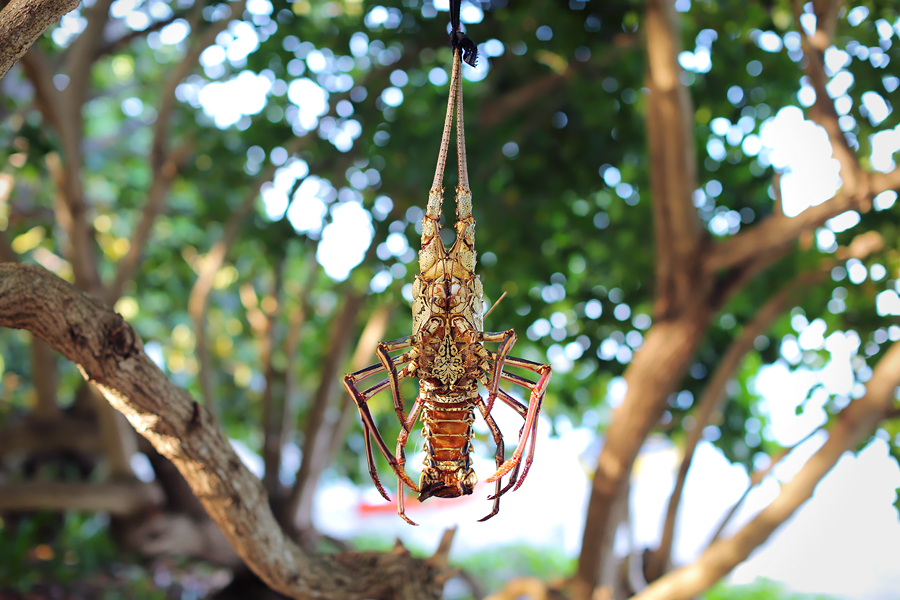 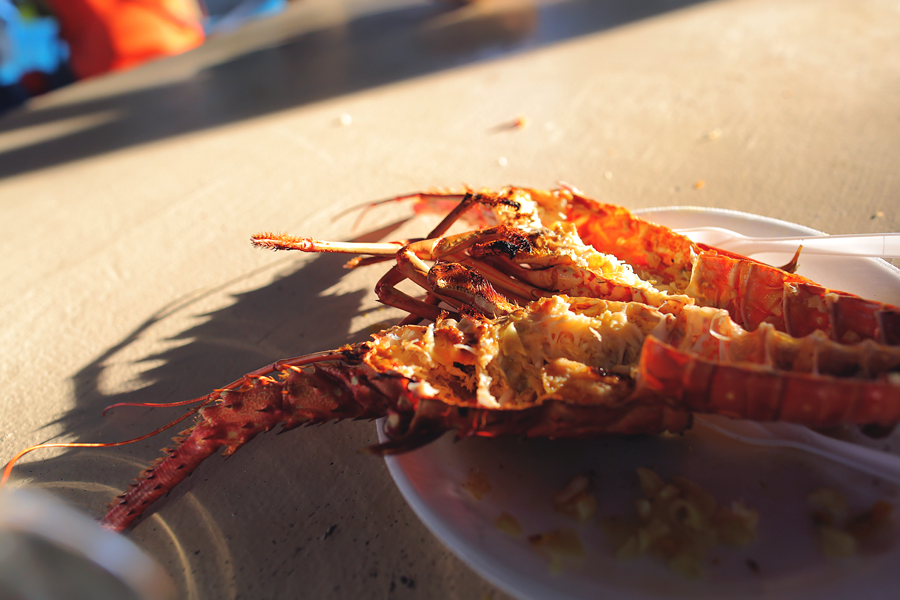 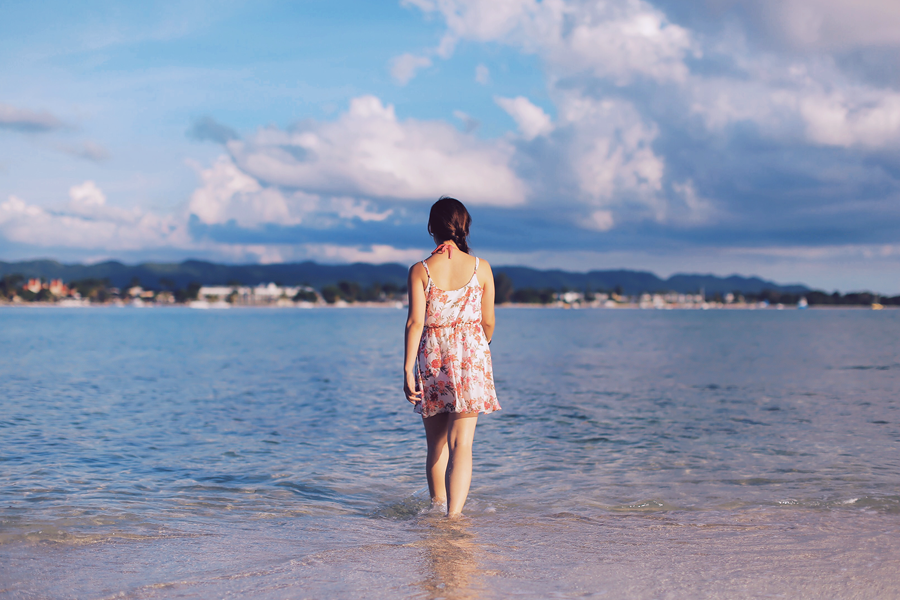 My man here is 3 years old. We sort of got bum rushed by his uncle at the beach. I told him I only had $4 to my name and he said he could roll a joint for me, which sounded like a pretty fair trade. We went to his house and I sat facing the ocean while the kids just gazed in curiosity. Weed seemed all too comfortable for them but slanted eyes just looked flat out weird. 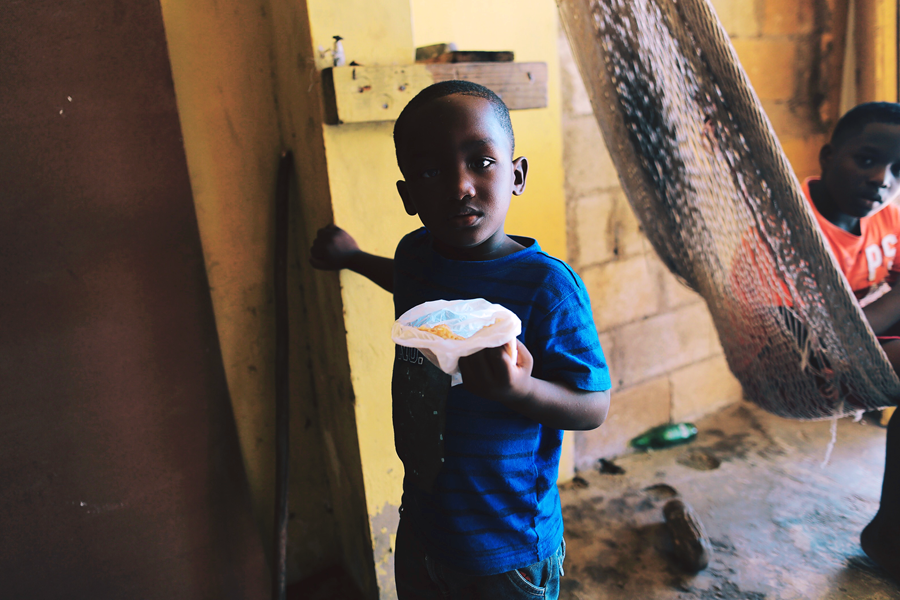 By this time, Rasta Jerry knew I had some sort of a interest in weed, even though truthfully I hardly ever touch the stuff. Early next morning, he took us to see Nicholas’s private marijuana farm to scope this young man’s operations. 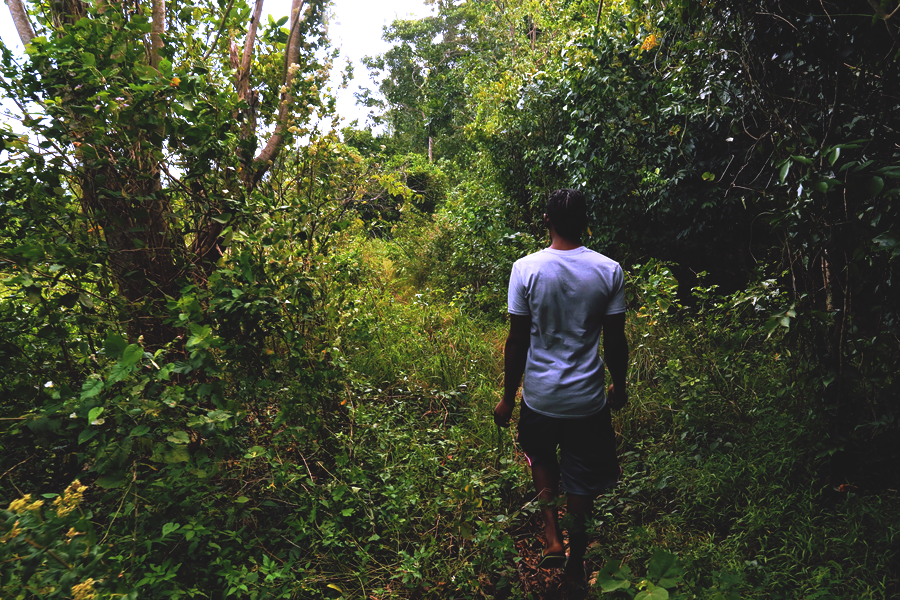 This is natural sunlit grown Jamaican purple kush. It’s in its infancy still but should be ready in a couple of months. 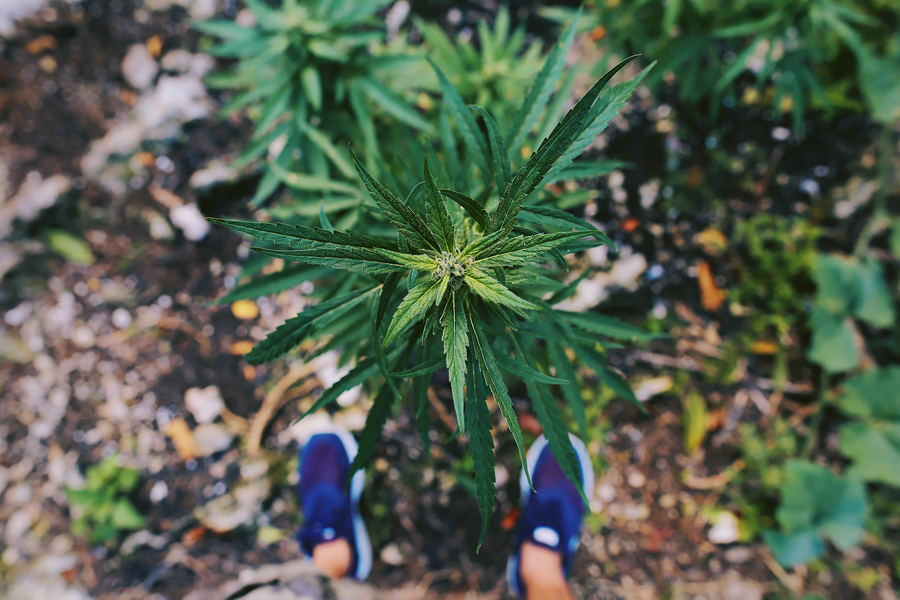 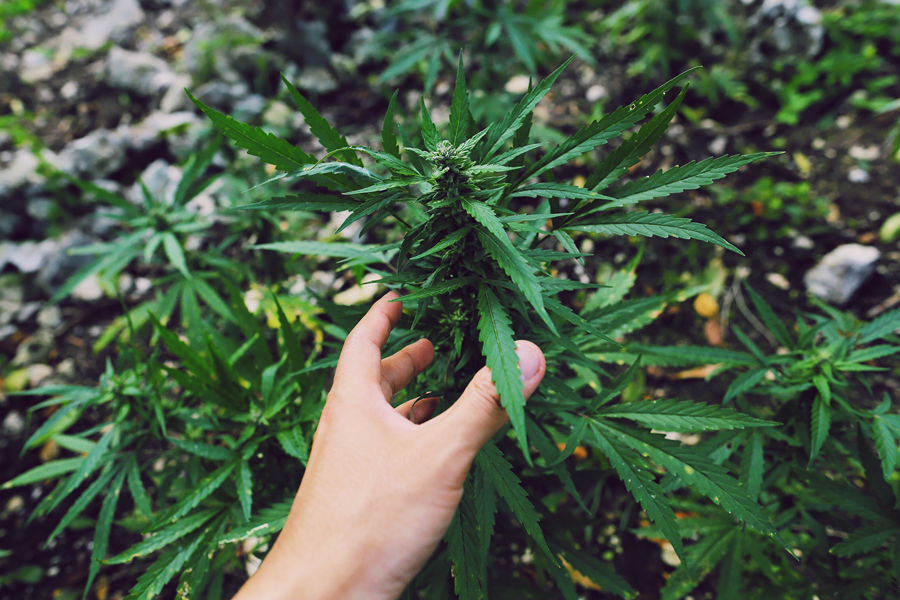 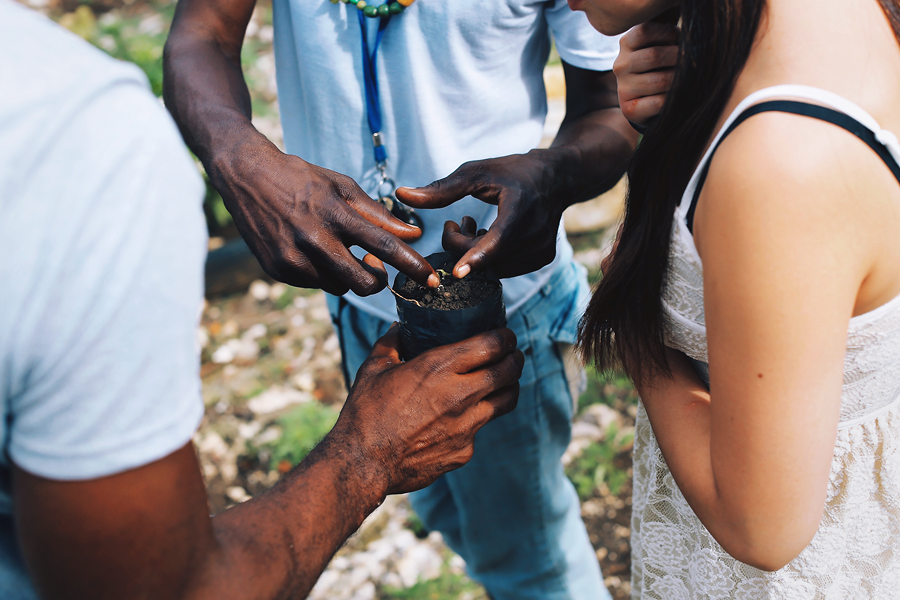 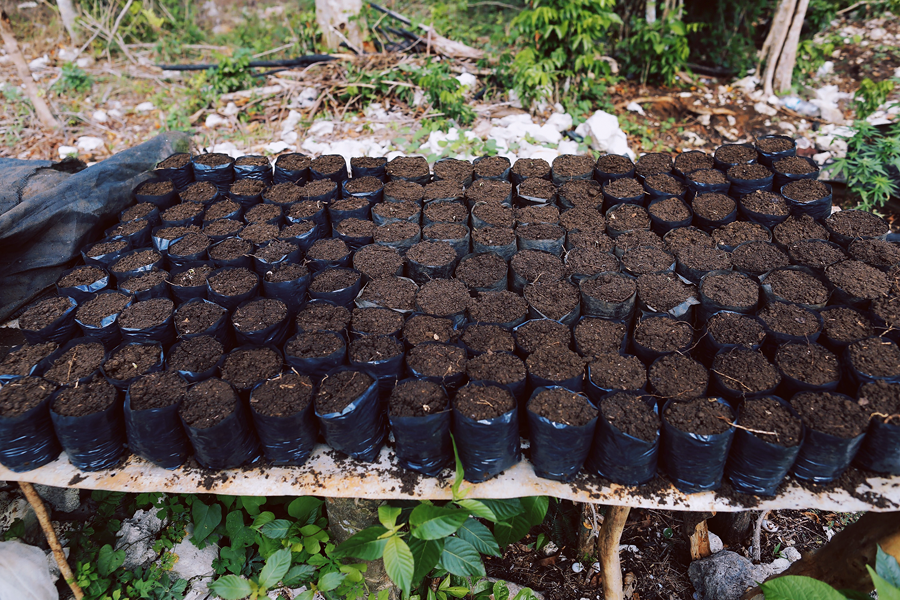 Nicholas’s farm was sort of a start up which was conceived a couple of seasons ago. He advised me that this wasn’t about maximizing profit but more so to have a balance of smoking his own personal product while earning a small income for his family. I personally had a hard time detaching myself from the taboos that the world has placed on marijuana. In my eyes, this was a total illegal operation that earned you months of jail time. In their eyes, all they were doing was watering plants just like you would do in any farm. It’s so interesting how smoking and even drinking is so normal here. Even with that, Jamaicans live well past a 100 years old. It just shows that good dieting on nature foods is really the key to a long and healthy life. 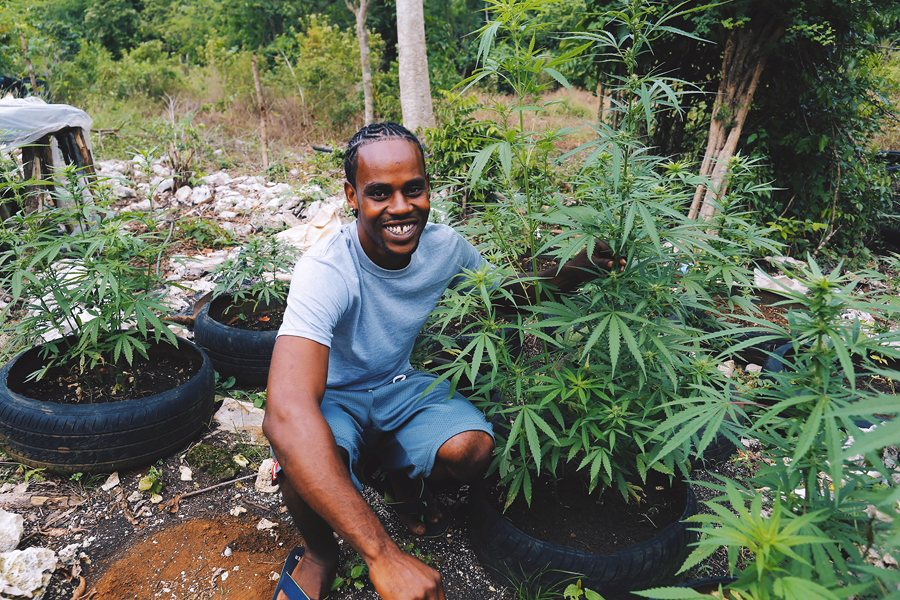 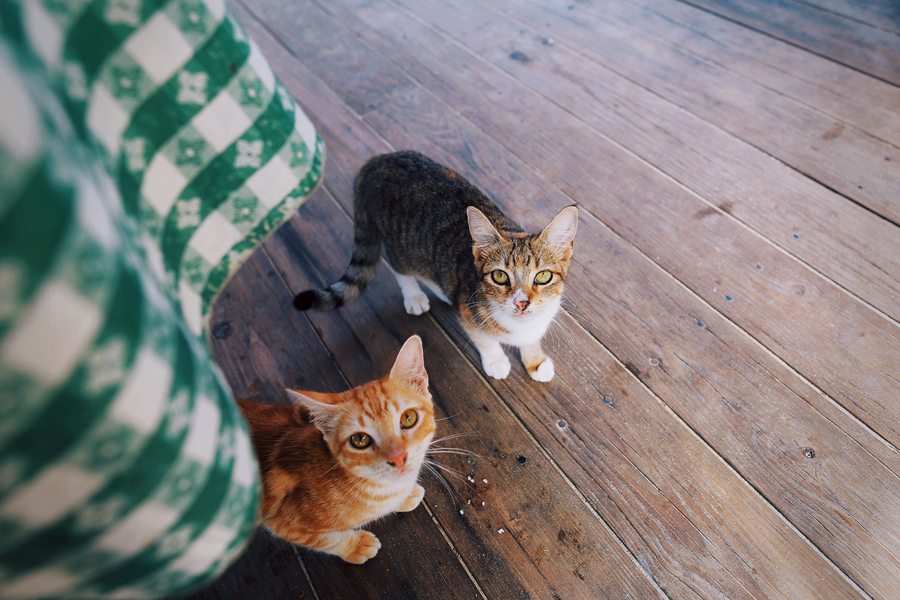 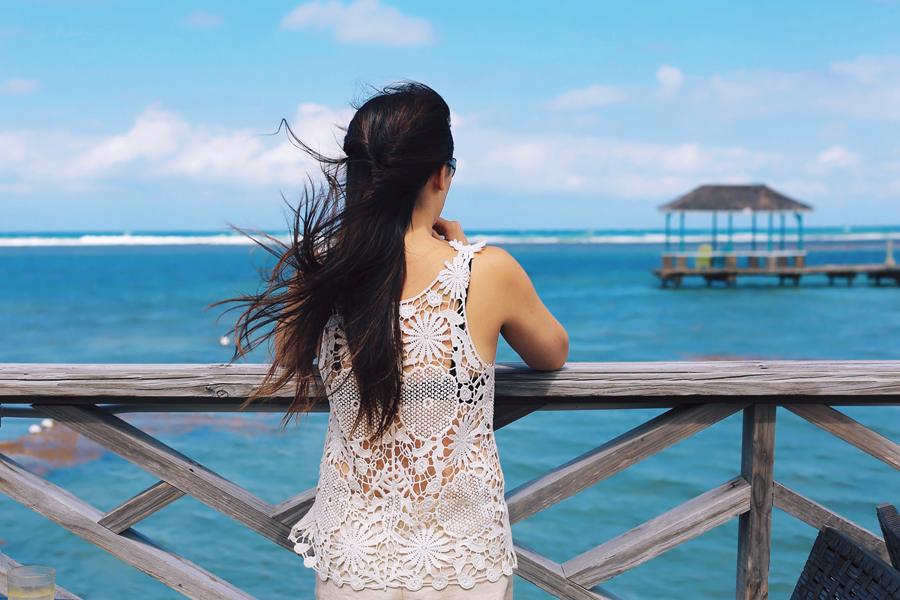 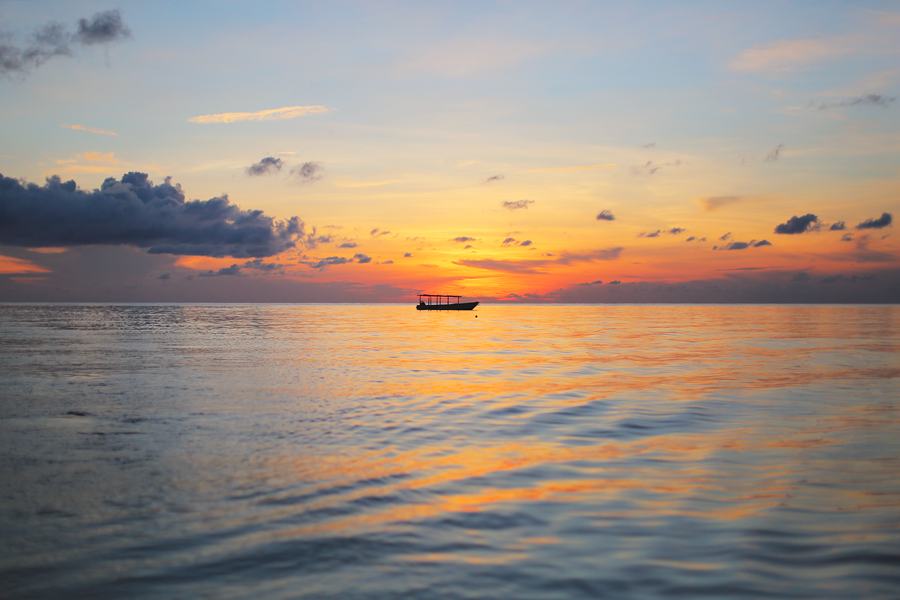 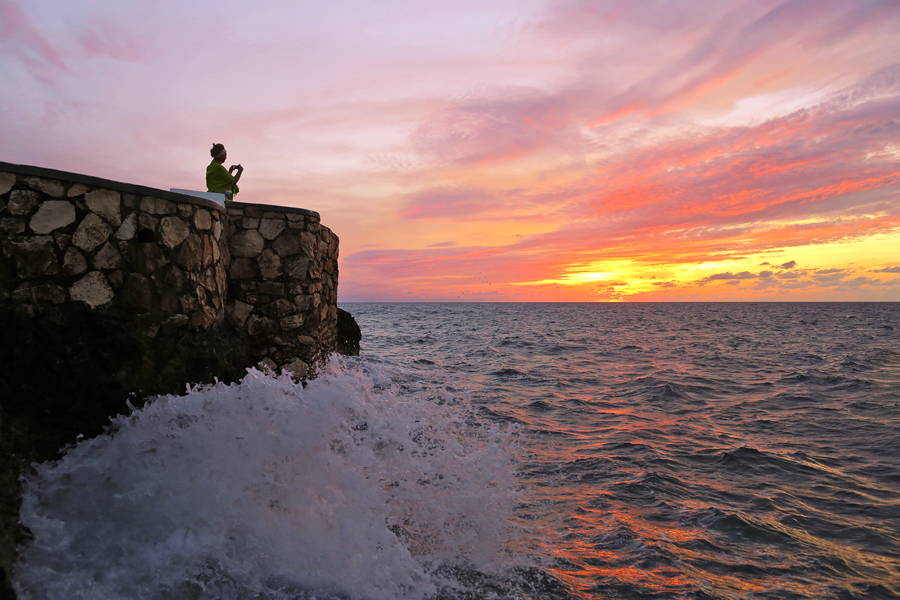 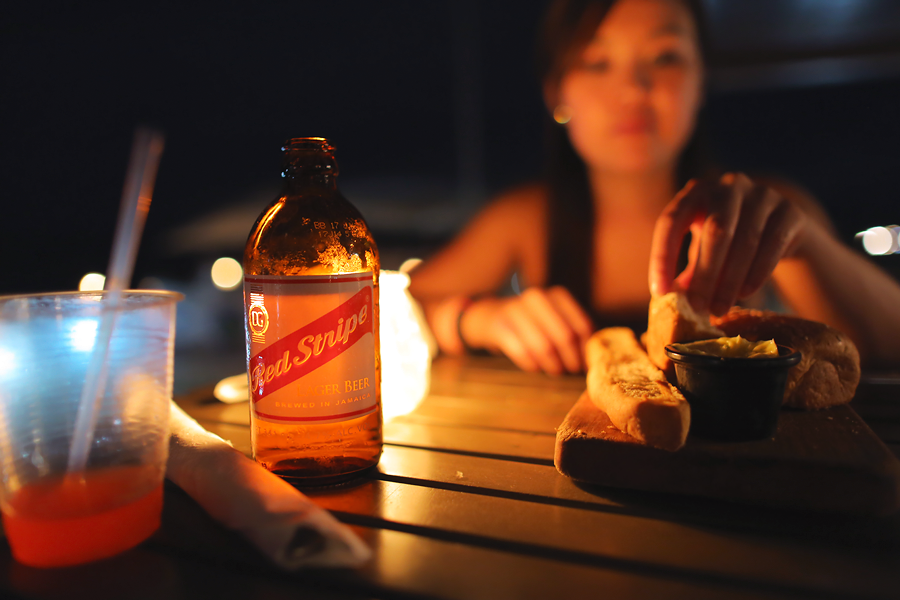 No haste. Words I will never forget. I was constantly reminded of that when being here. I live in a city that has trained my mind to always maximize your time. I had to reset that and just live slowly for once. 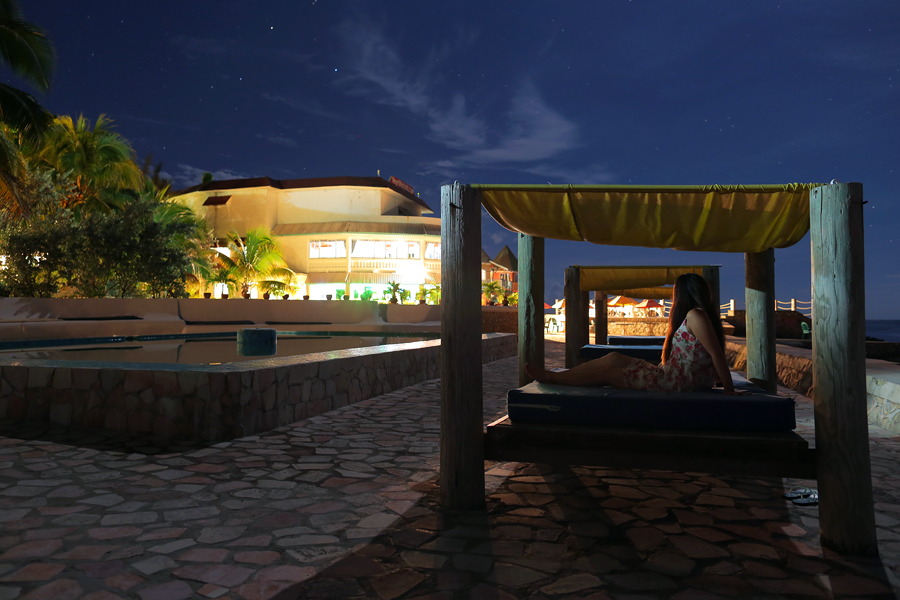 When in Rome. You almost have to out here. Even as I entered my resort, the person carrying my bags ask if I smoked. I had to deny 3 people before I just said… Fuck it! I am on vacation! 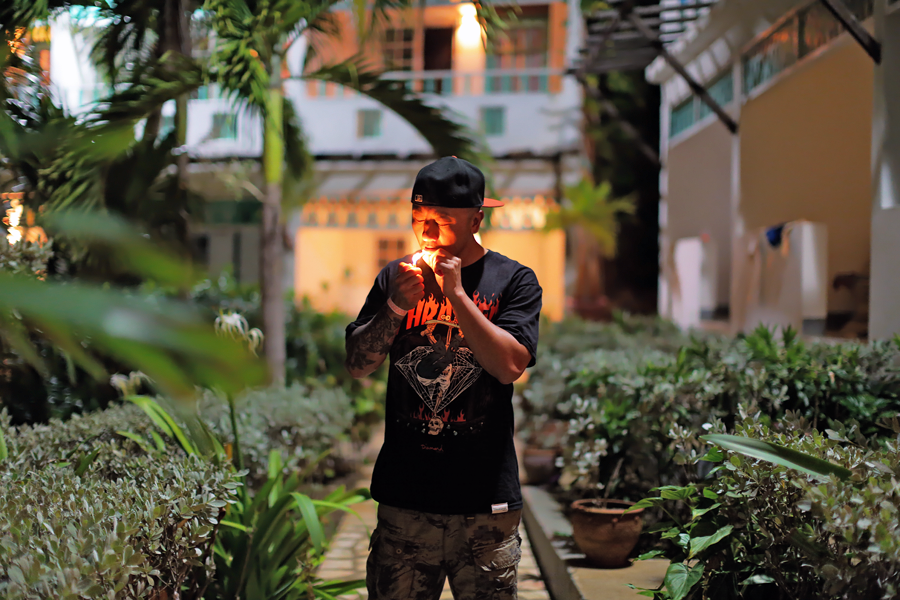 Phoebe Lovatt
There are holidays and there are journeys – travel that offers a week’s respite from your monotonous to-do list, and travel that changes the way you think about life. My recent trip to Jamaica fell...
HIDE COMMENTS