It's Ranking Time :: A Definitive Ranking of the Coolest Power Rangers

Whether you’re a fan of the OG series, or the Japanese show that it was adapted from—Mighty Morphin’ Power Rangers is one of the most influential television shows of the 1990s. In celebration of the new Power Rangers movie, we ranked the best Power Rangers from the ’90s and beyond.

There’s nothing like a stroll down nostalgia lane… especially when it involves tight spandex neon ensembles. When you were growing up, you parents always complained about Power Rangers being too violent, but guess what? You’re a big kid now– no rules 2017, y’all. Here’s our definitive ranking of the 10 coolest Power Rangers throughout the years… plus one decidedly very uncool one.

Don’t even try to tell us Tommy isn’t woke. The quintessential bad boy turned good, Tommy is a case study of a tired trope, but we love him so. Tommy’s got an edge and he doesn’t care who knows it. A prolific character in the Power Rangers universe, Tommy is considered by many to be one of the most formidable power rangers. He is essentially a five-in-one ranger, having spent other lives as the Green, White, Zeo V-red, Turbo Red, and Dino Thunder Black Ranger.

The Power Rangers first hit the scene on August 28, 1993, and the leader of the OG pack was none other than Jason Lee Scott. This unmesswithable commander-in-chief led the prismatic team through thick and thin over the course of several seasons. Jason’s cool because as well as being a badass, he showed us that heroes are still, in fact, are very human and can be fragile on the inside despite megazord-extreme-however-many-syllable superpowers.

In this incarnation of Power Rangers, the team is led by the pink ranger, Jen Scott. We’ll go ahead and overlook that ridiculous heart on her costume because outside of the gendered outfit, her character doesn’t play in to the whole girly girl thing, which we can wholly appreciate. For a show heavily marketed to young boys, it was refreshing to see a young lady in a leadership role. With the unrelenting fury of her powers and ability to keep cool under pressure, all we can say is if you’re a bad guy, you’re on the wrong side of the law, bro.

The first ranger to ever die, Kendrix is memorable because she was willing to sacrifice her life for the greater good. After this incident, the pink ranger was absent for four seasons. In retrospect, a lot of Power Rangers episodes delve into real Black Mirror / dystopia territory. Who would have ever imagined a main character in a profitable and beloved children’s show would die? Bandai went little darker on this martyr making ep for sure—sorry kiddies!

Trey and Jason  as the Gold Zeo Ranger

The Gold Ranger, not unlike Tuxedo Mask, was the guy that was always there when you needed him most… plus, check out that sick outfit. The Metropolis vibes in Power Rangers Zeo is real. The gold ranger was played by two different characters and both displayed top notch martial arts that had lots of us trying to replicate on the playground as youngins. Oh, youth!

Ohhhh boy, remember the episode (it was ep. 690 or the 22nd episode of the 17th season) where all the men fell asleep as a direct result of a chemical attack and the women were left to pick up the pieces? That was A Thing. For being the sole reason why men are still around in the series, we have to offer up mad props to Summer for laying things out—it’s always weird when women are pitted against one another.

Zhane as the Silver Space Ranger

First of all, dude’s name is Zhane. Secondly, his special power is telekinesis and he was born on a planet called KO-35. How cool is it that all Zhane had to do to morph was to clumsily punch a couple buttons on his Blackberry and boom? #TECHNOLOGY

Check out that snappy leather jacket… this bad boy ex-con with a gnarly case of amnesia certainly fits his color on the inside. Rough around the edges, you can tell by the heavy metal music (and his aggressive grunts) while he’s in morphin’ mode that homeboy is not playing around.

Do you need any more convincing? 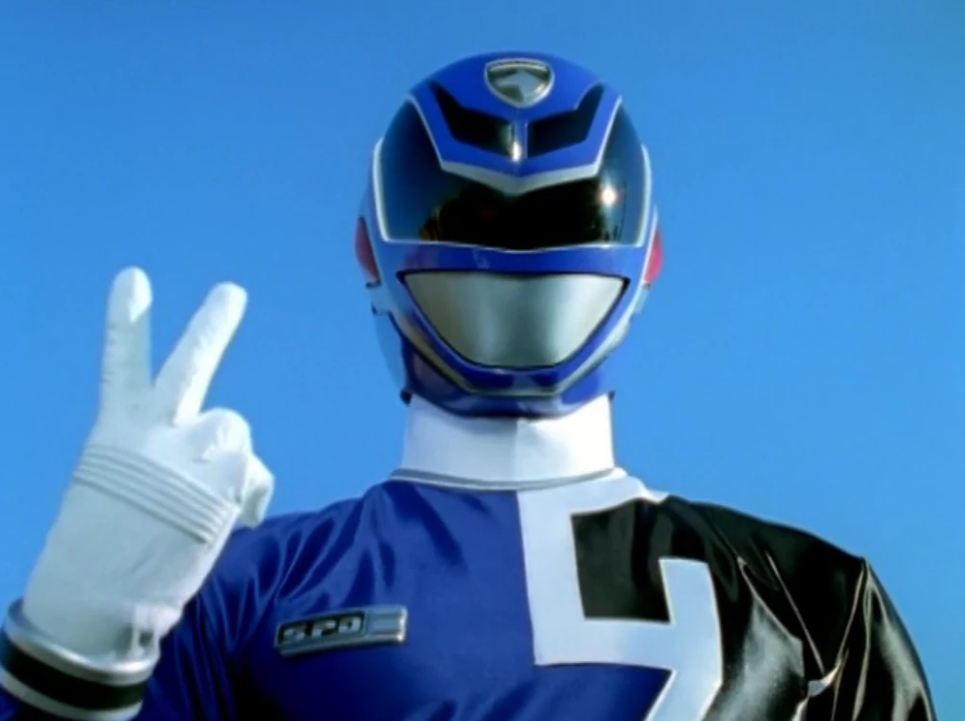 Dude took things way too far with that samurai sword, and we’re putting him decidedly last on this list. Not cool, man, so not cool. Chona Kasinger
We run down 7 of the rarest video games that you will ever come across.

Justin Davis
From the arcades to the worldwide stage, competitive Fighting Games are breaking through the glass ceiling. But is the community ready?
HIDE COMMENTS