Our favorite part about LA is the diversity and intersection of global cultures. It’s reflected in Bobby Hundreds’ hand-drawn graphic for this collaboration. Bobby said his favorite part of living in Los angeles is not just the diversity among races, cultures, interests, and talents, but what blossoms from those worlds colliding. Dumbfoundead (@dumbfoundead) and Kitty (@areyoukitty) embody those ideals. Dumbfoundead is a Korean-American immigrant from Argentina and Kitty was born in LA but grew up in Africa. This is what they say about LA. 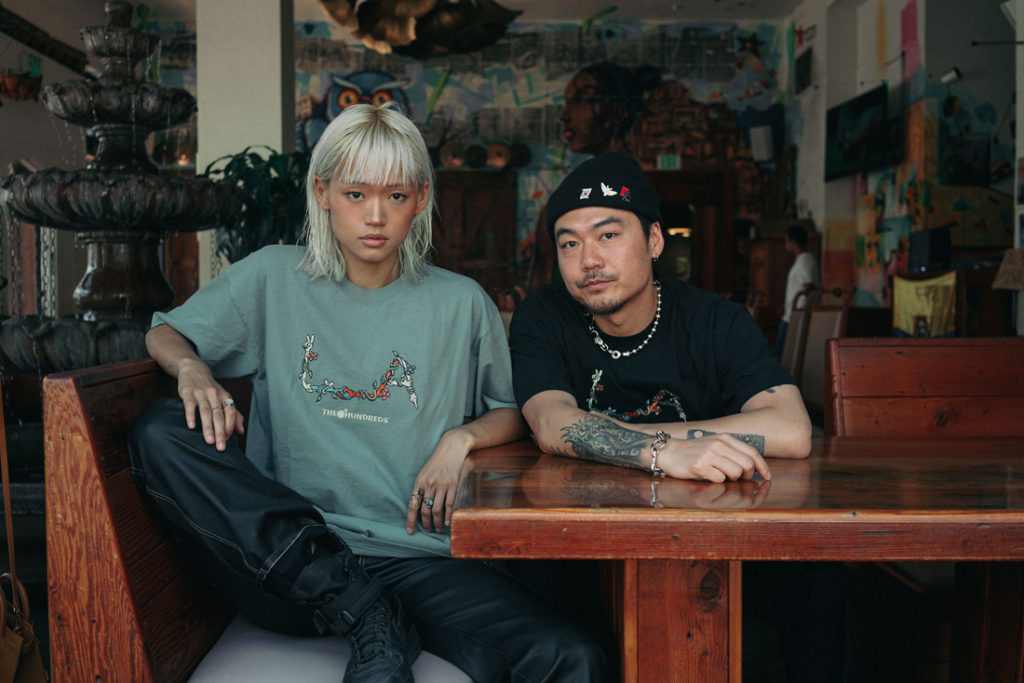 Dumbfoundead: “Well, I came here [from Argentina] when I was three. My mom carried me and my little sister across the Mexican border with coyotes. I only know the experience through the stories she told me. She said she was very scared. She was definitely the only Asian with two Asian babies crossing the border. But when I was growing up in Los Angeles, it was Spanish and Korean in the household. I remember growing up on Spanish TV early on.”

Kitty: “It was weird because when I came here [from Africa] I grew up brushing my teeth with a stick. I grew up in a village, you know… And I moved here and everything was different in LA. Almost a hustle. Every day is a hustle with yourself, if that makes sense. Everyone’s trying to make it out here in LA. Which is a hard thing and a good thing.” 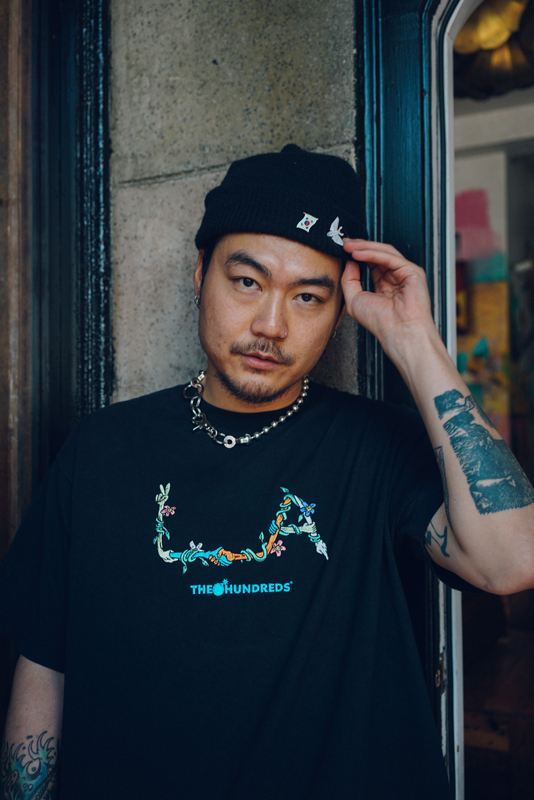 Dumbfoundead: “LA is not necessarily like San Francisco where everyone is really well mixed in like a melting pot. We’re more like small sections of diversity. An area that’s like, all Latino, all Korean, all Bangladeshi, all these different areas. It kind of makes it really cool too. It almost makes it like a full on different country in each area. So I do think it’s a different experience of diversity.”

“If you really look deep into Los Angeles you’re going to find your culture.” 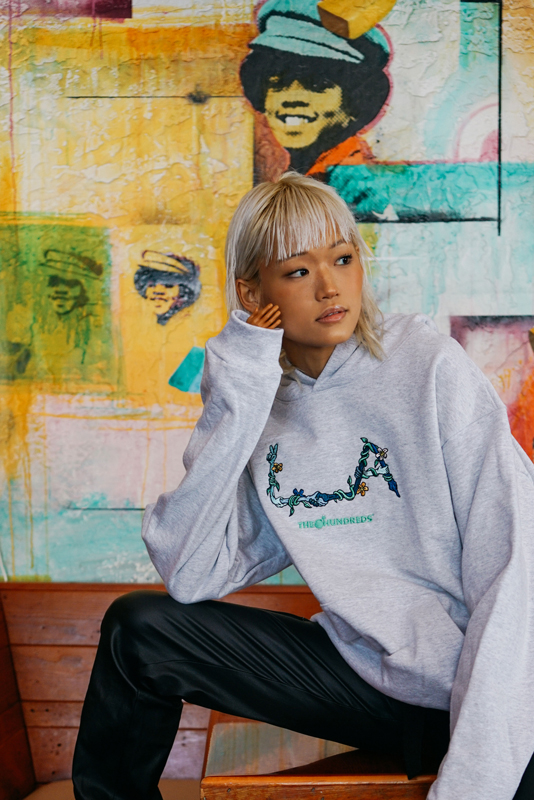 Kitty: “Every culture is here and you can be anything you want here. You don’t have to be afraid of being gay, trans, or whatever you are. You’re home. You know, no one’s going to fuck around with you. That’s like an LA thing.”

Dumbfoundead: “People always get LA and Hollywood confused. Hollywood is the perception of what people think LA is. ‘Hollywood’ meaning not the distinct area of it, but the mentality of it. So, if you really look deep into Los Angeles you’re going to find your culture. There’s subcultures of all kinds with art and music. But if you look at LA with a Hollywood perception, you’re just gonna get the same things: Starbucks and little malteses hanging out of purses. UGG boots. It’s always LA versus Hollywood. LA is a whole ‘nother thing.” 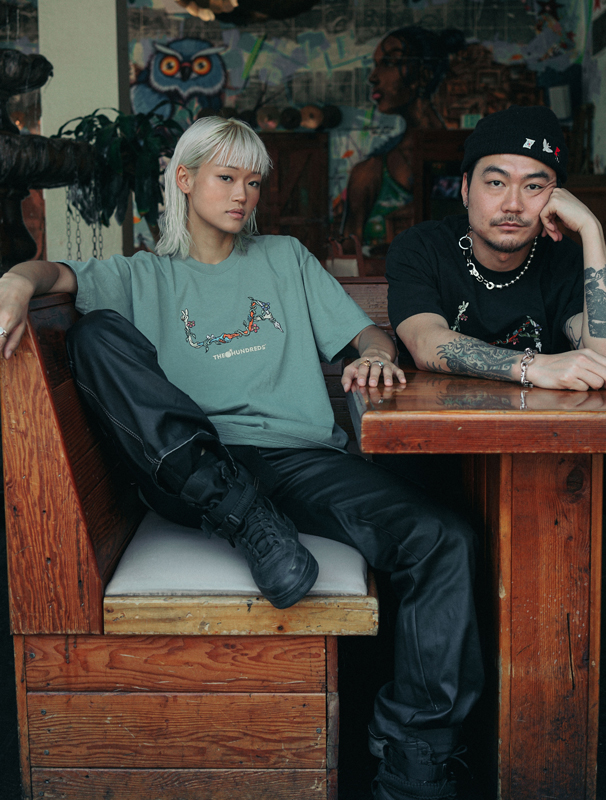 Dumbfoundead: “I don’t think that many people would feel like an outsider here.”

Kitty: “No! Exactly. You can be from like, Kentucky and be the most colorful fruity pebble person and you can be home in LA.” 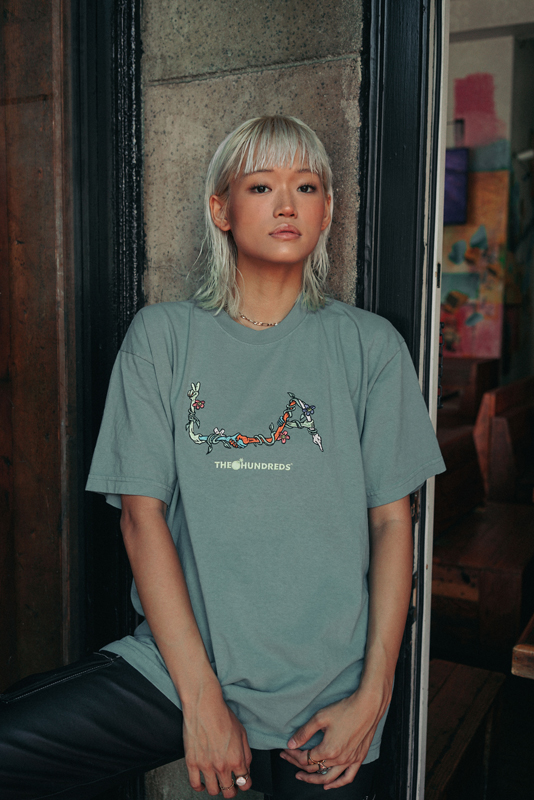 Dumbfoundead: “Koreatown is definitely like, central central Los Angeles. This is right in the middle of it all. Everyone has to kind of pass through this place. The culture here, more than getting gentrified, I feel like it’s generations of businesses getting handed down from generation to generation, you know what I mean? So it’s like... if there’s a new hip restaurant or whatever, it’s like a young Korean dude or somebody that started it. So I do like that element. There’s that element of us holding on to the culture and people just loving it for what it is. They don’t want to push it out. You can still have a restaurant that has menus in all Korean but white people will still come, you know? They’ll just try to find that one Korean friend plug. [laughs]”

LA Original is a program developed by the Mayor’s Fund for Los Angeles to cultivate the growing talent and entrepreneurship that calls LA home. With the aim to show that Los Angeles is a place where creativity thrives, LA Original has collaborated with artists and creators from Jen Stark to Anwar Carrots and Geoff McFetridge. All proceeds from the project received by the Fund supports the Downtown Women’s Center’s “Made by DWC” program, which teaches job training and maker skills to LA women transitioning out of homelessness.

LA Original is working to help nurture and define what we at The Hundreds like to call Los Angeles Lifestyle. Our co-founder Bobby Hundreds writes, “Los Angeles Lifestyle is reflective of the city itself, culturally diverse and subculturally variegated. The beauty of California Culture is that it is global culture. It’s EVERYBODY’s culture. Skateboarding is rooted here, streetwear started here, and we started here. But all of those didn’t just stay here, stuck in one place, it actually went on to belong to the world.” Together, we hope to spread this message about our city’s culture of dreamers, whose creativity has the potential to spread across the globe.