Joshton Peas and Anwar Carrots make up two-thirds of cult-garnering Streetwear label, Peas & Carrots Intl. You might recall the dynamic duo from this, this or perhaps even this. Or maybe you know them from having collaborated with Odd Future, Fool’s Gold, US Alteration, Crooks & Castles, Diamond Supply, and even us. But today we’re veering courses and setting our sights on getting up to speed with the behind-the-scenes of PNCINTL, Josh and Anwar’s motivations behind masterminding the brand, and the elaborate, byzantinesque music-fashion tango. No pressure, guys…

So on that concise note, I’ll have the boys take it away from here: 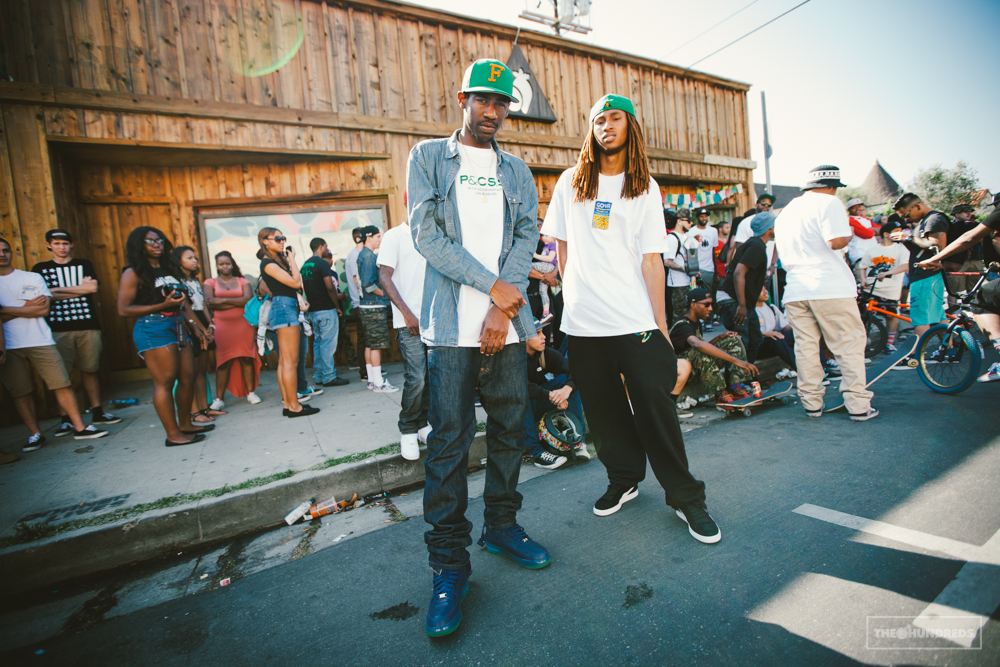 What is Peas & Carrots?
Anwar: Peas and Carrots is a living and growing lifestyle brand which started in high school back in 2007 with me and Josh

Josh: The purpose behind starting it was to do something positive. As kids growing up in LA, there’s a lot of shit you can do and get into. We just wanted to see cool shit.

What attracted you guys to pursue Streetwear?
Anwar: We all got different perspectives on it. For me, coming from the Virgin Islands, I always just liked different style clothing. I was on La Brea one day after school when I was fifteen, just by myself walking down the street, and I saw this store Union. It was Union that got me into Streetwear. There was this brand I saw for the first time there, Rogue Status. This was when one of their hoodies was like $200, with the black-on-orange, all-over gun print. I saw that shit and was like, “Yo, this shit is hard.” I brought my dad in there one time and he’s like, “Oh, this is tight.” And it just went from that. I saw that and other brands, and eventually ended up working for them. So, yeah, I went from being a consumer.

Josh: I mean, I guess it started kind of the same way for me. I was on the Internet heavy and I used to see shit like cool t-shirts and cool brands that everyone wasn’t necessarily wearing, but stuff that I just liked. So I kind of found out about different brands through there, as well as through stores in LA.

Even skate culture, too, ’cause I feel like around that time it was going more underground, and becoming more about the independent skater and the independent brands. So I feel like seeing that shit around me and seeing that on Fairfax and being around it, that kind of got me into it. I just liked that aesthetic. Like they’re mad independent with their shit, and it’s something you can take over to hip hop and life in general. 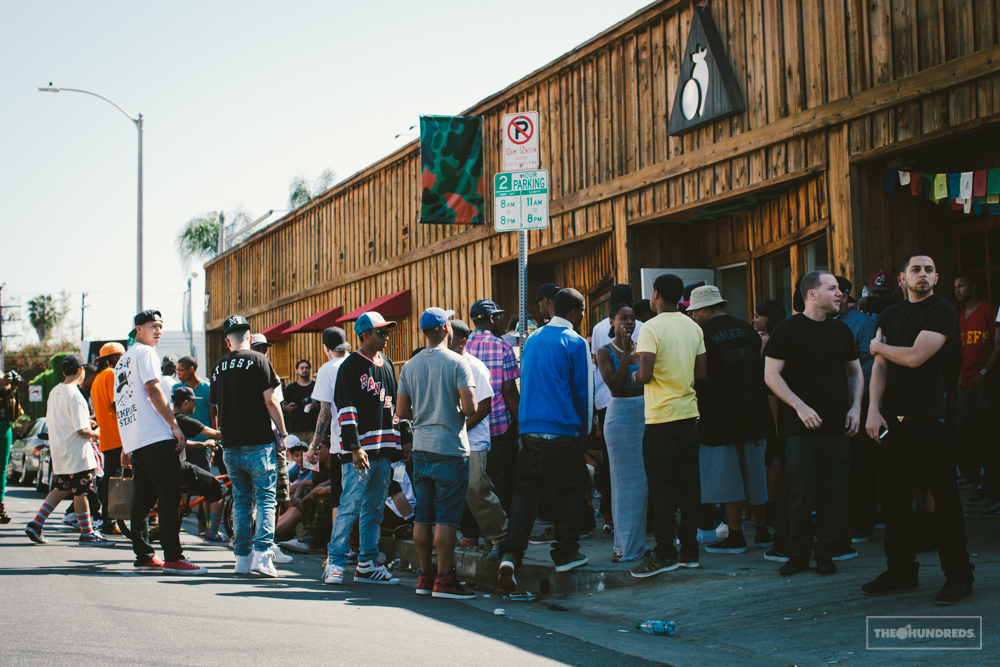 Your line, despite being so exclusive, is quite fairly priced. Was it important for you guys to make the line affordable?

Anwar: Definitely. Going to Union and seeing Bape for the first time and stuff like that, I always felt like it was too expensive for me as a kid. But that aesthetic—just keeping it limited, exclusive to certain stores, etc.—is being just, I don’t even think it’s being elitist, but just being smart and strategic with what you want to do and where you want to place your stuff. I just found that shit cool.

Josh: I just like it that it’s affordable because it just makes sense. Kids are the consumers. Kids are the future. Kids need to buy this shit. So they need to be the ones pushing it and pushing the culture period, so I want them to wear it. And that’s why I want it to be affordable.

Anwar: We want everyone to wear our stuff—young or old, black or white.

What influences you guys creatively?

Anwar: I’d say the everyday, friends, politics, what we talk about, who we might see, traveling, past brands I used to wear, past eras, music. Especially with Casey’s music, it’s a great influence on what we do because it’s already there. It’s in-house, so we can just pull from that.

Josh: I think it’s a lot more like a lifestyle, which Anwar touched on a lot. The lifestyle we live is such a fast-paced lifestyle, so we just soak everything in and we take different inspirations from different places. We try and just soak it all up. 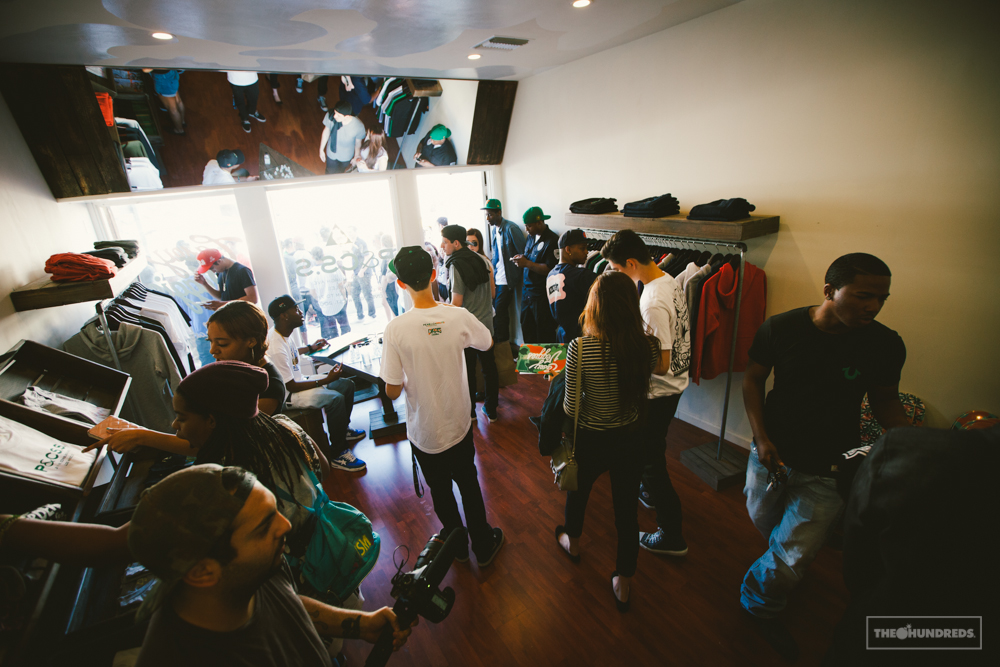 Was the opening of the Peas & Carrots brick + mortar a venture that was a long time coming?

Anwar: We saw it before, in our minds, plenty of times. I saw it as far back as when I was 17. It was right in front of my face.

Josh: I mean, why wouldn’t we?

Josh: It depends on what part of the spectrum you’re at. I feel like it’s almost lazy for the fashion to inspire the music, ’cause like, if you’re a musician talking about fashion, a lot of the times it’s like, “What are you talking about?” But then again, when I see fashion designers getting inspiration from music, I love that shit. It’s just dope. It makes sense. As people, we’re listening to music everyday, so we should all be taking pieces of the message and applying it to some part of our life. 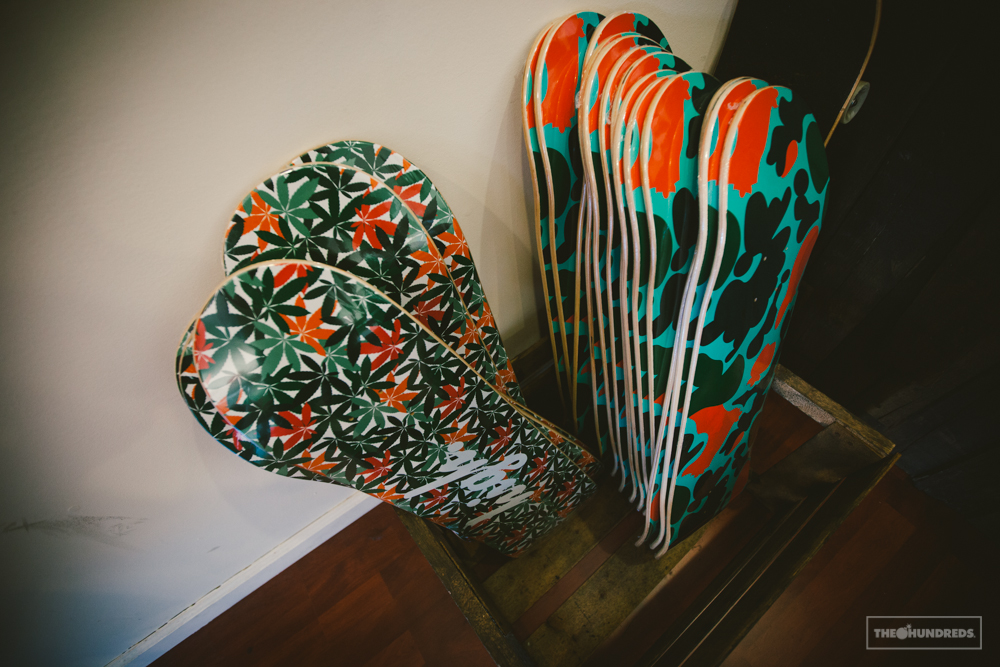 What inspired you to reach out and collaborate with the brands you did for the opening of your store?

Anwar: Like we said, we saw it. That’s who we grew up around everyday after school. We bought this stuff. We lived it. It just made sense.

Josh: Yeah, a lot of those brands are just brands we grew up on. Like SSUR, The Hundreds, Crooks and Castles, those are brands we saw and we just loved and always supported. They built this industry down there, at and around The Block. So this was our way to pay homage.

Tell me about your recent collaboration with The Hundreds?

Anwar: Honestly, I just felt like it was an iconic design, and we’ve already played with designs before with the music side of things. Casey, for one of his LA shows, we had this whole neon set-up on stage. So we kind of drew inspiration from that into the design. But, I mean, the Adam Bomb is just classic. That shit is dope. So we just had to flip that some type of way. 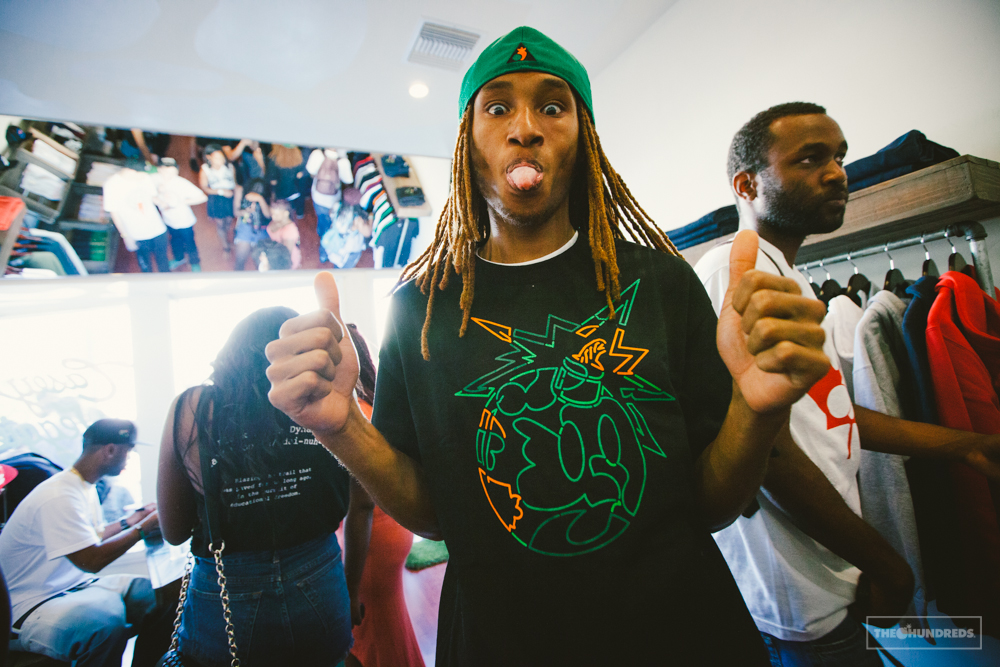 Josh Peas Interviews Anwar Carrots About Growing Up in Fairfax's Early Streetwear Scene, Getting Fired, and Starting His Own Brand

Josh Peas
Josh Peas and Anwar Carrots have been friends for over 10 years, once creative partners navigating the LA streetwear scene with Peas & Carrots Intl. Here, they catch up and discuss the early Fa...
HIDE COMMENTS