Seeing loud and energetic pieces pull up on gleaming metal trains is a rare sight in the US nowadays. While painting trains is a concept born in The Bronx, these days it’s more ubiquitous in Europe and other countries outside the States. There are some heads still putting in low-key work here in the States, but most writers keep their flicks close and away from prying public eyes, since laws can be draconian and repercussions severe. Occasionally people post their own work online, but generally the scene is kept pretty quiet.

And then there’s Emo, a writer from New Jersey, who’s brazenly getting over. He’s been crushing trains all over the Metro area in the past couple years, spanning Philly, Jersey, and New York; and he’s posting most of it on the Gram for all to see. His work is crispy too—full of bold colors and clean lines, shining deep in the tunnels and glowing in yards. 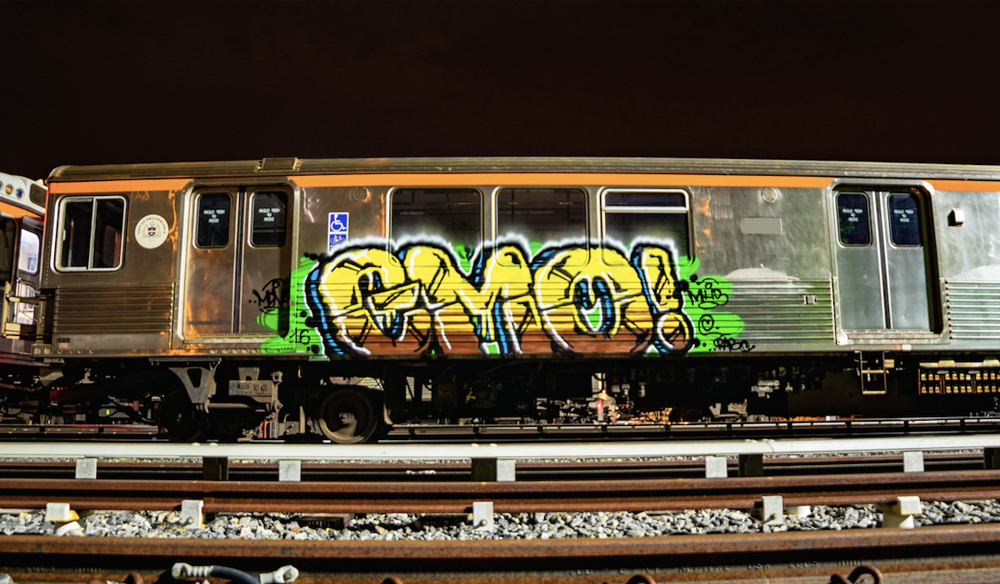 It’s nothing new for him though—he’s been going in since the late ‘90s, although he took a pretty long break. It is, however, a very different game now, with heightened security, internet fame, and high-pressure paints. “Seeing older cats coming up, like whole cars by Klas is what inspired me; these flicks of whole-car, top-to-bottom PATH trains,” he recalls. “People like Rime and Nace were in their prime. That was the golden era. Jersey writers had their own style, it was a consistent battle seeing who could do the craziest thing.”

Back then, the trains might run for a couple days if the windows weren’t covered. When Emo started hitting trains in the mid ‘90s, he began with small tags and stickers. Legal walls had never really appealed to him, and he didn’t even get into piecing until his discovery of freights. Those quiet, expansive yards of endless metal were where he decided to get into more detailed styles, since painting throwies in a freight yard didn’t make sense to him. 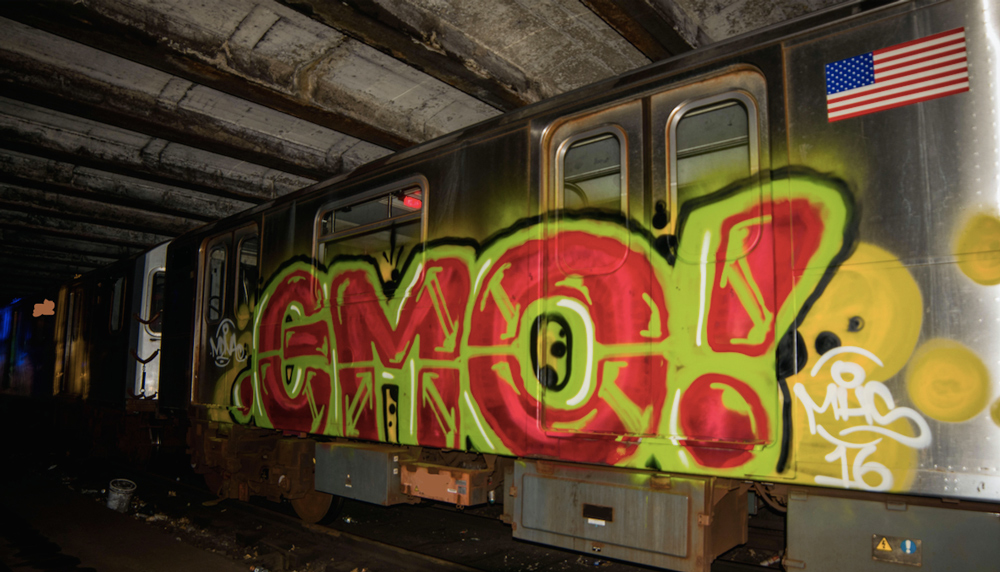 In addition to the famous Jersey writers of the ‘90s, he was also inspired by scenes in his previous hometowns. His parents emigrated from Eastern Europe to escape Communism and originally came to Brooklyn when he was in elementary school. Seeing graffiti everywhere in New York stayed with him; he wanted to see walls in Jersey painted just as heavy. He’d make annual trips back to Europe as well, where graffiti on trains actually run for weeks and sometimes months, pulling into stations and traveling around cities and countries.

A lot of older writers in New York quit after the city began cracking down on the subways in the late ‘80s, saying the only real graffiti is on trains. A smaller but dedicated collection of locals kept doing the thing through the ‘90s, but by the early 2000s it was largely dead, Jersey included. The infamous case against Ket felt like a final act for the whole scene. When trains do get hit here now, it’s usually out-of-towners taking a spraycation to catch wreck on the New York City subway system that inspired the world. 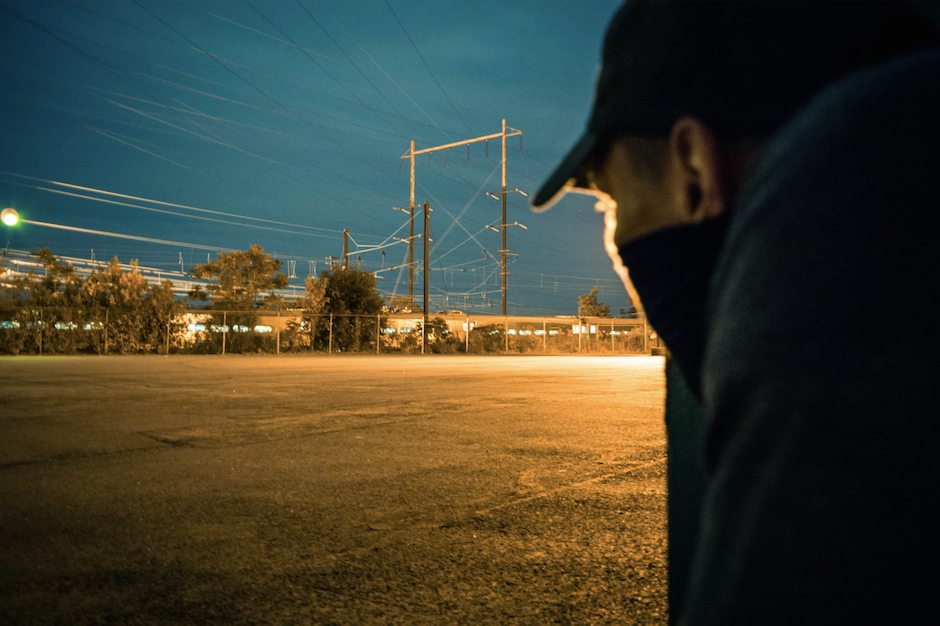 In the New York area, trains with paint on them are taken out of service immediately, and finding safe ways to paint them is increasingly difficult. The longest he’s ever had a panel run was three days, and that was exceptional. Figuring out how to hit a spot can take longer than that. “It’s always hot nowadays,” Emo explains. “You got sensors, cameras, security. It’s a game of cat and mouse. You have to watch the spots and do recon. We’ll watch a spot all night sometimes and not even paint just to see how everything operates.” He found most of their spots on his own with his team (he pushes the MHS, RAB, and MD crews). People are reluctant to share their spots because they don’t want them to get noticed. He’s spent weeks looking for the right place to paint. With fines in the tens of thousands and months of jail time as penalties, they leave as little to chance as possible.

“It takes dedication. People think it’s easy to hit a train, but it takes a lot of effort to even figure out where to paint without getting caught. There’s just too much at risk to not be careful. And when you actually paint, it’s just a quick rush, because you’re in and out in like 10-20 minutes.”

He uses high-pressure European paint with extra-wide caps, filling his pieces in with a can in each hand and even painting the outlines with a fat cap. Every little trick you can think of to be in-and-out as fast as possible. But even with all that planning and precaution, something can always go wrong. 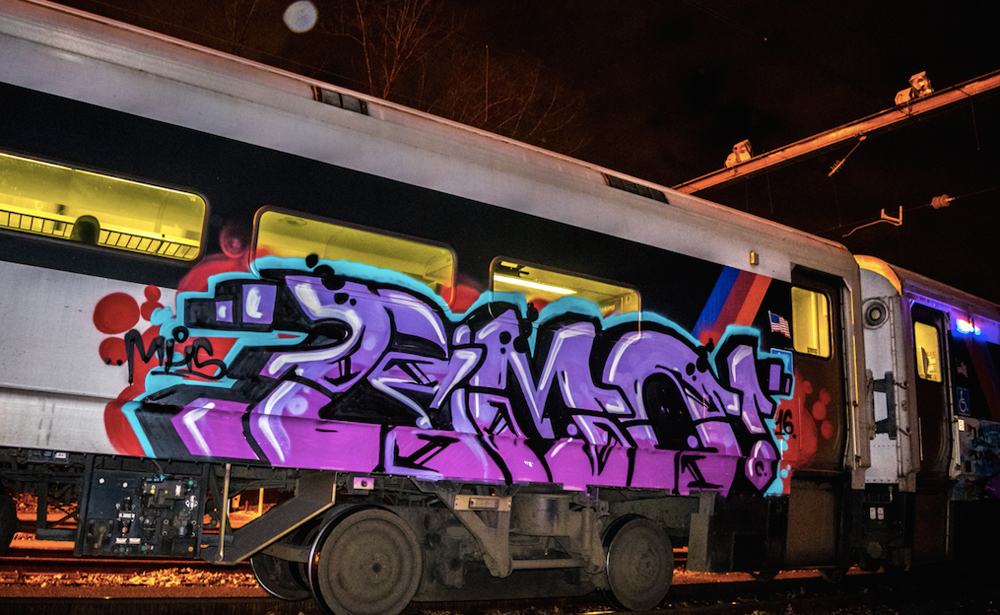 On one mission, he was ran down by security guards while deep in a yard with multiple rows of fences topped with razor wire. They had cut two holes to get in and another as an escape route. As an extra measure, they even barricaded entrances with railroad ties so security would have to get out of their cars and move them to get in. “Everyone scattered and went their own direction,” he remembers. “It was pretty hectic; you’re like in the middle of nowhere, surrounded by barbed wire with people and security coming from all around trying to get you.” He says they shut down all the local lines that night as authorities tried to figure out who exactly was in the yards and what they were doing there.

His crew mates are going to release a video soon with footage from Jersey as well as their international exploits. They have a few more trains to hit, but it’s soon to come, he says. Afterwards, Emo would like to travel to Europe and paint trains there himself: “I want to rep Jersey globally. And I want to see my trains actually running. That’s the essence of graffiti right there.”