We had a chance to chat briefly with Dom Kennedy on Rosewood and Fairfax where The Hundreds Los Angeles is located. This Friday, he’ll be there at 7909 Rosewood Ave. for an in-store signing and exclusive release of the T-shirt he’s wearing in the images below.

To be one of the most consistent musicians in an emerging musical metropolis like Los Angeles is not a quest for the faint of heart. Since the release of 2007’s summer classic 25th Hour, Leimert Park native Dom Kennedy has been one of the most reliable artists in the West Coast scene, regularly supplying the city of palm trees with  memorable material for the season that best represents the LA lifestyle. One thing fans of the streetwear legend have always been able to say even from his mixtape days is that with each release, Dom just gets better and better. He contributed heavily to the music industry’s shift of focus towards the West Coast. Spanning the career of many younger LA rappers in the new generation, Dom has parlayed his skills into providing a major spotlight on the LA scene with appearances at Rock the Bells and Paid Dues.

After proving his marketability as a independent rapper with 2013’s Get Home Safely on his OPM label,Dom has followed up with a his new self-titled release By Dom Kennedy (available now) which many critics are already heralding as the album of the summer. “Thank u to all the people that pre ordered the album forever grateful by your show of faith,” he wrote on Twitter. “Had a lot of time to figure out how I was gonna market this album decided instead to just make better rap songs. Play this one for the whole family.” 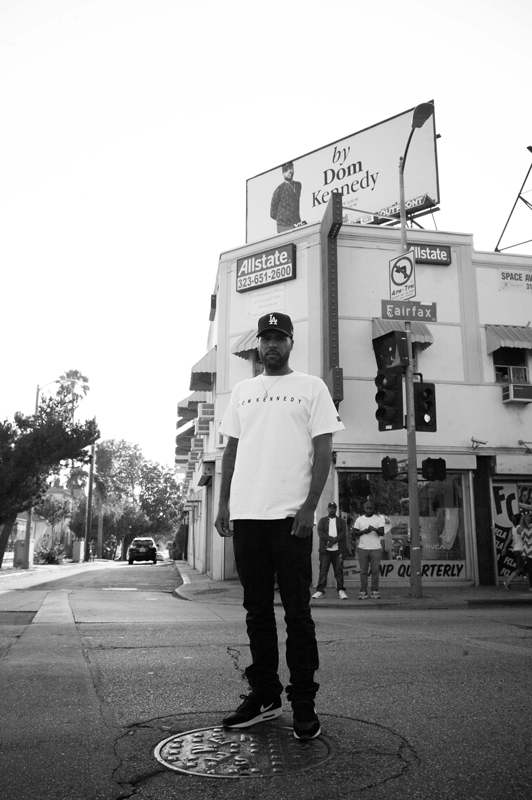 “YOU ARE WHAT YOU KNOW.”

SENAY KENFE: From 25th Hour to By Dom Kennedy, what has been the progression of you as a artist?
My progression starts and ends with the music. You are what you know. I would say when I first started rapping and putting out music I was just a fan. Now I am still a fan and also one of rap’s most important contributors.

That was a choice I made to progress as a person first, then naturally it will show in my art.

Unfortunately, I no longer look at myself as being apart of a independent company – we are a company like everybody else. Pay taxes and all that shit. 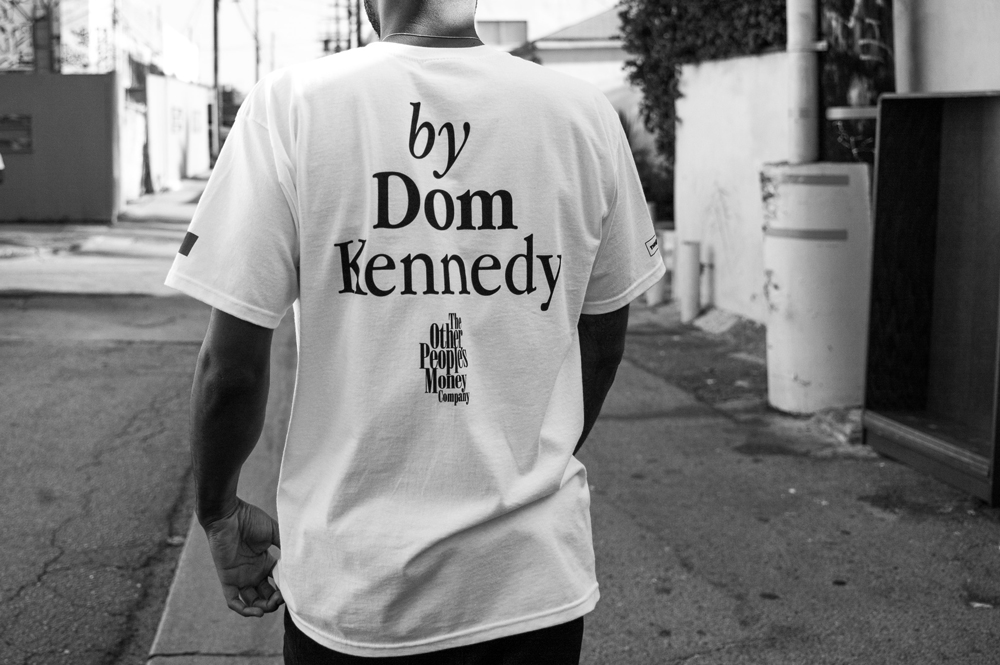 How did you transition from selling your mixtapes out of the trunk to successfully managing the digital release of your music?
I did it years apart. It just takes time. [It takes] being real honest with yourself and a lot of time. One thing you have to pay attention to is the numbers. Make more than you spend.

But it takes money to make money. Don’t expect to compete with a company spending millions to push an artist and get the same results. Unless you are crazy like me then you can join OPM and drive nice cars like the rest of us.

What has been the LA hip hop scene’s impact you think on streetwear fashion?
In my generation, we kind of had to reimagine what the ’90s was but kind of make it better. Which was hard as fuck at first, but now you can kind of see what was dope and what wasn’t.

Why do you think it’s important to see this resurgence of attention towards this West Coast sound?
I think it is important because this is where my family is from. I talk about LA and the West Coast because these are our lives.

The music hopefully captures a piece of that. 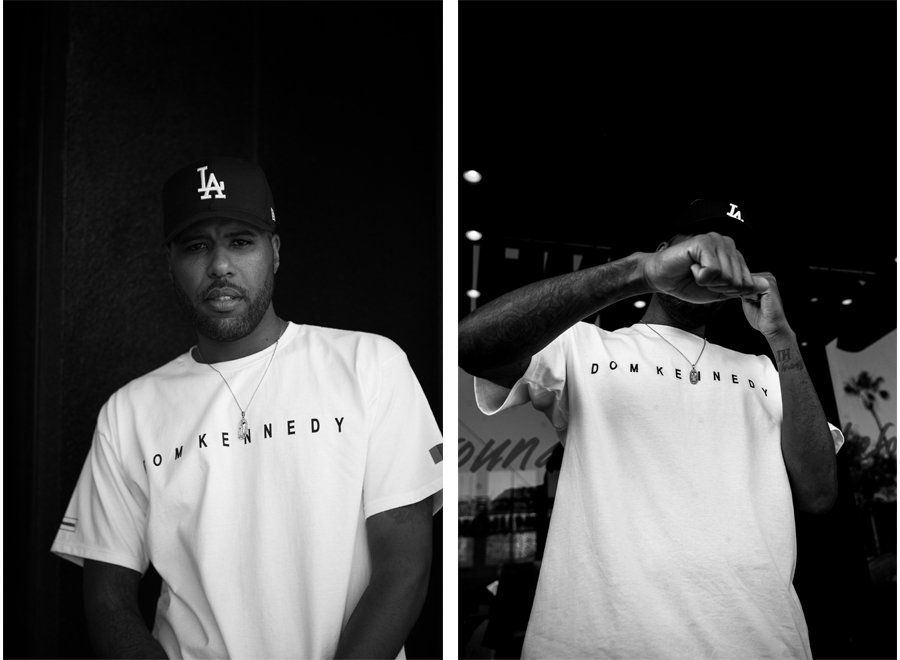 Photos by Joshua Zucker. Be sure to stop on by The Hundreds Los Angeles (7909 Rosewood Ave.) this Friday for Dom Kennedy’s exclusive in-store signing and T-shirt release from 7-9pm. 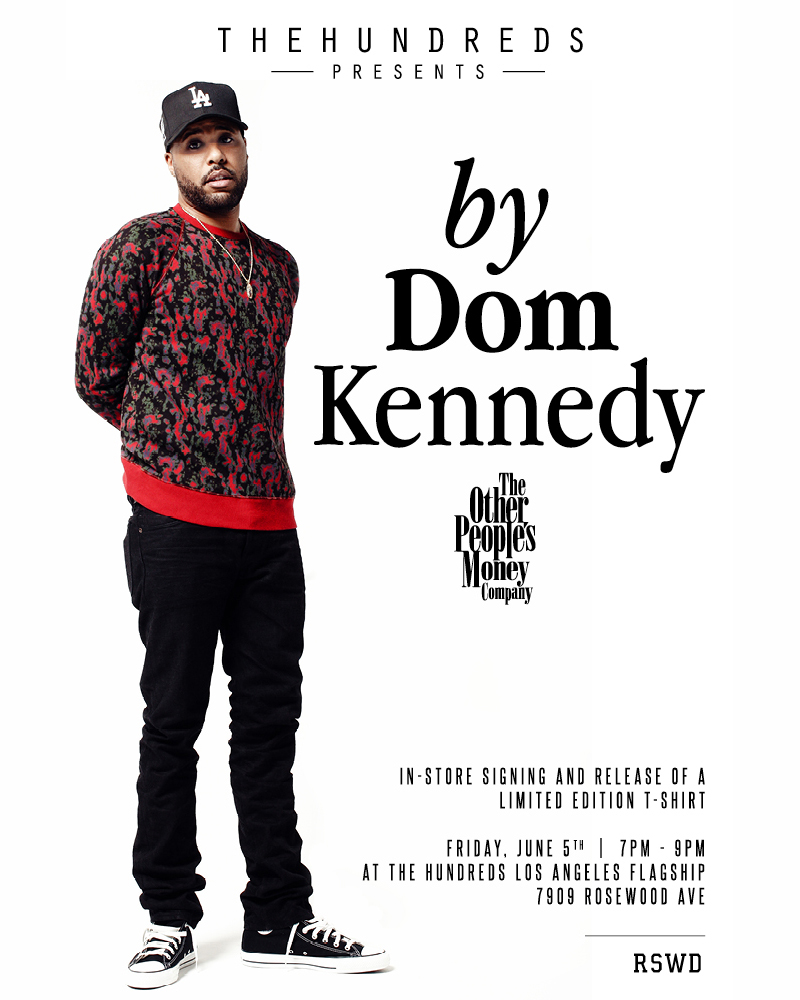 Kazie Holiday
The Hundreds is proud to announce that Dom Kennedy will be dropping by our Los Angeles flagship location this Friday, June 5, to sign copies of his newest album "By Dom Kennedy." Limited edition co...
HIDE COMMENTS