DJ MURO hails from Japan, and is one of the most influential players in the game. He’s been mixing tracks, making beats, and DJing to enormous crowds for decades! Drawing much of his musical influence from hip-hop, funk, and even movie soundtracks, DJ MURO is a force to be reckoned with. We were lucky enough to ask him a few burning questions about who he is and what he does. And guess what else? He’s an incredibly nice dude! In fact, he invited us over to his house to check out his record collection for ourselves. Next time I’m in Japan I am definitely taking him up on that offer.

How did you get your start in music?

When I was kid, my folks owned a gas station and I was told that I couldn’t play at the gas station. So I often spent time watching movies at the theater near my house. I remember the movie sound effects gave me chills & excited me. By then, I knew it… I was pulled into world of music. I can say movie soundtracks sparked my first interest in music.

I grew to realize I was allowed to express myself and I did so through beats and techniques.

Who are some of your major influences? Music-related or not. 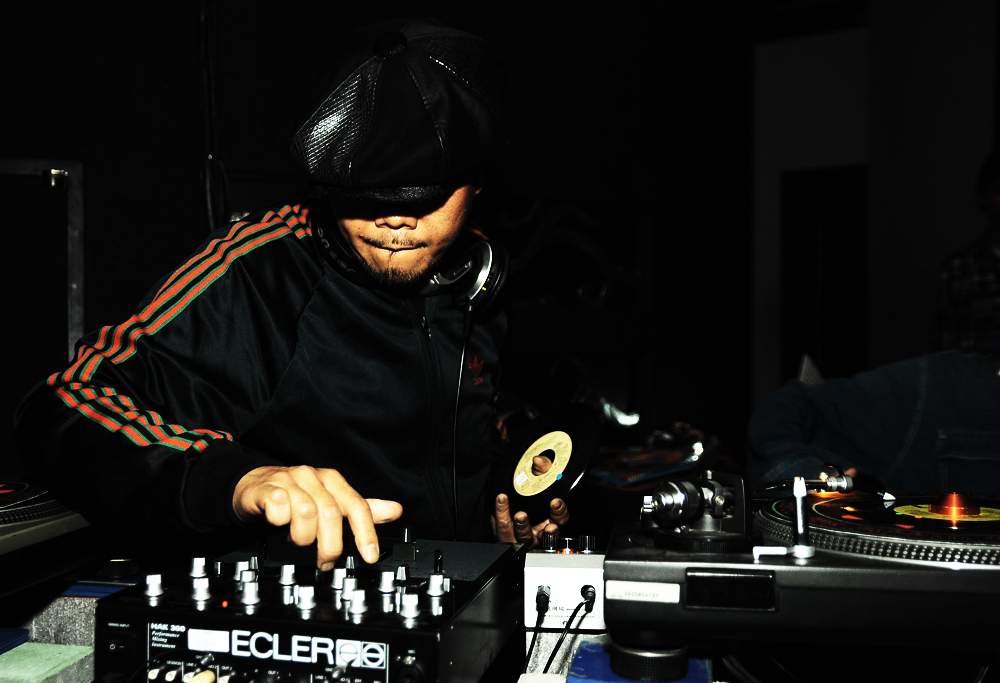 How has hip-hop shaped you?

It has shaped me in a way, like a patchwork quilt of stitching and cutting. I grew to realize I was allowed to express myself and I did so through beats and techniques.

How do you think you have shaped hip-hop?

Even if I was able to increase hip-hop fans by one listener, I’m proud of that. I would like to do more to keep shaping it.

Where would you be now had you not taken the path you did?

I have no idea how to imagine that, but I’m sure I will be working with music somehow.

How do you feel album cover artwork affects the actual music on the album?

I think that it is very important. An album jacket is seen, and the association with the music occurs immediately.

I’ve never counted my collections. I have no idea. But I would love to have The Hundreds come and document my collection! 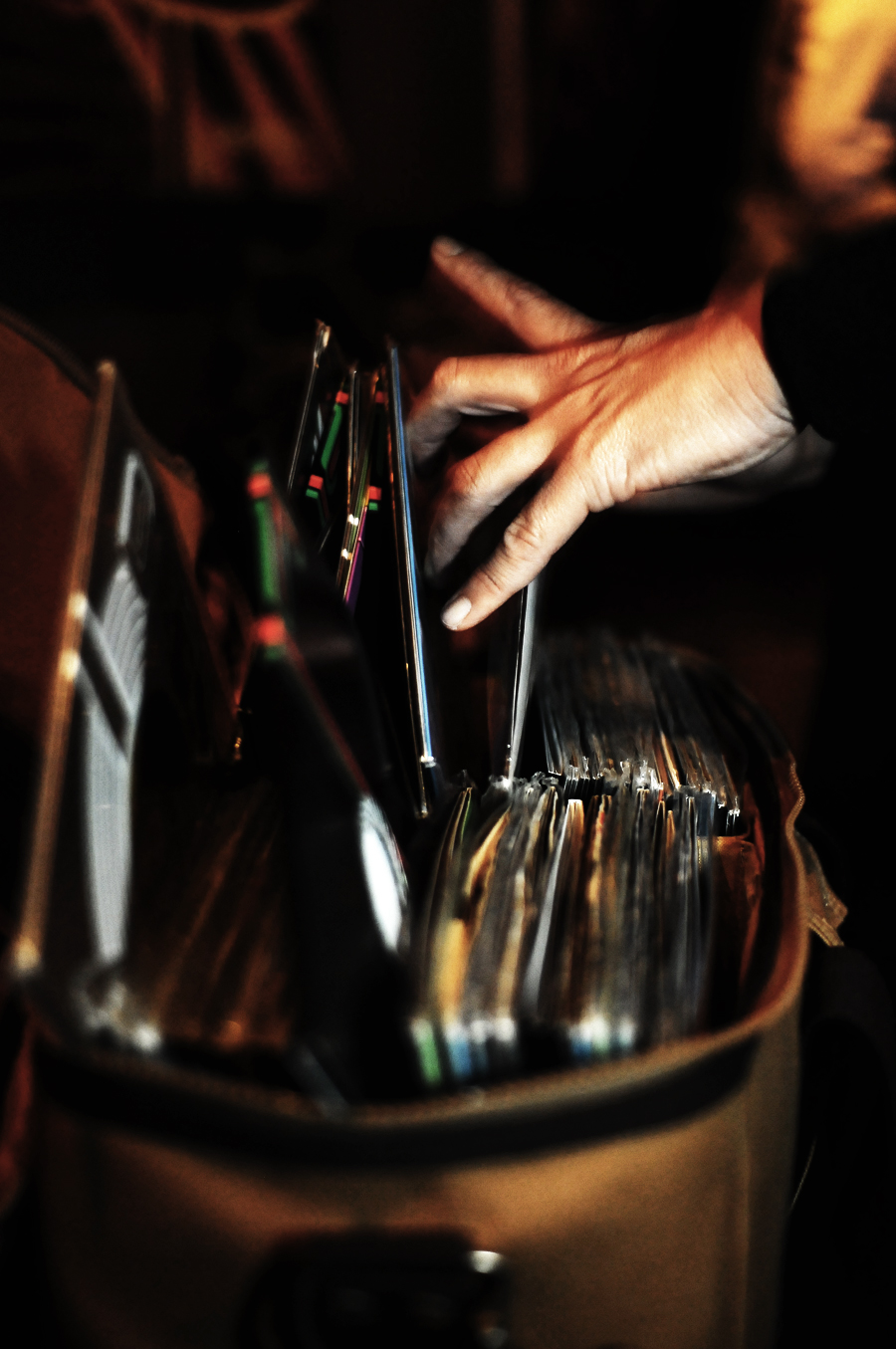 What do you feel is the major importance and influence of album art?

When an artist’s visuals and music are packed within a 31cm frame, it’s a place of uncanny expression. It’s an attractive part of it, I think.

How many albums do you have in your collection?

I’ve never counted my collections. I have no idea. But I would love to have The Hundreds come and document my collection!

James Brown, YMO, Lee Perry . It’s endless. but I’ve been influenced by many artists, and still am.

Pretty much every 80’s rap album, like “Paid in Full. I’ve listen to it over and over.

What are some good go-to songs to get the crowd going?

I don’t have a song (like Antonio Inoki), but it depends on location and depends on the event.

The list is endless. Next time The Hundreds visits Japan come hang out at my place. I have bunch and would love to let you hear them!

What is the best city to dig for records?

Shibuya and Jinbo Cho are my main spots, but when I visit countryside I always visit local record shops and I enjoy that very much.

For the future, I would love to increase DJing overseas in the USA and Europe, and to have people listen to my new beats.

When it comes to food spots, again, it’s endless. As far as my favorite past times is after record shopping, just relaxing at my store (DIGOT) and listening to music I’ve just purchased. 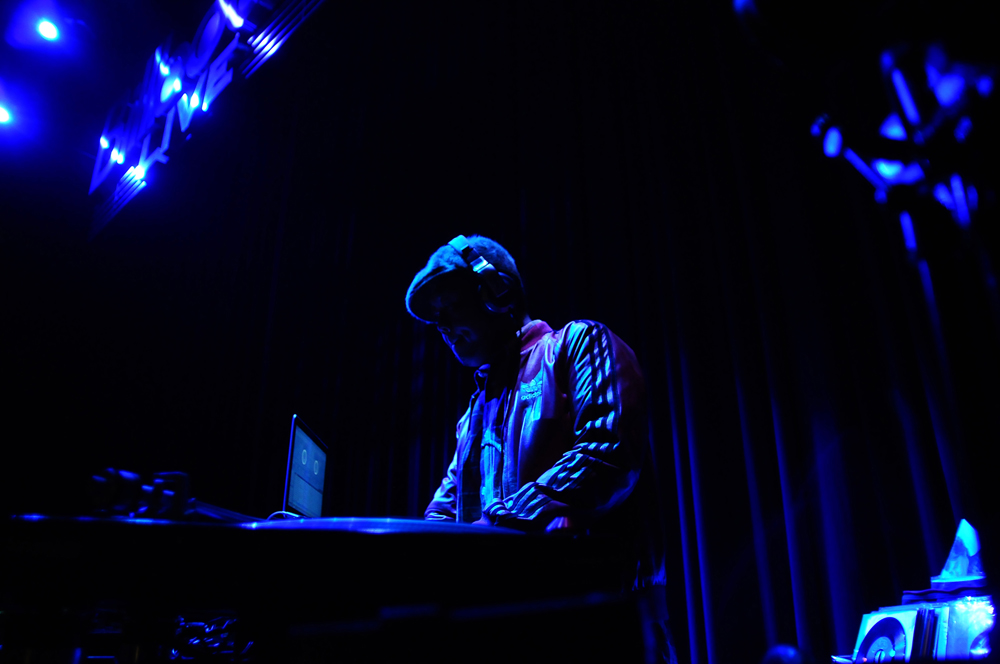 What are your big plans for the rest of the year, and the future?

Within what I can tell you, this fall I will be releasing a mix from UNVERSAL with famous Japanese artists. And by winter, I will be releasing a reggae mix as well. For the future, I would love to increase DJing overseas in the USA and Europe, and to have people listen to my new beats. And if the beats I’ve created played at local radio stations, that would be honorable.