If you’ve ever taken a stroll down Fairfax in Los Angeles, you’ve probably poked your head into Family Bookstore. It’s 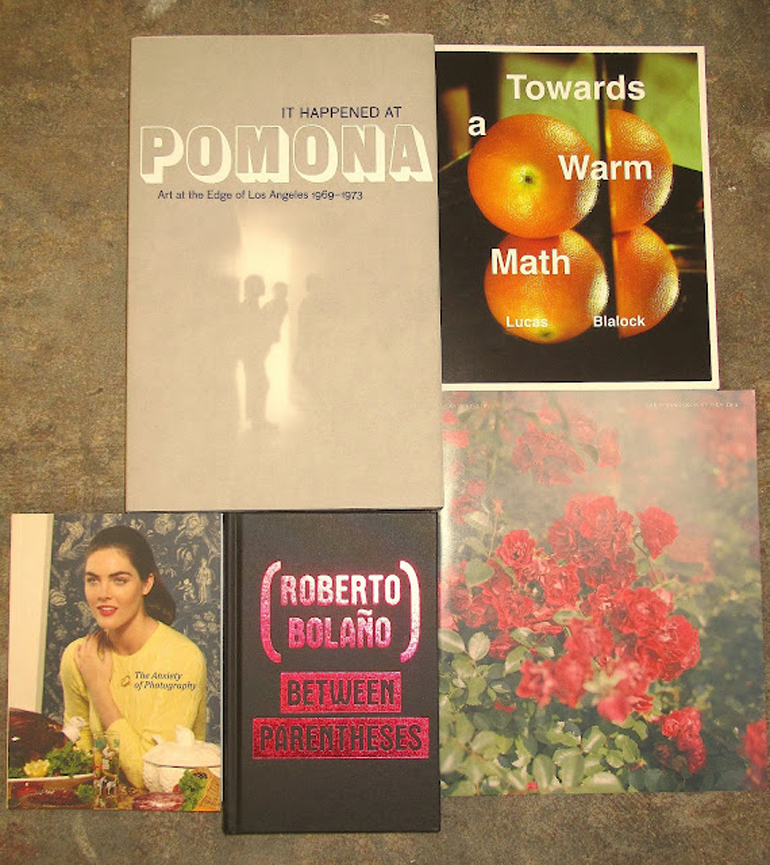 not your typical bookstore by any standard; they carry hand picked books, zines, and magazines, but also cassettes, vinyl, clothing, and movies… even VHS tapes. They’ve also got a rad gallery space in the back where they host parties, book signings, and openings. Created by childhood friends David Jacob Kramer, Sammy Harkham, and his wife Tahli Harkham, they found inspiration in creating a store carrying all of their favorite things – anything that caught their eye, that they thought was beautiful or interesting. They’ve acquired a buzz over the past five years for their artistic presence, unique eye, as well as their representation and support of independent artists, authors, and publishers. Next time you find yourself cruising around Fairfax, I suggest you go and check it out. You’ll probably end up purchasing a few gems for yourself.

When was your bookstore established? How did you get it started? Do you have a mission statement?

We opened Family around five years ago and the idea was just to collect our favorite things being published from zines to artist’s books to monographs to records.

Family is more than just a bookstore. How else do you utilize the shop space?

We just renovated to incorporate a small gallery project space, so we exhibit work now a little more formally too. A lot of the exhibitions are book-related, for example we just hosted a project related to the book Collage Culture with Brian Roettinger, Aaron Rose, and Mandy Kahn, and it included ephemera and video work and even a collage-creating computer program, all playing off ideas from the book.

What is the story behind the name Family?

It’s always hard to name something, and we didn’t want anything clever or wacky. We thought it had nice connotations.

Where do you find the authors and publishers you carry? Who are some of your favorites?

It’s mostly just being obsessive. Constantly hunting down new stuff and being psyched. Having been around for a while now too, we get loads of emails from people making stuff. 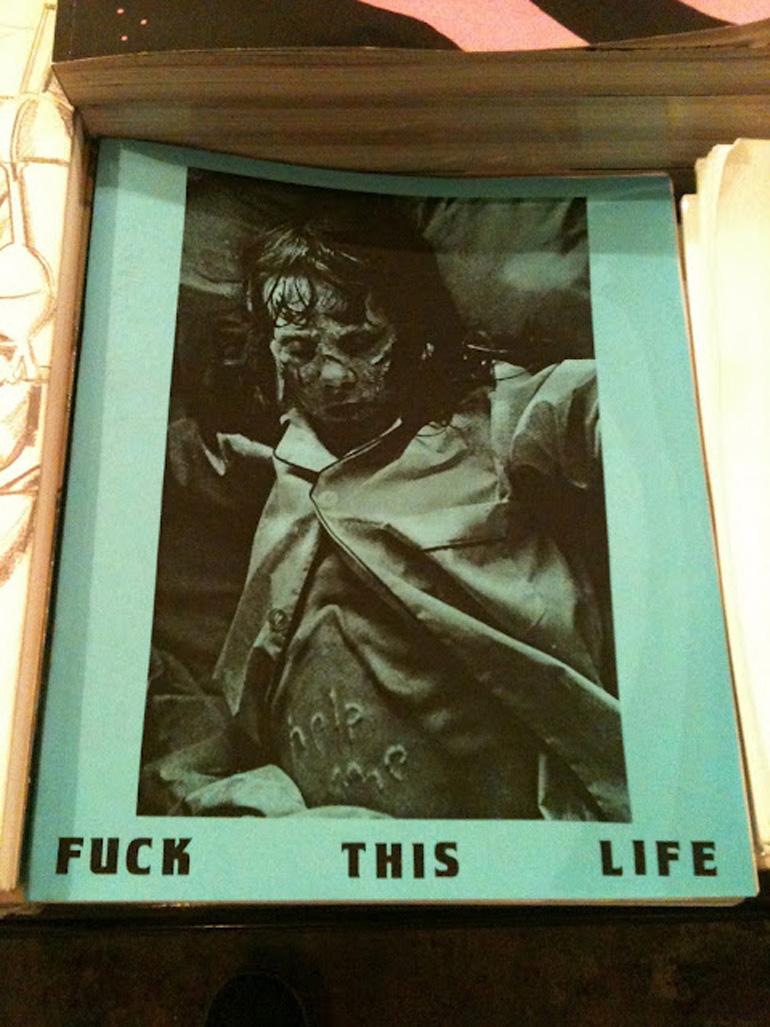 Has Family published anything? Is that something Family may do in the future?

In collaboration with the publisher Picturebox, we re-issued two out-of-print books by the late crime writer Charles Willeford who is known for his hard-boiled fiction set in Miami, much of it in the ’70s. The first one is a memoir called “I Was Looking for a Street” and details Willefords times as a teenage hobo, bumming his way to Mexico. The other is a novel called “Cockfighter” and is a pretty grisly tale of an ambitious cockfighter making his way to the top of the insane ‘sport’. It was turned into a movie in the Ã¢â‚¬Ëœ70s by Monte Hellman starring Warren Oates. Harry Dean Stanton is in it too. We also publish posters for each exhibition we do and give them away at openings.

What do you look for in deciding what to carry in the shop? How do you curate the collection?

Mostly it’s what we like, I guess. We don’t have an ideology or rigid system. At the same time there’s a hell of a lot of stuff we like that we wouldn’t carry in the store. The store has a certain voice that we try to cultivate, I suppose. We try to challenge and surprise our audience. We also don’t want to be pigeonholed as any ‘kind’ of bookstore, so it’s hard to articulate the voice, which is a good thing.

Why is it important for people to make things themselves? Why is DIY important?

I think it’s important to make things outside of the commercial real. Do things just because you want to. It’s good to feel empowered, that ideas can exist outside independent of the beast, and that these ideas can be powerful and have impact and resonate far and wide. I think it’s also good to cultivate community, support each other, create forums for each other. You never know what can come of that. That’s how all the great cool things happen. 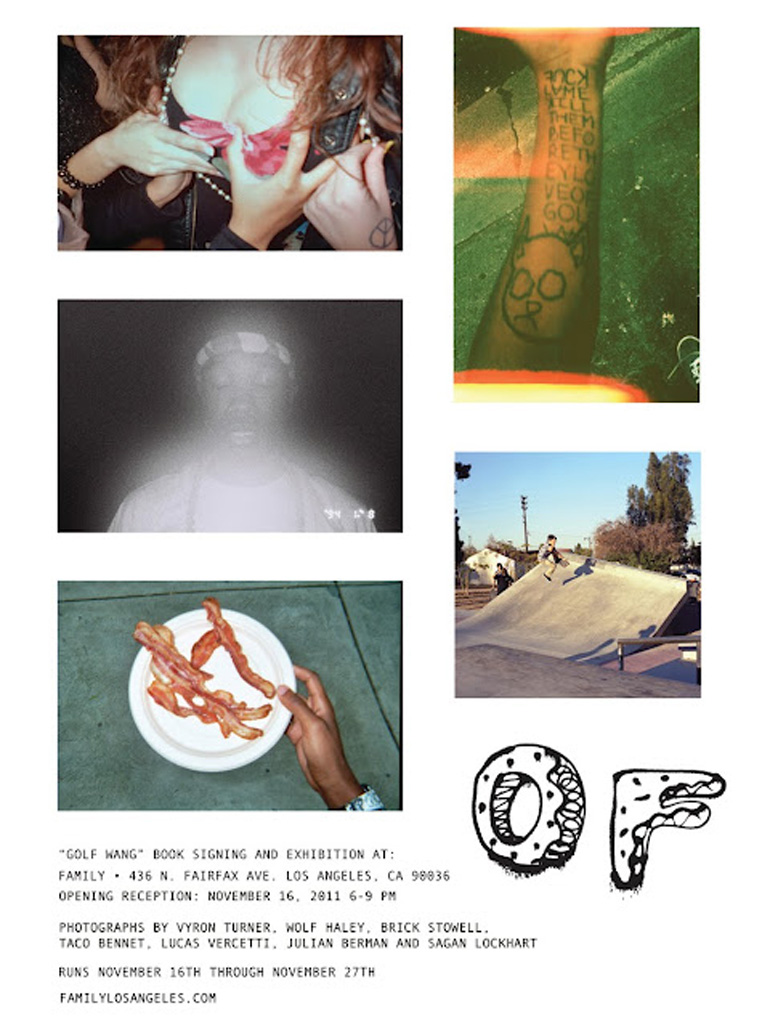 I feel like zines have grown in popularity in the past few years. Do you agree? Why do you think this is?

Maybe it’s the accessibility to print resources. Maybe it’s just the expansion of a phenomenon that’s been building for over 50 years. It’s a convenient and effective way of spreading ideas and artwork, an outlet that reaches people and engages them.

What is your favorite book at the moment? Do you have an all-time favorite?

I like photographer Jason Nocito’s latest book. It’s personal and weird and gross and surprising.

I also like Matthew Thurber’s latest collection of comics. He’s one of the great comedic geniuses of our time, both as a visual artist and performer. The real deal.

What are some of your go-to spots on Fairfax?

I like to say hi to Simon at La Glatt. But I think he’s leaving. That’ll be sad. I’ve been getting sandwiches from there since the start.

What’s next for Family?