People who travel and skate in Europe have a special place in their heart for Scandinavia. You might think of Scandinavia as a hard place to skate, snowing all the time and all that jazz, but it’s definitely not the case. Things are very organized over there, so new skate parks pop up all the time. I recently got my hand a skate park guide of Sweden curated by Stockholm’s Transition action sports magazine, and you could count nearly 70 skate parks in Sweden alone, no hardcore security guards, international skate tours visiting the Scandi capitals and big cities, and most importantly, young local skaters and skate companies making their mark every day.

Oslo is the capital of Norway and one of the new skateboarding capitals of the world. Funny to say, skateboarding was all illegal in Norway till 1989 (it was a criminal offense to even be in the possession of a skateboard) but that’s old history.

Dank is a collaborative effort by graphic designer Jørn Aagaard, assistant editor Aksel Overskott, and editor-in-chief Eirik Traavik, and it’s Norway’s first independent all-skate magazine. Thinking outside the box, Dank’s layout, stories, and aesthetics take no influences from the most popular skate magazines out there (Thrasher, Transworld) but are rather inspired from the current crop of culture magazines like Inventory and Purple, a new direction we have seen in many new magazines. From articles on Bianca Chandôn/Alex Olson to Dime, Dank represents a new kind of skate mag. We got a chance to talk to editor-in-chief Eirik Traavik below about the magazine and the skate scene in Oslo. 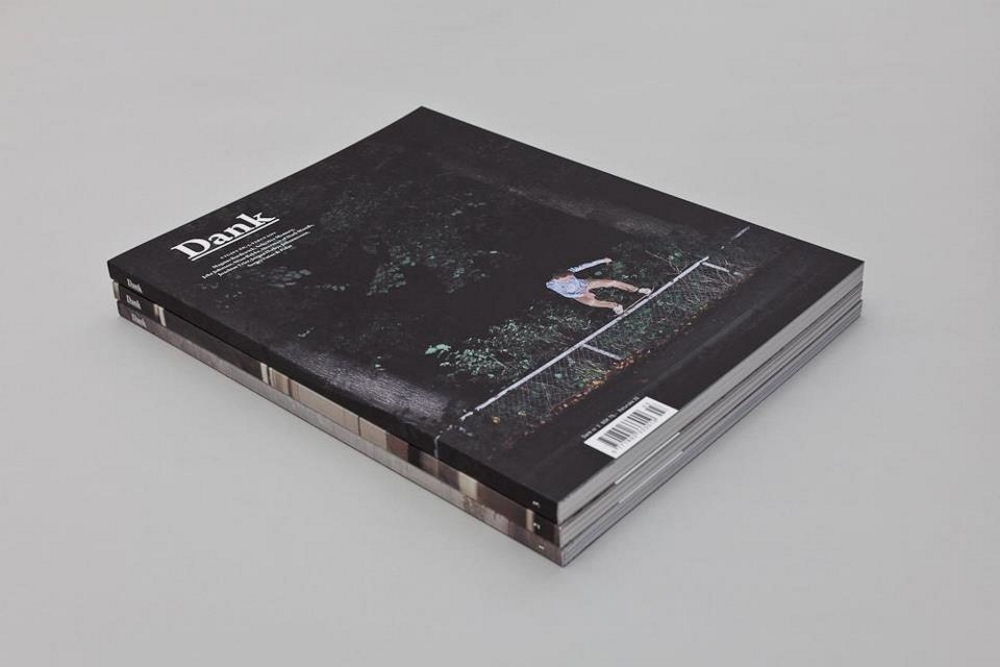 MANOS NOMIKOS: First off, when did you start DANK magazine and what inspired you to create it?
EIRIK TRAAVIK: We started Dank in 2010. Our first issue was released early 2011. I remember that we started talking about making a mag back in 2009. I was on exchange in Vancouver, and I remember seeing a lot of good fanzines there, as well as quality mags like Color. At first we were just going to make a really lo-fi fanzine, but we gradually decided that it would be more interesting to stretch the skate mag formula a bit and make something new and thorough. We’d all worked in journalism and design for some years, and the skate publications in Norway at the time weren’t really our thing, so we decided to make something that reflected what skateboarding was to us.

Why did you decide to create a print magazine and not an online one?
The whole end-of-print-media panic was really picking up steam at the time. I think we chose to publish exclusively in print because we’d all grown up with printed mags, and we felt that a high quality print publication would continue to be relevant, even though more of the day to day coverage would inevitably shift towards the internet. There were a lot of independent publications popping up at the time – not just in skateboarding – and we wanted to be part of that movement. 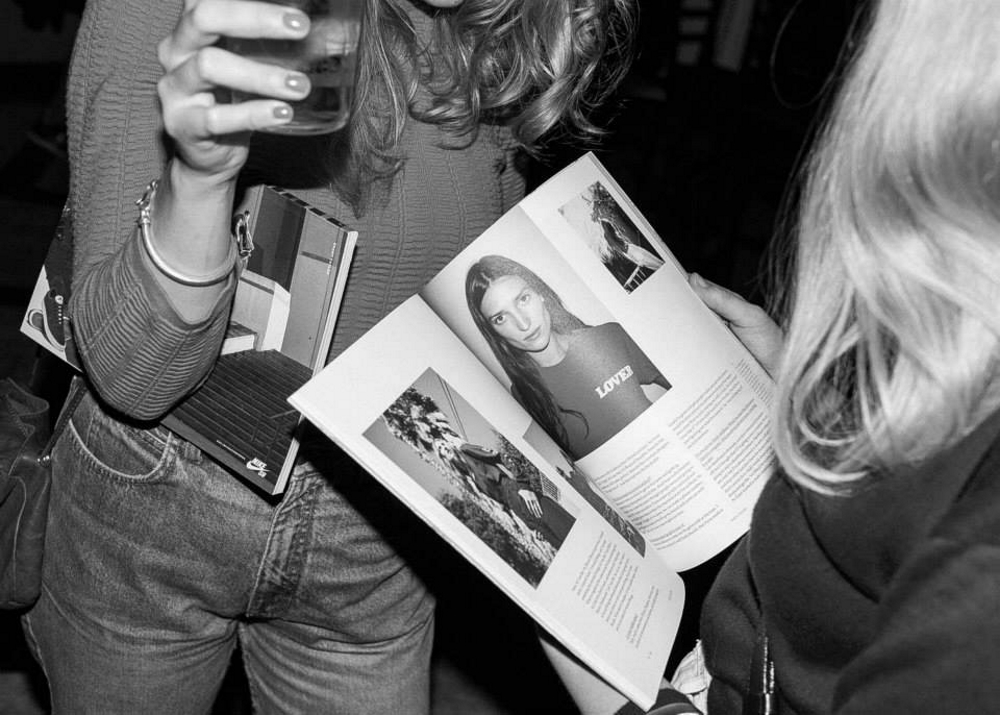 How is the skate scene of Oslo and how is generally the current state of skateboarding in Norway?
Skateboarding in Norway is bigger than ever, I think. There are loads of good skaters coming up, some of the guys are making names for themselves on the international stage (Karsten Kleppan and Gustav Tønnessen, for instance). More parks are popping up and city planners are gradually becoming more friendly towards skaters as a group, so everything’s peachy.

Are there big differences – probably in style or conditions – between skateboarding in Norway and other countries?
The fact that you can only skate street for about seven months a year makes everyone a bit extra hungry when spring comes. We also have pretty compact cities, which makes it easier to hit a lot of spots in one day than in, say, London. 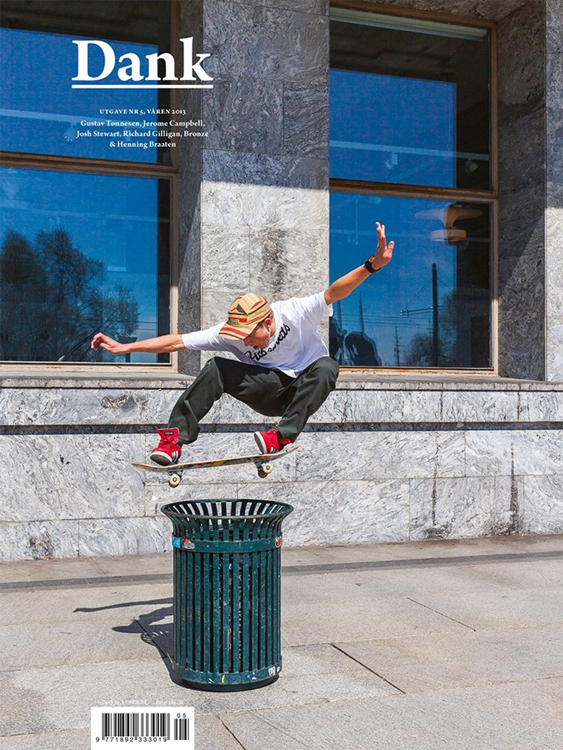 What are your favorite features from the pages of DANK?
Hard call, we only feature stuff we’re excited about, so there’s a lot of stories I’ve been happy with and stoked to print. Off the top of my head, I think the first Pontus Alv interview we did was pretty memorable, as it predated the whole rise of Polar and the whole Euro scene. That was cool. I think the Bianca Chandôn / Alex Olson feature we did for issue seven turned out nicely, and I’m really happy with the Dime story Quartersnacks did for us in issue eight.

What are your favorite publications, skate and non-skate?
I’m into a bunch of different stuff lately. Current non-skate favorites include Foreign Policy (because they write about a bunch of interesting topics and their design has been improving somewhat lately, which is not a given considering that they’re basically an international politics journal), n+1 (for articles and literary stuff), Purple (just for the sheer size of it, some memorable interviews and an increasing tendency to feature skate-related stuff, which is interesting). As far as skate publications are concerned, I’m really into Grey. They got a nice minimalist aesthetic and super good photography of (mainly) gritty London spots.

What does skateboarding reflect to you?
A lot of different stuff. It’s kind of hard to take a step back and see what it reflects because I’ve been doing it for a long time and I think it has shaped me in a lot of ways that I might not be able to see all that clearly myself. I think skating gives you an opportunity to meet a whole bunch of different people from all walks of life, which is always good, and it also teaches you a lot about persistence. And it’s the best fun ever. 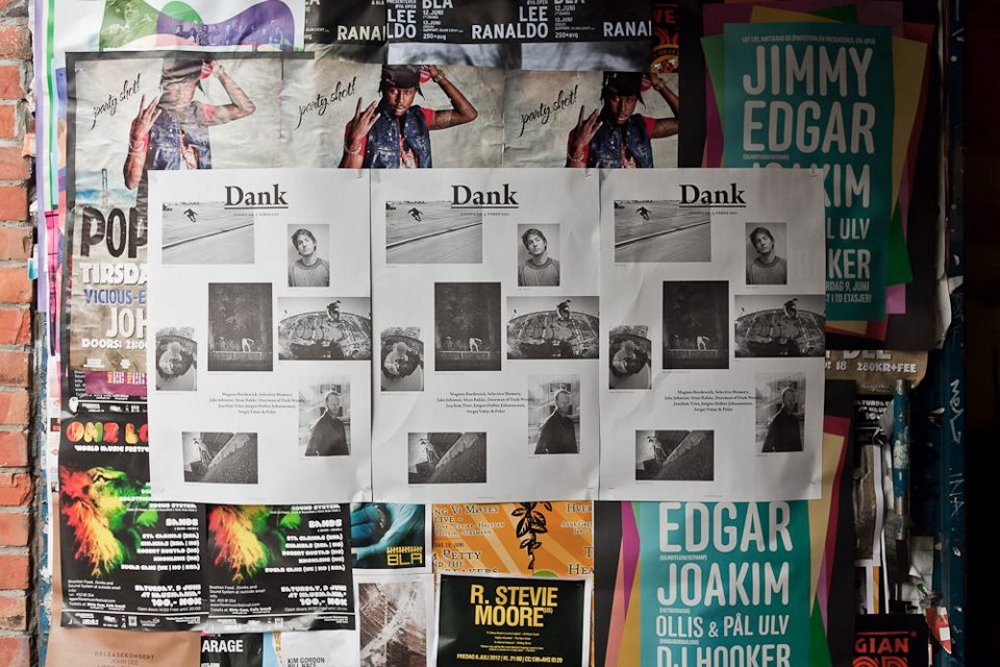 Is the urban terrain of Oslo ideal for skateboarding? Best Oslo spots?
Ideal is a bit of a stretch, but Oslo certainly has a lot of really good street spots. Security isn’t that heavy, so you can skate a lot of places without getting kicked out, and there are tons of small fun spots to be found in suburbs and industrial areas. Oslo City Hall is a classic meet up spot, so is Tinghuset (aka the courthouse).

Besides skateboarding, what someone will see and do while visiting Oslo for the first time?
In the summer, I would pick up some food/beers, get on a ferry and find a swimming spot on one of the islands in the fjord. In the winter, I would take the metro to Frognerseteren (on the Holmenkollen hill overlooking Oslo), eat apple pie and look out over the city. Rent some cross country skis or a sled if you’re feeling adventurous. 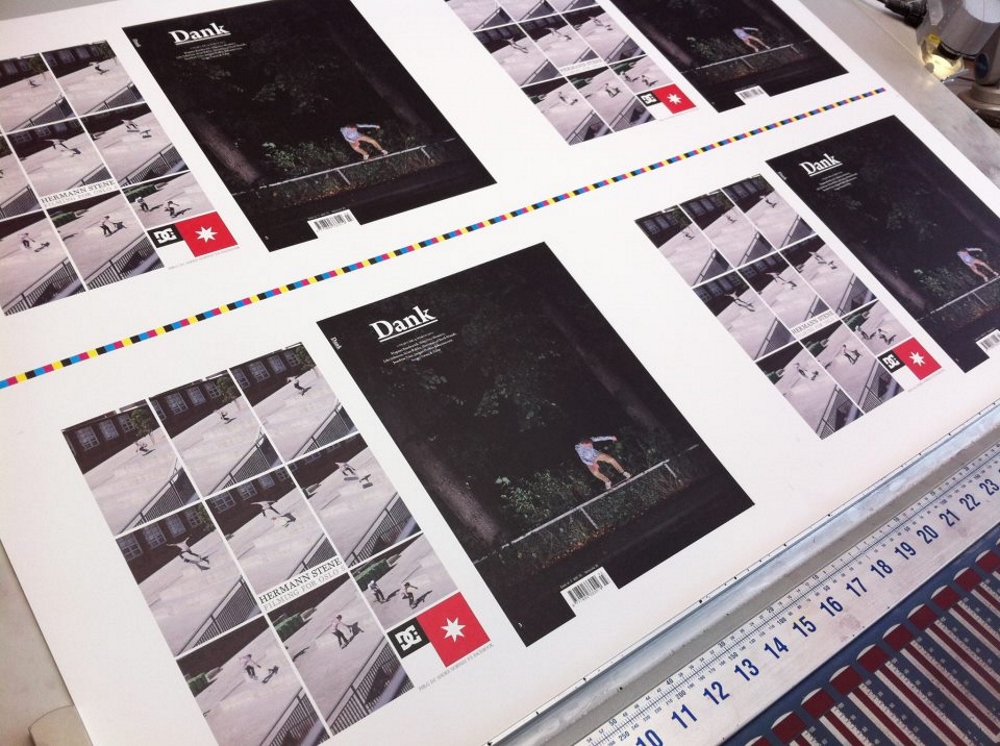 What is the best part of what you do in the magazine and what do you guys do besides DANK?
Aksel works in a gay sexual health NGO, I freelance as a journalist and Jørn freelances as a graphic designer. The best part about making Dank is getting to meet a lot of people we look up to and are inspired by.

Talking about international skateboarding, what are the figures that inspire you till this day today?
Good question. So many! Pontus Alv is doing great work, Greg Hunt is amazing, I love what Nick Jensen and Paul Shier are doing with Isle Skateboards, Bianca Chandon is cool, Quartersnacks is great, Alltimers, Palace, Bronze56k. Josh Stewart, Lurk Nyc, SkateWise, the whole Paris-scene, Oslo’s Classic Skateboards. I could go on! Skateboarding is doing well at the moment. 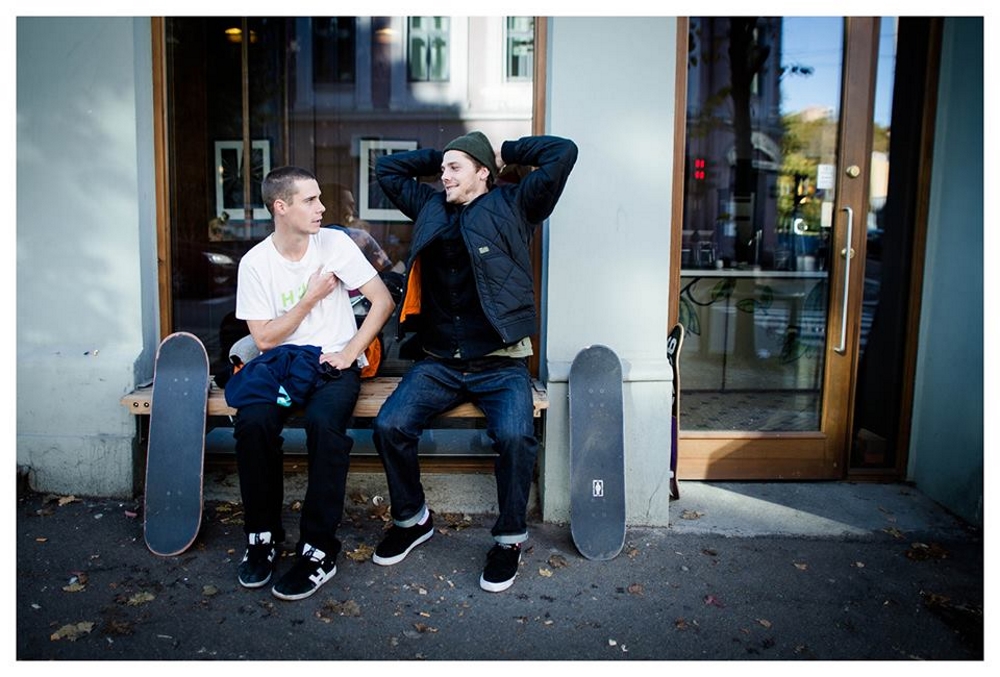 What more to expect from DANK magazine in 2015?
Bits and pieces! Tasos Gaintatzis & Marina Legaki
We interview the ex-editor in chief of Vice and current editor of Apology Magazine Jesse Pearson, one of the most badass writer/editors that truly documented and partook in the movements that shape... Tom Kirkby
Independent magazine publishing in the UK is alive and well with art zine-turned-internationally-respected-voice Very Nearly Almost. I can personally credit almost all of my street art knowledge to... Manos Nomikos
Print extraordinaire Manos reveals his massive obsession with magazines while giving us a brief list of recent ones he's stockpiled – all to be sure that you don't miss these gems next time you wal... Maarten Warning
Maarten recounts his love for skateboarding, and how him and a band of skate brothers have built Noise Magazine from scratch – their ode to skate and how much it's changed their lives.
HIDE COMMENTS