I had the pleasure of spending time with the Berlin-based artist Clemens Behr during his monthlong residence for his solo exhibition “VARIETY OF (N)ONE” at Mirus Gallery. Between taking a big van on material runs to a random warehouse filled with nightclub decor leftovers, checking out local galleries in the Mission like Park Life and FFDG, and eating some burgers and beers at Zeitgeist, we had plenty of time to learn more about one another.

Clemens studied graphic design at the University of Applied Sciences Dortmund, Germany. Since then, Clemens has been traveling the world, painting murals and working on massive installations in various countries like France, Spain, Belgium, Portugal, and now, America. Making his installations out of found objects – or as some people would say, trash – Clemens approaches things with a different perspective than most. The artist’s work almost forces one to take a step back from the traditional art norms of a typical gallery exhibition and realize, yet again, how powerful one artist’s expression can be even with an installation created out of discarded objects. 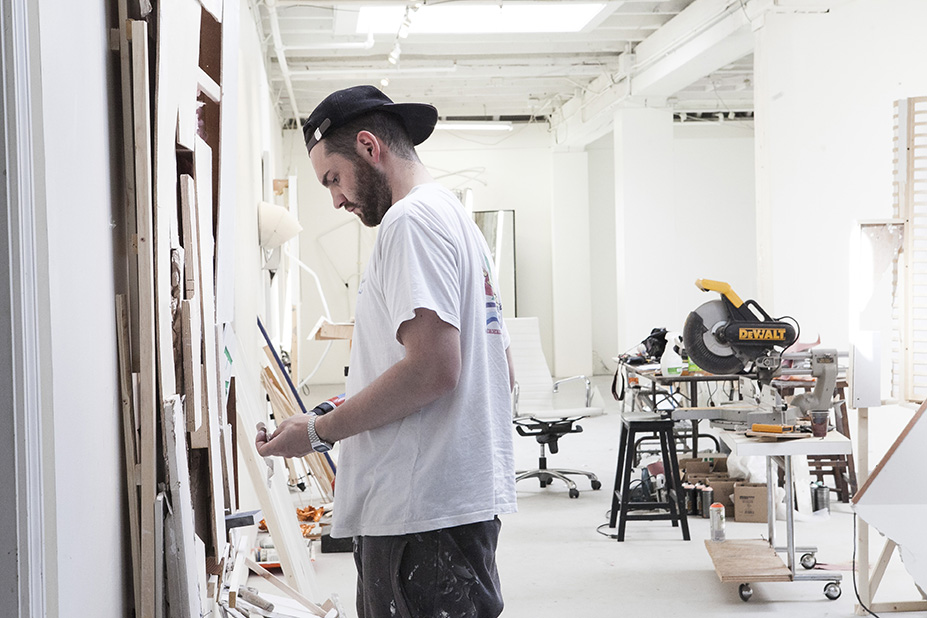 BROCK BRAKE: What made you decide to go to school for graphic design instead of something that would be considered a “regular” career?
CLEMENS BEHR: Well, I think when I was around 16, I just found out that there is a thing called design, and it is not too far away from drawing and painting. So that’s why I got interested. Back then, I was only interested in graffiti and skateboarding really. So it was the only fun thing I could do, I guess.

Like many artists, you started painting on the streets through doing graffiti. How did you transition between doing tags to working on these large scale sculptures.
I got into graphics and arts by the time I left school. Both really felt good and inspiring. Back then, I tried to combine my graffiti and the aesthetics and arts that inspired me. It didn’t worked out, so I had to divide it. From this point, graffiti was the funky, fun thing and the rest was more serious to me, but till today, I still do both. I just couldn’t get a lot of value out of writing a word over and over again. Also, I didn’t want to paint figurative things. I was always interested in collage, so one day, I just replaced the paint on the wall with materials and objects I stapled or nailed on it. That must have been the transition. 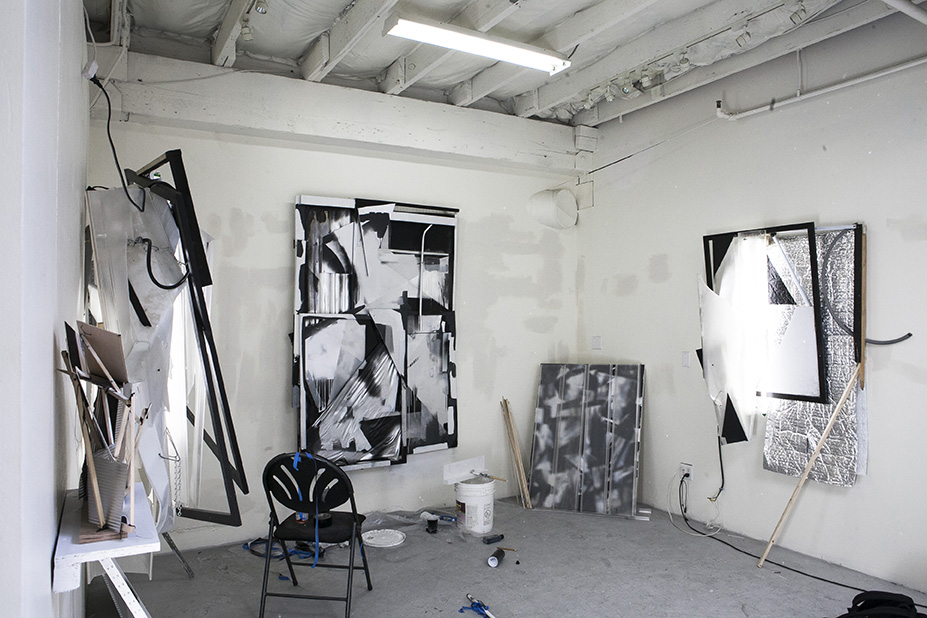 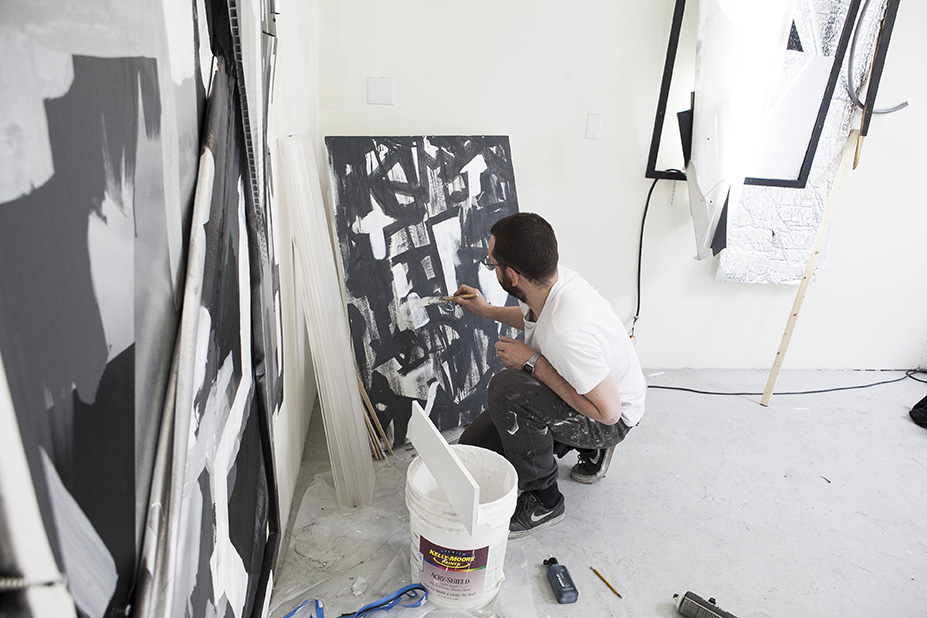 Not only do you paint, but you skateboard too. I can’t help but notice some of your earlier sculptures/installations look like they could be influenced from a cement skate park with a lot of transitions. I ask because a lot of us that skateboard have a unique eye, we see things differently. Potential spots are everywhere. Do you think there is any truth to this?
Yes, definitely. As skateboarding changes your view in the city, graffiti does too. You are always seeking to give a new use to places if you skate them or you paint them. It’s a mix between looking for the surface and the obstacle. Those street skatespots in magazines always seemed appealing to me. The backyards and the loading docks with ledges, banks, and stairs – they were the unattractive and unused parts of the city just like the back of a theater stage.

So using these places as surfaces to paint or to skate, for me, is quite self-evident, so I ended up building installations within them. 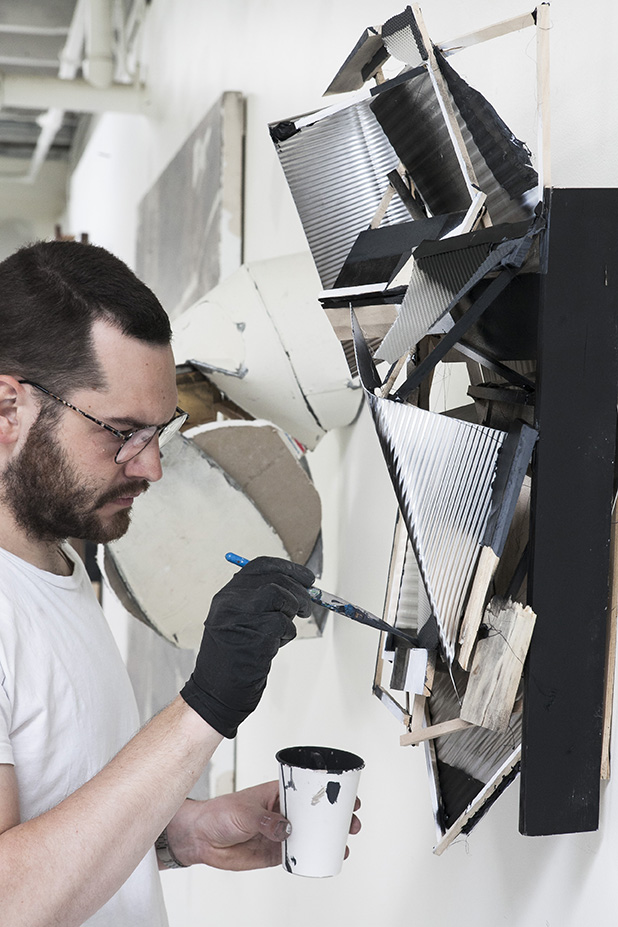 Your work has changed a great amount since your more colorful series of works in 2013. How would you explain the evolution of your work from 2012.
Well, it’s hard to say as it all fused naturally over the time from one project to the next. But I think in 2012, I got more interested in destruction and the decay of work. As I have always witnessed the work being very ephemeral, it surely had an impact.

Before 2012, I was happy to transform spaces in a playful, origami-geometric type. It felt really repetitive after doing this over and over for the past years, and I also started to study fine arts then. Of course, that had a big impact on the work. I was very much inspired by the work of Matta Clark and his anarchitectural approach. The idea of destructing space rather then building it up. I think I started to dig deeper into the architectural dissection and started to use wood and building material more conceptually to destructively collage in space. (Like the work was kind of the first one” broken interior” in lillestrom kunstsenter in 2012.)

Also, when working in public, I often used materials from the trash and it was always fun to see peoples’ reactions when they tried to define it as being art or bulky trash. There is a fine line. There’s also one between design and art. I think this discussion became an engine for my work too. 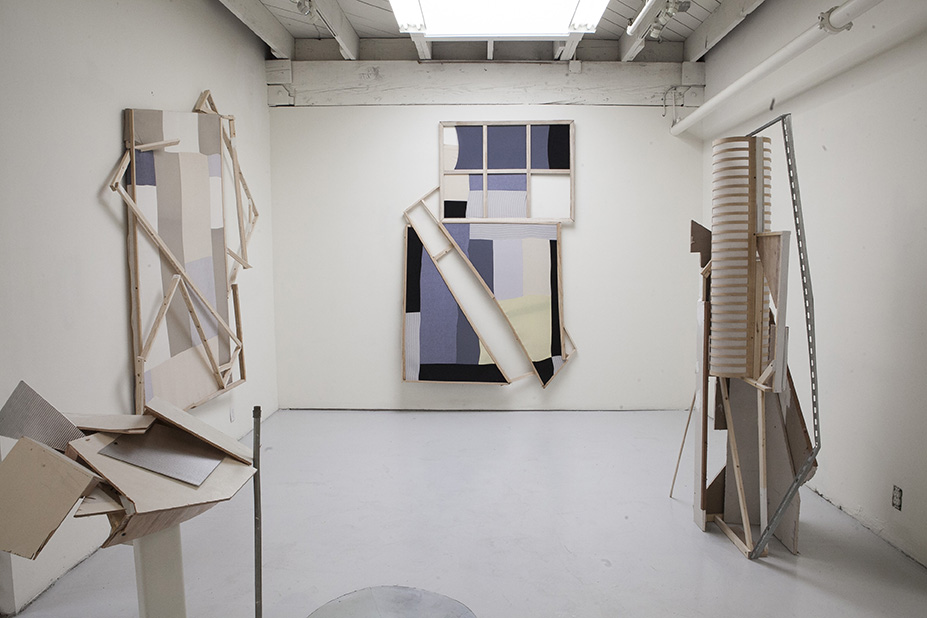 At what point did you decide/realize that you could fully support yourself being a full time artist?
Luckily, that was shortly after I moved to Berlin. I found a place with very cheap rent and the things just got better. I was able to travel a lot for commissions and exhibitions and hopefully this won’t change. 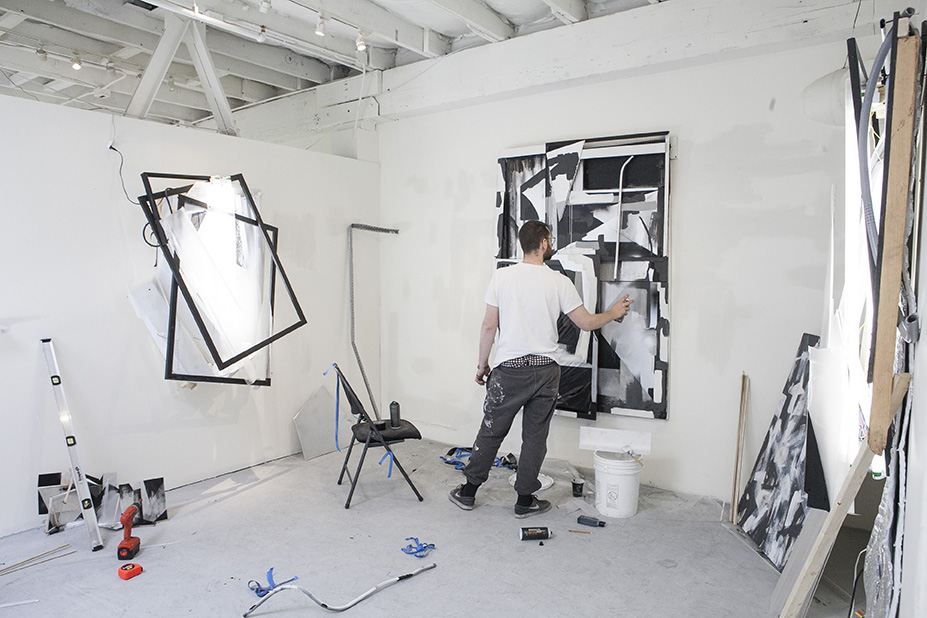 How would you compare your monthlong residency at Mirus Gallery for a VARIETY OF (N)ONE to other residencies you’ve had in the past?
Well, there have been a lot of differences and a lot of similarities. First, I think it was great to live within the gallery. It was a blessing, but also kept me inside too much. I haven’t experienced living in a gallery before. You just work twice as long as usual. Also, I never experienced such a mass of material just waiting to be used. There, I had access to the whole compound which was just remodeled. I nearly had too many choices of materials I’m already using and others I’ve never used.

You’ve made reference in the past to Marcel Duchamp’s “Nude Descending A Staircase No.2” and Kurt Schwitters “Opened by Customs.” What are some other works that you feel a strong connection to?
As I mentioned before, the work of Matta Clark, I would definitely point out his work: “Circus” or “The Caribbean Orange.” But also, of course, the “Merzbau” of Kurt Schwitters, which would be very obvious too.

What are you plans now that the solo exhibition is up and you’re back home?
I’ll do a bigger installation in Paris in July for the opening of La Manufacture 111, then a public work in the city of Caen. My next solo show will be in September at Loom Gallery in Milan. 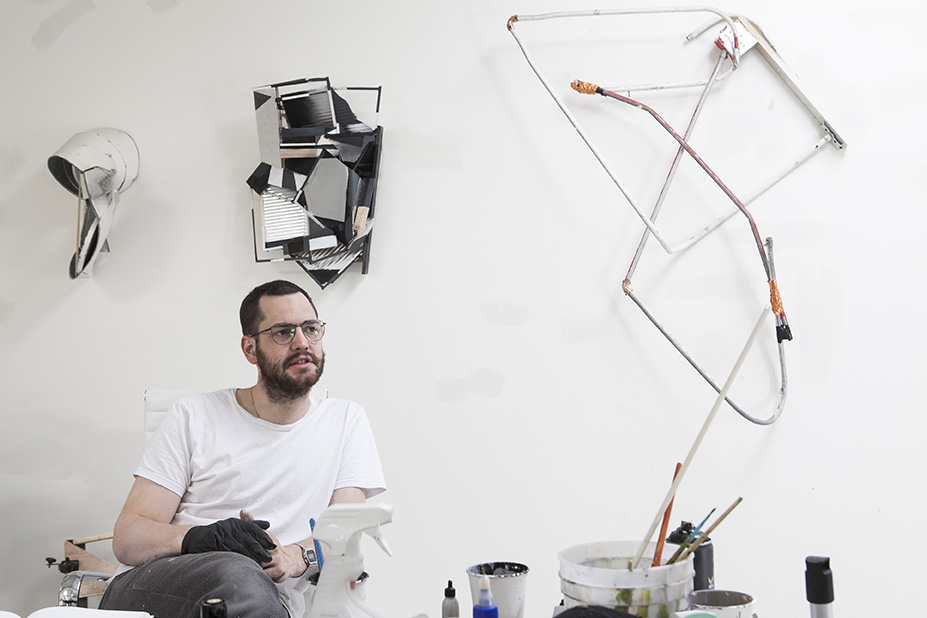 Tyler Watamanuk
Tyler shines a light on four figures from progressive ad & design agencies nationwide to talk about the future of advertising, the hard lessons they’ve learned at work, & their different jo... The Art of Hustling :: A Conversation with Tom Gilmour

Tom Winslade
An inspiring look into the world of British artist Tom Gilmour, courtesy of our very own Tom, Tom Winslade, in this exclusive interview and studio visit. Brock Brake
Brock Brake catches up with Aaron Kai before his solo show this Friday in Hong Kong, "Vices" - an exhibition stepped in familiar vices like booty, weed, McDonald's, and cartoons.
HIDE COMMENTS