You can get your own Steven backpack – which happens to actually be a camera bag – here in our Online Shop or at all four The Hundreds flagships and authorized stockists.

Recently the folks at The Hundreds asked me if I’d be interested in reviewing their newest backpack made for transporting wine, the “Steven.” Having sworn off beer nearly two years ago to become a wino exclusively I was quite excited and eager to try the bag. My wife and I are always trying to find new and more discreet ways to smuggle wine into dry situations. Most of the time we’re really not fooling anyone. I recall back in December having to fake a hacking cough to mask the sounds of the clanking bottles as we smuggled pinot in her massive purse into the movie Theatre to see The Hobbit double feature. Worse than that was the recent funeral we attended with the wine bottle stuffed into my boxer briefs making me look like a necrophilia in heat.

The Steven bag showed up at my house just in time for my nephew’s christening. I thought, what better way to test the bag out then to wear it to church and run a really long straw over my shoulder into an open bottle of wine positioned perfectly, vertically inside the backpack.

Then I opened the bag and was like, what the fuck? 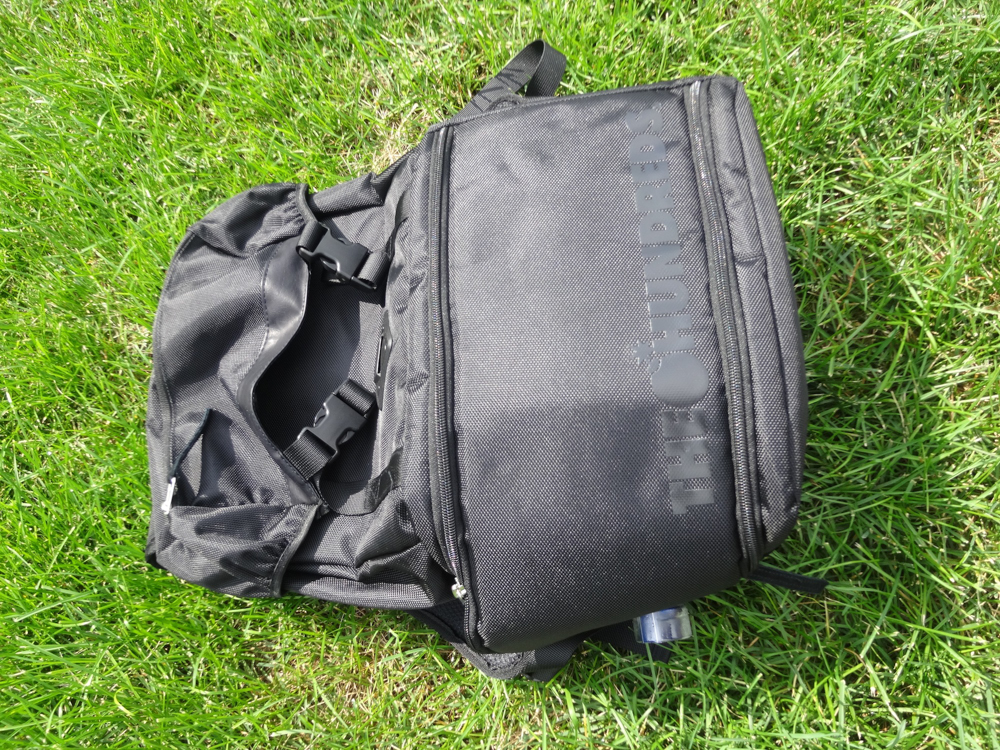 I honestly wish The Hundreds had sent me a time machine instead of this ineffective wine carrier so I could go back in time to early June and kindly refuse to review The Steven.

You would think that a company based in California, the American Mecca of wine production, would know a thing or two about wine, but whoever designed this bag clearly has never seen or held a wine bottle in their life. For starters, the entire bag is not utilized for wine transport, only the lower part; which I didn’t completely mind because it allowed for dual usage so that one could store their cheeses and fruits in the upper section.

The section made to hold the wine can accommodate five bottles – a great number for any outing – but there is a major, tragic flaw in the design: only one wine bottle is able to lie flat in the lower compartment! When situated, the other four bottles stick out of the backpack like spikes, giving the bag the appearance of something some bubblegum raver or steam punk dork would wear. And even if you could get past the look of wine spikes sticking out of your ass, you’re still beat because:

A) The zipper won’t zip with the four bottles sticking out.
B) If you try to pick up the bag without zipping it, all the bottles fall out.

I was able to secure them in place using a substantial amount of packing tape but by that point I was pretty over it. So what? Now I have to always have a tape gun in my bag wherever I go? And at the rate my wife and I drink wine, how much of my wine money am I going to piss away on tape just to use this bag? And since the bag won’t close with the wine in it, The Steven fails in its main objection: to conceal the alcohol for stealthy smuggling. 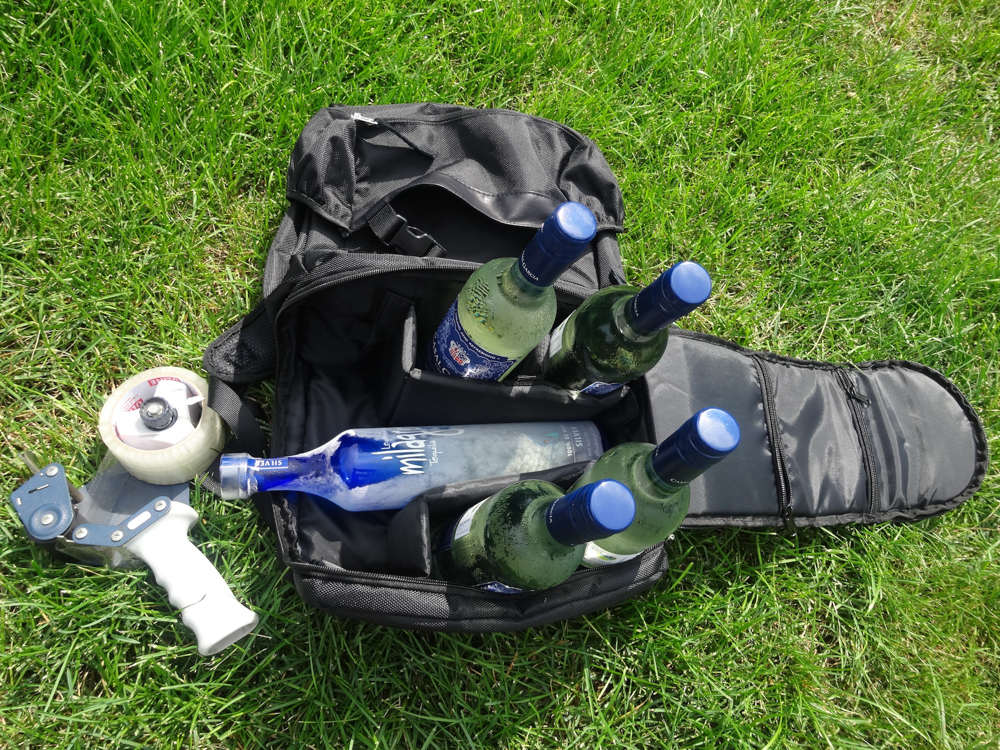 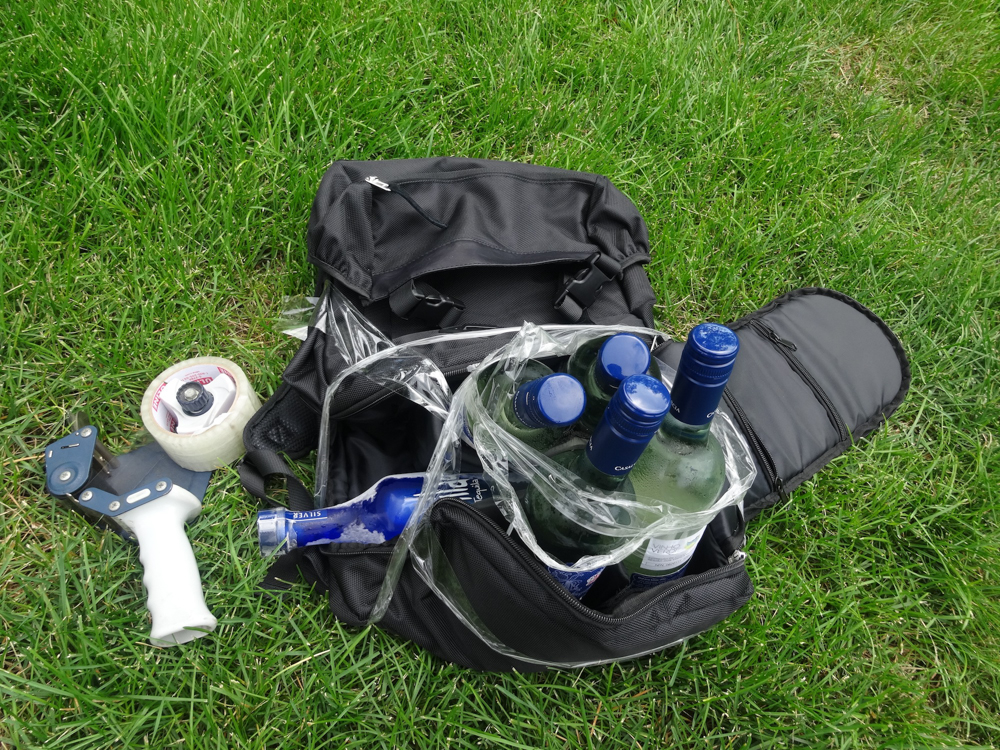 In conclusion: If you’re in the market for a wine bag, this is not the route to go. I’ll put it in terms that you, The Hundreds consumer, can relate to utilizing the Adam bomb logo. The Steven is not the bomb – in fact, for a bag designed to hold wine, it bombs miserably.

Chris lives in East Brunswick, NJ, but he’s actually from Slayerville. You can support the rebuilding of Sayreville Skatepark with the purchase of this shirt here.