THE BLOCKCHAIN PRIMER :: How the New Technology Can Make or Break Our Future

Bitcoin is more important as a symbol than as money.

Sure, we all dream of getting rich off Bitcoin. We’ve all heard the stories. But this get-rich-quick mentality is a relatively short-sighted approach to blockchain technology, the platform on which crypto is based. Bitcoin mining is getting harder and harder, and fewer and fewer people, over time, will be able to speculate in Bitcoin and get rich.

This is without even considering how volatile the currency is– it shot up in value up so fast that sharp financial minds are wary of using it as practical money; they fear it’s too unstable. Its huge spikes in valuation are incentive for people to hoard it, instead of circulate it, which defeats the point of a widely adopted currency.

But (as many experts have noted) there’s enormous potential in the underlying blockchain mechanism. That tech, maybe more than bitcoin or digital currencies, has the potential to change the world. But to understand the nature of that change, you have to understand three key things.

Much has been made about how complex blockchain tech is, but its implications are stark and simple: the blockchain is potentially a way for us to trust each other—without banks, or companies like Paypal or Facebook or Uber or Amazon verifying everything. Blockchain could allow us to do a lot of the stuff those companies do already, but without a middle guy (the company) owning and keeping track of all the data.

It does this with something called a “distributed ledger.” This ledger keeps track of information and transactions and stuff just like these big companies do, but it can do it without anybody in charge—the database and its security are handled by a bunch of computers spread out but working together, using math that’s impossible for anybody to crack. No one person is in control, because the math keeping everything secure and verifying each transaction is handled by everybody in the network.

And with systems like Ethereum, you can do more than just trade cryptocurrency with blockchain—you can also build applications and make secure contracts on top of it.

Get-rich-quick schemes are as old as time, but the Bitcoin financial explosion did introduce something crucial: it put a multi-billion-dollar bug bounty on blockchain. If someone figured out how to hack it, they’d be shit-rich. But Bitcoin’s been around for nine years, and nobody’s done it yet. This is veritable proof that the underlying technology is solid.

For lesson one, here’s a good primer. It’s a sort of outline of how blockchain technology works. 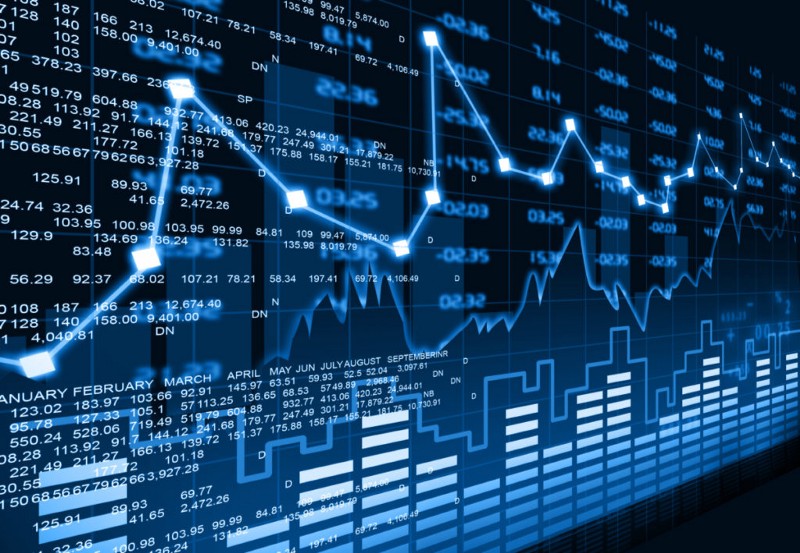 Our second lesson is about the potential of this technology. Why does having this “distributed ledger” help us?

Well, if you believe Steven Johnson, it could solve a whole, whole lot of problems that the internet has recently created.

Facebook’s come under fire on the world stage for the way they contributed to the Cambridge Analytica debacle and the election disaster, and Mark Zuckerberg had to answer a lot of questions before congress. A specific kind of fear underpins everyone’s distrust of Facebook: fear that they’ve become too powerful.

Despite the complexities of the discussion, everything really stems from that. They have everyone’s data, they can use it to manipulate what everyone sees, and there are no really good alternatives to the platform, specifically because they have that data: the social graph, our connections to one another. If we left, we’d have to build that all over again.

But what if we didn’t have to rebuild it from scratch? What if that data belonged to us, and we could take it with us when we left, via secure blockchain tech? And just plug it into a different social platform?

Imagine if Facebook had to pay YOU to use your data for advertisers.

Once you see that possibility, the impact of this tech becomes clear. So many of our worries and fears about Big Technology and their abuses of power stem from one thing: their control of our data. If we could take that identifying data with us, from app to app and platform to platform, in a secure way, the digital landscape gets flattened out—things become more like the early internet again, with lots of cool companies competing to provide various services, with our personal data locker as the key to all of it.

This is without even addressing what blockchain could do for small businesses (like The Hundreds)—imagine the cool things you could do with inventory and for customer experience if you could assign each T-shirt or sneaker or coconut a unique, and secure, global identity on the blockchain that nobody can fake or tamper with.

Imagine if you called for a ride and three different local Uber-type companies could throw you competing offers in the same app window, but you owned your geographical and financial data yourself. Imagine if Facebook had to pay YOU to use your data for advertisers. These are the kinds of massive changes we’re talking about.

If you buy this article from The Atlantic, though, blockchain’s implications aren’t all rainbows and unicorns.

Mainly, the argument here is that if we all need to have this locker of personal data to use public and private services—if everything in our lives from rent-paying to hot-dog-buying is run on the blockchain—then anyone without that data locker is in deep trouble. There are still people in the world that lack access to digital technology.

The more cautious posit a sort of “number of the beast” scenario where each person’s decentralized personal database could be used by authoritarian governments, or by those same old corporations, to judge their trustworthiness, deny them healthcare access, or do other nefarious things.

This, for me, is somewhat difficult to imagine—because the big idea-makers in blockchain and distributed ledgers are currently focused aggressively around making that data available only at the discretion of the citizen (the project in the link is spearheaded by Tim Berners-Lee, one of the literal inventors of the internet). Consumers will probably reward ventures like that, since we’re all sick of other people owning our data. But it would be naive of me to assume that this technology could never be used for evil. If, say, the Chinese government decided each citizen had to plug the entirety of their personal data in a specific way to access basic social services, this would be a problem.

This is era-defining technology. The world will be remade based on how we deal with it.

But China doesn’t need blockchain to create this kind of authoritarian nightmare—they’re doing it already. When experts look at a single new technology and paint two scenarios that are this drastically different—one that sounds utopian and the other that sounds like the scorched face of fascist hell—you know one thing for certain: this is era-defining technology. The world will be remade based on how we deal with it.

As usual, how we deal with it will depend, in large part, on how well we educate ourselves about it. Hopefully this listicle will play some small role in that. One of the biggest mistakes we’ve made when dealing with any of these technologies over the past few decades—from social networks to machine learning—is that we’ve relegated them to the realm of the techo-priests. We assume this is something we can’t fully understand, since we’re not technologists or programmers.

This makes us powerless to make decisions about it. That much was clear from the questions Congress asked Zuckerberg: they understand so little about the technology he created that they’re barely able to regulate it sensibly.

But the promise of crypto is potentially precisely the opposite. Crypto is a symbol that something as fundamental as currency can, if you know the technology, be understood… and hacked. This technology can be a pet that does what we want, and not an inscrutable god that controls us. If we can get inside something as basic as money and change how we relate to it and how it works, we can do that with any aspect of our culture. All we need is the right knowledge.

The Hundreds released the “Crypto” T-shirt today, available only for purchase with a Coinbase account (Bitcoin, Bitcoin Cash, Ethereum, or Litecoin). THE MATRIX HAS US :: The Sci-Fi Classic's Startling Modern-Day Relevance

Devin O’Neill
Neo had “a splinter in his mind”: a native suspicion that there was something beyond the user interface—something underneath the world as it was presented to him. How did human beings lose sight of... Old Man
"My kid was born in 2012. That meant I was getting a much bigger tax return than I had ever seen in my life. To me that meant one thing: I was going to buy some fucking Bitcoin."
HIDE COMMENTS