On April 24, Oakley opened an extra-special spot on Melrose called “Oakley in Residence: Los Angeles,” a hangout for creatives and skaters next to a pop-up skate park, built to “celebrate the culture of skateboarding in its hometown.” The purpose of the space (designed by skaters, for skaters, and co-curated by Atiba Jefferson, Eric Koston, and Art Dump) is to help young participants explore and engage in the creativity that emerges from having a skate mindset. Located at 7763 Melrose Ave., Los Angeles, is free and open to the public until May 10, and open daily from 11am to 8pm, providing a weekly schedule of workshops, exhibitions, athlete meet-ups, skate sessions, and film screenings.

As the first of three #InResidence Oakley brand hubs, the purpose is to celebrate the fuel of obsession in sport – campaign that invites people around the world to join the #LiveYours movement, share their passion and inspire others.

Two quotes from Atiba Jefferson that exemplify #LiveYours through the lens of skate:

“There’s a lot of different things in life that you have to play by a certain rule, a shot clock, a panel of judges. Skateboarding isn’t that. It’s you and your skateboard and doing whatever you want. That, to me, is pure creativity, that’s pure freedom and that’s the same thing when you do any art form by yourself for yourself.”

“Skateboarding is a creative process in the way of figuring out how you want to do something your own way. And that’s the same thing when you do any art form by yourself for yourself.”

We were able to attend the surprise BBQ at the house of pro skater-turned photographer Arto Saari on Sunday as part of the #LiveYours project. Oakley and Arto chose a select group of young fans who engaged with Oakley via the #InResidence space or the #LiveYours tag and had the opportunity to skate with Arto in his epic backyard pool, which has been called a “dream bowl” since it was built solely for skate.

The group of selected fans met up at the #InResidence pop up skate park, not knowing that they were going to be taking a shuttle to Arto Saari’s “dream bowl.” 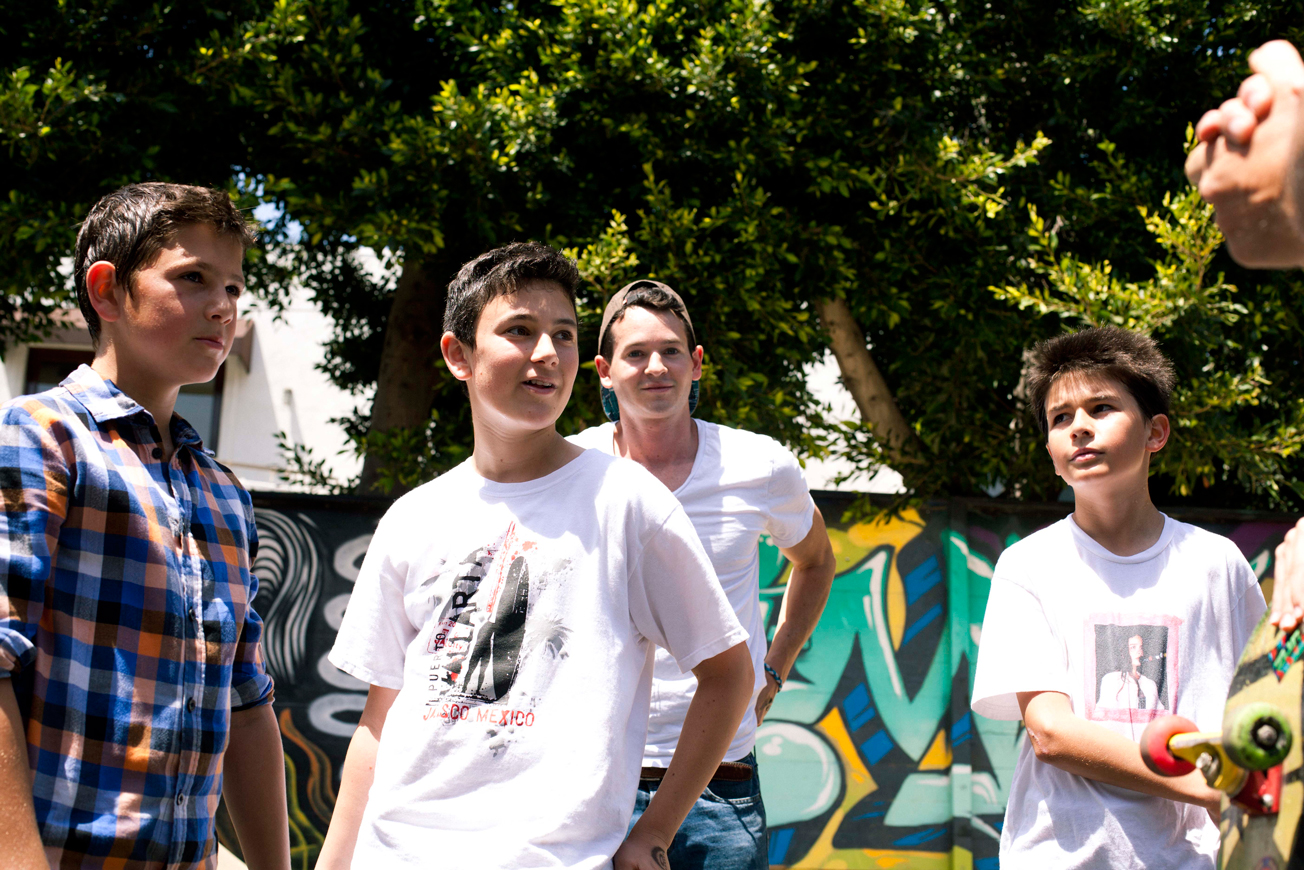 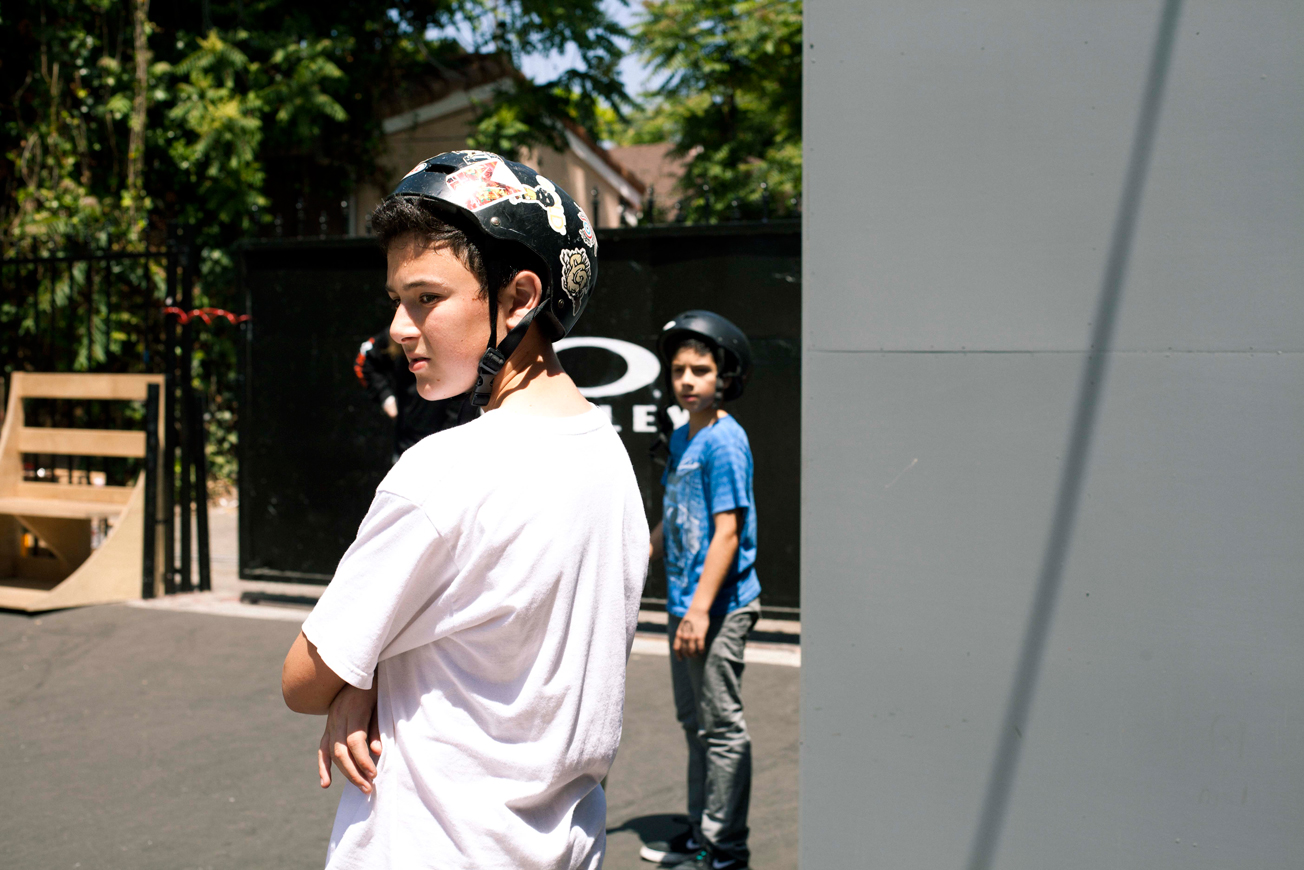 The shuttle pulled up to take us all to Arto’s house. The kids were stoked. 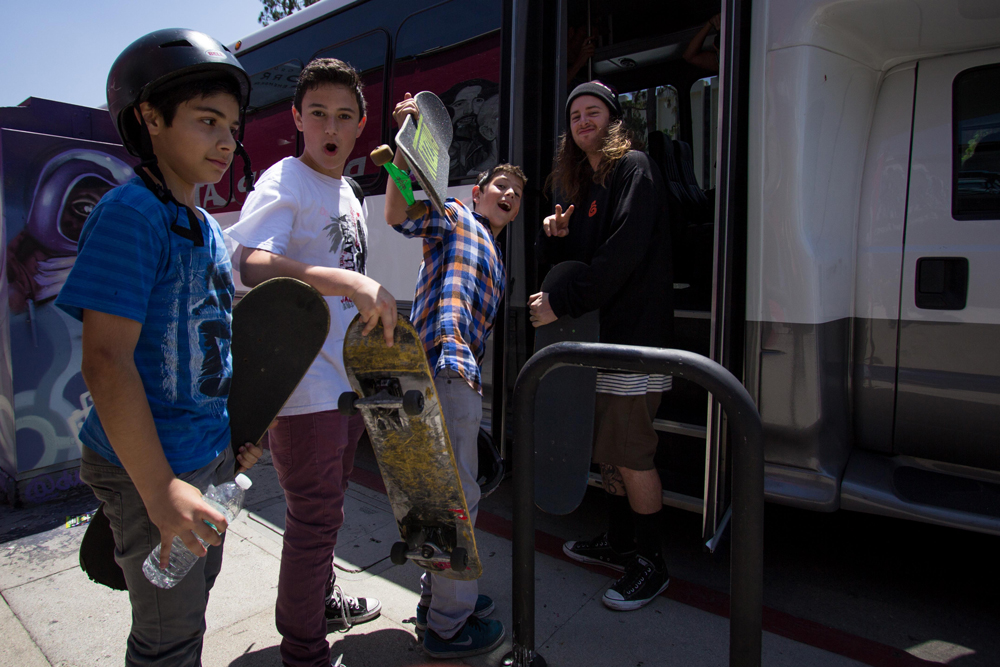 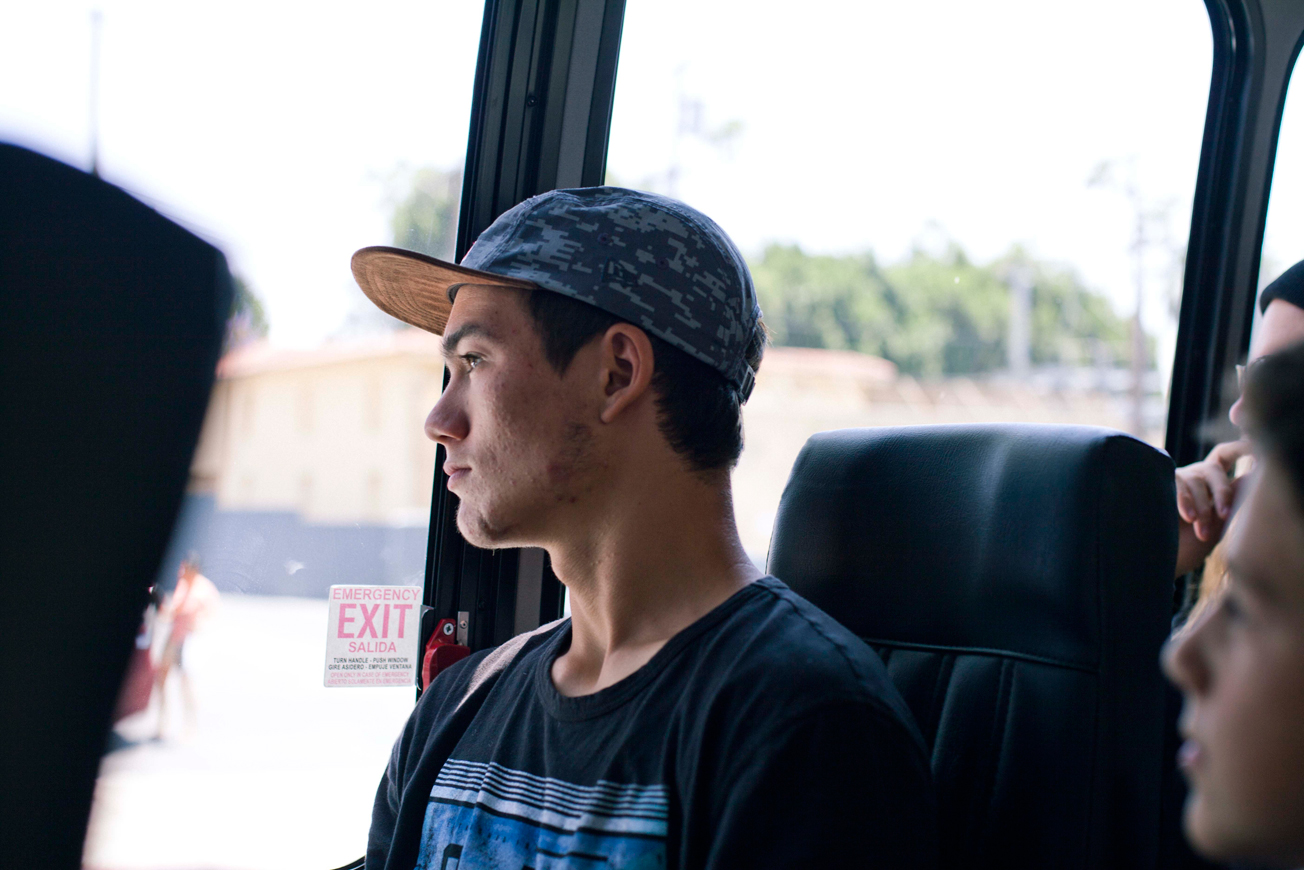 Anticipations were running high during the shuttle ride! 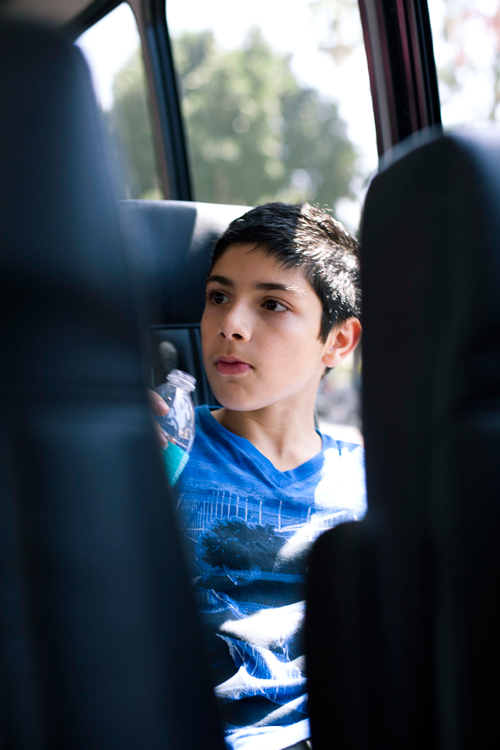 At Arto’s house, the boys listened to his instruction, since they’d never skated anything like his backyard pool. 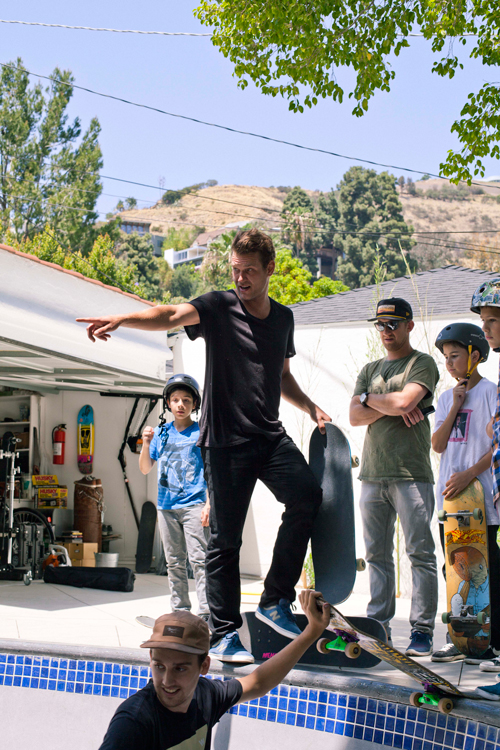 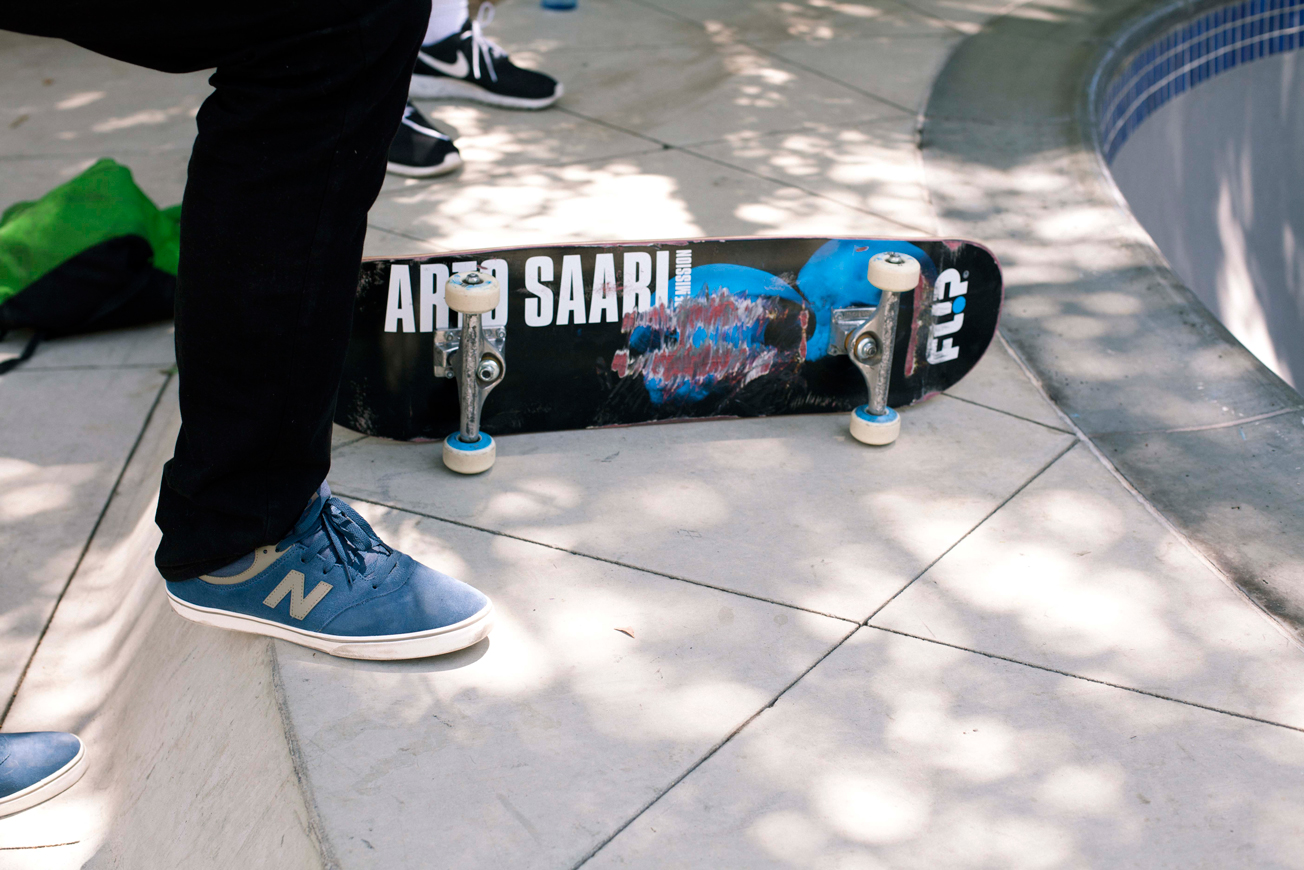 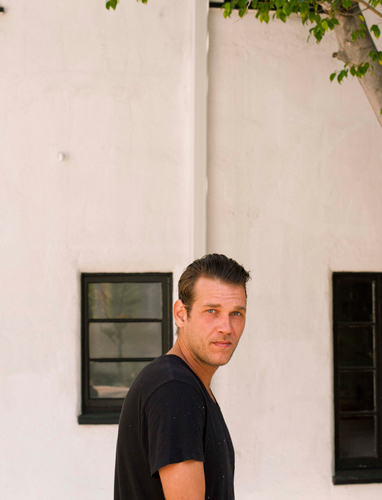 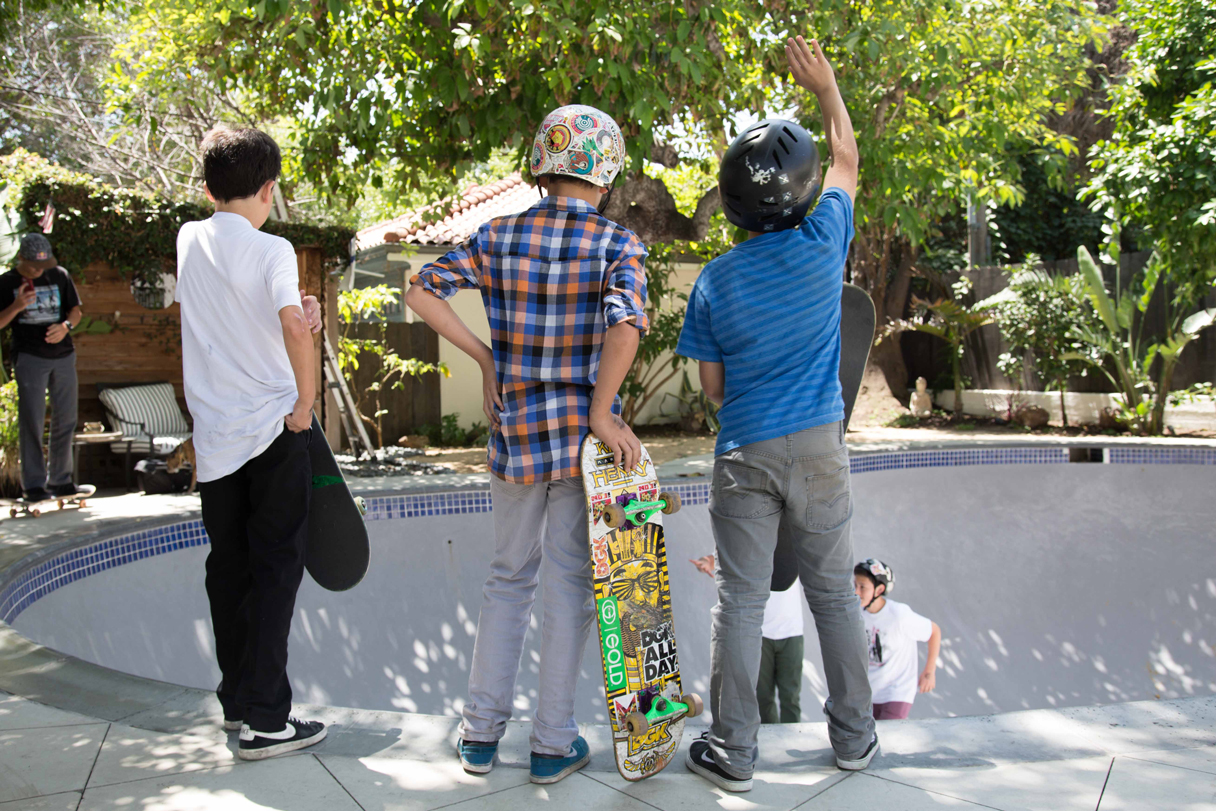 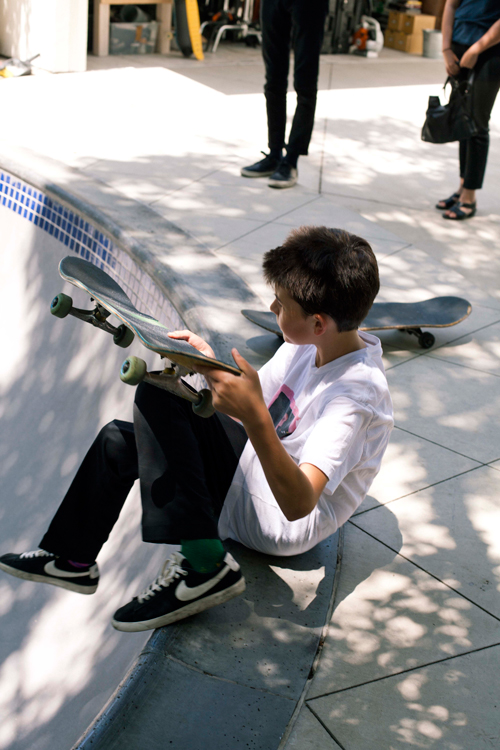 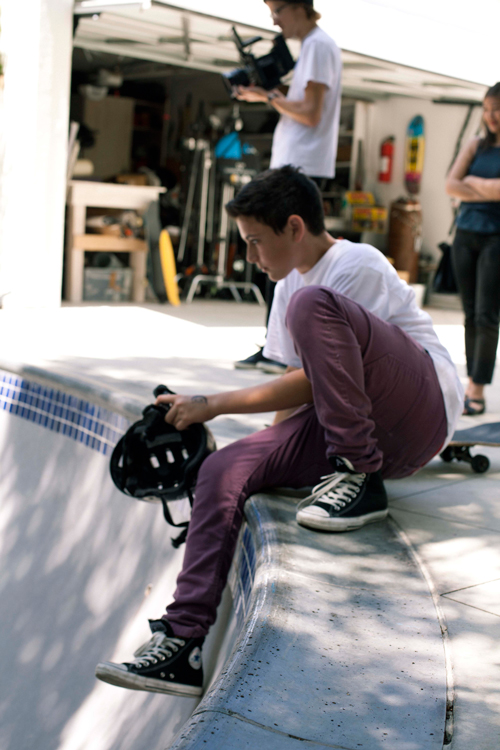 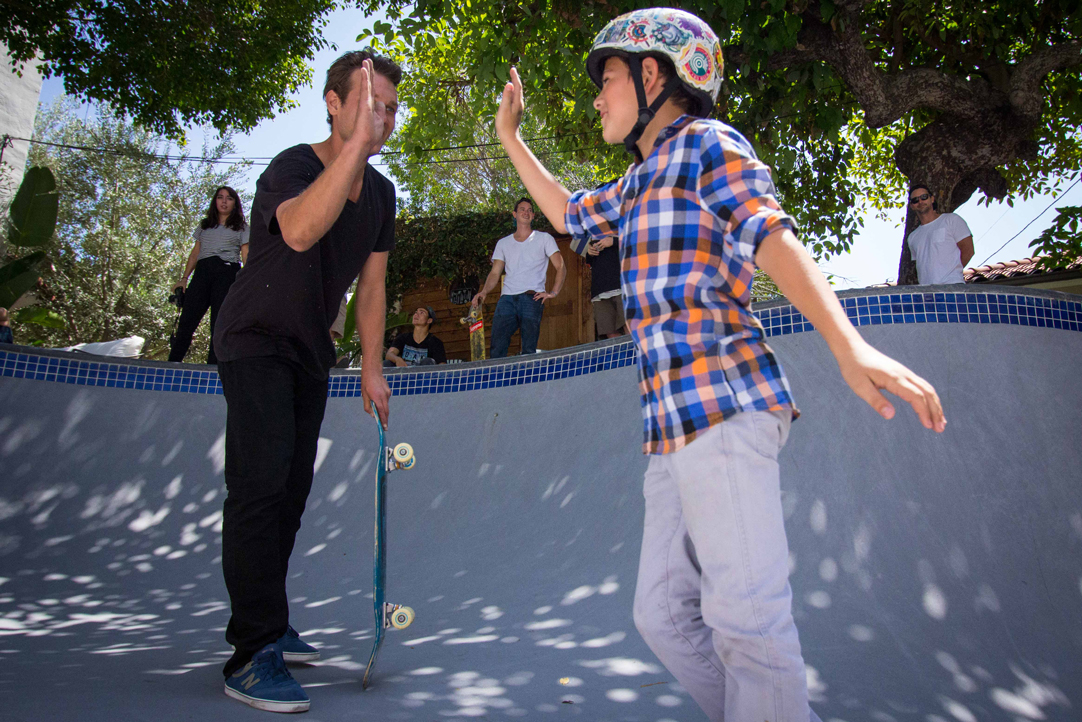 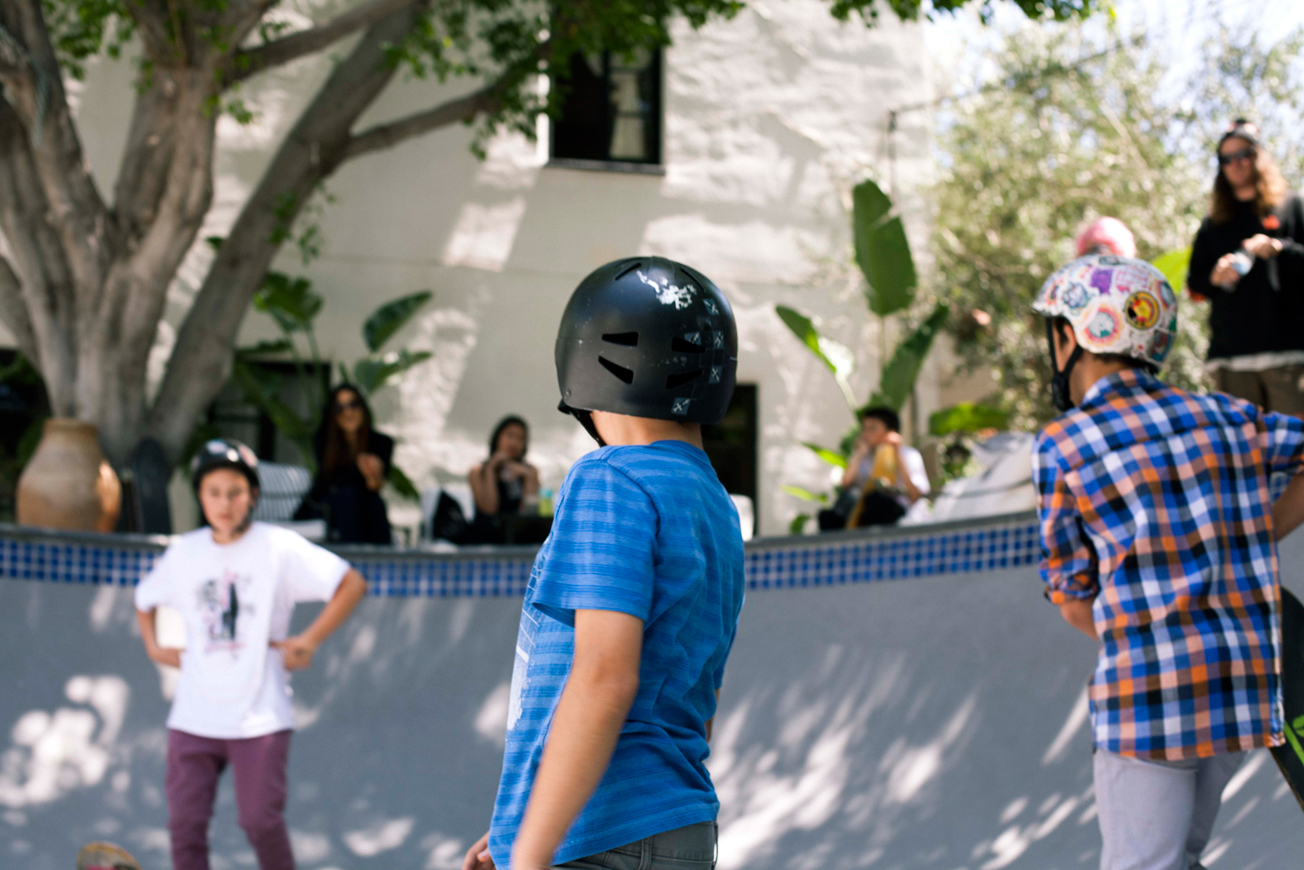 The BBQ was delicious. We munched on grilled chicken, mac & cheese, cornbread, and hot dogs in the shade of Arto’s backyard. 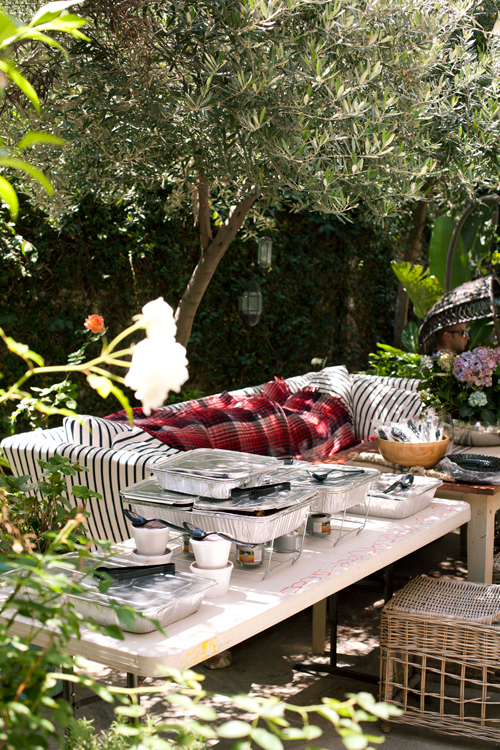 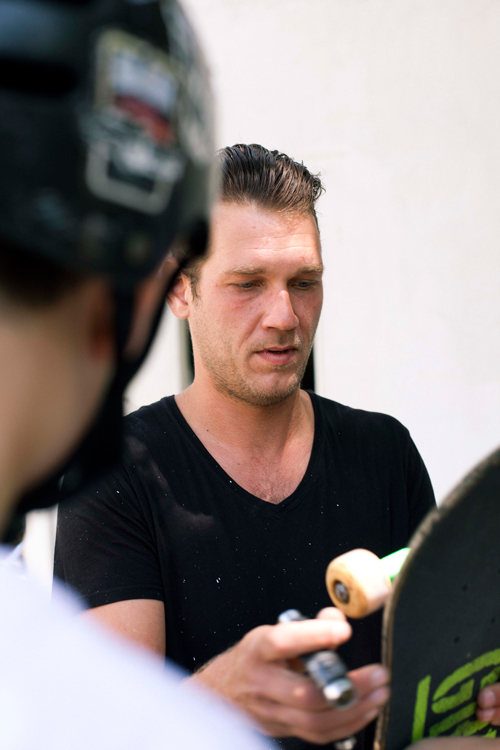 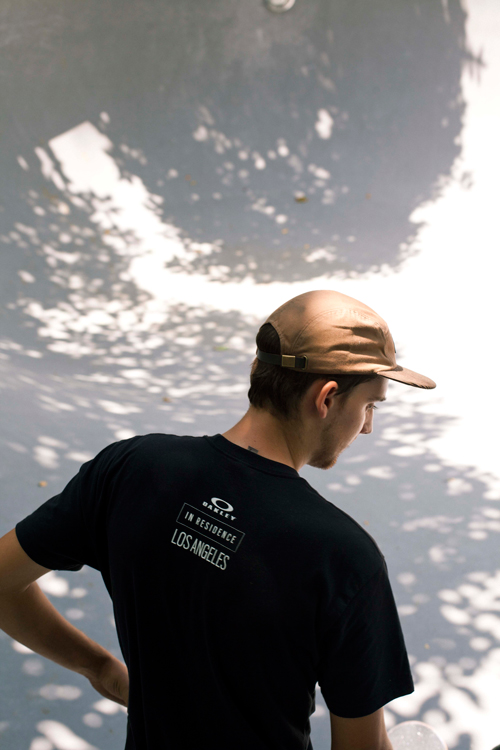 Arto Saari took shots of the kids themselves to give them printed and signed as a gift to add to the experience. 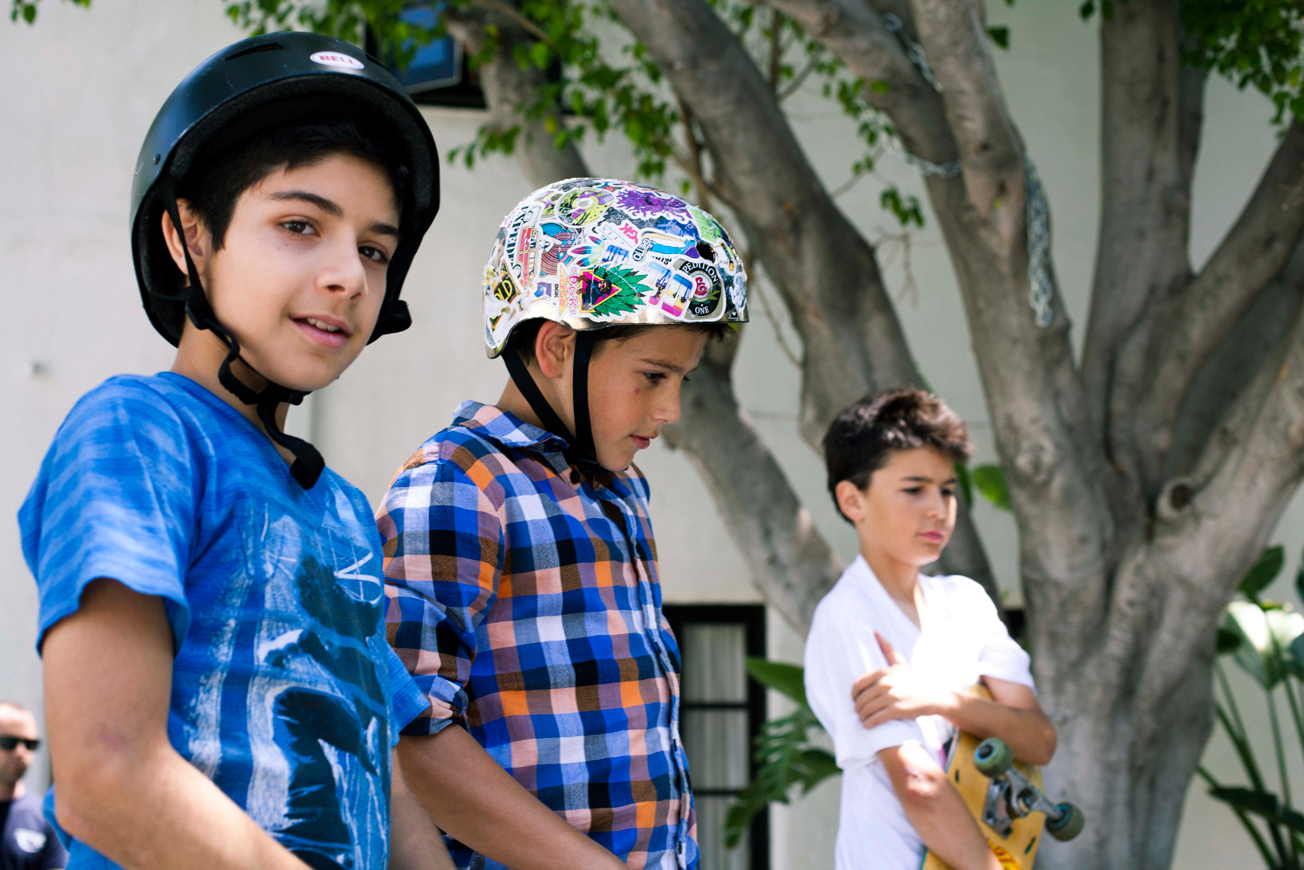 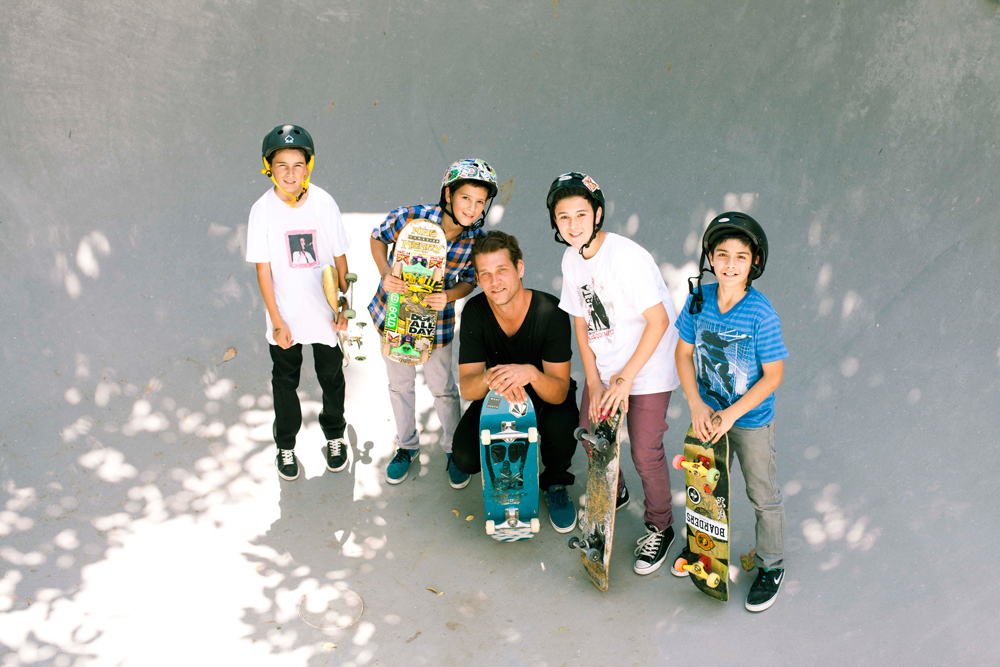 Thanks Oakley and Arto Saari for a Sunday for the books!

Readers in LA, beginning this Friday, Oakley in Residence will have an exhibition featuring women in skate. Be sure to check it out this weekend at the space.