Anybody Know the Wifi? :: Last Month's Happenings in Toronto's Underground

Chief shares a behind the scenes look into what’s happening in Toronto’s underground.

I’m baaaack! You know when villains say that in movies when they get out of jail or somehow escape what would normally be insurmountable situations that should kill any man woman or dog in half a second? Well, that triumphant vigor is how I currently feel. Many of you probably didn’t notice, but I’ve been MIA, “in the field,” or “out here” as I’d normally say, and haven’t had the opportunity to post as much as I would have liked to. Luckily though, things have calmed down and I can get back to doing me.

So I figure that for my welcome back post, I’d share what I have been up to over the past month. It ranges from curating art shows with Toronto’s newest creative collective ACC, assisting in throwing ILLROOT’S first-ever Canadian parties in Toronto and Montreal, and a few other highlights in between. 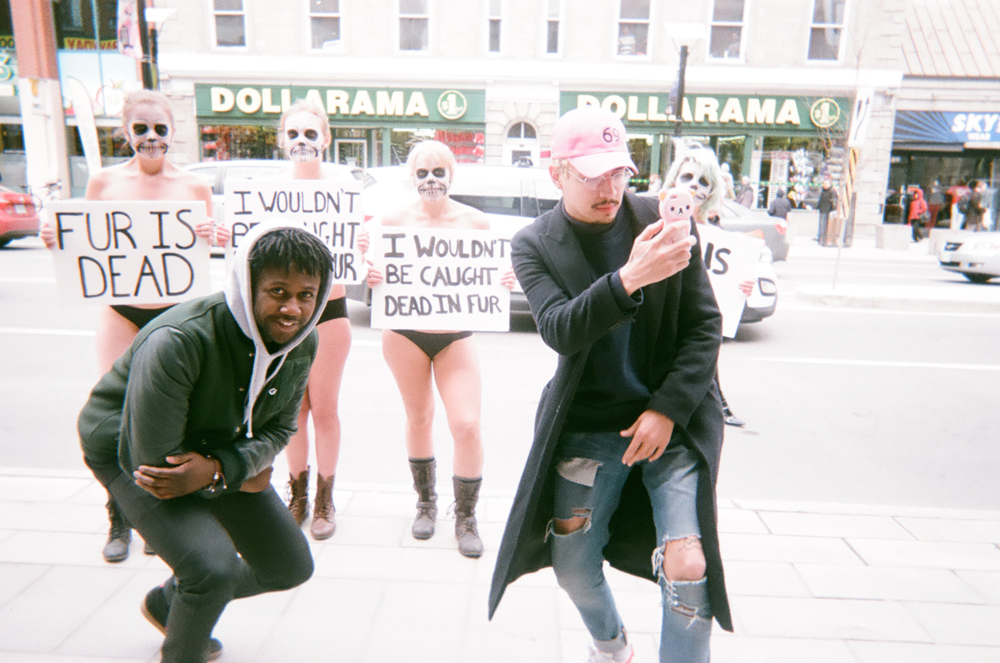 Mention ACC amongst those in the know in Toronto’s downtown, and you’re likely to get some varying answers as to what and who exactly this artist creative is or does. One thing that can be agreed on though is they are a presence. Be it positive or negative, their creativity, innovation, and authenticity demands attention and is currently the talk of downtown Toronto’s art scene. 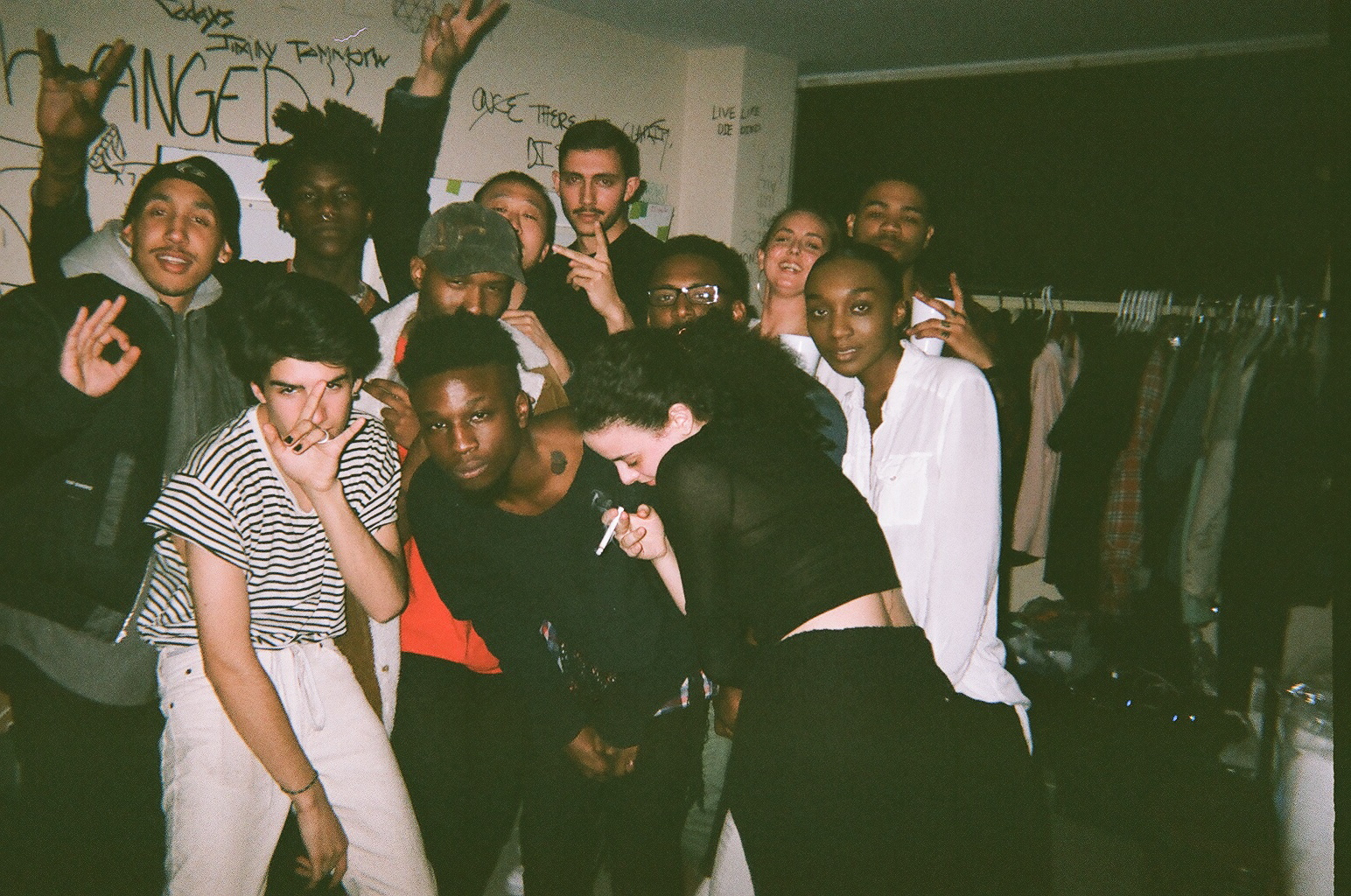 Management and events company NUDE hosts a monthly arts night party at the local Soho House here in Toronto. I ran into one of the founders Zach Roher a month or so before at a previous NUDE event. He approached me and mentioned he was a fan of a disposable camera program I run called Undisposable and that he wanted to feature it on a coming event. 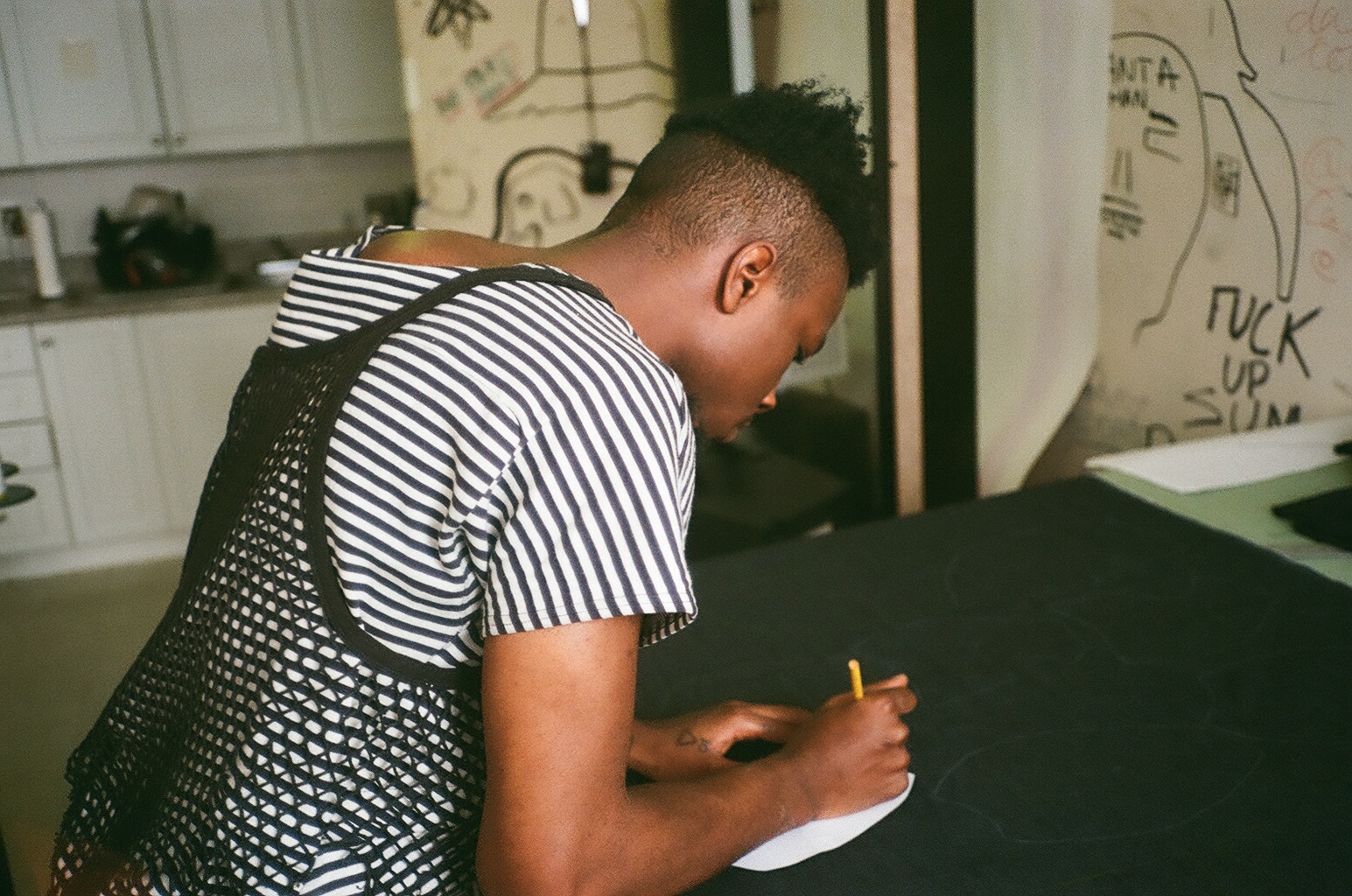 Back track about 8 or so weeks prior to when I stumble upon the ACC guys, a group of dudes who for the sake of the masses could be compared to ASAP Mob without any rappers, the film Kids, Basquiat, all in one. When I met them, they never went to parties, never spoke to anyone, and in general never left their small studio which they all inhabited.

After visiting their studio for the first time, I thought, fuck, this is rad, these guys have something. After proposing the idea to the guys – which they were ecstatic about to say the least – I decided to use the Soho event as an opportunity to present ACC to the world through Undisposable. 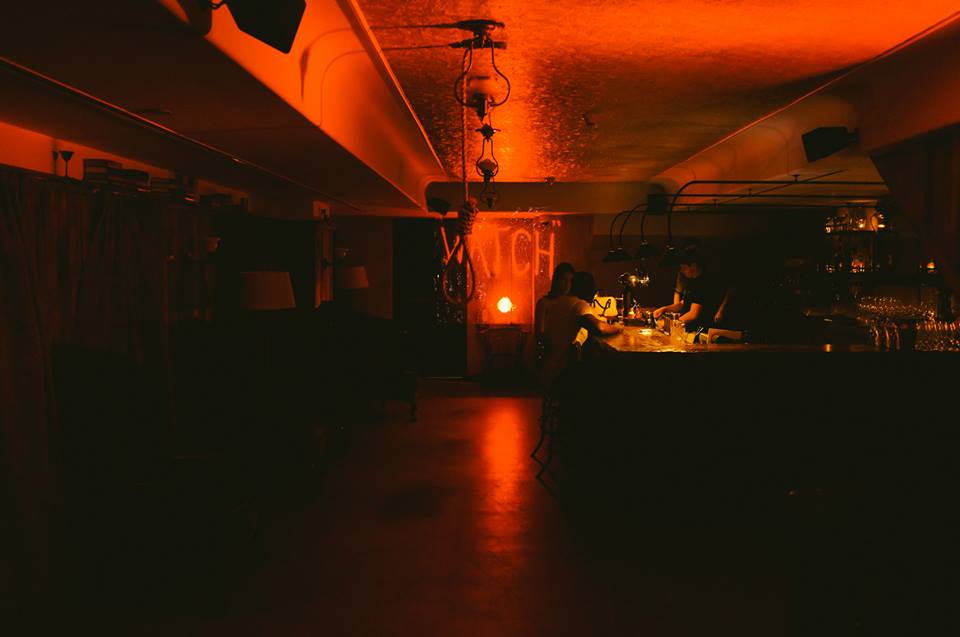 After the success, shock, and awe of the ACC event, I had to keep the snowball rolling. Running on 2-3 hours of sleep a night due to the fact that I work a 9-5 at an advertising firm, then 5pm-infinity building a few other entities that I feel will soon prove to be very prosperous. Needless to say, I was running myself pretty thin as my usual 1 event per month had now turned into 7, three of those being out of town.

The first of these out of town shows was one of my favorites, because I had the opportunity to take two of my very good friends outside of Toronto for their very first times. My homie Cyber 69 who’s originally from Russia and my boy Happy Boy Tona. We had planned to go on a two show tour that took us to Ottawa, the nation’s capital, then onto the city that never sleeps, Montreal. 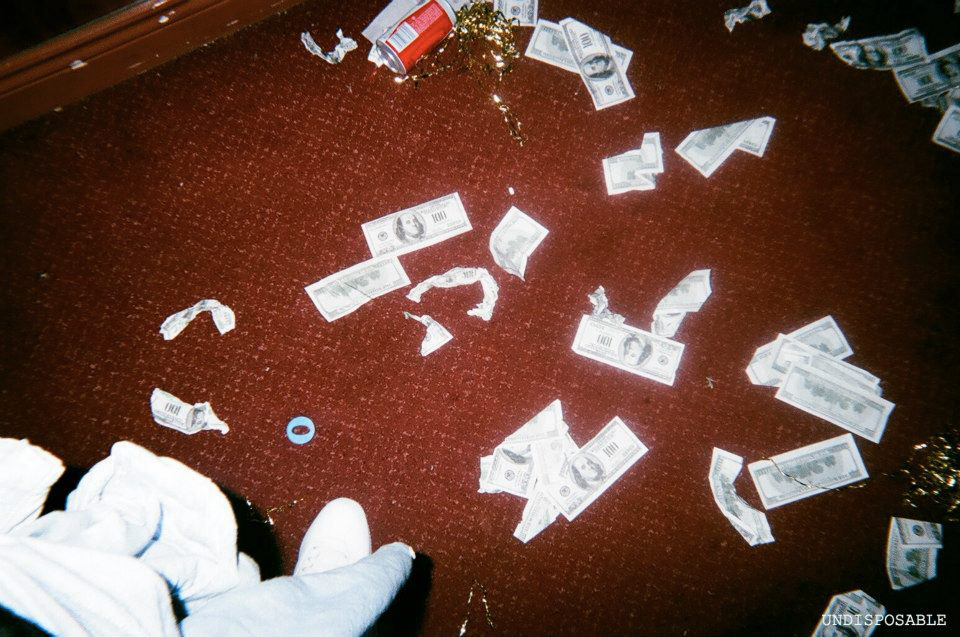 As can be slightly expected from anyone that knows Ottawa, the event was great but lacked the turn up that we were accustomed to. Not ones to whimper or miss an opportunity to have copious amounts of fun, we guzzled our complementary Texas mickey of Grey Goose and the rest of the night was history. The next day, we made our way to Montreal to shut down APT 200 thanks to Saintwoods family. 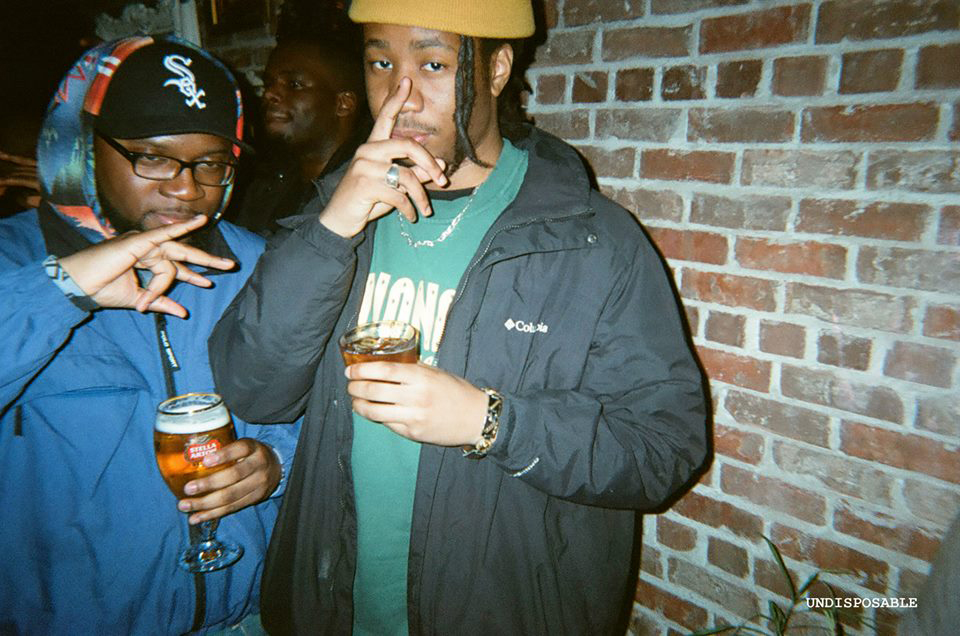 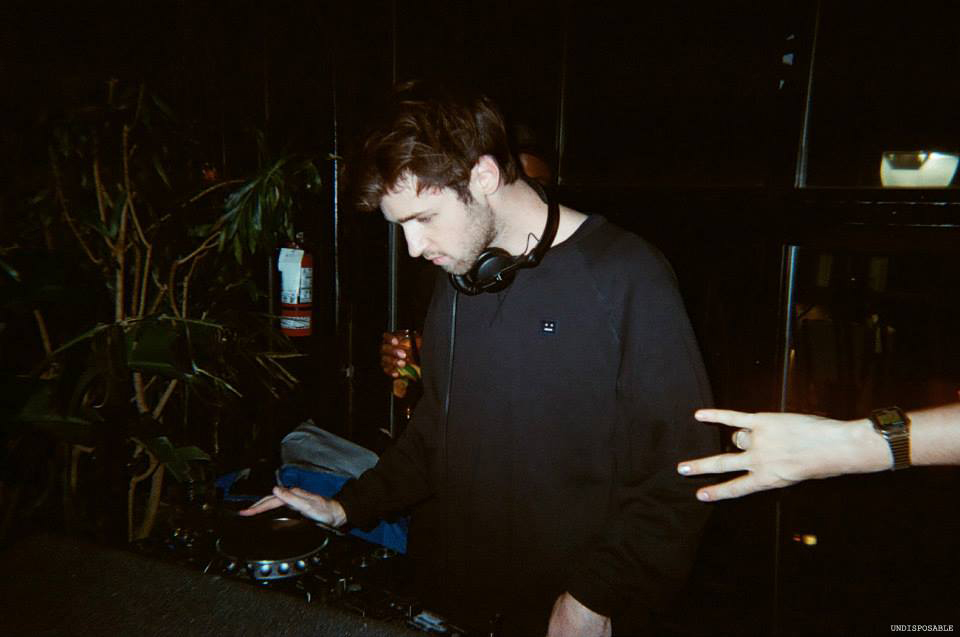 The love that was shown by the guests at the party took me totally by surprise and is the reason why I love Montreal so much now… That and the beautiful women, but everyone says that about every city they visit. SUFFOCA :: The Bread & Butter :: There's No Growth or Success Without Change

Boyce
Suffoca shares his second 'behind the scenes' for an inspiring look into what a freelance creative's globetrotting day-to-day looks like. Chris Danforth
How can we assess the impact Canadian menswear designers have had in the fashion sphere? It’s hard to make the argument that Canada is sleeping when it comes to boutiques and brands that are holdin... Boyce
“I like to keep moving, even if I don’t know where I’m going, curiosity always gets the best of me. It’s lead me to dodgy parts of town, secret gardens and in to some of the most bizarre coincidenc...
HIDE COMMENTS