When did you first start taking photographs?

After high school, my dad gave me his SLR for a community college photo course. I did my semester in the darkroom, and then really didn’t start shooting again until I moved to San Francisco in 2005. But I’d say I didn’t really get on my grind for another year after that. Or at least 2006 is the earliest year for a photo I would still show today.

I work mostly at night so that limits my subject matter, but I have grown to appreciate how that edits my work. It can be anything really just most of the time it happens to be pictures of people and dogs and piles of trash and other such things. 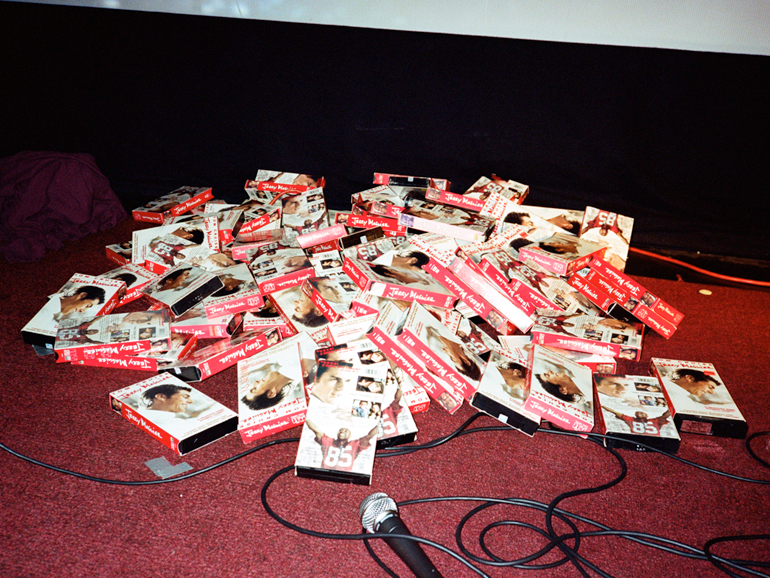 What are your favorite subjects to shoot?

It has to be spontaneous or assembled in the moment with collaborators. It has to have several different themes or levels or questions happening at once. I work mostly at night so that limits my subject matter, but I have grown to appreciate how that edits my work. It can be anything really just most of the time it happens to be pictures of people and dogs and piles of trash and other such things.

The series that makes up my website, NO JOKES. I tend to work chronologically, putting out zines of new photos from a set chunk of time. Kind of a portfolio, NO JOKES is my attempt to look at four years of work and ask myself what the fuck I have been taking photos of. A theme in my work is the balance of funny and sad and these photos tend to walk that line well. An alternative title might be “Laugh Now, Cry Later” but that’s hitting the nail on the head a little too hard, even for me. There are about twenty-five more photos in the series, and those will go up eventually. 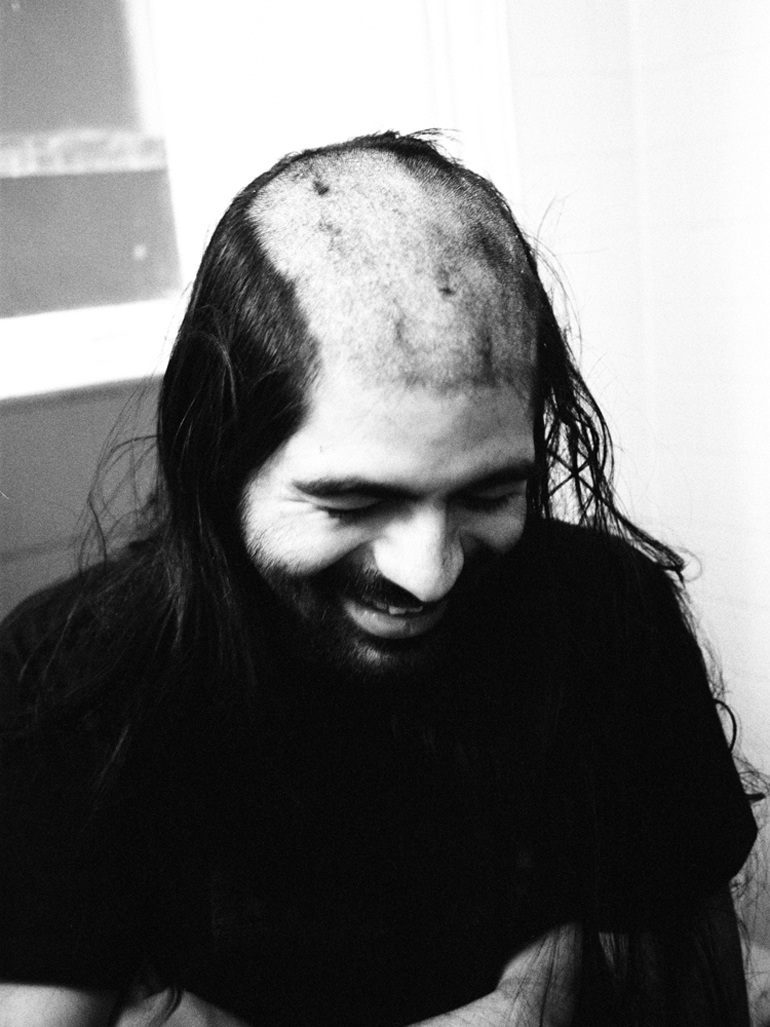 Who or what are your photography influences?

Garry Winogrand’s The Animals was one of the first photo books I ever purchased and I still draw inspiration from it. Your first bite of that book tastes funny but the aftertaste is really sad, I love it. It’s definitely one of the books that sent me on my current path.

Film or digital? Color or B&W?

400 speed film, mostly black and white, but kind of seeing the appeal of color these days. I’ve got a collection of point and shoots, nothing much else works for me.

How did you get involved with Hamburger Eyes?

I fell in love with the magazine as a subscriber and super fan. I bought anything and everything they put out. Ask Ray Potes, he knew what street I lived on when I introduced myself to him for the first time. He posted a message online about wanting an intern and I guess I was the only one who applied. I worked at the Photo Epicenter for two years helping with the lab and gallery, while helping Ray in any way I could with the magazine. From there Ray offered to sell my zines, started throwing my photos in the mag and it went from there. Even though I live near LA now, Ray and I still talk all the time, and collaborate on projects and all that stuff. I think I’m a Junior Editor now, at least that’s what I tell people…

…the magazine [Hamburger Eyes] has been a weird driving force for me from the beginning, and now that I’ve spent time on the inside I feel more inspired than ever by it. 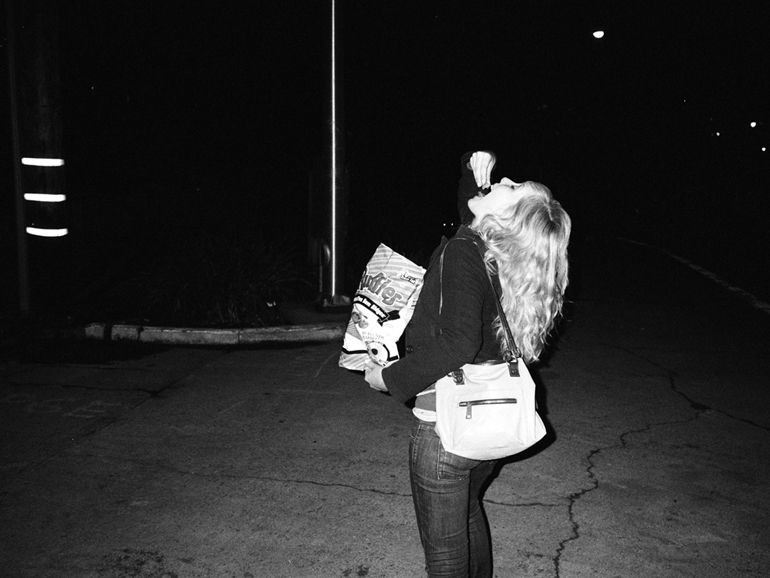 How have Hamburger Eyes influenced your work?

I’ll put it this way; I studied issues 8, 9, and 10 nearly everyday before I ever met Ray. I never studied photo history or anything so I really didn’t have much other influences besides those issues. When I moved to San Francisco it was my dream to maybe one day have photos in Hamburger Eyes. Once I really started shooting for a year, they posted the deadline for photos for issue 11 and that became my goal – to have photos to submit before the cutoff. So yeah, the magazine has been a weird driving force for me from the beginning, and now that I’ve spent time on the inside I feel more inspired than ever by it. I think I have grown since then but at my core I’m still trying to take photos I think would fit in an issue.

You are a part of Celly Brain – what is the concept behind that zine?

Celly Brain is really the next logical extension of the Hamburger Eyes universe. It’s cell phone photos from the extended Hamburger Eyes family and if you’re looking at the zines it’s hard to tell it from a normal issue of the mag. The new website dedicated just to Celly Brain will hopefully bring the vibe to the masses, it’s a beautiful thing. 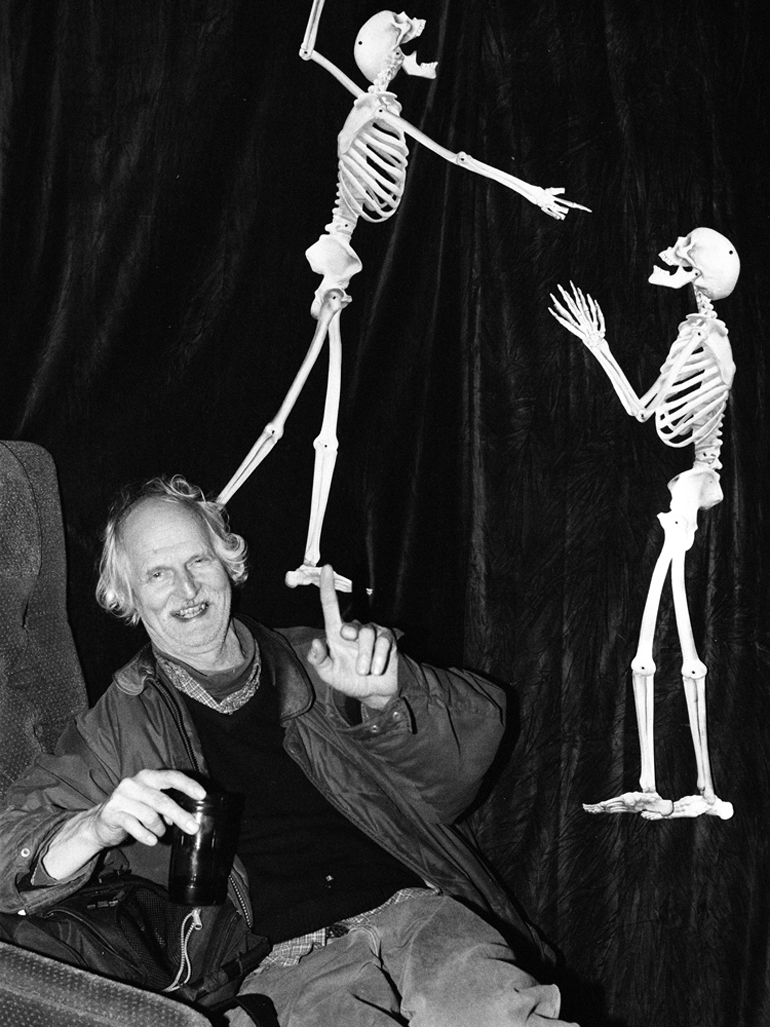 How do you think the Internet has changed the way people take pictures?

It’s the ideal way to share photos but a horrible way to experience them. The pendulum always swings to the extremes first, and I think we are experiencing that now with the internet and photography. With independent books and zines on the rise again I kind of feel a balancing out happening.

What made you decide to create your website “Dancing Alone to Pony“?

I love YouTube. Not in the fun viral video sort of way, I am talking about loving to dig deep into the archives to find the most authentically strange human behavior recorded on a webcam and then see what the related videos are. I think I was looking for the music video for Pony and then found a video of someone dancing to it alone in his or her room in a related video. Well that lead me down a very strange rabbit hole and I knew I needed to collect these on a tumblr as I found them. Seventy some videos later I start to think the well has run dry but no, I keep finding them and my heart continues to turn blacker and blacker towards the planet Earth.

What has the reaction been? Does Ginuwine know about it?

It has been so great that I started to feel bad and recorded my own. I snuck it in under the radar, trying to clear my conscious a bit. That helped a little until unbeknownst to me the video was passed around my work. Me and Dancing Alone To Pony are even. He [Ginuwine] does, he tweeted about it after an interviewer asked him about it. I won’t stop the site until Ginuwine himself posts his own video to YouTube. I need it to happen so I can stop my obsession with it.

I love YouTube. Not in the fun viral video sort of way, I am talking about loving to dig deep into the archives to find the most authentically strange human behavior recorded on a webcam and then see what the related videos are.

What have you been working on? Any upcoming projects?

Speaking of photography and the internet I have been shooting a lot the last four months or so since my last zine, but not getting scans made. Instead I’m sharing and editing 4x6s prints with a select group of friends. It’s really a different way of working for me, it’s hard, not sure if it’s going to work, but I’m having fun trying. I’m going to shoot like this until summer 2012 and a big zine/book published by Hamburger Eyes will be the result. 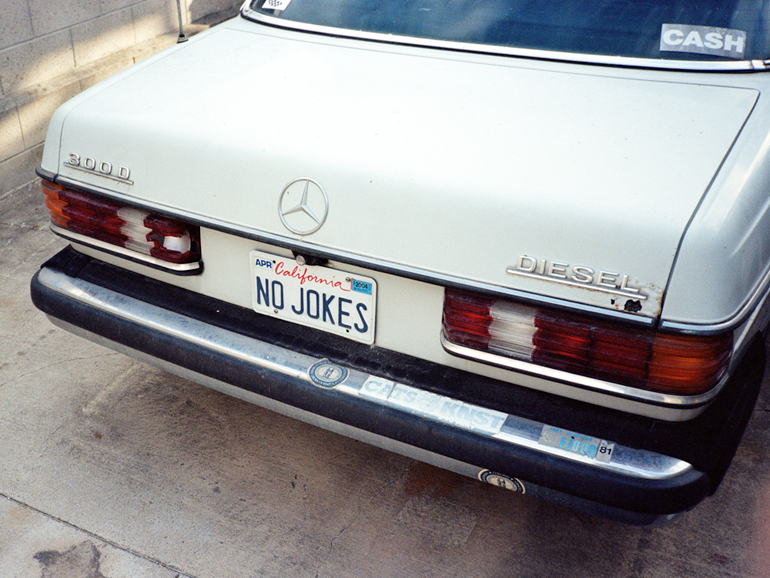