Undefeated x Nike – Undefeated and Nike will be dropping their much-anticipated premium Dunk High this weekend, and along for the ride is a collection of athletic sportswear. The Dunk Lux will drop alongside a hoodie, crew-neck pullover, and two Dri-Fit T-shirts. The small capsule collection will be co-branded with the Nike Swoosh and Undefeated Five Strikes on the chest, and finished with a subtle “1985” on the back. The collection is set to retail between $38 to $74 USD and will be available in stores and online. 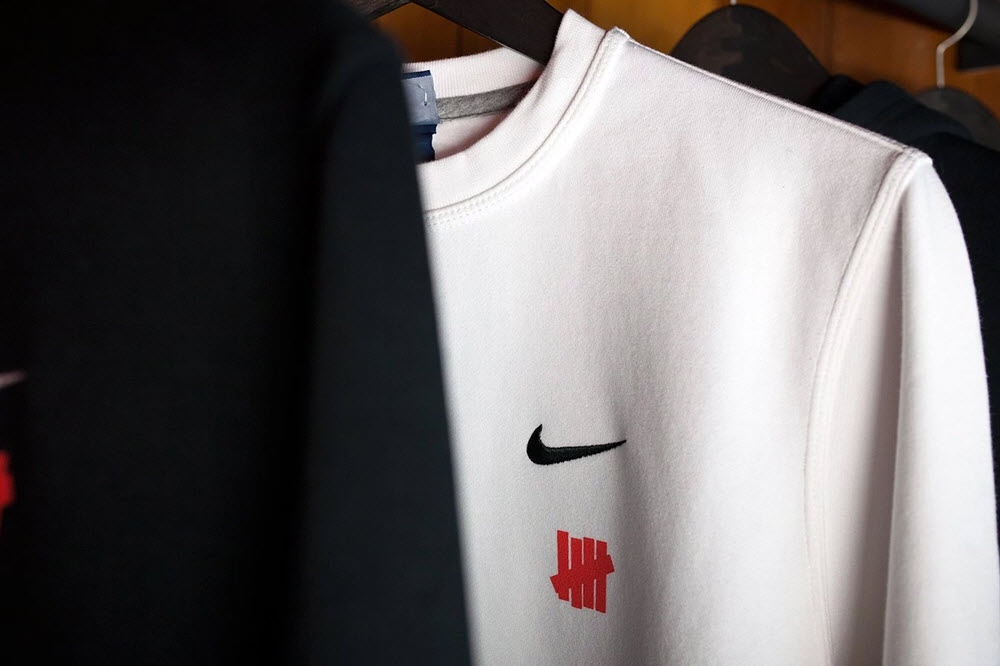 Solebox x ASICS – After the highly-anticipated release with adidas, Solebox is back with another heat-project with ASICS. Dubbed the “Blue Carpenter Bee,” the GEL-Lyte III arrives with a black and electric blue suede and mesh upper with a reflective heel and partly translucent outsole. The Solebox logo appears across the heel and will be available next week April 30. Look for the shoes to be sold exclusively at Solebox in Berlin and Munich with a later release to select ASICS accounts. 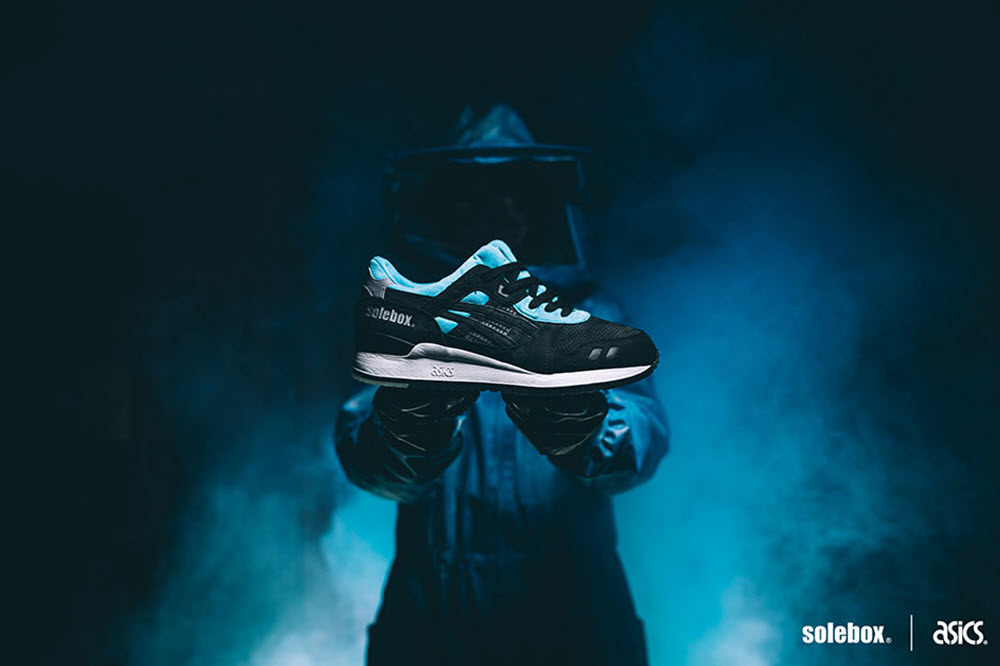 Reigning Champ x Portland Timbers – Reigning Champ proves their namesake by teaming up with the current champions of the MLS Cup. Last year it was an exclusive with Los Angeles, and now Portland gets the owners with a small collection of premium Reigning Champ textiles. The Timbers will receive a special T-shirt and crew-neck with a custom “Onward Rose City” screen print. There will also be sweatpants that commemorate the championship with a star, and a track jacket featuring the Timber’s crest. 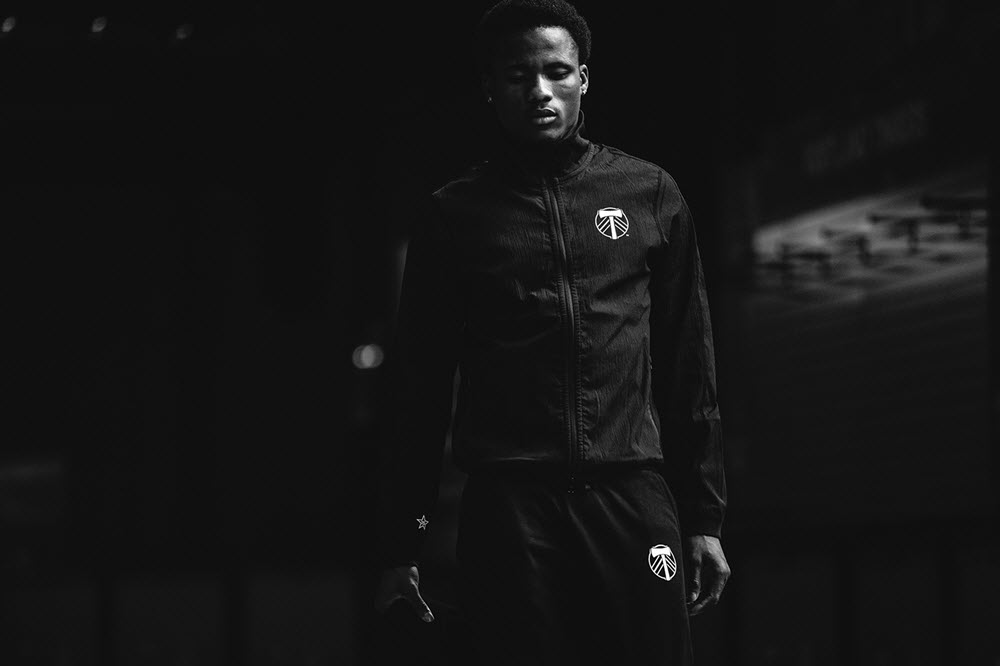 Stussy x G-Shock – Spring is usually the time for brands to play with colors. With the bright sun and warm breeze, pastels are usually the theme this time of year, but Stussy has something else in mind. For Spring, the SoCal brand teams up with G-Shock once again for two exclusive DW-5600s. Using a bright white and a black matte, the monochromatic pair of timepieces come with a brick-themed face and custom G-Shock tins. Both colorways are available in store and online now for $185. 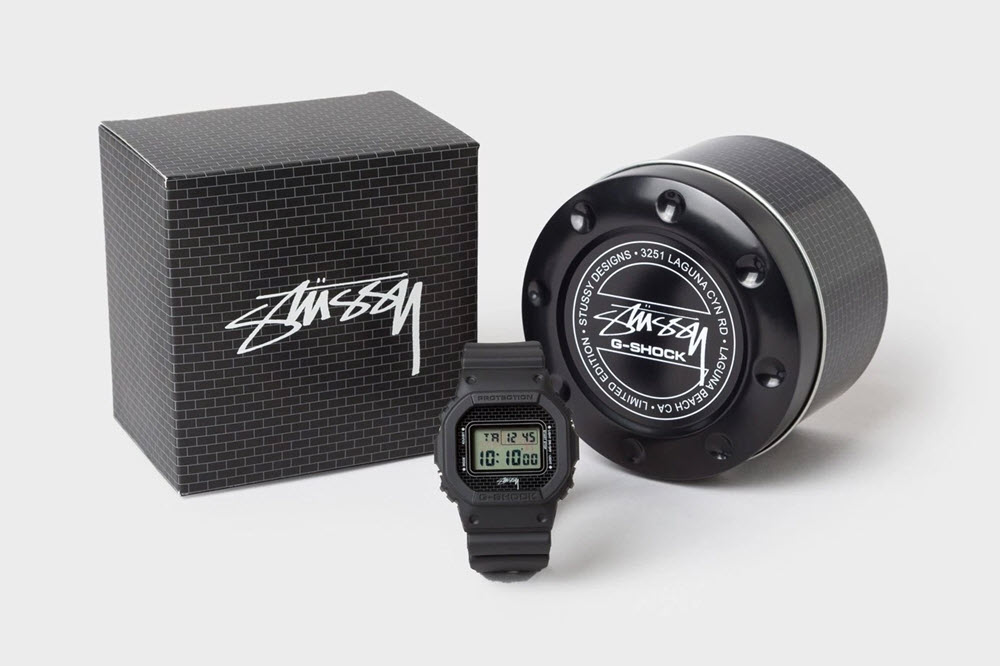 Anker PowerHouse – Religious zealots and doomsday prophecy believers need to look into what Anker has for the upcoming apocalypse. The company best known for their powerful external chargers now has a massive battery to power all your devices if you happen to want to live off the grid. The PowerHouse is a compact generator that has enough juice to charge even the most hungry smartphone up to 40 times, and has outlets to also power up your laptop. With 434 watts of power rigged into its aluminum housing, the PowerHouse is also rugged and compatible for unlimited solar power charging. 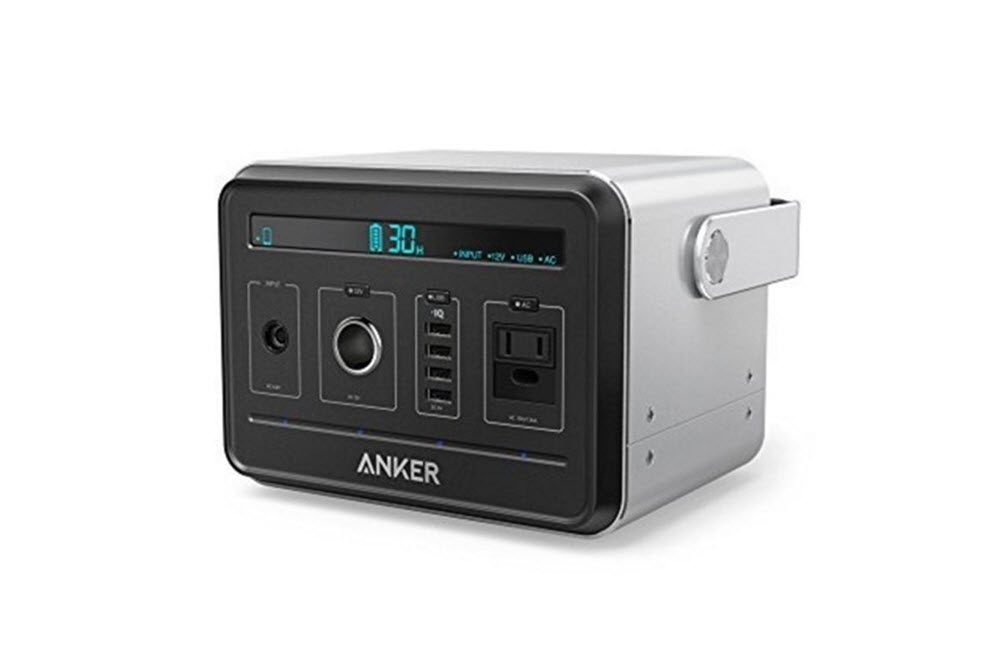 OVO Spring 2016 – With flagship stores in Los Angeles and Toronto, Drake’s Octobers Very Own (OVO) continues to makes strides in menswear. The latest drop is made in anticipation of Drake’s upcoming studio album, Views from the 6, and feature a string of essential sportswear. Thick fleece hoodies and sweatpants are draped in camouflage and solid tonal colors to be paired with graphic T-shirts and dad caps. There is also a healthy selection of light outerwear and half-zip pullovers. The collection drops in stores and online tomorrow, April 23. 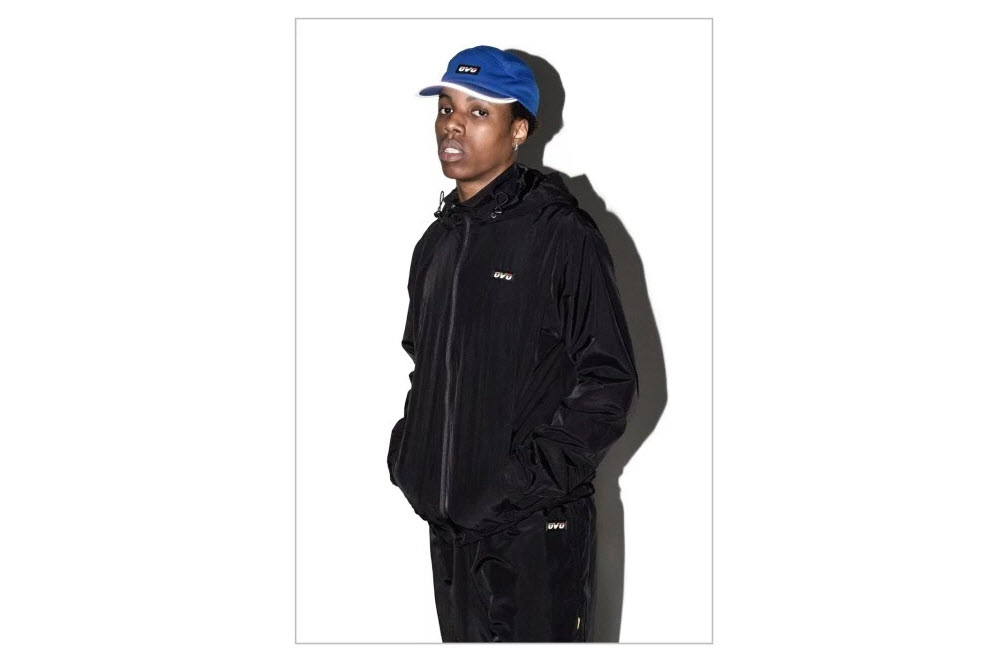 Nike Air More Uptempo White/Gum – Twenty years ago, Nike dropped the Air More Uptempo with Scottie Pippin rocking the big “AIR” in the Olympics. This Spring marks another opportunity for this high top basketball sneaker to shine in its original glory alongside new variants. The latest colorway arrives in an all-white leather upper with a gorgeous gum outsole. The Air More Uptempo in White and Gum is set to drop soon with retail set at $160. 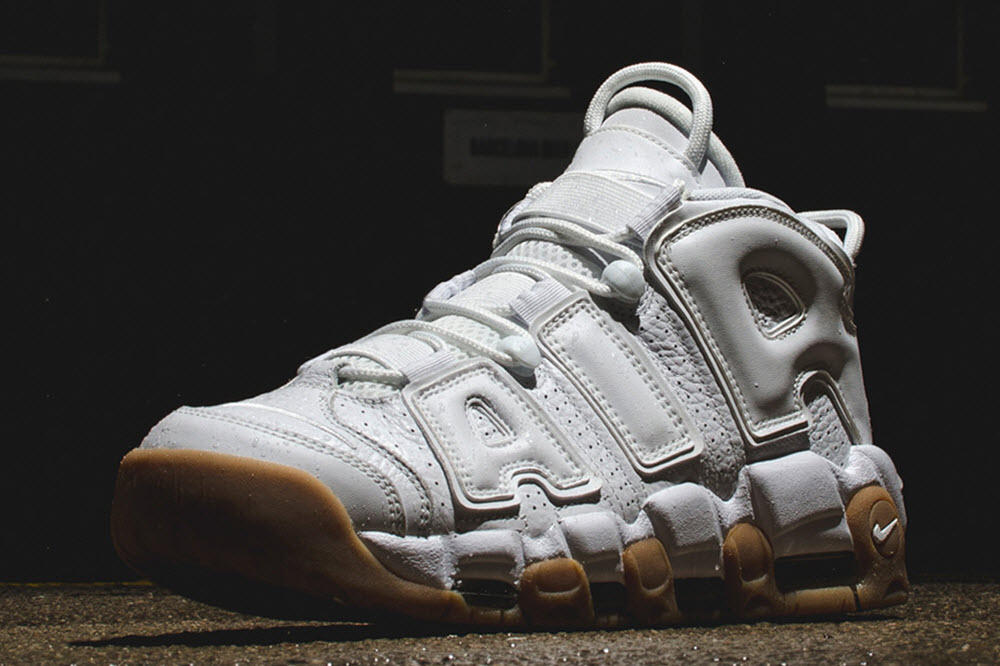 Kaisr Inflatable Sofa – With Coachella in Indio for its second weekend, it’s time to think about ways to lounge in a wide open field. Kaisr has the right idea with a giant canvas bag that quickly inflates to a personal sofa. The Air Lounge is made from a lightweight fabric that can be filled with air with two quick scoops. Once it is inflated, the bag can be tied up to to become your personal lounging chair. It also comes equipped with pockets for your e-reader, smartphone, or a can of beer. The Air Lounge also deflates in seconds, and packs up in a nice small pouch. 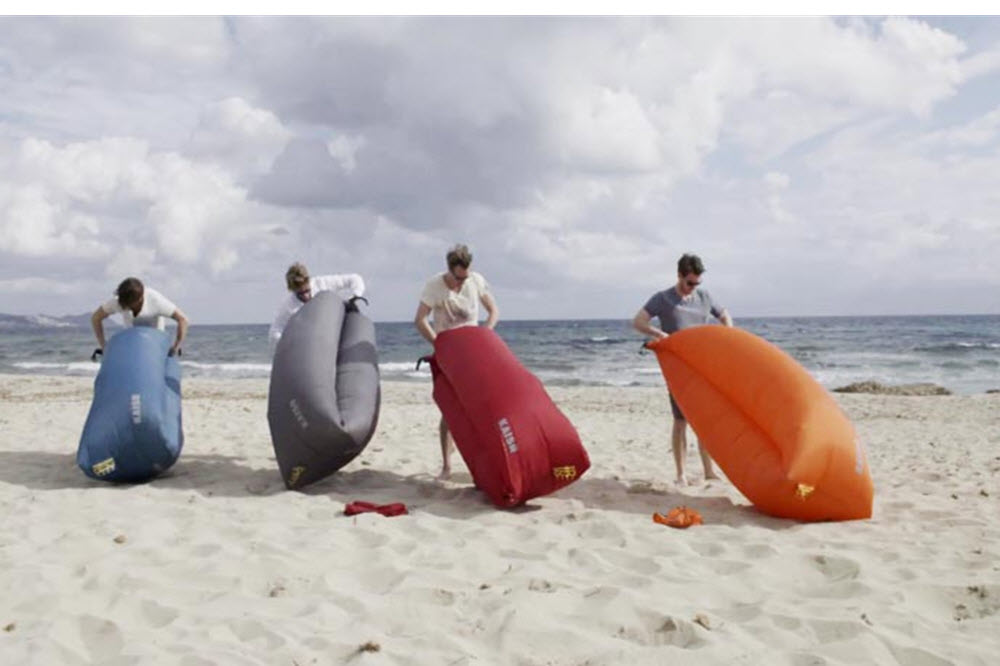