The North Face White Label – The North Face is just another outfitting company in the US, but in Asia it’s a force of nature. Japan has the Purple label, and Korea has the White. For Spring and Summer, the White label traverses from outdoor goods to casual pieces infused with technical textiles. From trench coats with The North Face’s waterproof and windproof HyVent to slim-cut camouflage pants the collection also has room for a series of sportswear. From a women’s collection to a men’s. the assortment of pieces use fun prints and modern cuts. 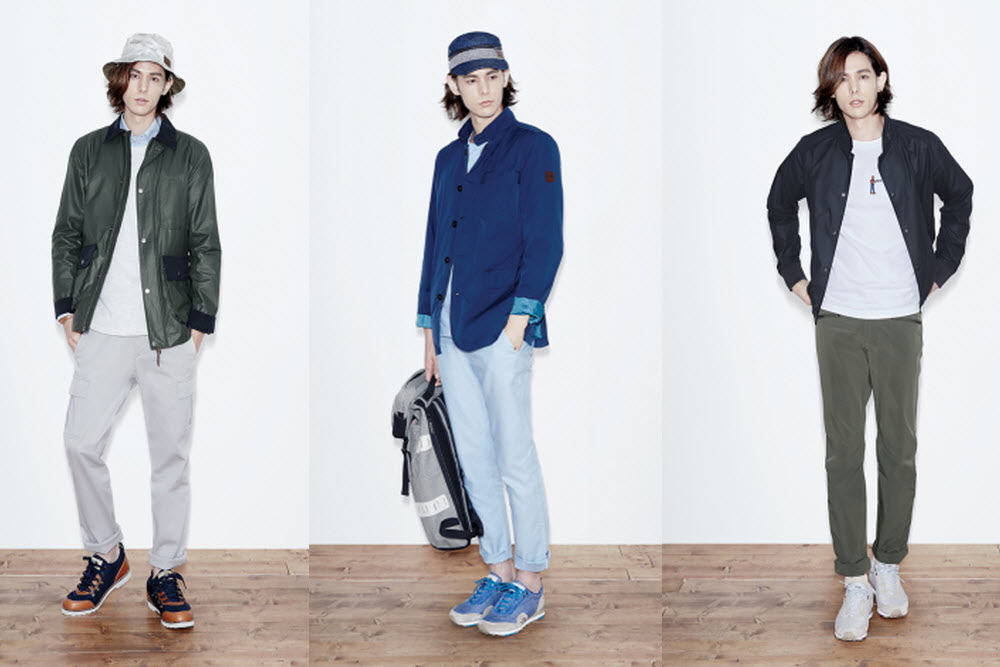 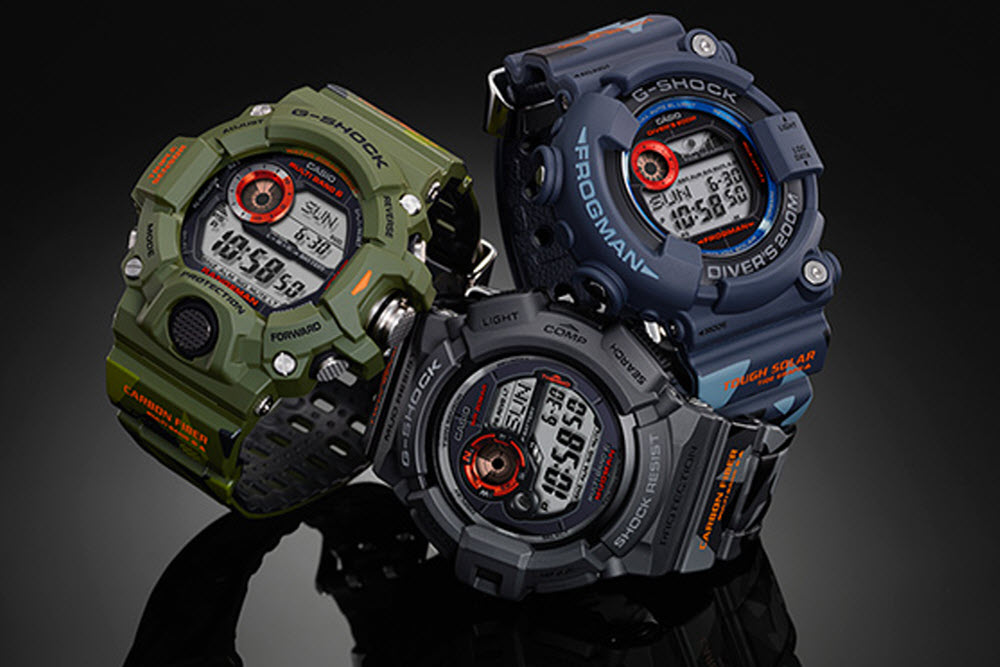 Feature x Saucony “The Pumpkin” – Features continues its casino-themed collection of Saucony runners, and it’s totally outstanding. The new “Pumpkin” colorway is based off the bright $1000 chip and startes with premium tan suede uppers with muted orange and green highlights. The bit of black detailing gives it just enough contrast, and the 3M trim is also a nice touch. What brings everything together is the off white speckled midsole and the fresh gum outsole. 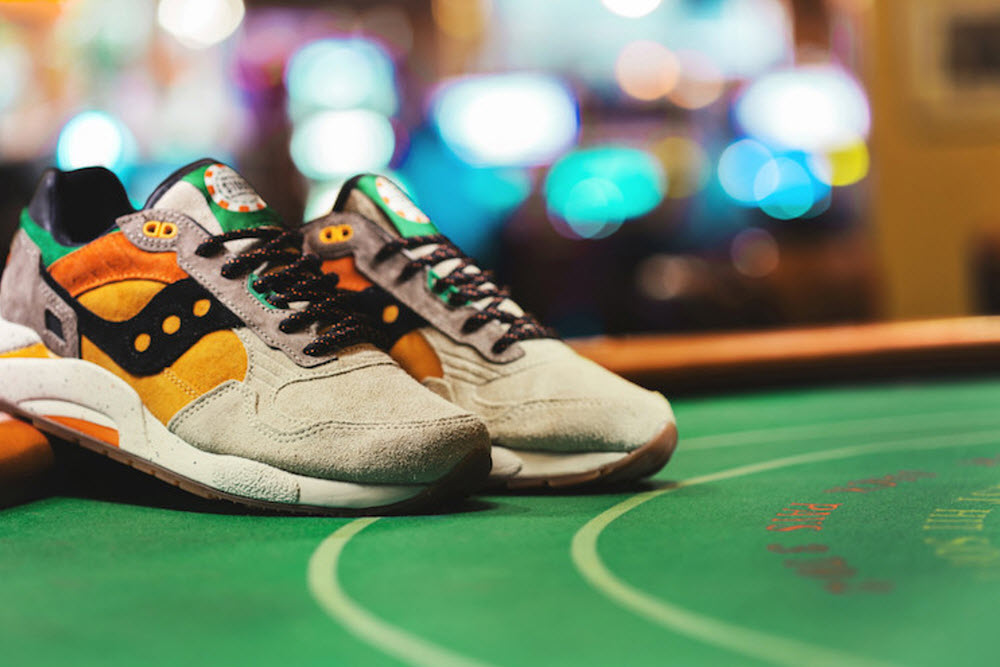 Runcible – The smartphone is ruining dinners, but Runicible CEO Aubrey Anderson wants to blame Facebook and has created the Runcible to remove that element. The disk-shaped trinket looks like a curio you find in a vintage shop, and this is all by design because the Runcible is meant to be the perfect smartphone alternative. It does nearly everything you want a phone to do like call, text, offer directions, and browse the web. But, if you want to play Angry Birds or check IG, then you are out of luck. For those who lack the self-control to check their phones every 5 minutes, the Runcible may be the perfect solution. 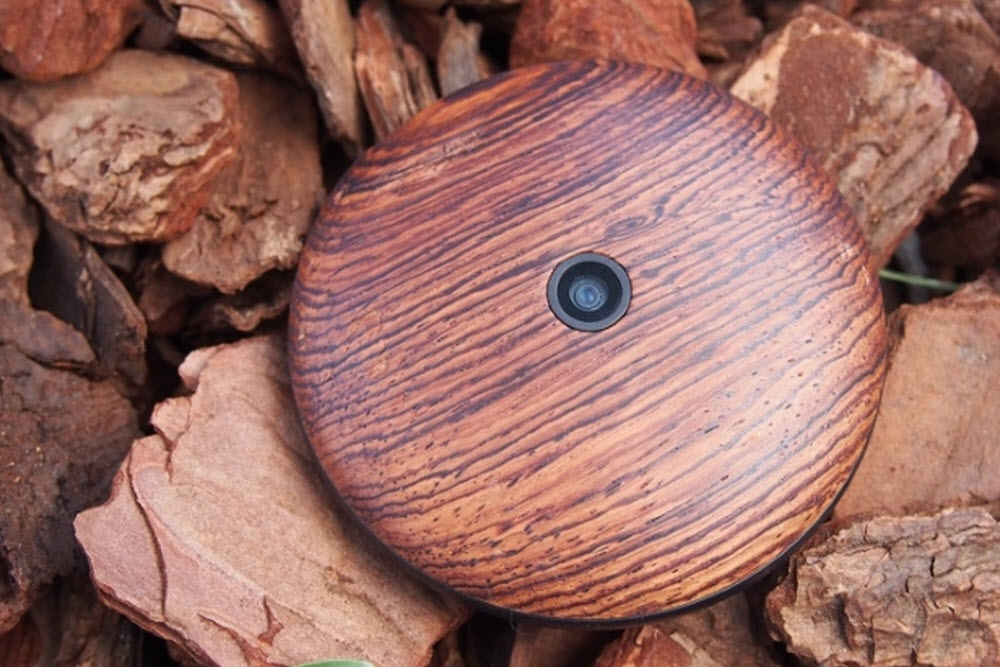 Norse Projects Spring/Summer 2015 – Scandinavia is on the come up and Norse Projects has been the brand to lead the charge. The Copenhagen-based brand continues to bring clean and crisp styling to the rest of the world. The Spring and Summer lookbook shows that contemporary and function is still at the helm with a collection of button-down shirts, heavyweight fleece, thick T-shirts, and light outerwear. The aesthetic is minimal and those who appreciate a refreshing change from graphic T-shirts can give Norse Projects a try. 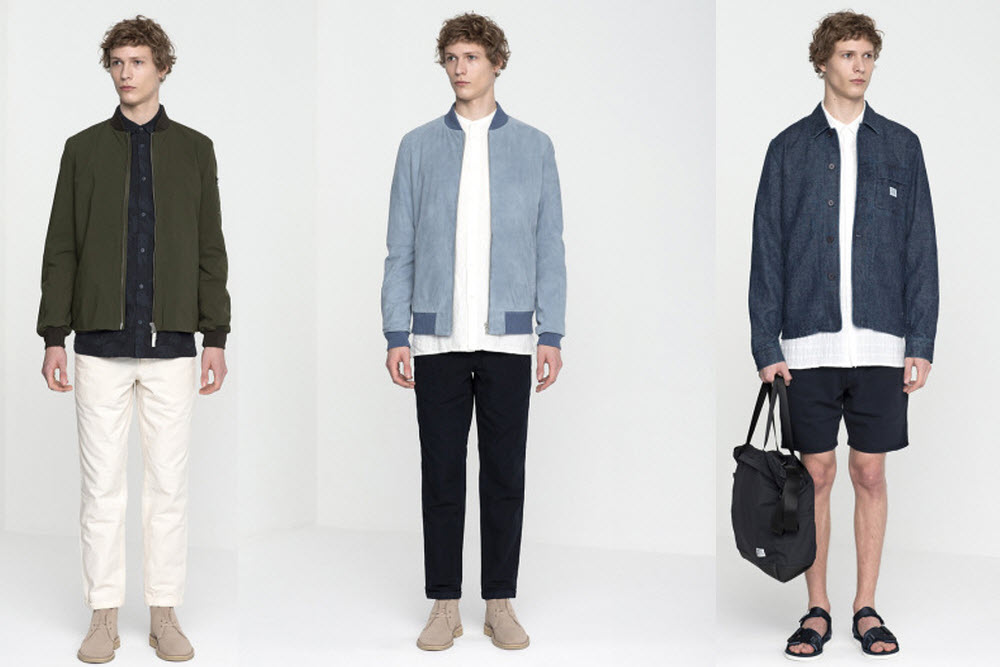 Snow Peak HotLips Titanium Mug – For those that enjoy the great outdoors a cup that can be heated and serve as both a mug and bowl is a perfect way to consolidate space. Japan’s Snow Peak cup can do this with its titanium construction, but it also comes with a silicon HotLips sleeve that serves to protect your lips from burning hot liquid. In addition to the HotLips sleeve and the awesome construction, the cup only weighs 3 ounces and is made entirely in Japan. 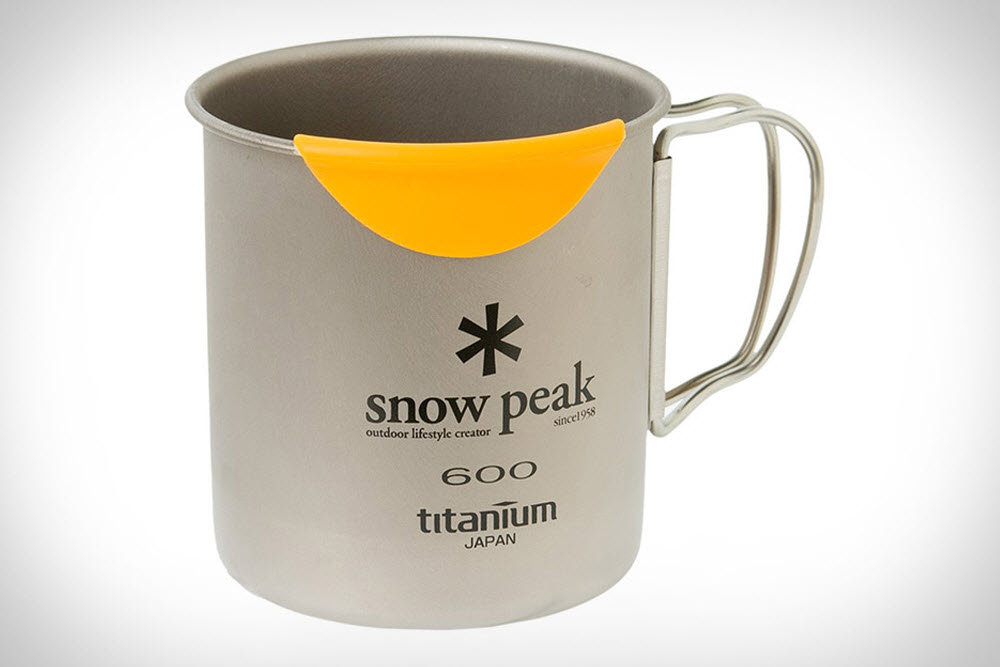 Tanner Perforated Print Collection – Tanner Goods has come along way from making belts and wallets for SuperFuture users. This Portland-based brand continues to grow with a new Perforated Print collection. Using four of their most popular models, the Legacy Cardholder, Travel Wallet, Utility Bifold, and the Journeyman are now available in a perforated design. As always, only the finest leather has been used and fans can choose between the rich brown Chestnut Dublin or the refined Black Rich Chromexcel. The Perforated Print collection is available now, and both colorways have been produced in very limited quantities. 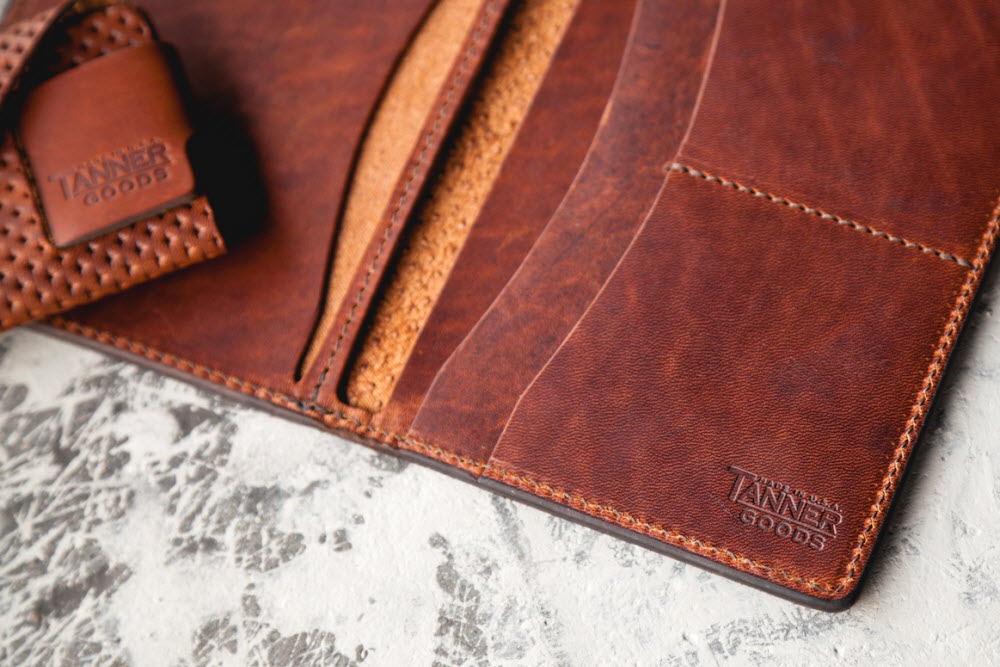 adidas Originals SL Loop Runner “Army” – The SL Loop is a worthy contender to the Roshe Run. This casual runner comes at an attractive price point, and is offered in some of the freshest colors. The latest “Army” colorway is kick ass to the core. The uppers are a blend of mesh and suede that use the classic military olive green. Black leather lace-eyelets provide a solid transition while the red hiking boot laces makes a stark contrast. The outfitting aesthetic is further enhanced with the speckled midsole, and the clean black outsole. 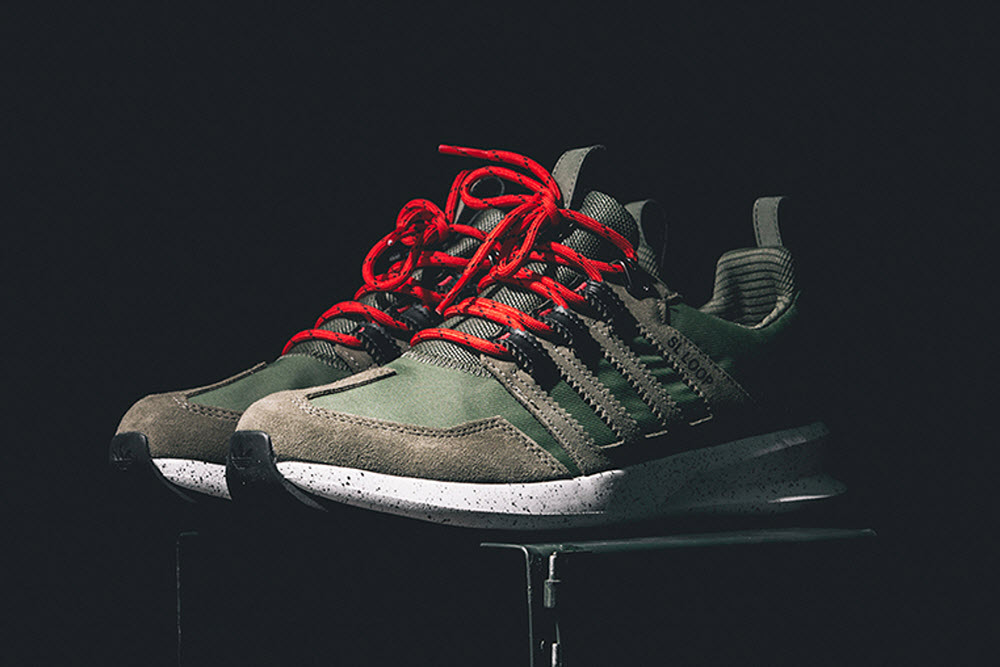