This Thursday morning, The Hundreds Spring 2009 Delivery 2 hits THLA and THSF. Here’s your first look at some of the pieces from this second season’s collection…

CIRCLE OF HATE. Illustrated by our man WHALEBONE. My concept behind the graphic was driven by all the haters out there who, by wasting so much energy on their web of negativity, work against their own progress. I’d be lying if I said I wasn’t somewhat satisfied by watching all the snakes defeat themselves through their attempts to keep others down. Does that make me sound bitter? 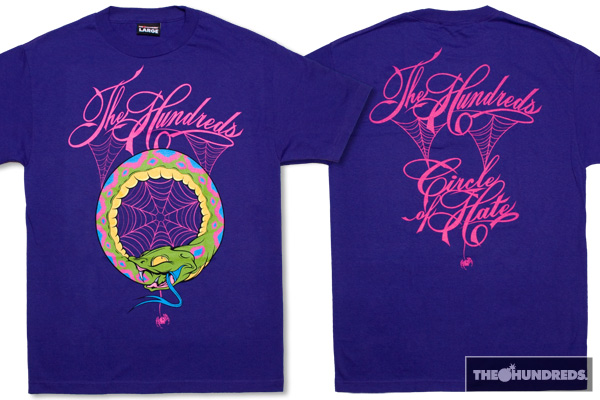 Our Richies chinos were the surprise hit of the early Spring season, and now we’re back with some more non-denim, the UPPERDECK pants. The cotton twill pants adorn front-paneled pockets with a small direct-embroidered Adam Bomb hit in the corner. 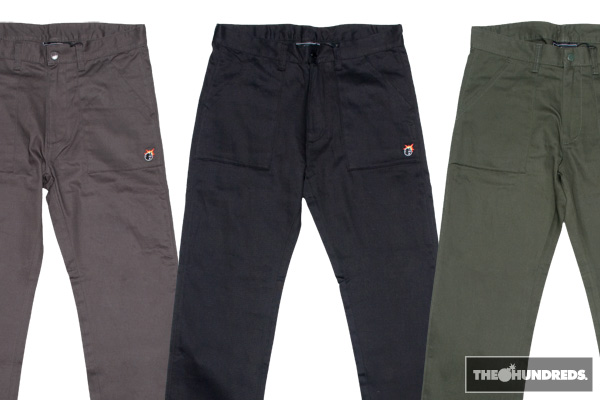 SARAH. A nice segue into the warmer months with a cotton/polyester yarn-dyed plaid short-sleeve button-up shirt. 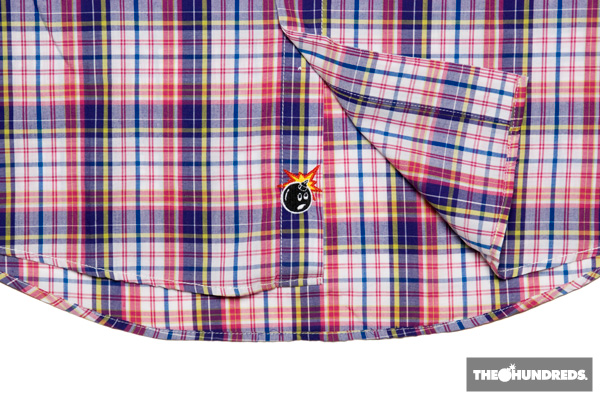 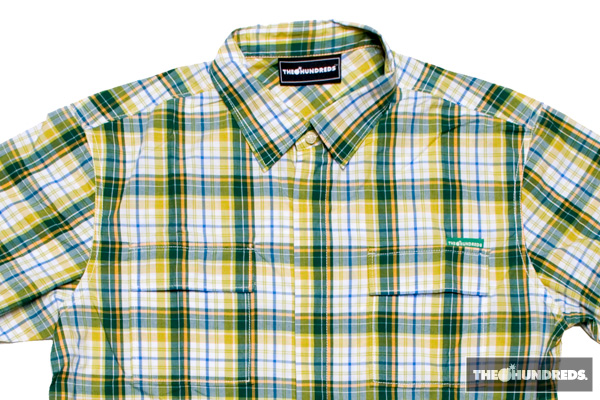 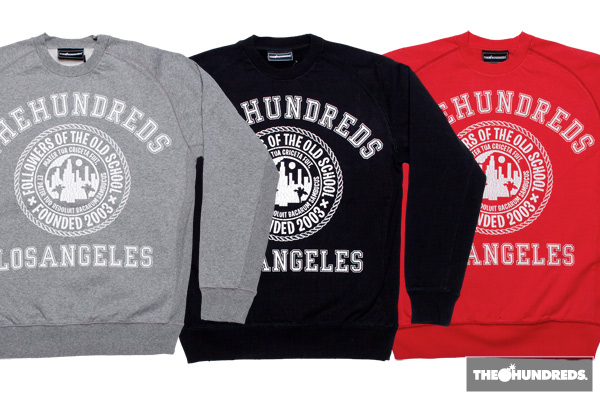 RESPOND. Our popular denim enters a second life with raw ring denim shorts. Offered in 12.5oz cotton indigo and black with the signature JAGS chain-stitched on the back pocket and contrast stitching throughout. 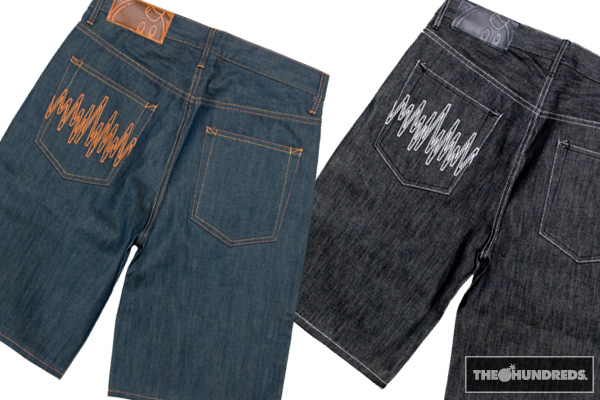 Legendary 1980s-era T&C Surf artist Steve Nazar returns to TH with WELCOME TO THE JUNGLE, in which we had him whip up our own cast of characters to represent The Hundreds lifestyle.. 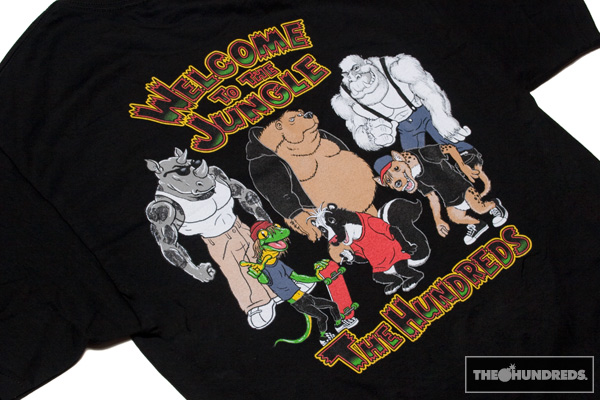 STASH. 400gm cotton fleece zip-up hooded sweatshirt. Offered in the following heathers with a crest snap pocket and screen-printed graphic on the back. 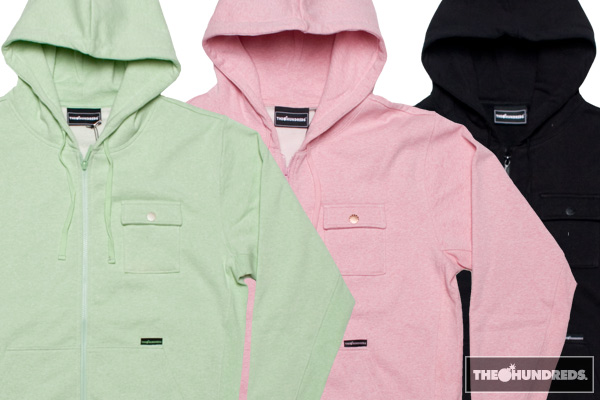 MEMORY. An updated throwback to all the classic surf-themed striped tees from our youth. 200gm yarn-dyed engineer stripe t-shirt. 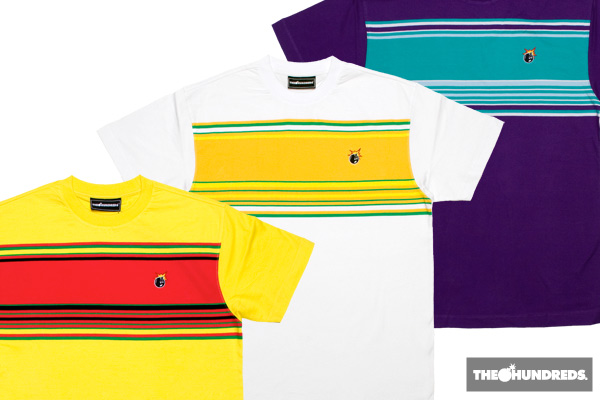 There he is. CONNECT. 400gm cotton fleece zip-up hooded sweatshirt with a high-neck. Screen-printed graphic over the kissing zipper, and I see our custom zipper-pull in there. 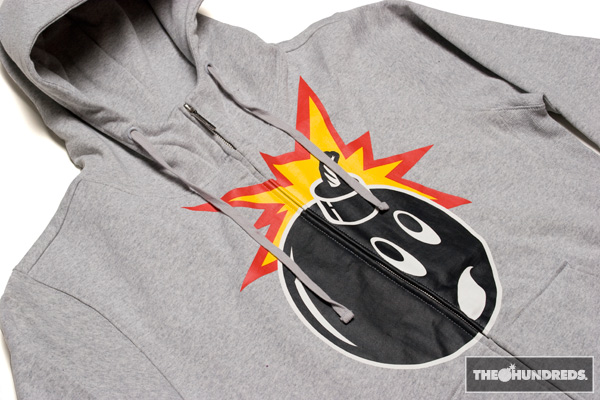 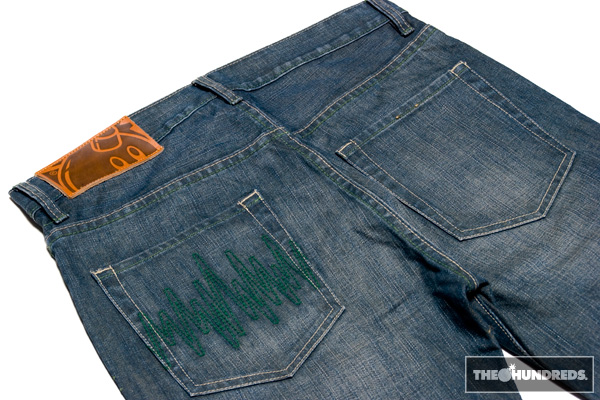 COCOANUT. This is one of my favorite graphic t-shirts in a while.. it’s an homage to the world famous Ambassador Hotel and it’s club, the Cocoanut Grove. Both of which have been closed for decades, and unfortunately, demolished last year.

The Cocoanut Grove was regarded as the most famous L.A. nightclub throughout the heyday of 20th Century Hollywood. It was the first place where the gold Oscar award was presented, and the biggest movie stars and celebrities partied there for decades.

The Ambassador Hotel itself was a Los Angeles landmark. The Charles Manson jury stayed there during the infamous trial. Countless movies were filmed inside different areas of the hotel, including Anne Bancroft’s Mrs. Robinson seducing Dustin Hoffman in The Graduate (an allusion to another one of our shirts from the season), Forrest Gump, and Pretty Woman.

But The Ambassador Hotel is most known for it’s Embassy Ballroom, the site where presidential candidate Robert F Kennedy was assassinated by Sirhan Sirhan in 1968.

The shirt dons the Cocoanut Grove’s logo on the front, and the Ambassador’s emblem on the back. 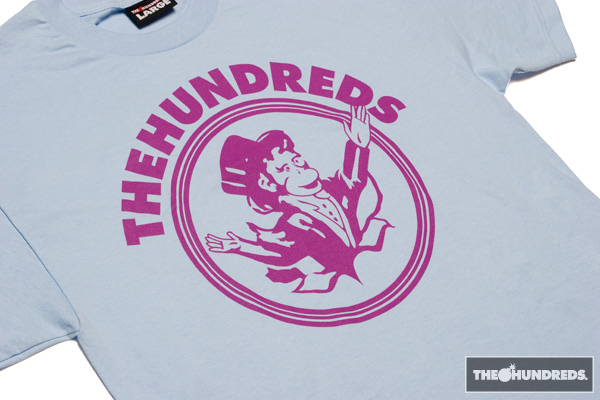 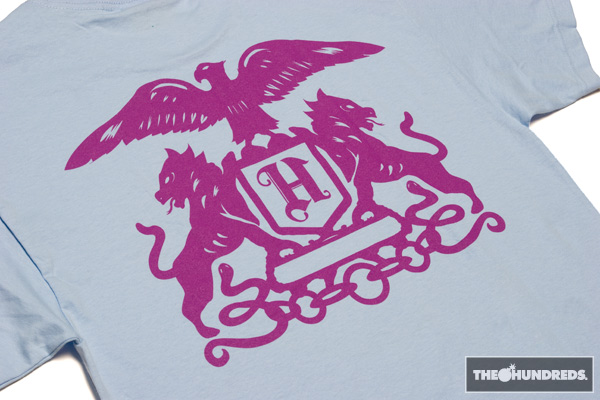