And this is the prologue to The Hundreds New York. 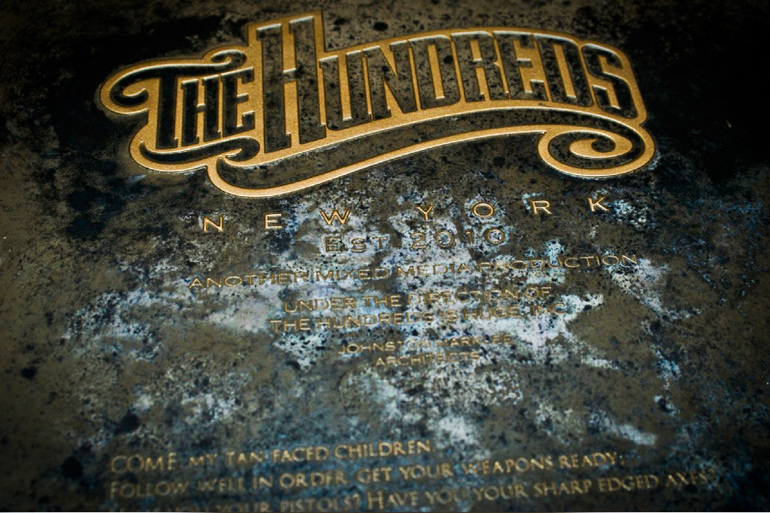 The fact of the matter is that Ben and I have been obsessed with The Hundreds New York since the beginning. I still remember the day, not long after we had started our brand 7 years ago, when Ben was out visiting friends in New York, and called me to discuss plans on opening THNY. And we hadn’t even laid a brick for THLA yet.

New York is important to us, because we are first and foremost a streetwear brand. And while genuine streetwear was established by West Coast brands like Stussy, XLarge, Fuct, Freshjive, and a slew of others in the ’80s and ’90s, New York brands catapulted the modern idea of premium streetwear in the late 1990s through names like Supreme, SSUR, J-Money, and Alife. That spun out to Tokyo and across Europe, and right back here to LA with the current renaissance of streetwear labels. Like, for example, us.

Aside from it’s rich history as a youth cultural mecca, New York is also important to The Hundreds because we have maintained a captive audience there. Which has impressed us considering our background as a California brand. The Hundreds is themed on Los Angeles Lifestyle / California Culture, but as with anything that is a pure West Coast tradition – everything from skateboarding to Hollywood, Chicano art to Tupac Shakur – it’s a message that has spread with or without our help, and is practiced, worldwide. 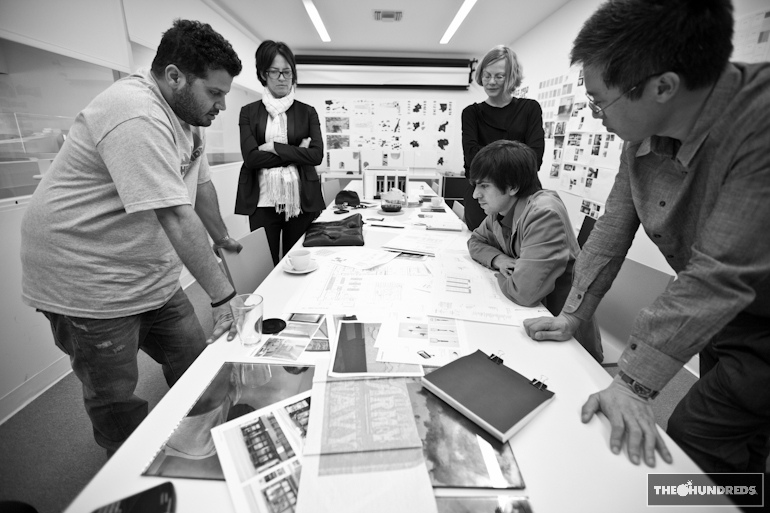 2 years ago, we began laying the real groundwork for The Hundreds New York. Not more than a couple months after The Hundreds San Francisco slid it’s door open, we were on a flight out to NYC to get a feel for locations and local response about our move into the City. Initially, we had planned on opening THNY within a year, but now it’s been twice that amount of time, and rightfully so. After hedging our bets on several locations throughout the city, bidding wars, building relationships with the right staff, negotiations, and straight-up cold feet, we finally set our hearts on 96 Grand. 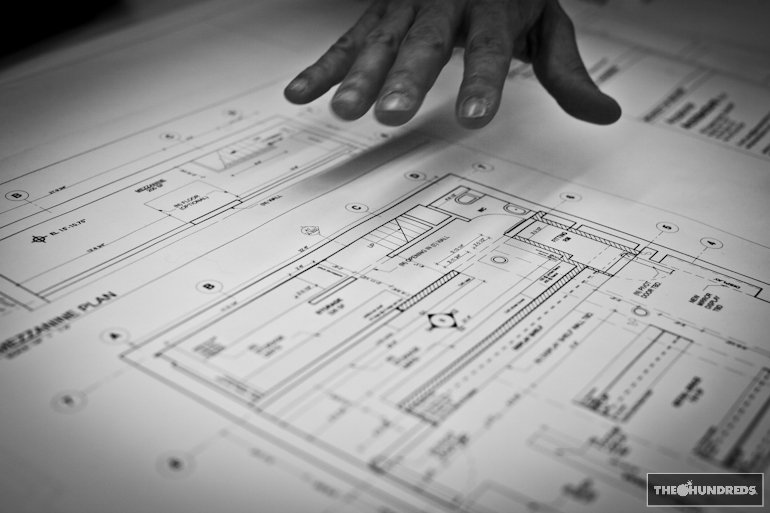 The next step was finding an archtiecture firm who could fulfill our vision, and who also could infuse their own style and trademark character into the project. That firm wasJohnston Marklee, more widely recognized in the art and high-profile architecture realm, as opposed to let’s say, streetwear. For the unfamiliar, their portfolio is comprised ofMaison Martin Margiela’s store in Beverly Hills, theView House in Argentina, andthe Helios House (gas station that looks like the Flight of the Navigator spaceship to me).

But Sharon Johnston and Mark Lee believed in us, and this project, and took our original concept of a modern boutique imagined 70 years into the future, and .. well, owned it. The images you’re looking at here are snapshots over a year’s worth of meetings, brainstorming sessions, and re-workings. Just look at Ben and his different levels of furriness throughout the process. 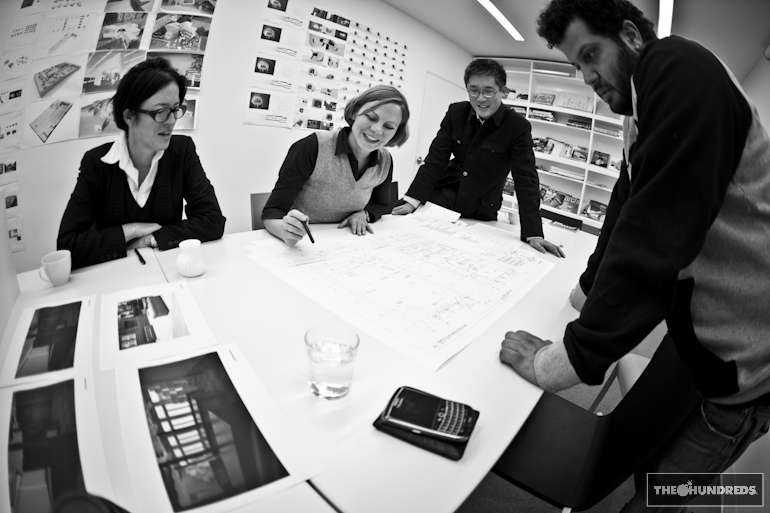 It just goes to show that what you’re about to see this Friday in New York is not some overnight production or a whimsical notion that sprang in our heads. The Hundreds New York celebrates its grand opening on September 3, 2010, but really, it’s always been here. What you’re witnessing is just the unveiling.

Thanks to all for your support, and we’ll be here, still, marching on. 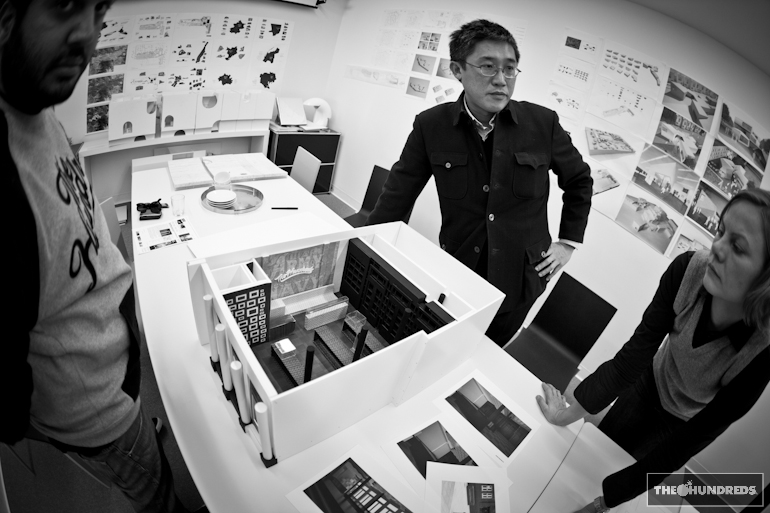 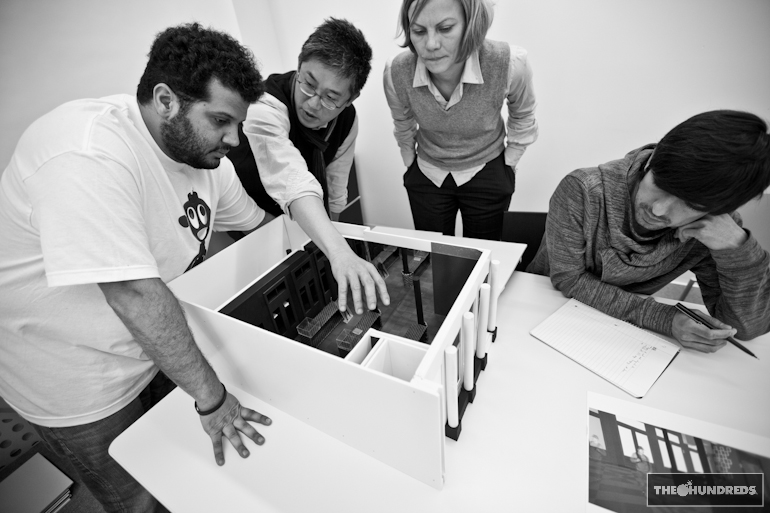 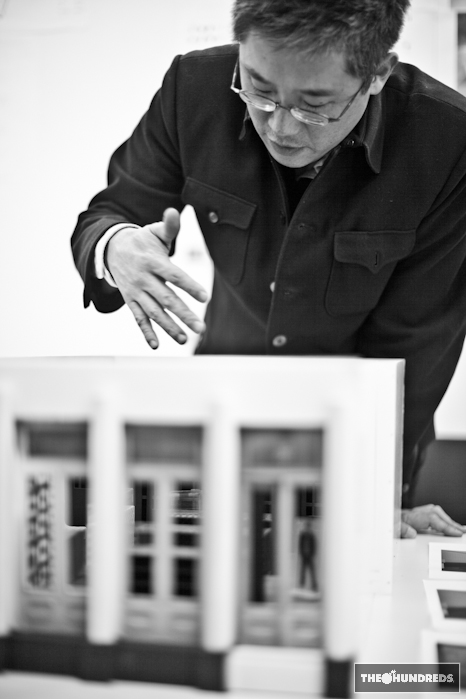 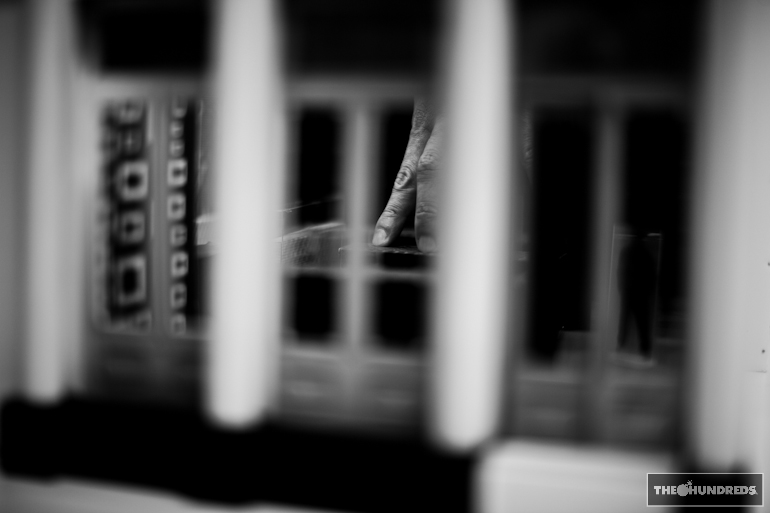 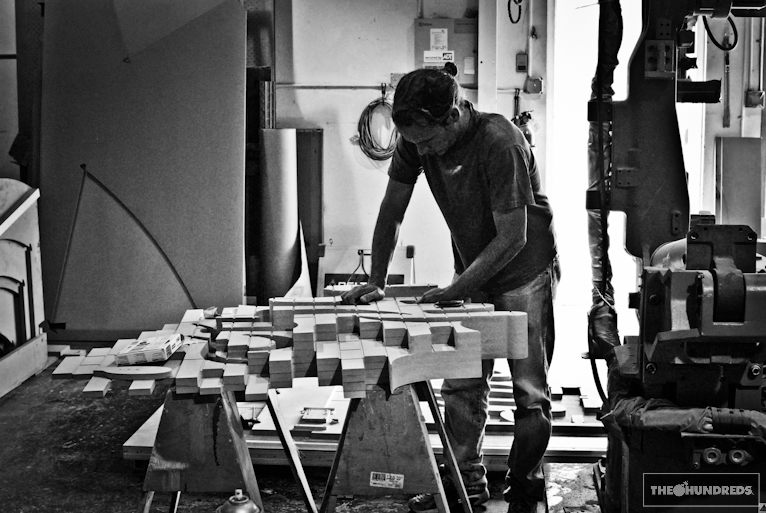 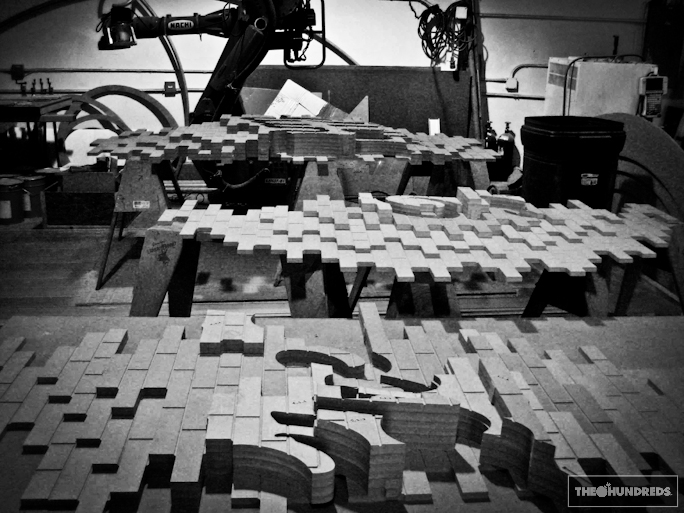 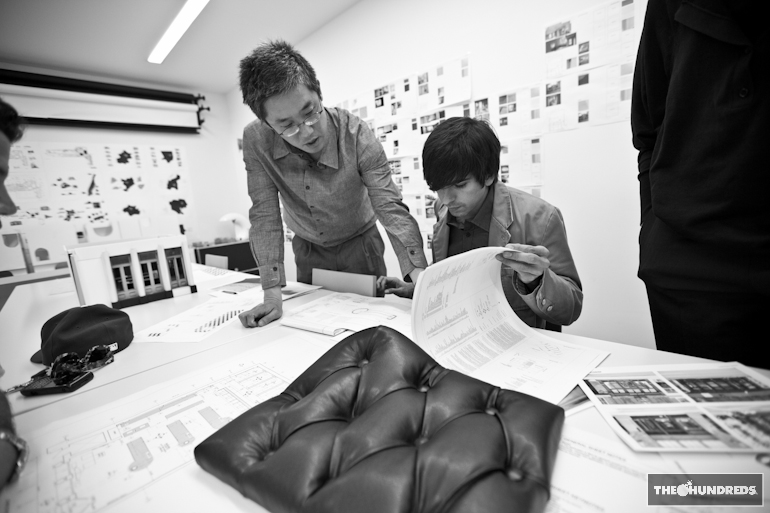