At the heart of New York City resides the Ecko headquarters, fashion mogul Marc Ecko‘s own designated building in the swirling metropolis, holding a roof over the his and Seth’s empire (Ecko, G-Unit, Avirex, Zoo York, and Complex Magazine). It’s rather respectable, isn’t it? To start off as a pharmacy school student, selling 6 t-shirts, to running an enterprise worth well over $1 billion.

I mean, opinions on apparel and publishing aside, you gotta admire this guy’s marketing ammunition. Saving white rhinos from being killed, duping the White House into believing he’d bombed the Air Force One, making an entire video game based around graffiti, the Barry Bonds baseball auction. C’mon, just getting Barry Bonds to publicly call him an idiot, being interviewed on the morning news and plugging the Marc Ecko name-brand into homes across the nation. Gargantuan. 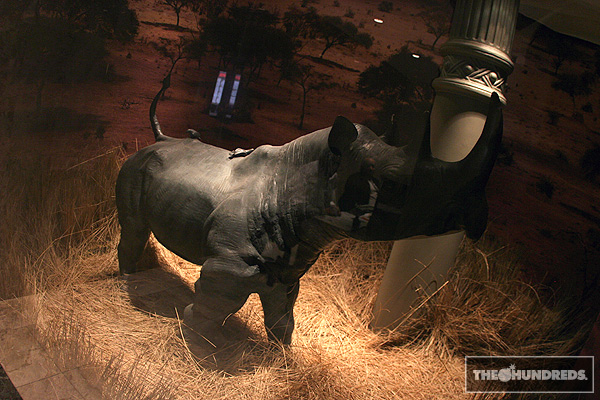 This is Marc’s glass-encapsulated office. Essentially, his bachelor-pad away from home. See the personal chefs in the corner (supposedly Marc likes to whip up some gourmet dishes during the workday as well), a basketball court, library upstairs, etc. etc. etc. etc. etc. etc. 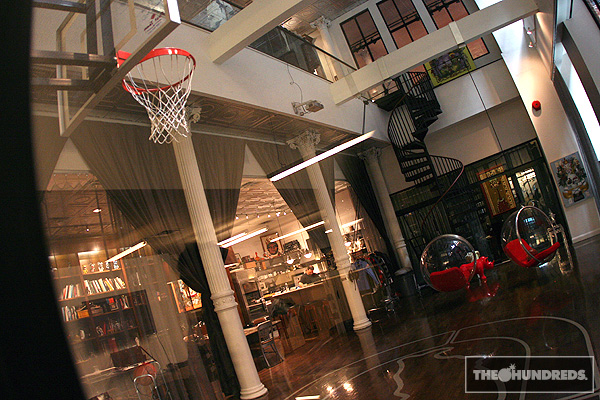 He’s also amassing quite the art collection. Most of this stuff done personally for the man himself. This is in the lobby, and I guess the lights start flashing? 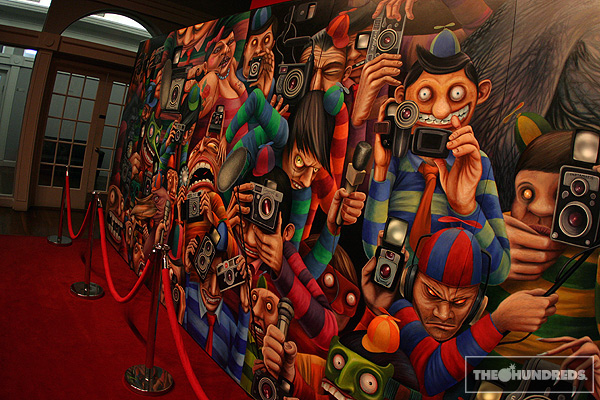 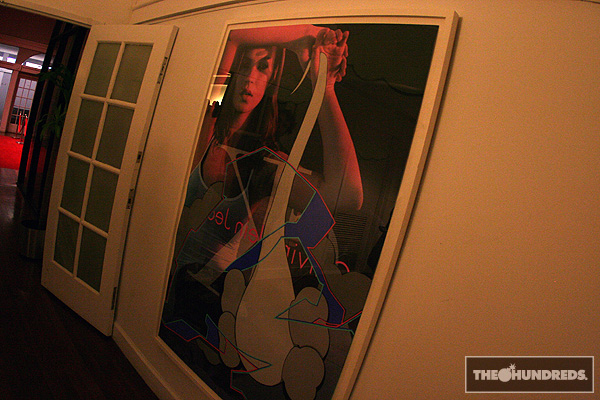 Bradley (Complex) showed me a dope video by BLU. I just put it up in VIDEO DAZE. New’scool. 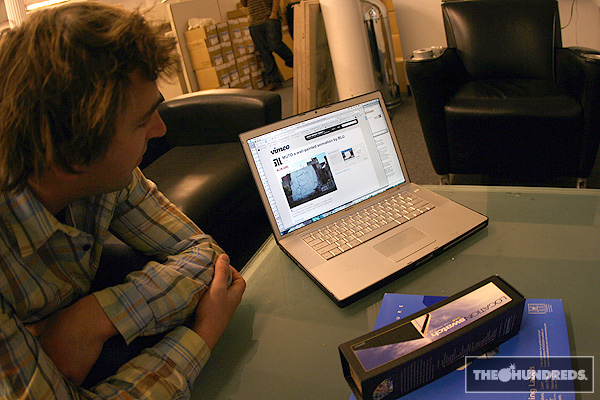 Back down in Nolita. Say hello to esteemed jeweler and artisan, Gabriel Urist. 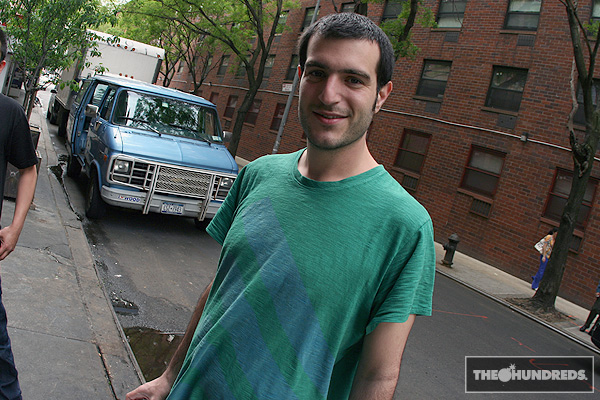 It’s cool to be around creative people like Gabe who are not only involved in other areas of design, but are mastering and reinventing their craftstmanship. Right now, he’s working on official NBA merchandise, and he also has the MLB license as well. 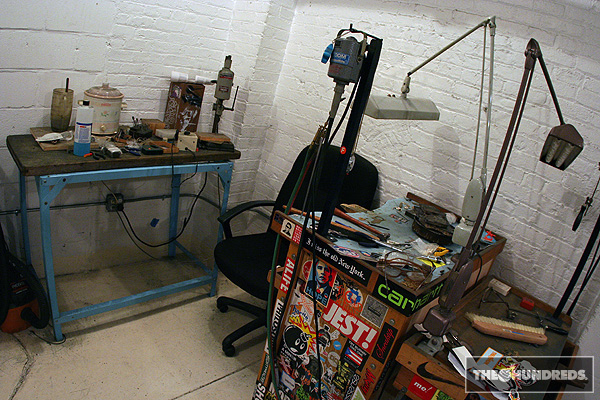 Mighty Healthy just got their delivery of limited, online-exclusive 123Klan x Mighty Healthy t-shirts. On sale on their website NOW. I stole this one because I HAD TO BE FIRST (and Scien rules). 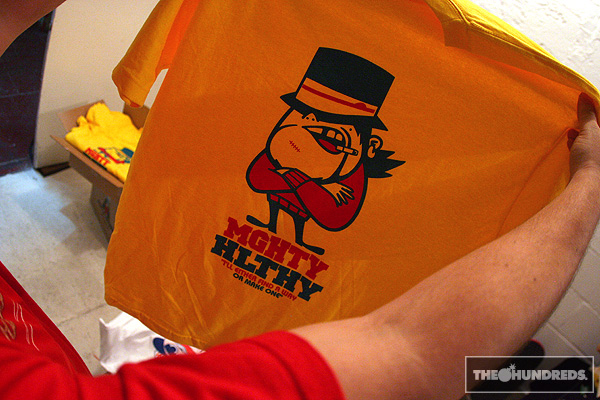 Over at SSUR+PLUS, wrecking shop with Sammy and Dave. At the end of the day, if you’re in New York, it always comes back to Russ’ shop. Anchor. 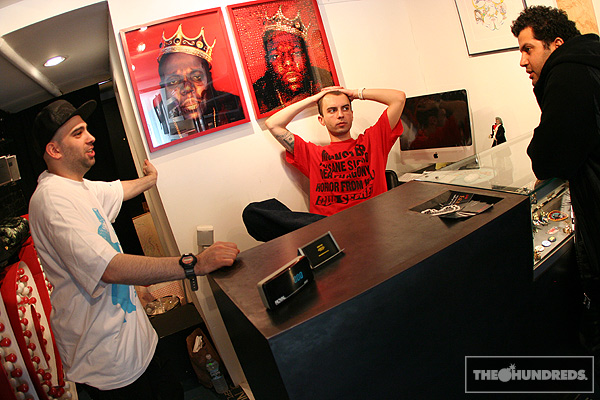 Check out this original “Breadman” sticker in decent condition. Has got to be over 3 years old by now. 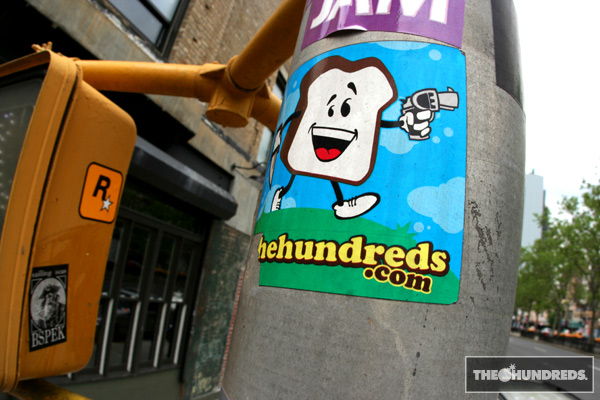 Virgin America > Southwest = Duh.
Virgin America > JetBlue = Working plug outlets. (I looked like I was running a special ops recon mission from my seat. Wires everywhere like an octopus.)
JetBlue > Virgin America = The chips are free. 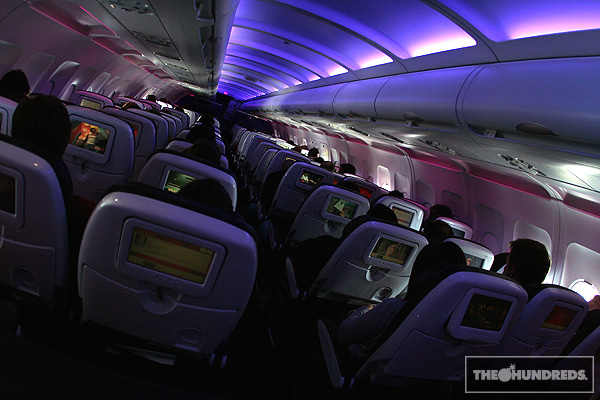