It’s about that time of the year that tradeshow season starts poppin’ off, and retail store buyers are gathering from Huntington Beach (Agenda Show) to Berlin (Bread & Butter) and everywhere in between. This week, we’ve been holding international sales meetings with our global distributors down at TH HQ, educating them on what’s in store for The Hundreds throughout 2010 and our offerings for Fall and Winter later in the year. It’s always fun for us to see our worldwide representatives altogether on our turf, .. this is The Hundreds World. 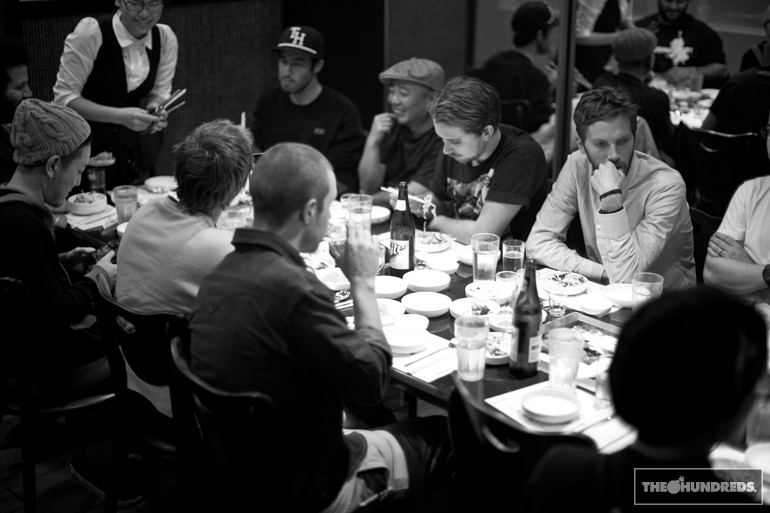 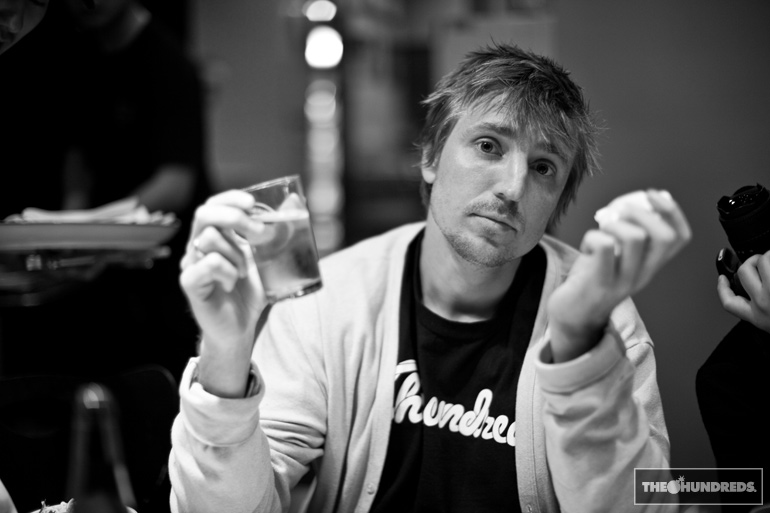 …and Sebas. They take care of us out in the Netherlands. Sebas is also pretty awesome in general. 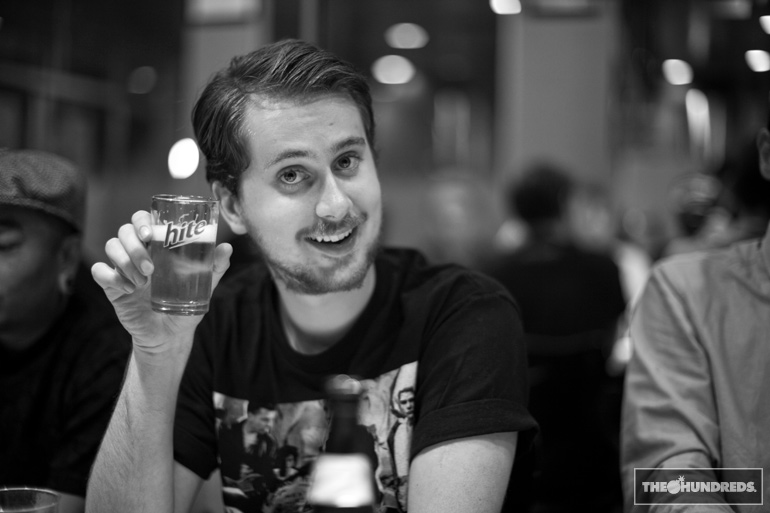 Next to Sebas is Steve, who not only represents The Hundreds in Japan, but he also runs our Japanese website. The best part is that he’s gonna have to translate this and blog about himself! FUN. 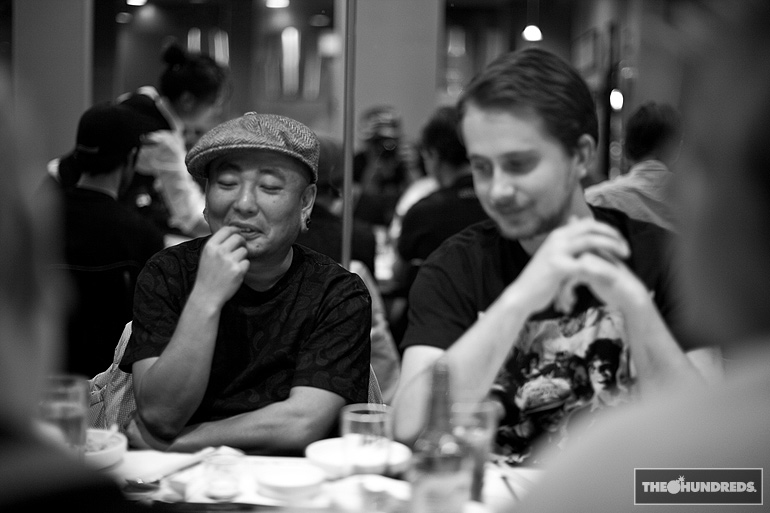 Looks like the kalbi’s ready. Oh, I think I forgot to mention that we’re at our favorite restaurant in the world (seriously), Park’s BBQ. 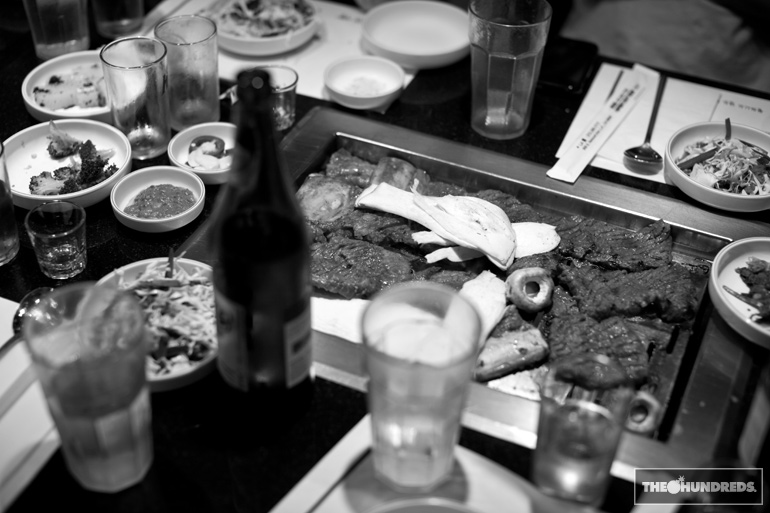 Einar is The Hundreds Sweden. And jetlagged. 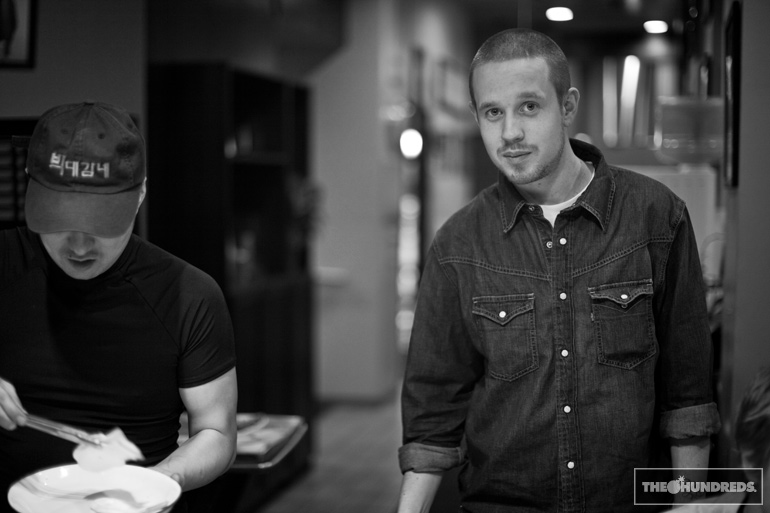 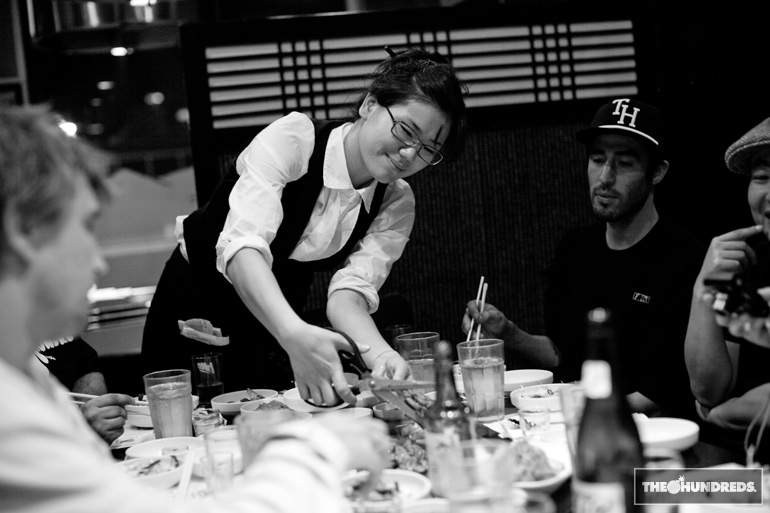 And that’s Garry Bone and Rod who equal The Hundreds Canada. 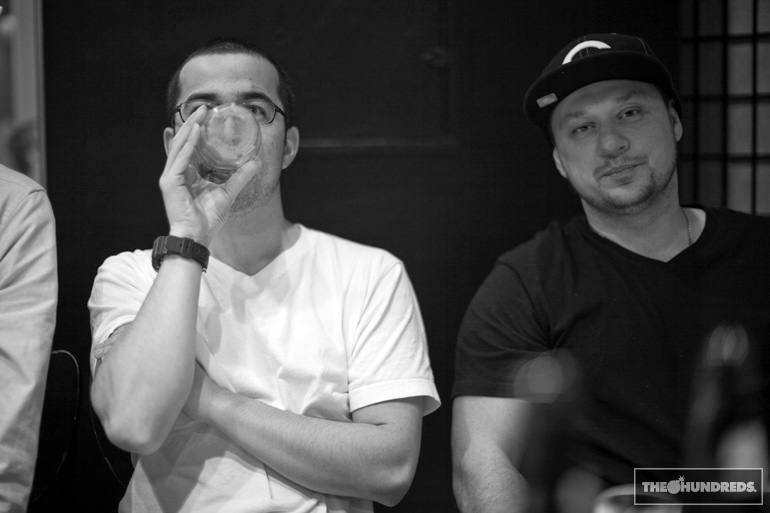 Most of the night was spent in conversation about skateboarding, music, and the new order of youth culture. For years, Garry and I have gotten into some lengthy banter about skate culture, where it’s been, at, and where it’s headed. It all came down to the point that everything in our world is so fine-tuned and PERFECT these days, that there’s a gaping lack of soul.

For example, the static-y, tinny acoustics on an early Operation Ivy recording may have indicated cheap studio time, but they enhanced the rawness of a true East Bay punk sound. A sloppily landed heelflip in a 90s Blockhead video may not have measured up to the polished fatty flips in a Mountain Dew contest today, but they contributed to the overall character of foundational skateboarding. With everything so squeaky clean and perfected nowadays, there’s little room for personality in subculture, and we think that’s the wrong direction.

It’s like beautiful girls. We all like looking at supermodels, but how long does that really last? The girls who stick around, and the ones who have substantial character, harness idiosyncracies and eccentric imperfections. Beauty hooks us, but flaws hold our interest! And unfortunately, these days, it’s all about making everything nice and tidy, refining out all the little things that really matter.