I’m about to get onto a cross-country flight, so once again, I’m stacking up on the reading material. It’s kinda like I’ll be sitting on the toilet for the next 5 hours, except middle-aged women will serve me peanuts while 200 other people will be sardined around me.

The May 12th issue of Newsweek is centered around “The Post-American World,” and features Fareed Zakaria’s cover story on “The Rise of the Rest.” Ben and I were just talking about this last week, how the U.S. has quietly taken a backseat to the rest of the world not only in terms of economic and industrial power, but entertainment, fashion, and culture as a whole. Whereas most red-white-and-blue-blooded Americans have always known the world to revolve around..well.. them, Zakaria shows that we are entering an era where the rest of the world is moving on to a Post-American reality. One in which is not determined or dictated by a U.S. standard.

I started to notice this over the past couple years of traveling around the world. Even up to a decade ago, most people I encountered overseas (as much as they hated America), were fascinated (or at the very least actuely aware) with what was going on in American pop- and subculture. What we were wearing, what TV shows we were watching, how big our boobs were getting. But these days, especially when traveling throughout Asia, it’s become glaringly obvious that anything American is actually kinda uncool. If anything, it’s representative of low-class or second-rate quality.

Even though the previous generations had always looked to American music and our social phenomena to gauge what was cool in the world, they eventually used them as the boilerplate to found their own re-appropriated cultures. So now, Hong Kong doesn’t have to look to New York, let’s say, to figure out who’s who or what’s hot. Because they have their own brands, designers, retailers, etc. that are doing it better and bigger themselves.

It puts us in an interesting position, in an industry that is based on chasing Cool, or influencing it in some way. It used to be an asterisk on your resume at the International Street Culture Job Fair, to say that you were a successful brand in America. Nowadays, most international retailers, brand connoisseurs, designers, what-have-you, truly couldn’t care less. In some circles, it could actually work against you.

I write about this because 80% of our readers are coming from the States, and I think Zakaria does a good job of reminding us that as the world grows, we need to continue to grow with it, instead of staying comfortably sheltered under the stars and stripes. Anyways, I probably did a terrible job of summarizing the article,.. whatever, you probably just skipped to this sentence because it was at the end and you saw a bright colorful picture coming up. So do yourself a favor and read it online. 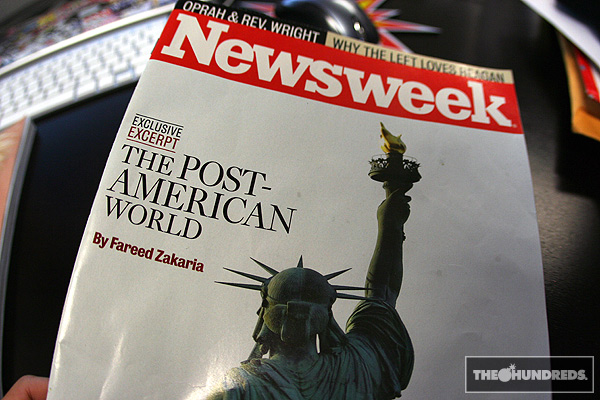 Again, today’s lesson is America pretty much sucks. For example, ID‘s Agyness Deyn issue already dropped elsewhere around the globe like 2 months ago, but of course the States had to get it last, hitting newsstands last week. Still, worth the wait. 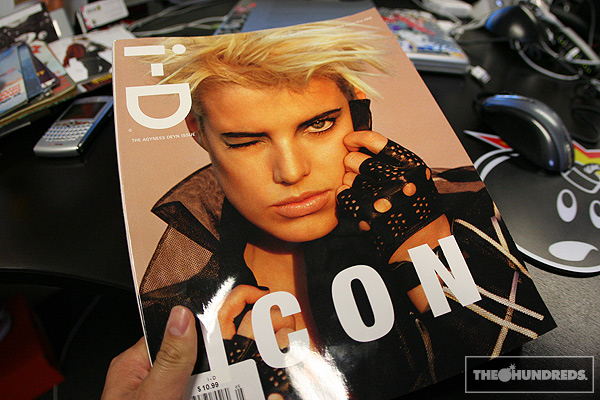 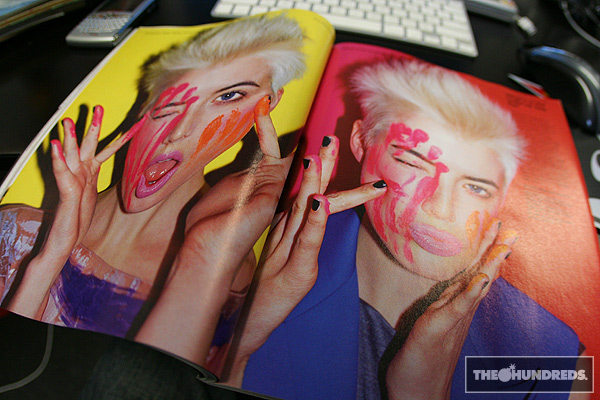 Agyness and Vivienne Westwood. Game over. 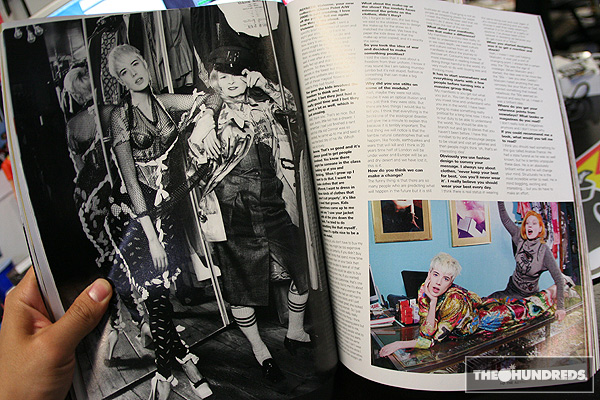 Ok onto the fun part. Jackson dropped off a boxful of his old surf and skate mags from the 80s and 90s. Check out that Jovontae cover in ’92. 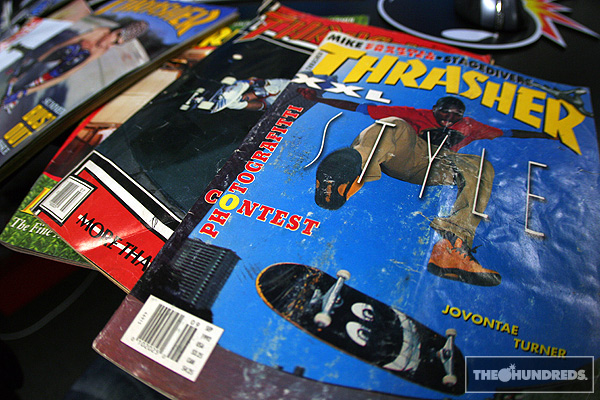 Back before his name was Earl.
Jason Lee. 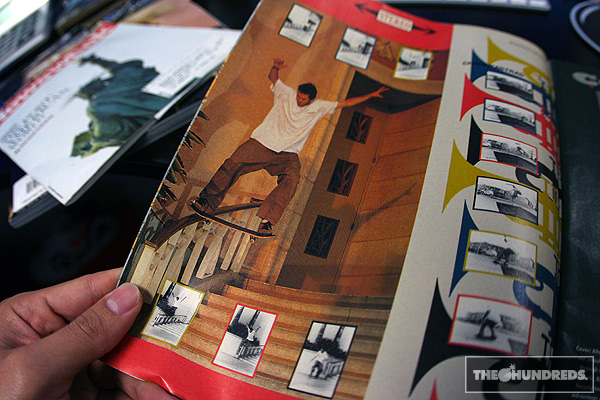 Man, the style was so much sicker back then. Especially because this is when most of it was materializing. Mike V not only made the chain wallet cool, but he introduced the cargo pant to youth culture. Word. 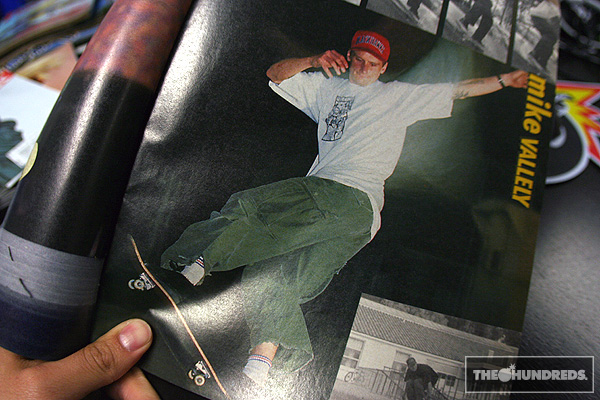 Update. Rene is now behind-the-scenes at Fitted Hawaii. (Ola dropped by today and approved this!) 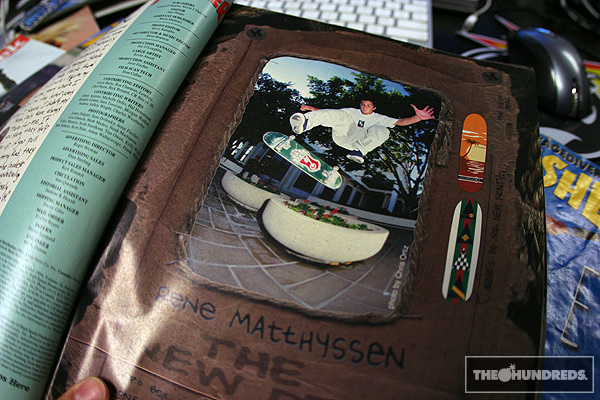 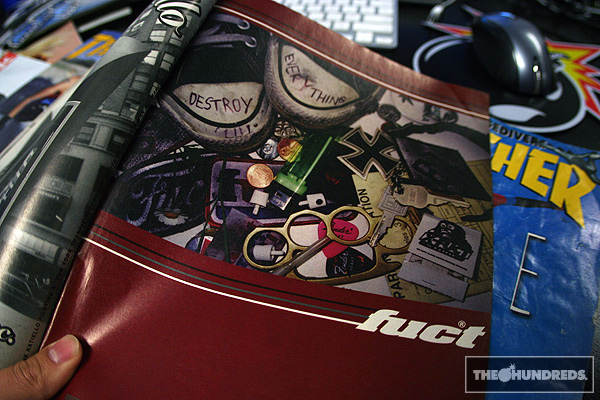 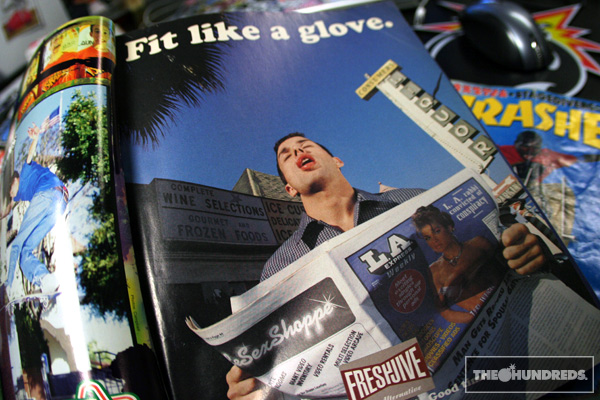 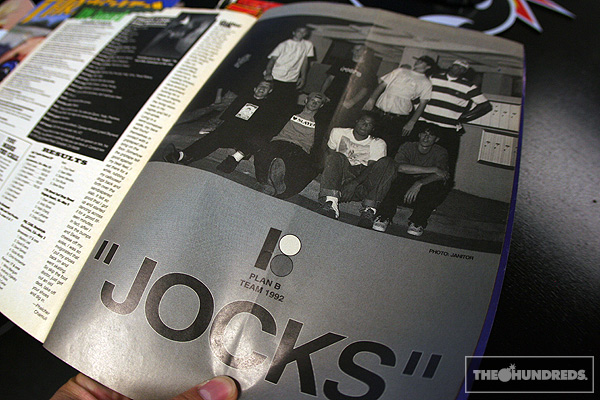 Long before Nash Bridges, Steve Berra was on Television. 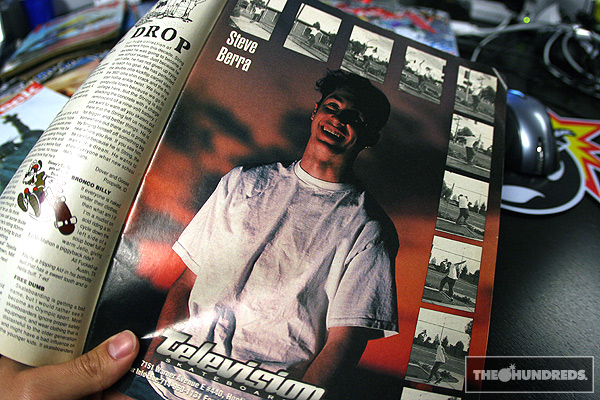 A lotta my friends didn’t get it, but I was heavy into Acme as a kid. Mainly for the classic Americana, cartoon graphics. And Eric Ricks. 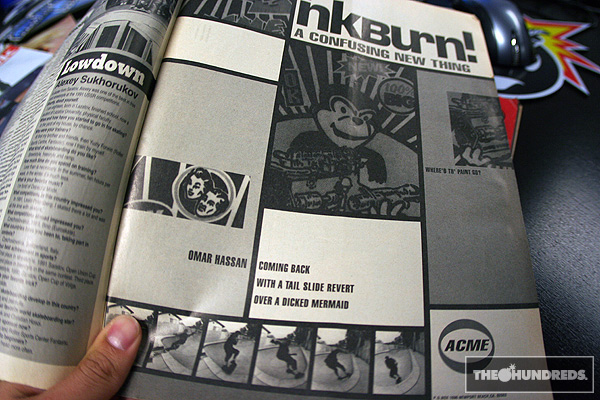 Remember when they called a boardslide a railslide? With or without a rail? 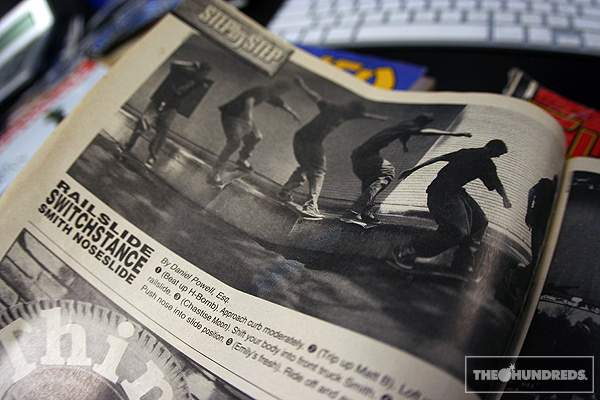 I’m late for my flight.